Restaurants Haymarket
3 out of 5 stars 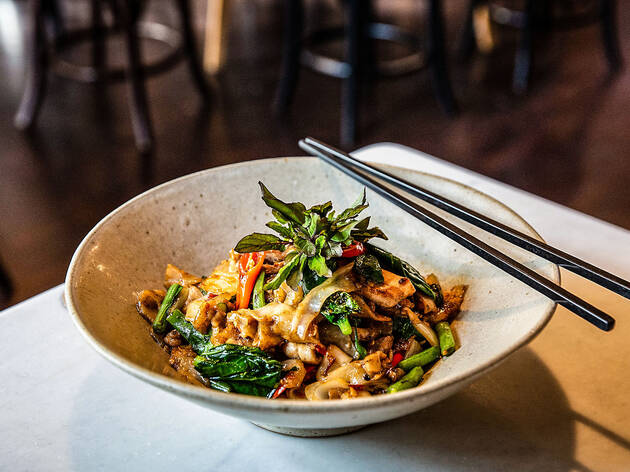 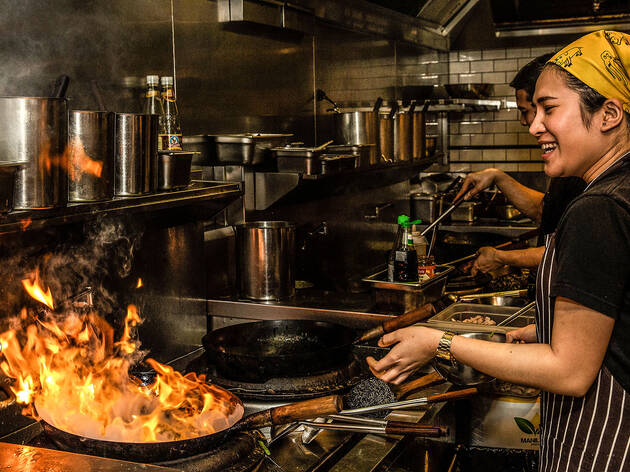 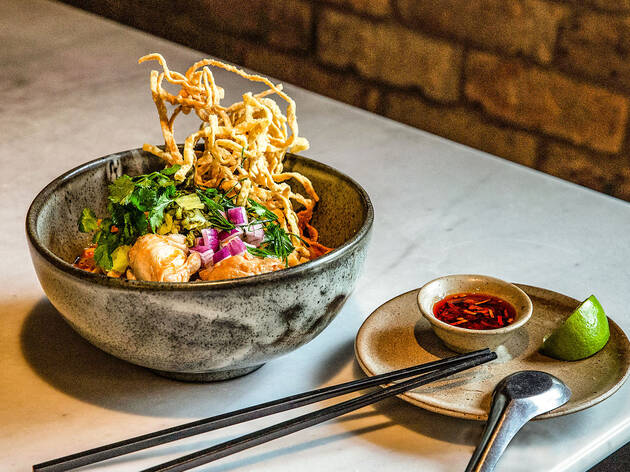 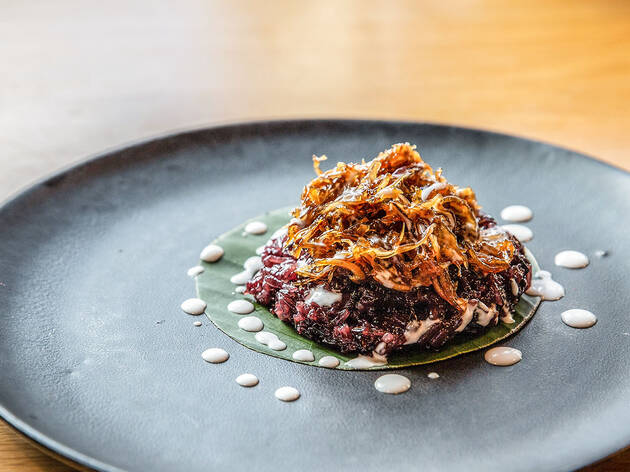 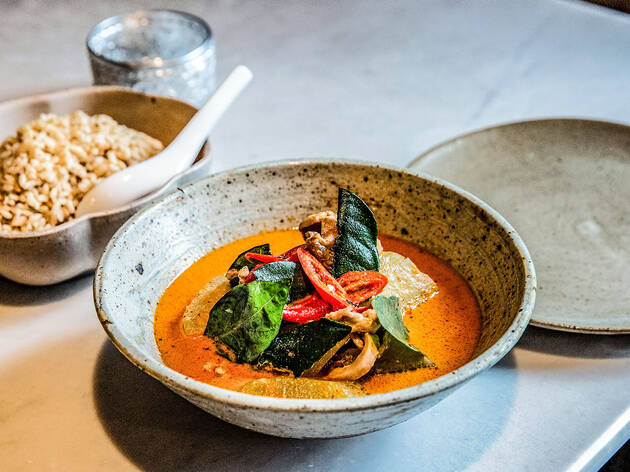 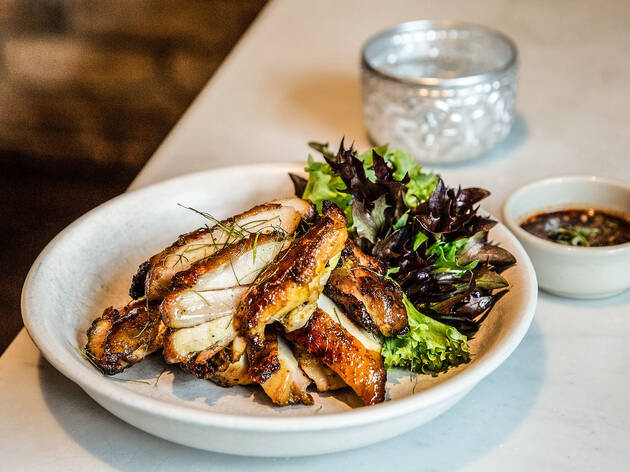 Wodged on Campbell Street between the city’s best Thai supermarkets – Lucky Thai and Pon Tip – is this new member of the Chat Thai family. They have restaurants all around town (Manly, Randwick and Galeries Victoria in the City) but this one may just prove to be the best of the lot.

As soon as you walk through the door into the New York warehousestyle space you’ll see a bunch of chefs toiling over flaming grills and boiling oil in a space big enough to swing a kitten. The room’s stylish – exposed beams, overhead fans blowing cool air over hot heads, dark wood panelling and high ceilings with the odd little quirky touch like old art deco lamps in the corners. It’s enough to make you forget you’re in Chinatown.

The wait-staff are a little slow off the mark. They serve water for the table in beautiful little silver cups that look almost ceremonial but keep forgetting to refill them and we’re at the end of the meal before they tell us the drinks we’ve ordered are unavailable. But these are trifles. The food arrives at good pace.

Thai food is all about eating little bits of everything at the same time. With this in mind, we start with the feather-light redfish fritters – powder puffs of kaffir lime spiked redfish mousse served with pickled cucumber. The chicken and prawn wantons – a lot like the Cantonese version you see at yum cha – are accompanied with a sauce that’s a little too sweet.

There are a lot of grill choices on the go here too, like tender pork skewers amped with roast chilli and ground rice relish. They also do a barbecue lamb that we’ll be going back for. The soup of pork belly and tripe is rich, delicate and piquant though it’s their version of that hawker classic Hainanese chicken rice that gets our vote. It’s a very similar offering with flavoursome slices of thigh meat and chicken tainted rice, only you’ll find bitter melon soup on the side instead of the usual bowl of chicken stock.

When it comes to dessert, you can’t look past the banana fritters. Deepfried in a dense, sesame seed laden batter enveloping sweet, syrupy hot fruit, it’s just like a holiday in Queensland without the vanilla ice cream. Or order a bowl of sweet little glutinous rice balls instead. There’s also something of a following for their waffles.

Chat Thai has its drawbacks: it’s hard to get a table unless you’re prepared to line up, they’re not licensed and a lot of the dishes are sweeter than expected. But for all this, it beats nearly every other Thai restaurant in Sydney hands down in terms of execution and flavour and earns massive big ups for décor. Mark it as a triumph for Sydney Thai.