There is a phenomenon at 125-year-old New Orleans restaurant Galatoire’s called ‘doing the turn’. It’s when you start a long boozy lunch that somehow, with the help of about a billion Bloody Marys, turns into you deciding to stay on for dinner. The people who eat here at Friday and Sunday lunch – young southern belles, men in white linen suits and women with orbs of carefully sprayed coiffs who look like they’d disintegrate if the breeze picked up – have been coming for generations. When you walk into the Chiswick, chef Matt Moran and restaurateur Pete Sullivan’s new restaurant, you get the strong impression this could become one of those places.

The pair have created a casual dining spot that’s pretty much the antithesis of their fine diner Aria. Sure, the room is crowded with Woollahra silvertails, dressed in varying degrees of white pantsuit. But Moran and Sullivan are rocking black t-shirts and jeans. Sullivan, who’s also in charge of the music (all vinyl, by the bye) pauses to flip Johnny Cash's At Folsom Prison before delivering yet another roasted lamb shoulder. Moran, on the other hand, isn’t allowed near the records – the TV chef has a love affair with Cold Chisel.

There are two parts to the Chiswick. There’s the bar, which doesn’t take reservations (you can still order the whole menu from here, though) and the long, white dining room where tables crowd around open windows soaking up the last of the warm autumn breeze.The Chiswick, if you're not wearing your food nerd hat, is built on the old Pruniers site - an East Sydney stalwart that rocked the blue chip trade from the '70s right up until it closed a few years back - and named after Chiswick gardens. Step across the lush grounds past thelit-up stone waterfall and you can see why there’s been a bride-blight here in the past. We sit at the bar, though we’d probably make the effort to book a table next time. As fun as it is to be right amongst it, the tall wooden stools with their sharp corners aren’t meant for a long sojourn.

That lamb, incidentally, comes off the Moran family property just outside of Bathurst. They’re currently going through 40-50a day and if you’re sitting in front of the open kitchen, you’ll probably see at least 20 leave the pass as you rip apart your own. It comes as a whole roasted shoulder on a bed of chickpea puree accessorised with little except a few chickpeas and a blade stuck in the top. Order a side of broccolini dressed with a little chilli and garlic and maybe some of the crisp hand cut chips.

If you’re going to hang out for one fried thing on the menu, make it the chicken, brined in buttermilk and served with a harissa-spiked mayo. The kitchen get a really good scorch on it, crumbing-then-frying it to a deep, deep golden brown. If you’re keen on just coming in for a drink (they have Estrella on tap) and a snack, put your face all over a veal slider. It’s a play on vitello tonnato – that classic Italian dish of veal soaked in tuna mayonnaise – but in sandwich form, on a soft sweet bun.

Service is a little all over the place at the moment, as they’re so new. The whole premise here is good food served quickly, and we notice a lot of dishes landing on the wrong tables. It’s nothing a few more weeks settling in can’t cure. And with an industry legend like Sullivan cracking the whip, we’re betting it’ll be sooner rather than later.

All signs point to the Chiswick becoming a Sydney institution. A place where brunch turns to lunch and sometimes even dinner. While the prices are set to maim rather than kill, it’s still easy to spend up big here, with an exciting wine list, a back-bar packed with great spirits (their bourbon selection is worth a nudge – go for a slug of Pappy Van Winkle), plenty in the way of boutique beers and even their own fresh mint tea straight out of the kitchen garden, where they're also growing radishes (check out the salad of rosa radish, cucumber, mint and goat's curd), cherry tomatoes and a big crop of herbs. This place has classic written all over it. You may not ever see Matt Moran pick up a knife here, but if you turn up at the right time, you may at least get an earful of Breakfast at Sweethearts.

Chiswick at the Gallery is now open at Art Gallery of NSW. 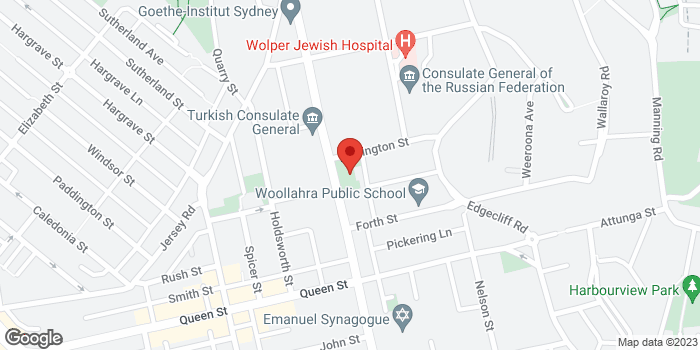