Restaurants Redfern
Recommended
5 out of 5 stars 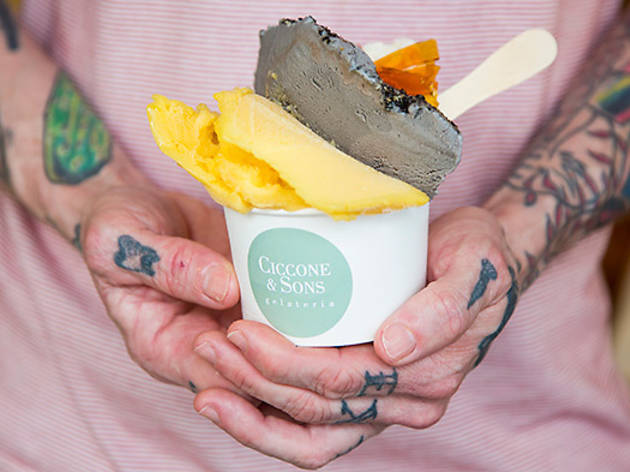 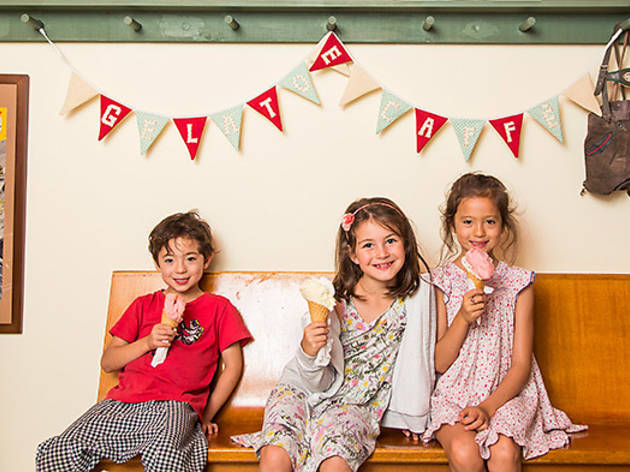 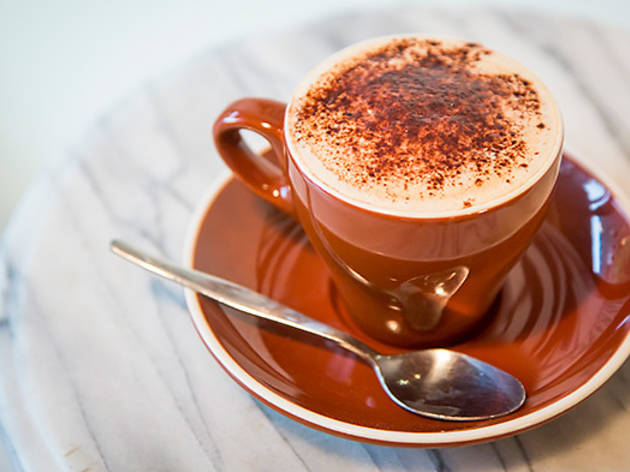 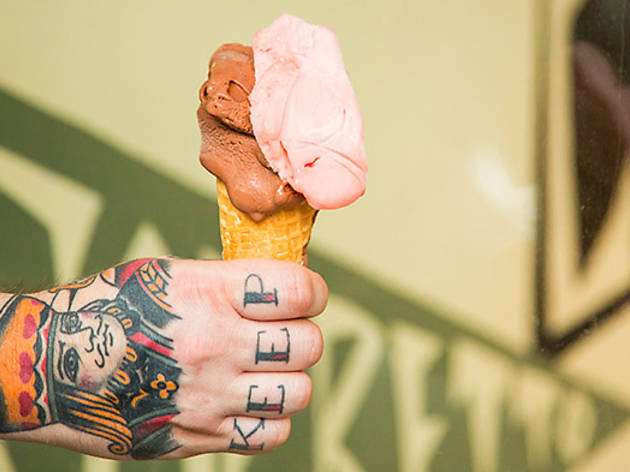 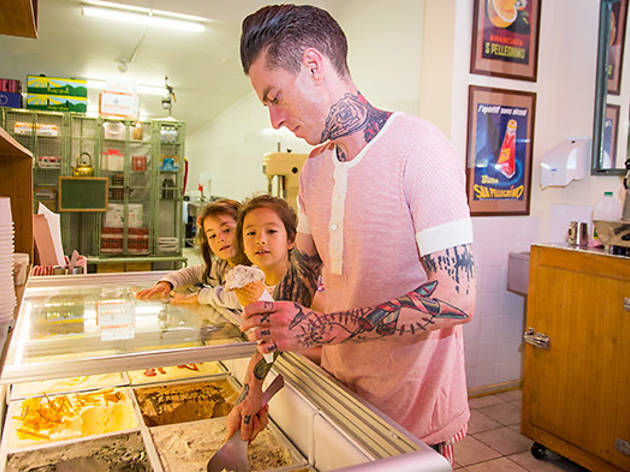 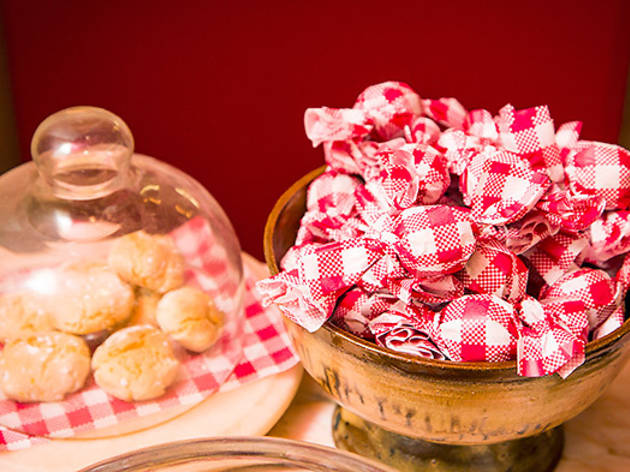 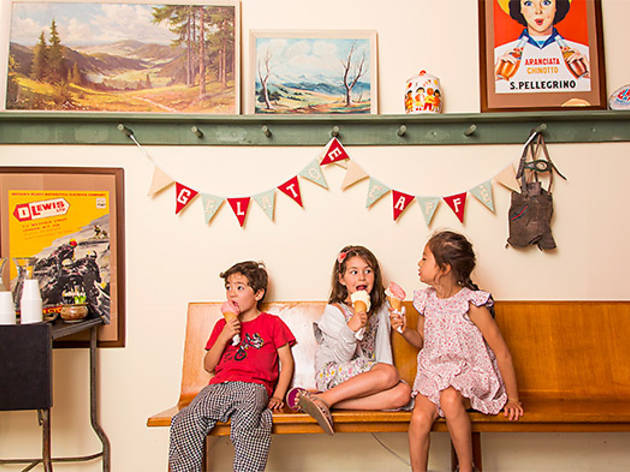 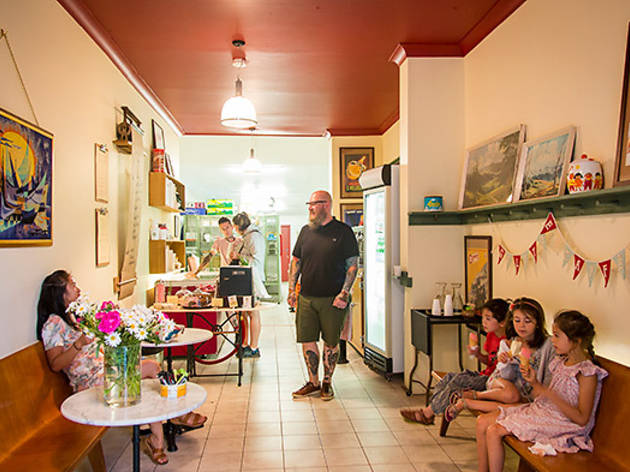 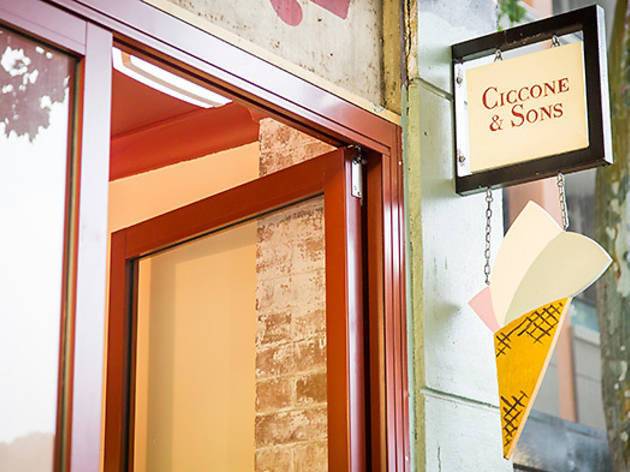 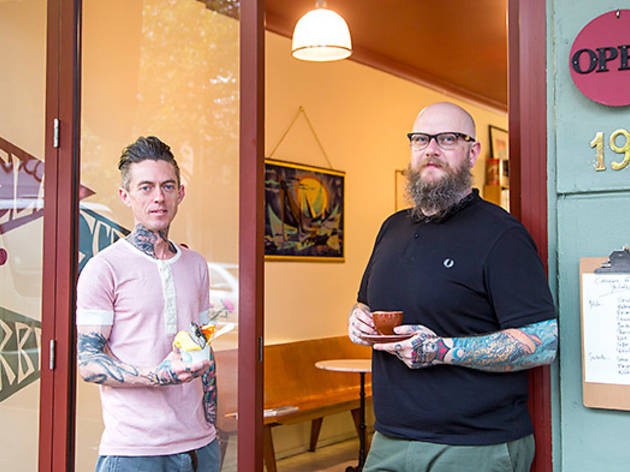 Is this Redfern gelateria serving up the best gelato in Sydney?

Finally, gelato that isn't too sweet! Ciccone and Sons are doing gelato the way it should be made in a hot climate like ours: cool, refreshing and totally delicious.

The joint itself is pared back but adorable. It's a long, thin room with bunting on the walls, a couple of little church pews to sit on, rock ’n’ roll on the stereo and a chest freezer with ice cream up the back. There’s a plant pot outside monogrammed with the name of the café. It's all very humble and start-up, and feels welcome among the thrift stores and flower shops on this stretch of Regent Street in Redfern.

A simple as it may appear, this gelato is nothing short of brilliant. In India they serve chilled buttermilk as a refreshing drink, and here at Ciccone they know the score. Their buttermilk and passionfruit flavour is possibly the most refreshing iced treat you could imagine – sweet'n'sour and slightly salty. Co-owner Mark Megahey replaces the usual milk in his base with Pepe Saya’s tangy, creamy buttermilk, making a gelato that is creamy but not overly rich, and tastes like summer in a cup.

All the gelatos we try are similarly excellent. They make the stracciatella (chocolate chip gelato) using their standard Jersey milk base and their own version of Iced Magic (a careful ratio of chocolate and coconut oil is the key, says Megahey). They then pour the mixture into their vintage Carpigiani gelato maker where it freezes on impact with the frozen cream, breaking up into chocolatey shards as it’s churned. The chocolate gelato is smooth and punchy, with just enough dark Dutch cocoa to keep it rich and slightly bitter. The white chocolate stracciatella has been infused with a tiny amount of dried lavender – so that you can just barely taste it – but the whole thing takes on a faintly floral flavour, balancing out the sweetness of that white chocolate.

We love the pistachio, where they blend the milk base with whole roasted nuts rather than using imported pistachio paste like most gelaterias, so that the flavour permeates the base while allowing it to retain a pleasingly nubbly texture. It reminds us of the excellent pistachio at Gelato Franco, which isn't surprising, given that both Megahey and Franco Riservato spent two decades making gelato together in the kitchens of Bar Italia in Leichhardt before both setting up their own joints this year.

The coffee here comes from Marrickville roastery Di Pacci Coffee Co. The flat white is super-strong, with a chocolatey depth and smoky finish. It’s a very satisfying brew and reminiscent of the coffees in Italy, which are seriously robust and yet somehow smooth.

There are cakes, too, made by Megahey’s business partner Sean O'Brien. They are home-style rather than super fancy: we try the apple and cinnamon loaf after we finish our (three scoops of) gelato, and wish we’d had them together, fools that we are.

So why is it called Ciccone and Sons? Who is Ciccone, and who are the sons? As we leave we ask Megahey if it’s him and O’Brien. He shakes his head. “The sons are the gelato machines,” he says, “and Ciccone is a Madonna reference. We’ve both got Irish names!”

Like this? Check out Messina, Cremeria de Luca and Mrs Jones the Baker