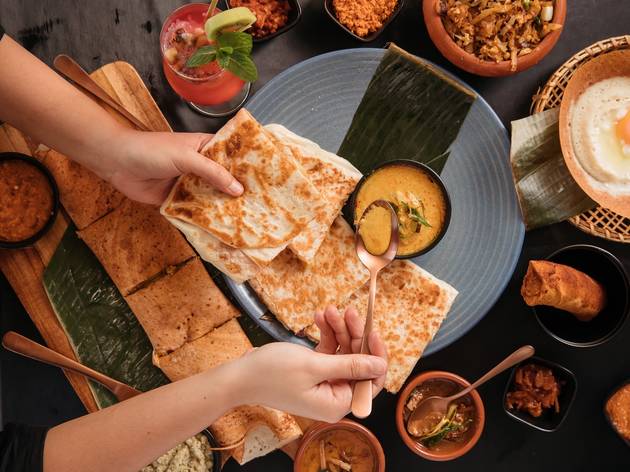 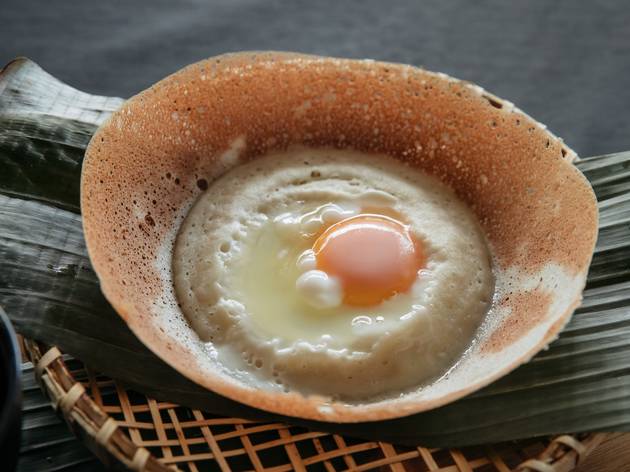 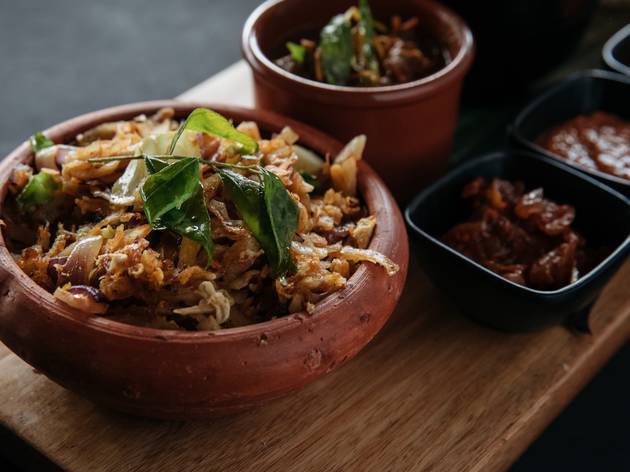 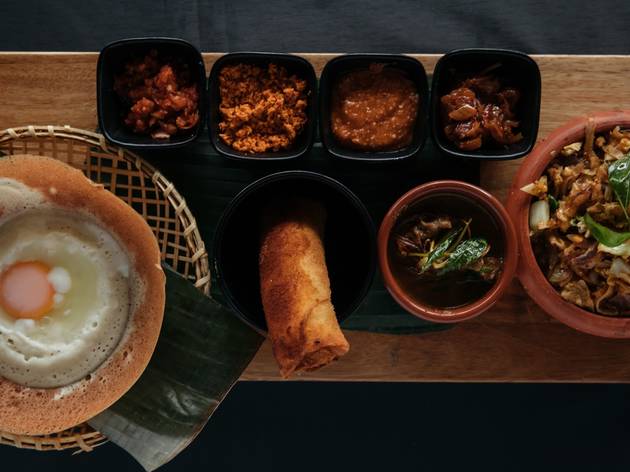 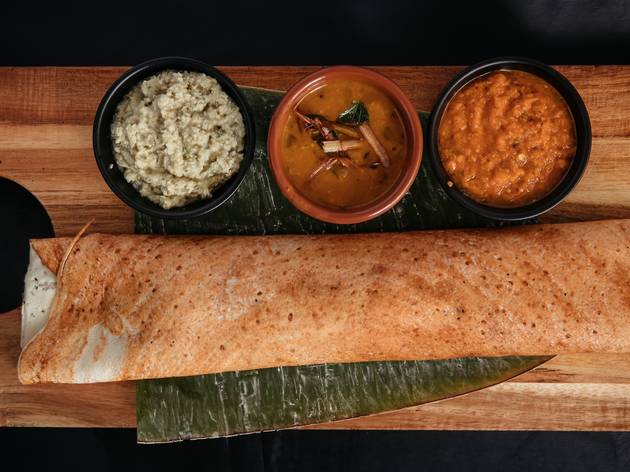 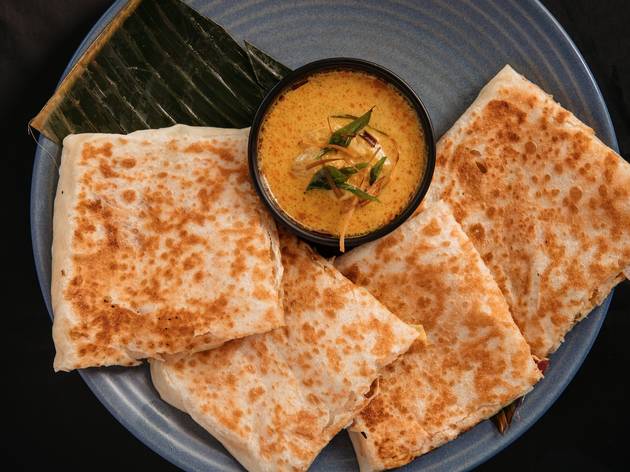 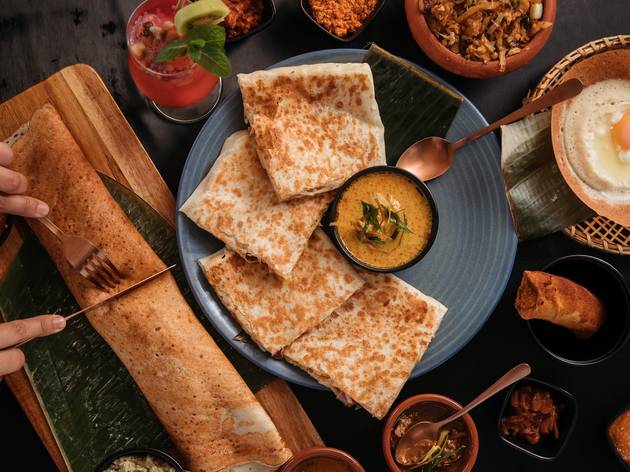 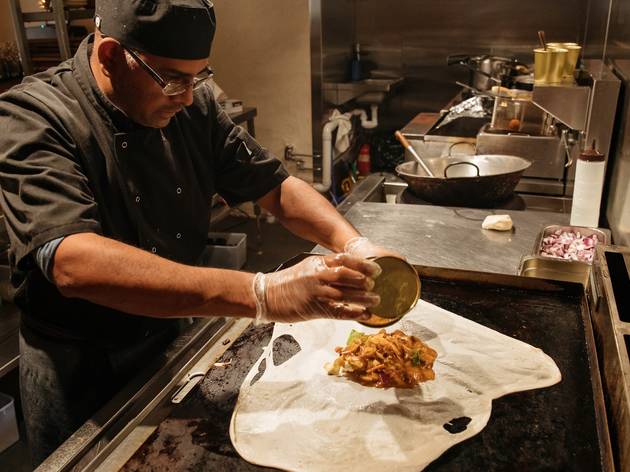 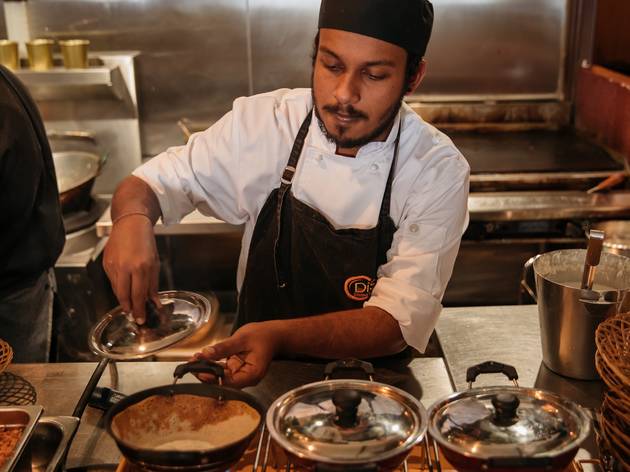 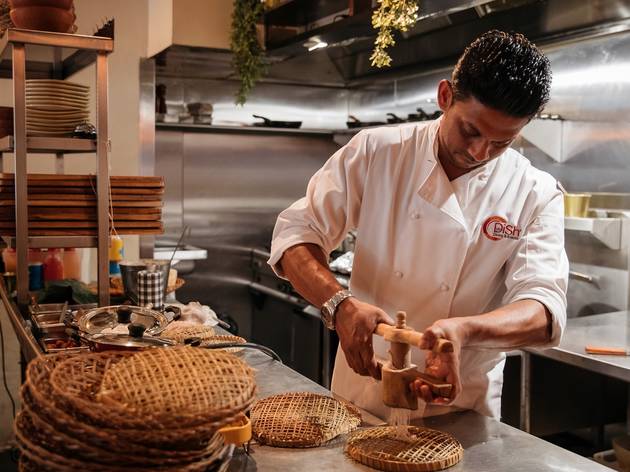 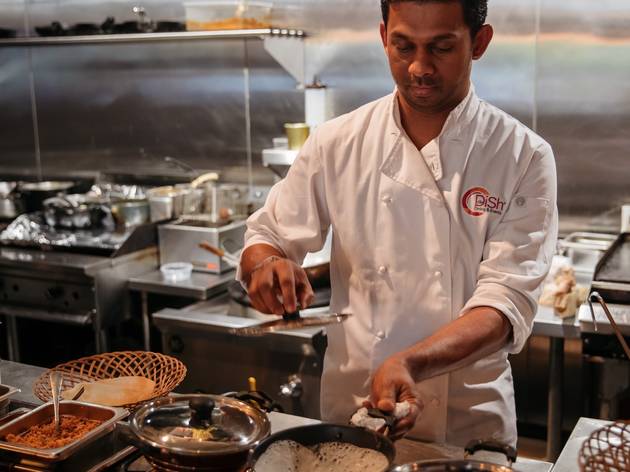 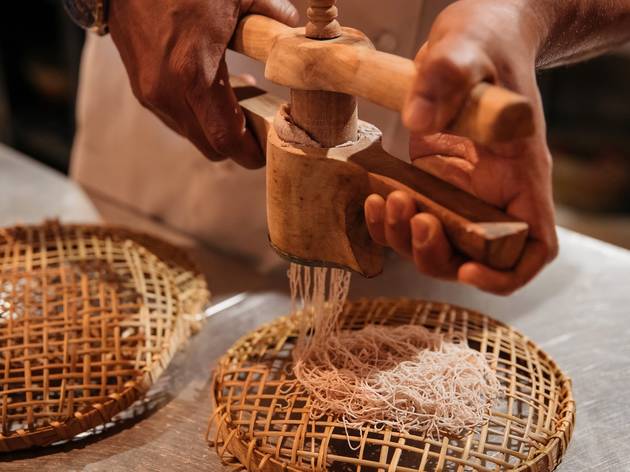 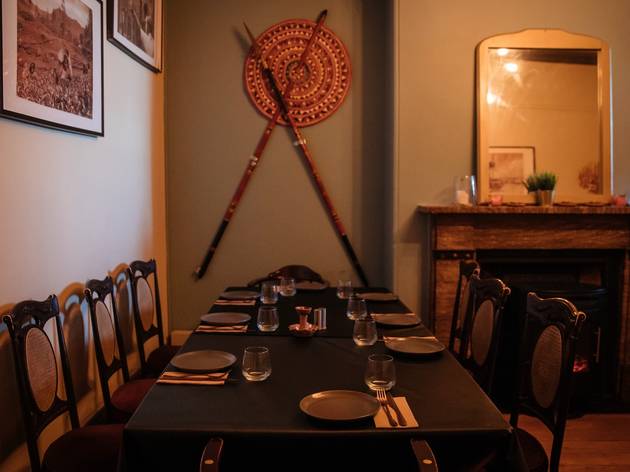 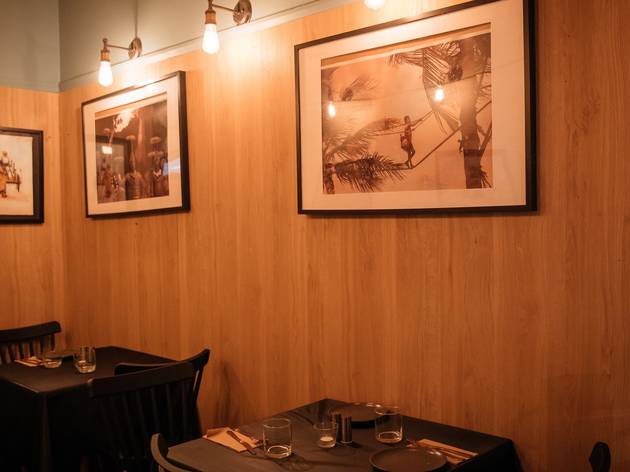 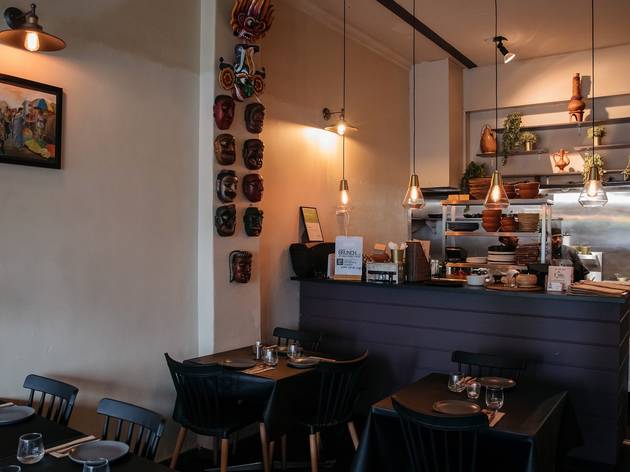 You will need to be extremely, ravenously hungry when dining at Dish in Glebe – the second incarnation of the popular Toongabbie street food restaurant. They serve traditional Sri Lankan food in epic proportions.

The original vendor in Western Sydney was a cheap eats hot spot, and while the inner city version has slightly steeper prices to match the rent, the $22 lunch set menu is a big hitter on the value for money scale. Kottu roti – a coconut flatbread chopped up on the grill with egg and vegetables for a spicy stir-fry effect – joins a mild beef curry spiced with ginger and cloves, and a Sri Lankan version of a spring roll housing a soft, cumin-spiced fish and potato mixture inside its crunchy breaded casing. For further dipping purposes, you’ll also get a hopper. This crêpe-like bowl with crisp, lacy edges is made from a batter of fermented rice flour and coconut milk. It’s a delicious edible spoon for catching curry on its own, or it can house a sunny-side-up egg in its base.

It’s a very inclusive dining experience at Dish, with vegetarian meals as attractive their meaty counterparts and a distinct lack of gluten and dairy on the menu. And more mouths means more dishes to test, so you could consider adding an order of murtabak. It’s a huge serve of garlicky chicken and onion wrapped in flaky fried roti with a side of chicken curry that brings the chilli fire you might have been missing up until this point.

It looks like you couldn’t swing a cat in this tiny dining room, but beyond the initial few tables and watercolours of Sri Lankan village streetscapes, there’s a separate room that can seat a  party of 10-15 people. But if you like to be a part of the cooking action, snag a table out front and watch the chefs roll batter around sizzling hopper pans and tend to the rainbow of curries bubbling over the hotplates in the open service kitchen.

If you don’t regularly partake of Sri Lankan cuisine, you may get lost in the menu. Descriptions of dishes don’t give much away and the otherwise friendly waitstaff aren’t forthcoming with essential details. Roll the dice and order a dosa for good measure. It’s another batter-based dish, but this time made of fermented lentils. It comes out rolled up at almost table-length with a Masala filling of soft, sweetly spiced potato – watch out for a rogue cinnamon stick – and accompanied by a trio of dips; one mild and one hot chutney, and traditional sambal, which is a thin vegetable curry.

The serves might be huge –  there’s no shame in taking half your plate home – but they don’t compromise quality for quantity, which is a winning approach no matter which way you slice it.