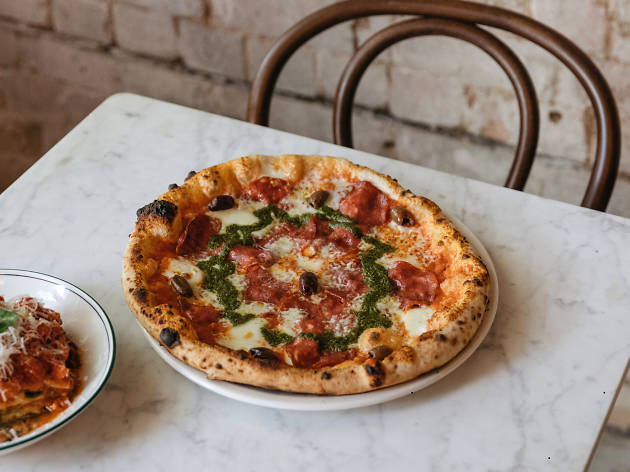 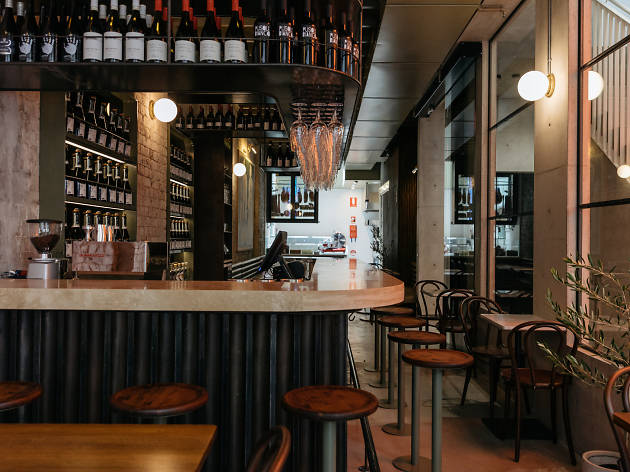 Pizza fiends from Melbourne will be familiar with D.O.C., a pizzeria with an emphasis on quality imports and pinpoint precision as to their origins (just flip over your menu to see a breakdown of all the cheeses used in the kitchen and their ancestral homes).

With three outlets currently operating in Melbourne, including a flagship store and deli nestled in the heart of the city's Italian food district on Lygon Street in Cartlon, D.O.C. has been plating up pizzas for 13 years to packed dining rooms around Melbourne. In comparison, the vibe in Surry Hills is quieter and more comfortable: instead of antsily watching over your shoulder and shovelling librettos (that’s the technical word for pizza that you fold in half, you’re welcome) into your mouth, there’s time and space here to stretch out and eat up.

The pizzas are thin and charred with a wood-fired base (mostly wholemeal and some white). Like in Sicilia, they are minimally topped, allowing the four-day slow-rise process of the crust to shine through. Try the classic margarita: the base is crisp yet substantial enough to balance out the sweetness of the San Marzano tomatoes, while the DOP buffalo mozzarella is creamy and stretchy, and the basil leaves punchy without being overpowering. But it’s the umami-laden, anchovy pizza that is the scene-stealer, topped with Ligurian olives for an extra salty punch. If you'd like to see how the DOP buffalo mozzarella fares without any suporting characters, order a ball on its lonesome from the antipasto menu: it's a treat.

Other highlights? The popular veal and pork lasagne, which also comes in a vegetarian version and a gluten-free version. On the wine list – an impressive selection that champions both Italian and Australian vintages – you’ll find the signature Prosecco; an exclusive import produced by third-generation winery Cester Camillo, based in Italy's Veneto region.

There’s definitely a little Melburnian laneway flair at D.O.C.’s tiny, squeezy Sydney outpost, with outdoor tables set on the buzzy street that let diners be at one with the foot traffic and the well-heeled folk walking nearby. It’s there, under a greying sky, that we get to the point many diners must have done before us in that same spot: what does D.O.C. mean, anyway? Our waiter tells us it means “denominazione d'origine controllata” – which, according to D.O.C.’s website, means “a phrase used by various agricultural government bodies that set and oversee the standards of some Italian foods, most significantly cheese and wine." Rest easy knowing that at D.O.C., you’re not just getting a pizza – this is a pizza with all the receipts to show for itself.

Time Out dined as a guest of D.O.C. Pizza and Mozzarella Bar.