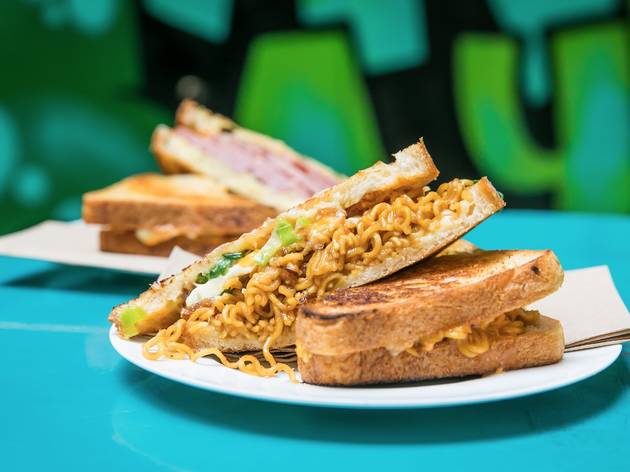 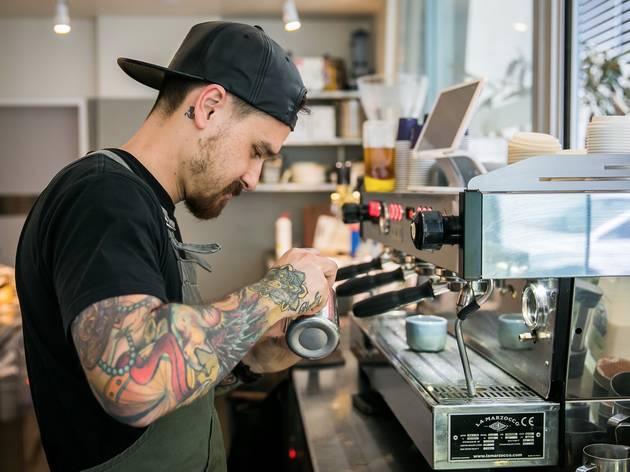 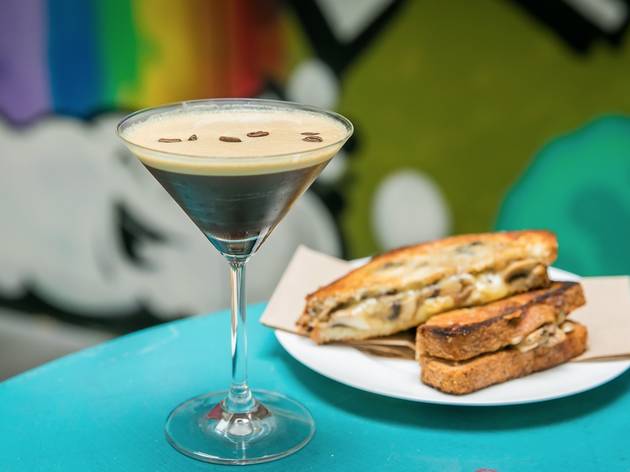 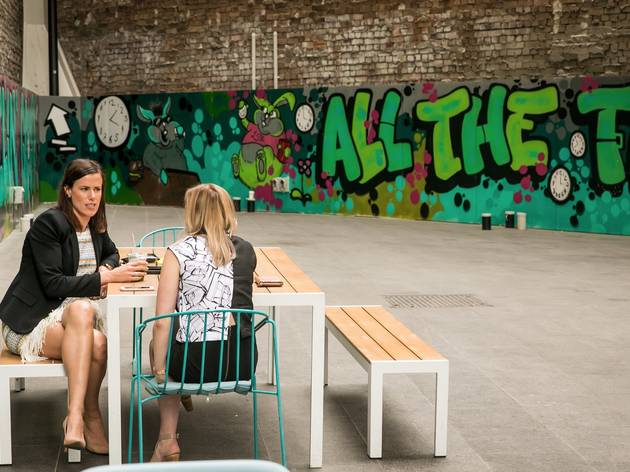 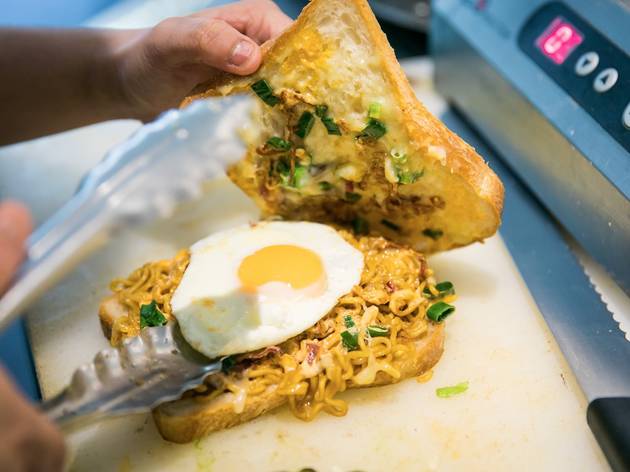 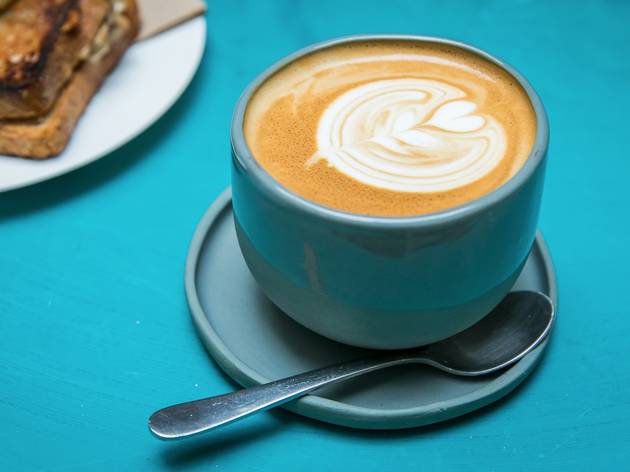 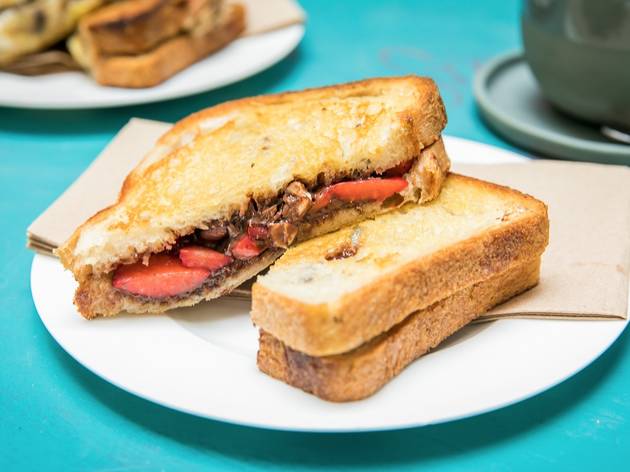 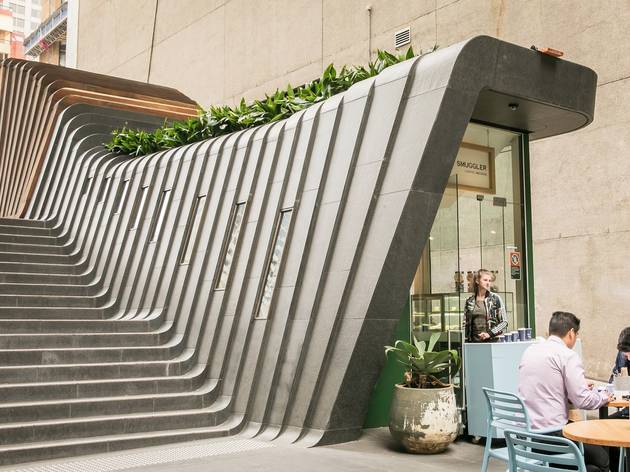 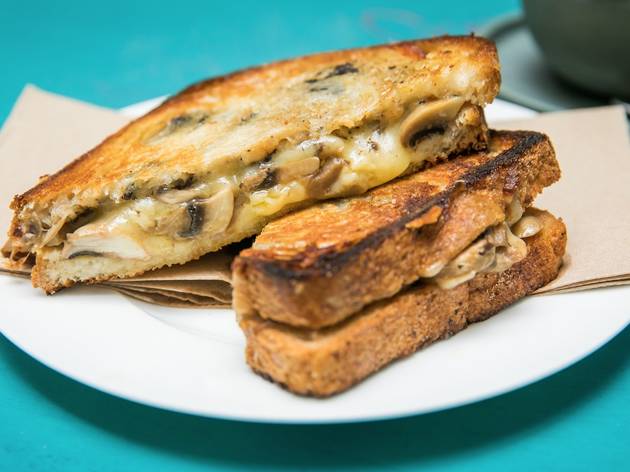 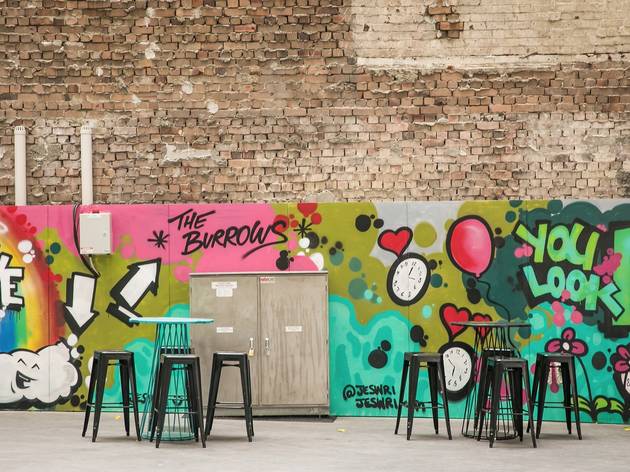 Dutch Smuggler doesn’t deal in illicit goods, but its inspired range of coffee and toasties could pass off as valuable cargo. In fact, the menu at this CBD café is so likeable that Customs would probably understand if you tried to take a lunchtime order across borders – or, at the very least, back to your office.

Of course, you could always hang out and dine in. The trick is finding the tiny kiosk that houses Dutch Smuggler. It’s located in the same architecturally striking pavilion that hosts Edition Coffee Roasters. The building itself slinks down a staircase and leads you into the Burrows, a large outdoor space that’s also home to the Food Truck Fridays event. When that frenzied gathering of restaurants-on-wheels isn’t on, the site is much quieter – so grabbing a free table isn’t hard.

It’s impressive what owners Byron Van Zyl and Chewie Stevenson can achieve in Dutch Smuggler’s compact space – the staff must constantly have to watch their elbows. They took over this kiosk in late 2016 (downsizing from the original Dutch Smuggler in Ultimo) and they’re constantly transforming well-grilled slices of Infinity Bakery’s traditional tin loaf into killer toasties that demonstrate the stretching powers of good cheese. The best is the “Mi Goreng”, a genius collision of two great late-night snacks: instant noodles and the contents of a fridge-raiding session, wedged into a toaster. Dutch Smuggler’s version squeezes in noodles, a fried egg, shallots, a double meltdown of cheese (oozy mozzarella and sweet, nutty Gruyere) and a mysterious “magic sauce” between its crunchy triangles of bread. Originally a special, it’s no wonder it now has permanent residency on the menu – it deserves it. Another contender for full-time toastie is the “Kim-Cheezy” special: free-range chicken that’s panko-crusted, fried and layered with the heat of kim-chi, Sriracha mayo, melted mozzarella and cheddar and a fresh burst of cherry tomatoes.

The perennial toasties include the Reuben, a pastrami, sauerkraut and pickle combo good enough to survive the scandal of being served on white bread and not rye; a vego option featuring garlic-sautéed mushrooms, which are coated in truffle paste, Gruyère and cheddar for extra savoury punch; and a dessert number, sweetened with Nutella and banana slices. The toasties are well-priced (under $10) and halved, so you could stockpile a few and swap flavours with your companions

Dutch Smuggler’s owners also run Sovereign Coffee Roasters, so specialty coffee is a big deal here. The café showcases its seasonal blend, weekly single origins and a striking range of cold brews: the “Cold Fashioned” with tonic water and orange peel, the citrus and basil “Lemonade Stand”, and the “Roots In Coffee”, which brings out the spiciness of home-made ginger beer. There’s even an espresso martini, if you need a boozy hit.

The site is filled with overly life-affirming graffiti (e.g. “You look amazing today”), as if an upbeat pro-self-esteem PE teacher was given a spraycan. Given how ace Dutch Smuggler is, your mood will match the cheery walls.