Back when the El Jannah empire was just a few chicken shops in Western Sydney, there was a commonly held belief in the area: Hawa for chicken and El Jannah for garlic sauce. For many, El Jannah’s chicken was too dry, but the toum (the real name of that almighty white garlic dip at most Lebanese chicken shops) was the stuff of legend.

With the arrival of Newtown’s El Jannah Express comes an opportunity to reassess that theory. The chain’s latest shop is a fast-food variation of the original, where baba ghanoush, falafel and table service are out, and burgers, Southern fried chicken (reliably tender and crisp) and chaos are in. Everything is served in takeaway packaging, but there are a few highly sought-after seats clustered around the back wall. The roast chicken, which El Jannah has built its reputation on since 1998, is still the same charcoal-roasted rotisserie style the team have been doing since day one.

So, is it dry? At its best, during peak time when the birds come straight off the charcoal grill (have a peek at the insane production scale through the back window), it is the best. It is as good as Lebanese charcoal chicken can be – glistening, charred and juicy enough to make your hands look like they’ve just wielded a stack of potato scallops. Every morsel’s tender, carrying the same smoky flavour that’s usually reserved just for the skin and bone-adjacent bits. The skin’s beautifully crimson, as rich as a slow-cooked stew, and the umami-packed bones are well worth a proper chew. It’s all cooked so patiently and perfectly.

That’s it at its best. Come into the shop mid-afternoon on a weekday, when the queues are gone and the chickens are sitting in a mound behind a glass cabinet, and it’s a different story. At its worst, it might remind you of what you’d find on a decent supermarket rotisserie, reminiscent of ’90s family picnics and nostalgic nothing-in-the-fridge suburban dinners.

And what of the toum? A good toum should be challengingly strong, a powerful and pungent hit of garlic and lemon that’s almost hard to stomach on its own. That’s what makes it such an ideal condiment for something fatty and salty, like charcoal chicken. El Jannah’s toum isn’t that. It's the texture of mayo, and seems to lack that big garlic energy. That’s not to say it’s not enjoyable. Toum is like peanut butter – even the most basic iteration is still pretty good.

Unfortunately, the myth of the legendary El Jannah toum doesn’t fit here. El Jannah Express isn’t in the category of great Lebanese restaurants – it’s not really a Lebanese restaurant at all – and it shouldn’t be compared to Sydney’s great hummus, falafel and toum stops. It’s a fast-food joint and should be judged on those merits. So while the hummus isn’t far off the better mass-produced brands, a small tub of it costs just $4. The tabbouleh lacks texture despite the high percentage of roughly chopped parsley stalks, but it’s less than $5 per container. A chicken burger here might look and taste just like the KFC version, but it’s bigger and only $7.90.

This isn’t where you go for a traditional Lebanese meal. The best bet here is simply chicken, chicken-salted chips and something to cut it, probably pickles and toum. Yet, despite all the changes El Jannah has gone through – turning from a local family restaurant into a burgeoning fast-food conglomerate – the chicken is still grilled over charcoal and, on the right day, is still damn good. 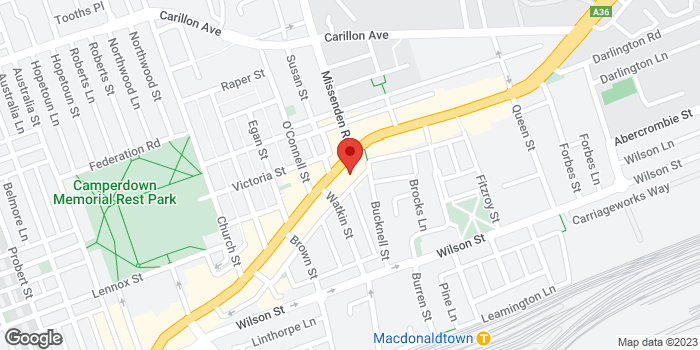