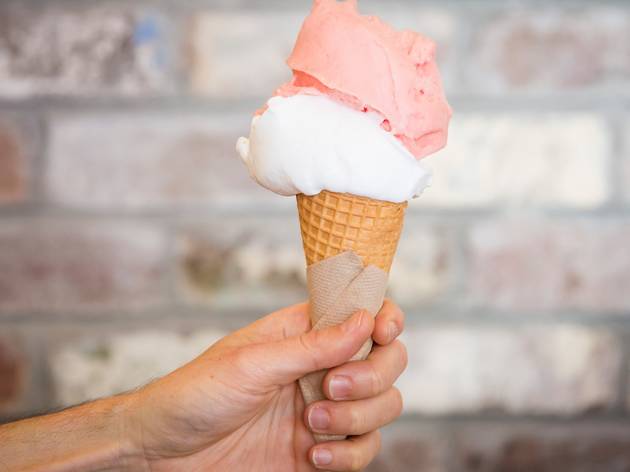 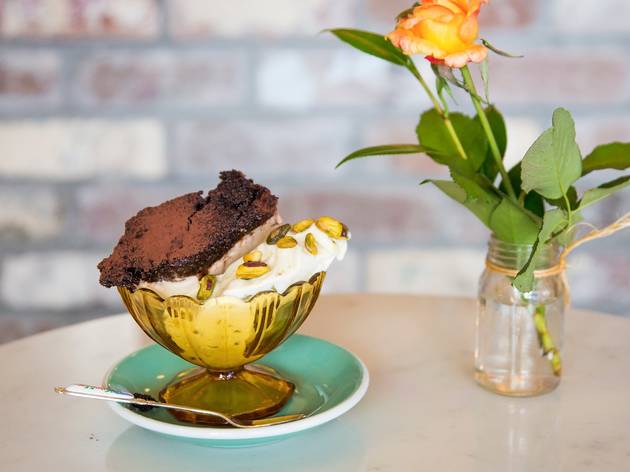 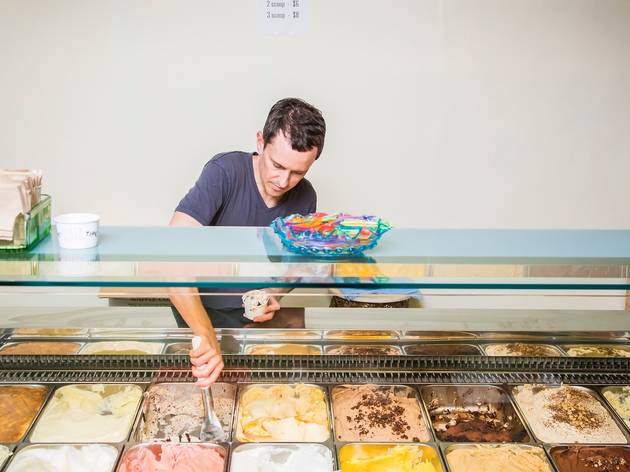 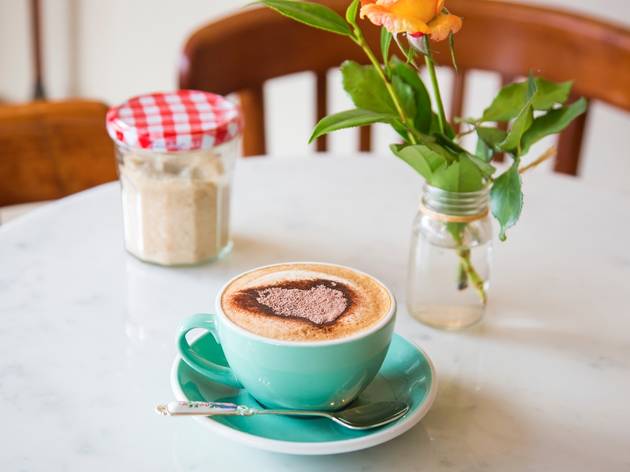 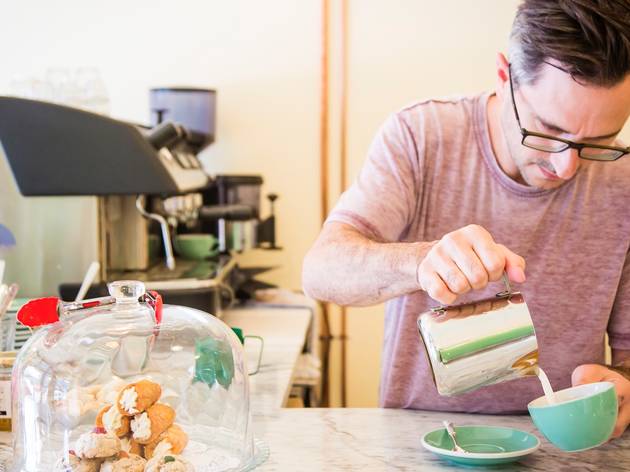 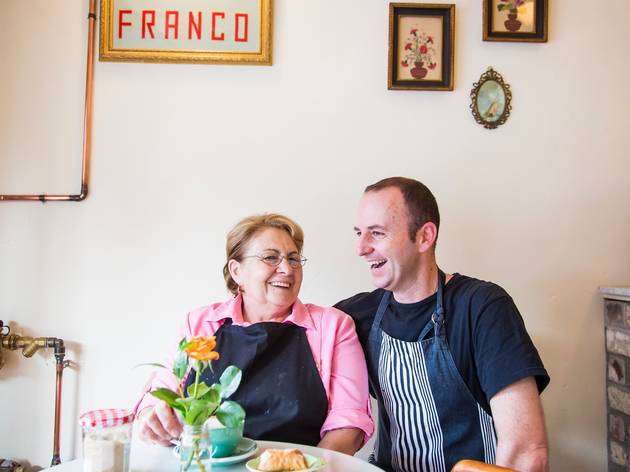 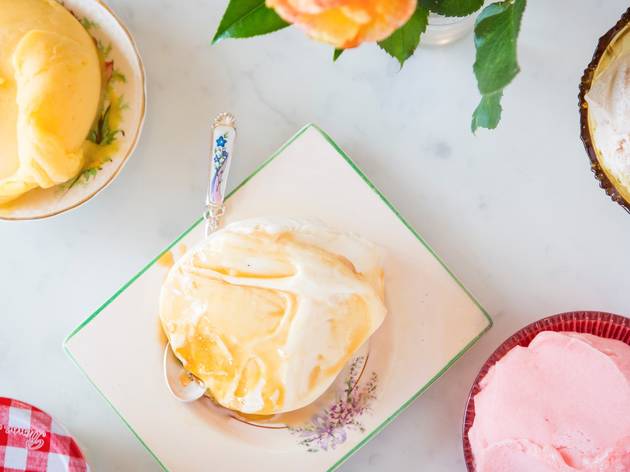 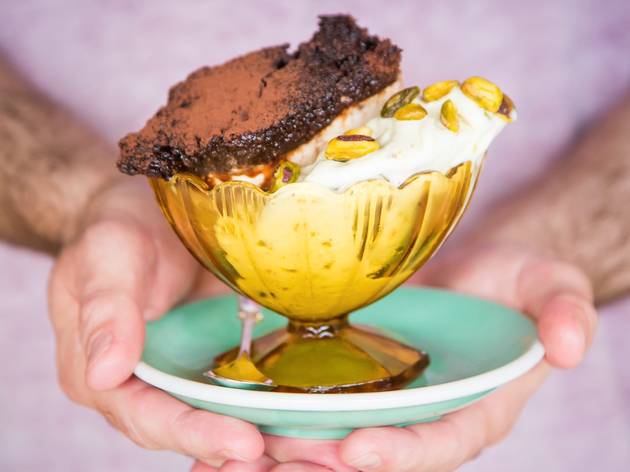 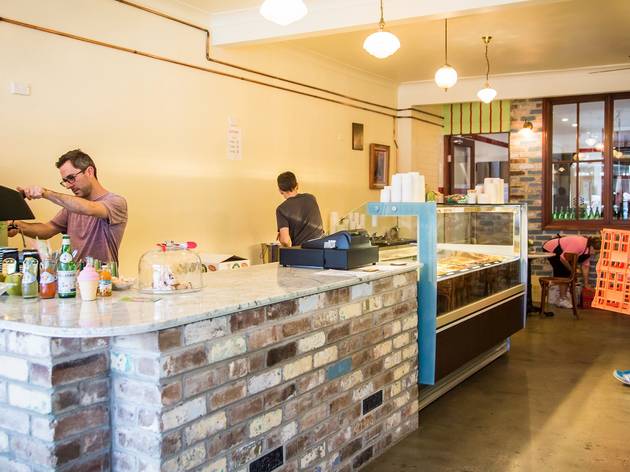 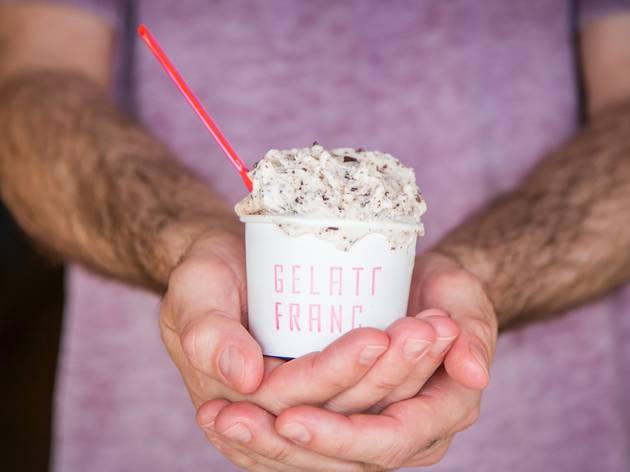 A classic Italian gelateria has made a home in Marrickville

Gelato Franco is the brainchild of Franco Riservato – a man who made gelato at Leichardt’s Bar Italia for two decades – and his Italian mamma, Donata. Despite its bare-bricked interior and concrete floors, this is a classic Italian sort of ice cream shop, making traditional gelato that is light and refreshing, with a distinctly Sicilian bent.

Take the pistachio. Rather than including the usual pistachio paste that gelaterias tend to opt for, here it’s all about crushed-up fresh nuts in milk gelato, so you get chewy little nutty nubbles with each bite. Nothing tastes artificial, it’s just light and bright and refreshing as hell. All of the ice cream here is milk-heavy rather than cream-laden, making it taste way cleaner than the other gelatos you’re used to. This is what gelato prepped to be eaten in a hot country should be like: refreshing, not clawing.

Same goes for the tiramisu gelato. It’s tinged with coffee and topped with big hunks of chocolate sponge soaked in Sicilian Marsala wine (and more coffee). As with tiramisu, the coffee isn’t overpowering, making this taste more like a milky latte than a rough-ass Americano.

A panna cotta gelato is more like a crème caramel; vanilla ice cream with a bitter caramel sauce poured on top. The coconut sorbet is good – pure and fresh – but tastes too close to canned coconut milk for our taste, and isn’t up there with the best of the coconut options out there (Messina’s salted coconut and mango gelato: take a bow).

But props have to go to the zabaglione gelato, which is our favourite hands down – and boots Messina’s poached figs in marsala out the water in terms of elegance of flavour (shall we call it a draw then?). The ice cream is toned ever so gently with Marsala, with a fine layer of Marsala-soaked sponge strewn over the top. If you don’t like the rich, sweet, almondy taste of Marsala you’re gonna hate this. But for those of us who love it, this is pretty much heaven in a cup (Sicilians, walk this way).

All the ice cream here has that mastic-like, almost elastic quality that has become the trend over the past few years. It’s a characteristic of Italian-style ice cream due to its low fat and low air content, but often it can be attributed to various gums added (usually guar), allowing for the final product to be easily scooped. It’s not for everyone, and sometimes it can feel a bit gummy in the mouth. But give it a couple of minutes to soften and it’ll become milkier by the second.

A major plus about Gelato Franco is that unlike many such places in Sydney, these guys actually have tables – even a prime people-watching spot in the open window at the front. Interested in how they make this stuff? Check out all the action at the back of the store, where through a window you can see the gelato-makers hard at work in the kitchen beyond.

It’s nice to have a classic gelateria in our sights: there is certainly a place for it in this fad-crazed Sydney market. And a pork roll followed by a beautiful bowl of gelato sounds like a pretty charming afternoon to us: Saturdays in Marrickville may have just become a thing.