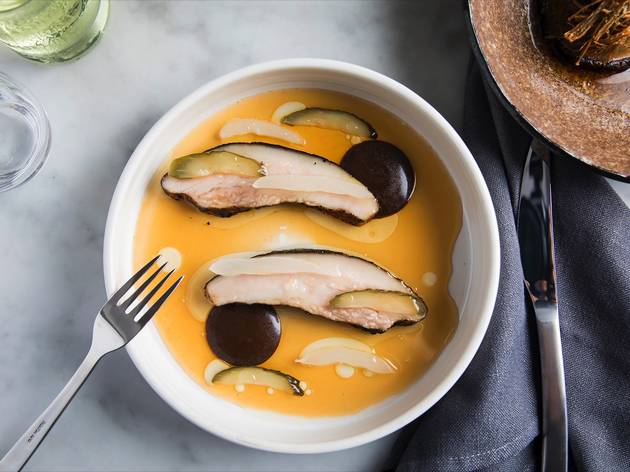 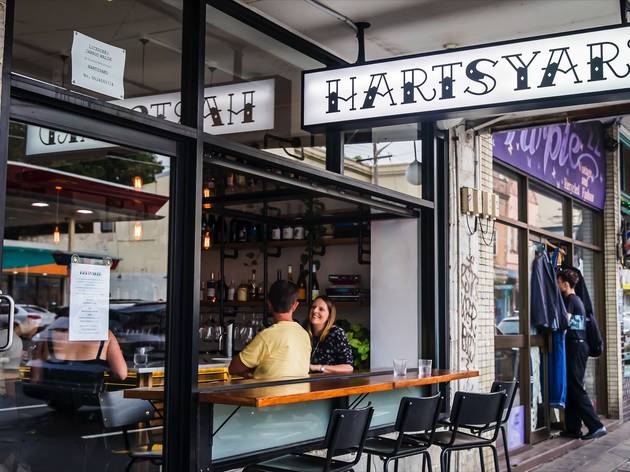 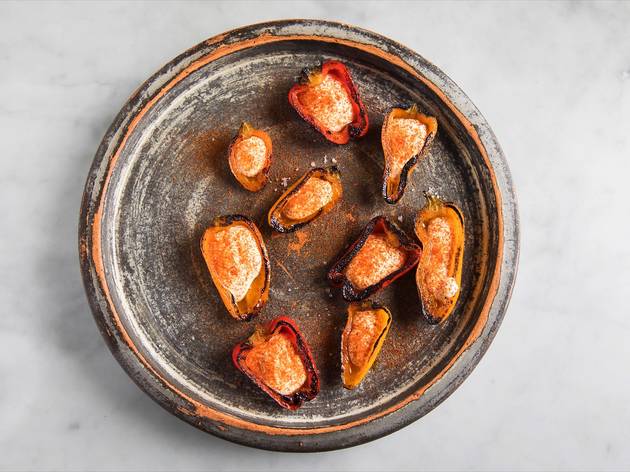 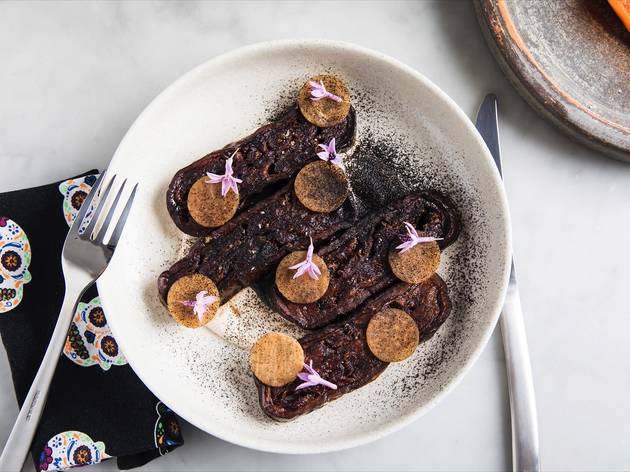 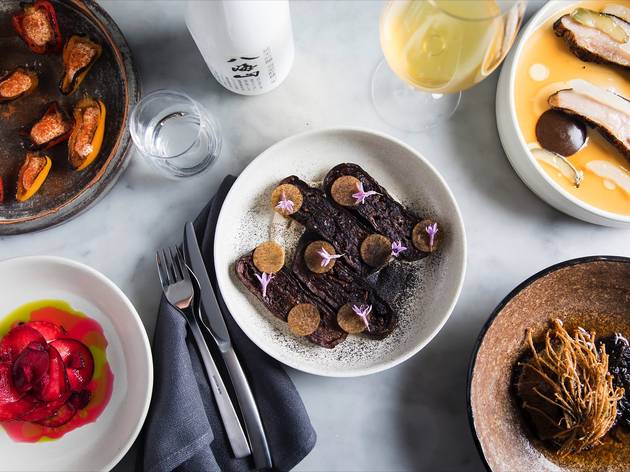 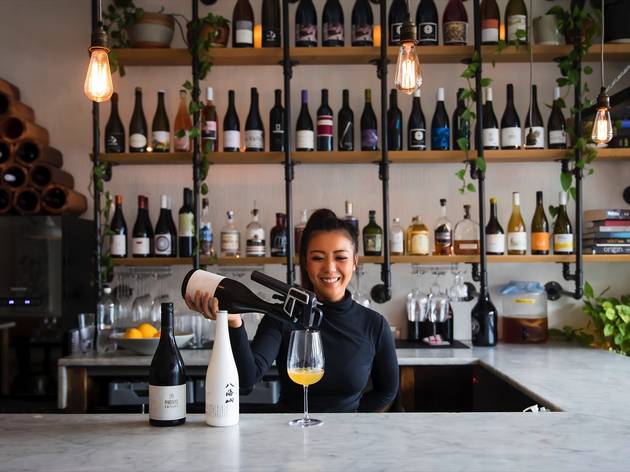 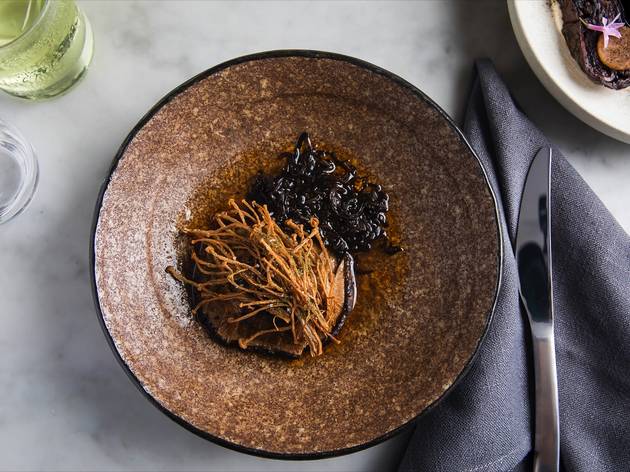 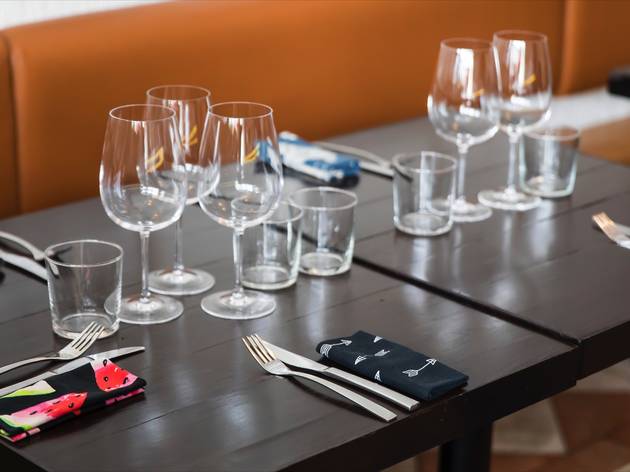 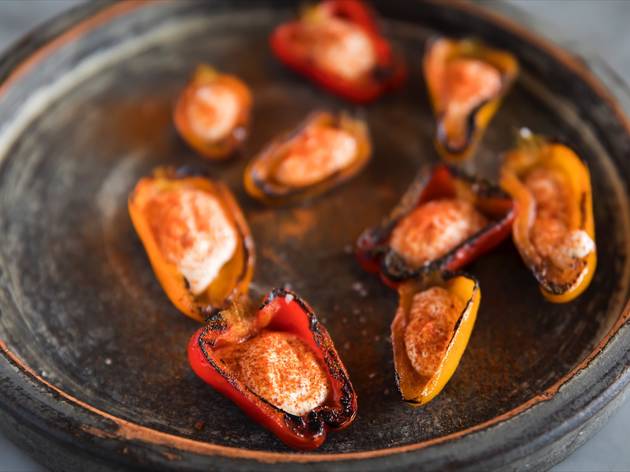 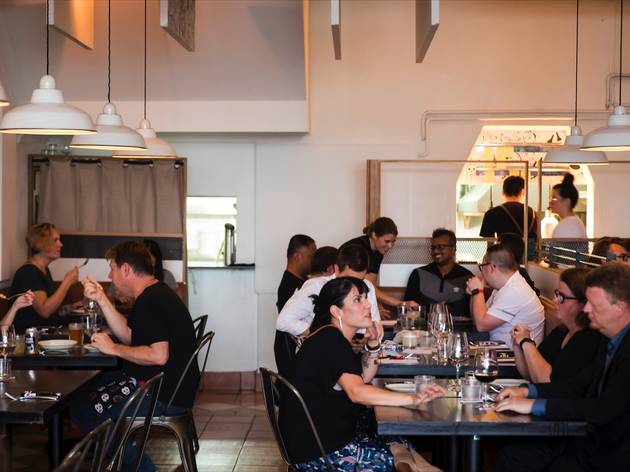 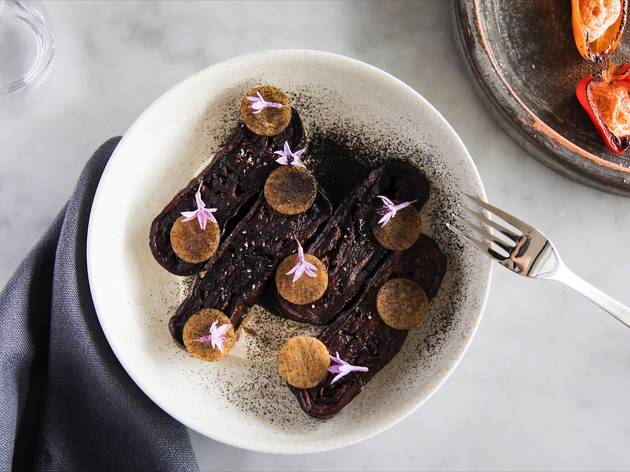 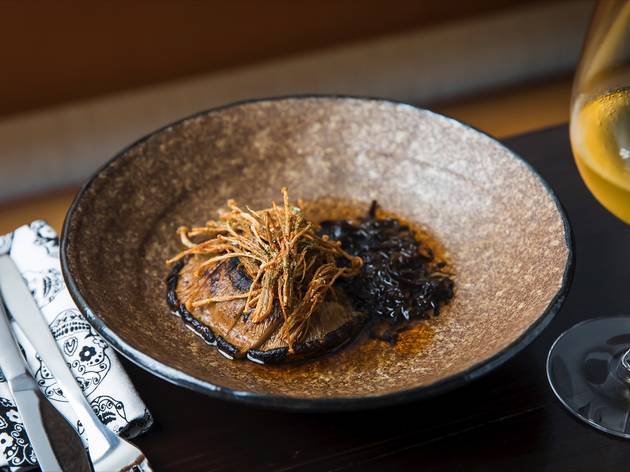 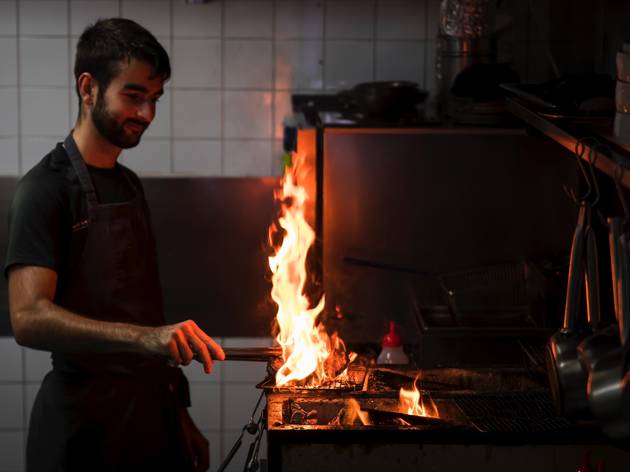 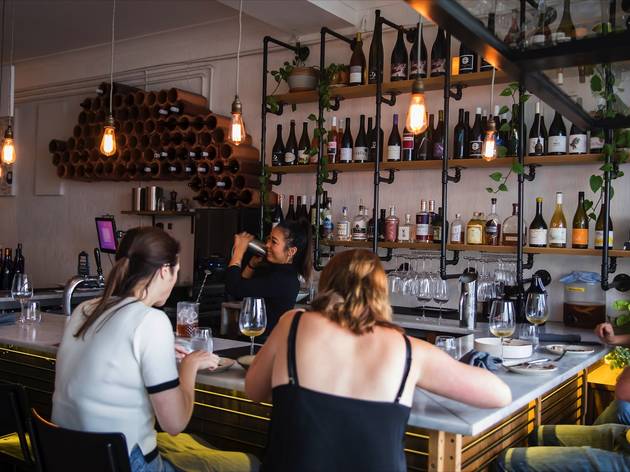 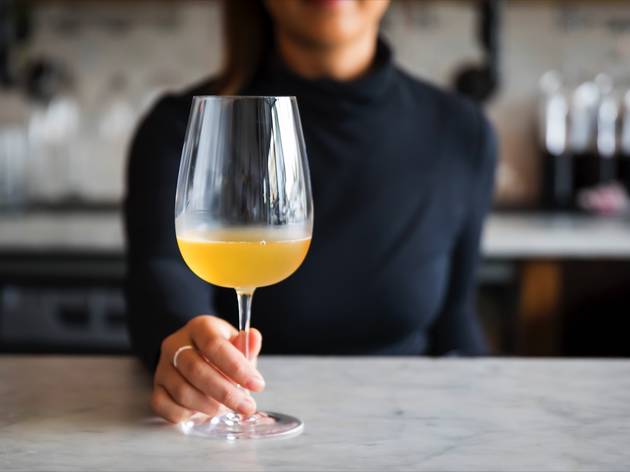 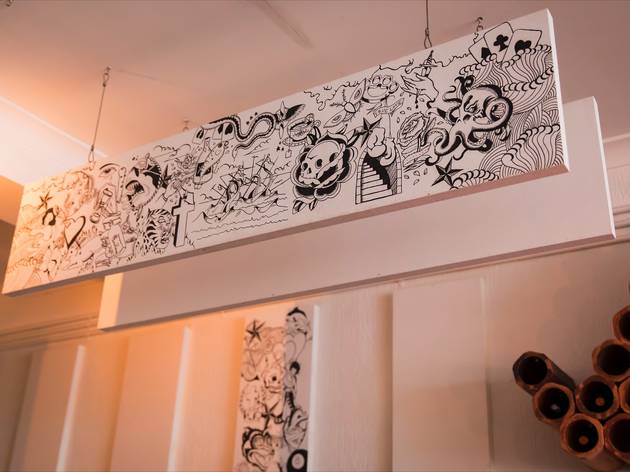 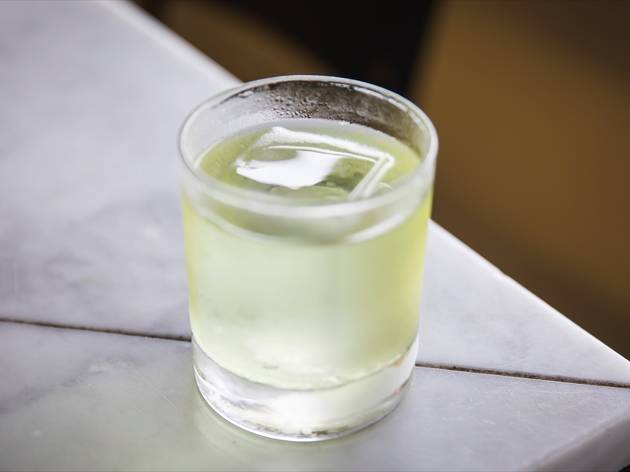 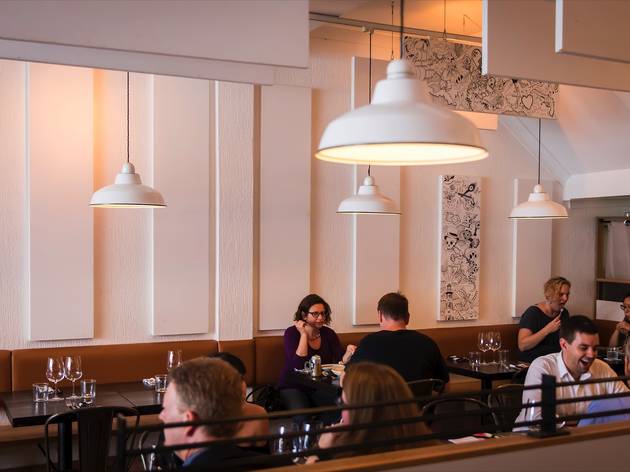 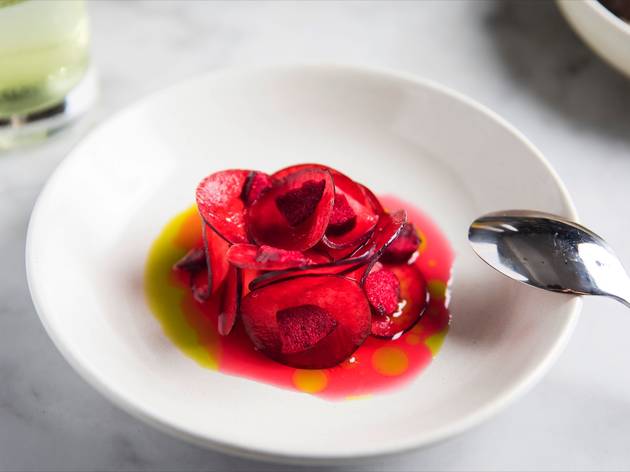 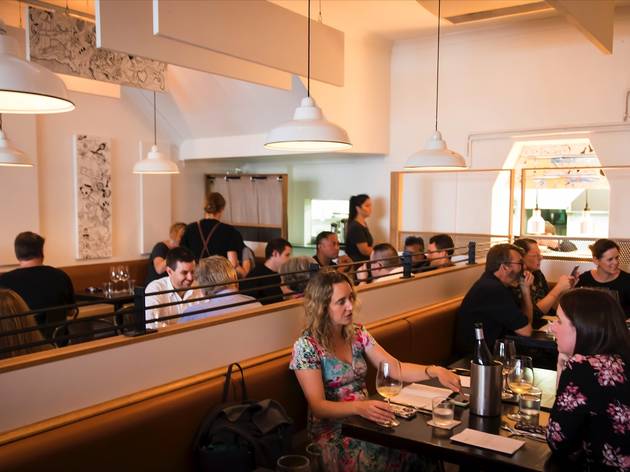 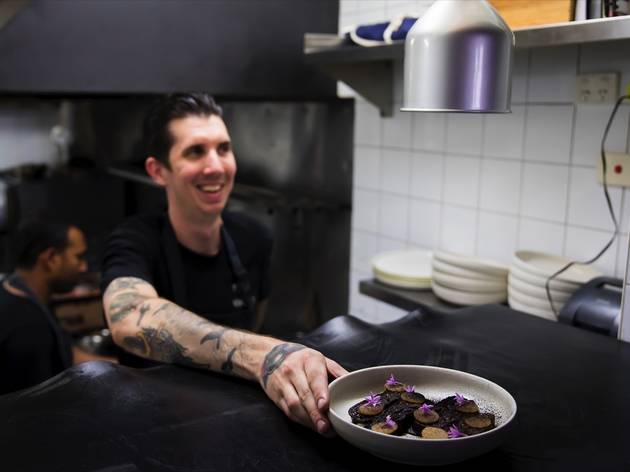 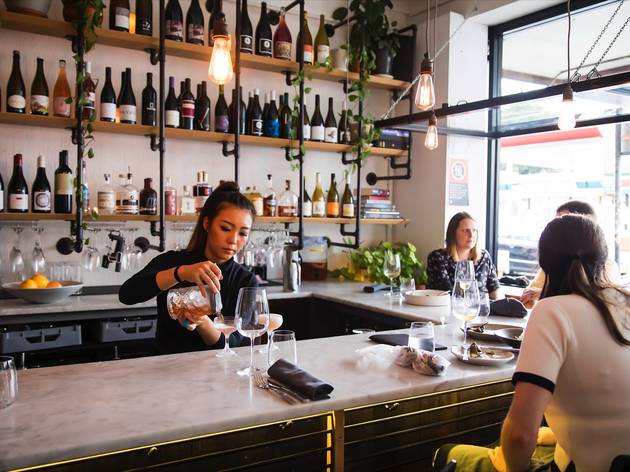 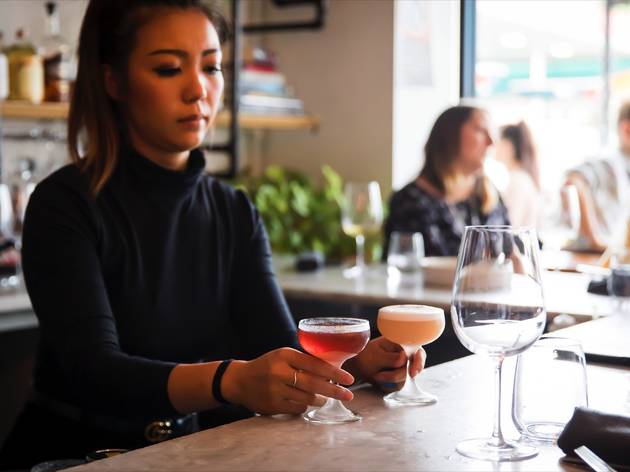 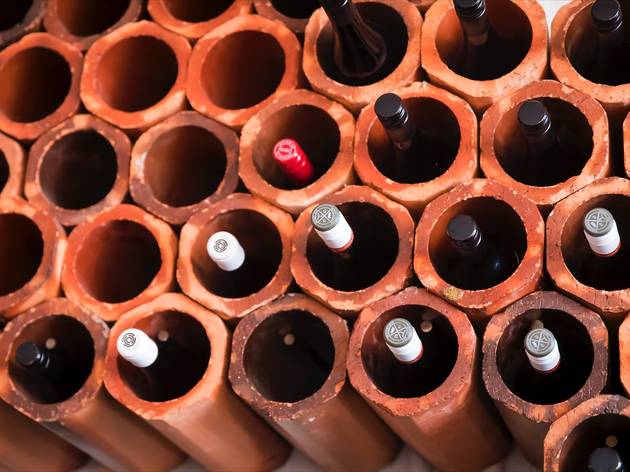 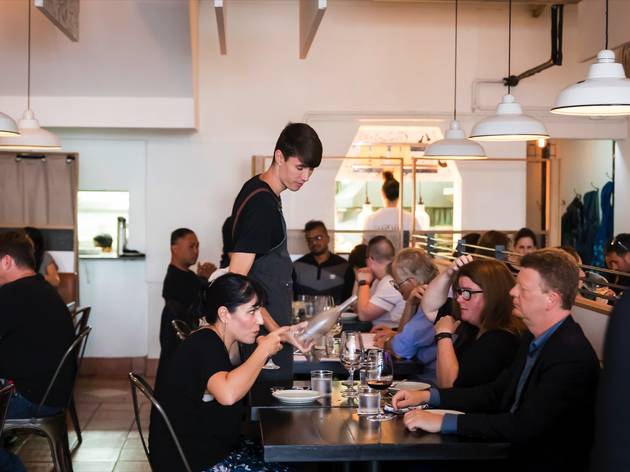 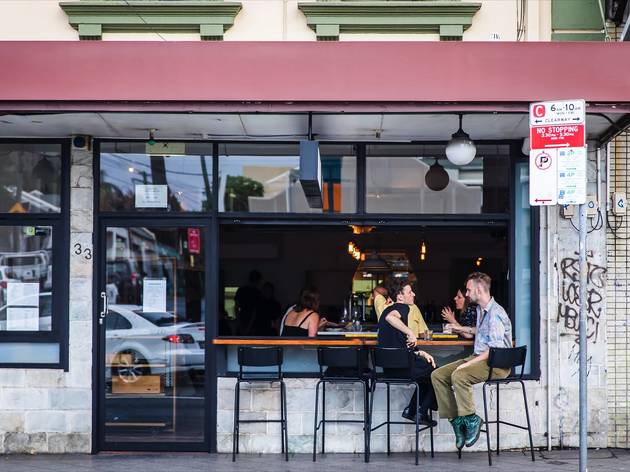 What’s in a name? If the moniker is Hartsyard, plenty. Back in 2012, Hartsyard sparked Sydney’s soon red-hot desire for fried chicken, buttermilk biscuits and sausage gravy followed by one of Andy Bowdy’s extravagant soft serves. Owners Gregory Llewellyn and Naomi Hart plus Bowdy have since left the premises paving the way for now co-owners, partners Jarrod Walsh and Dorothy Lee, to make this beloved piece of Newtown real estate their own.

Only a lick of paint, tattoo-inspired artwork by local artist Isabel Williams and patterned cloth napkins hint at the changes that have taken place. Walsh was head chef when the restaurant broke away from battered poultry and Americana fare in 2018 and turned its hands to seasonal vegetables and seafood. Hartsyard’s third iteration runs with this thinking and brings more meat-free possibilities to the table.

Version 3.0 plays a strong snack game. Fried cheese is essentially a mini toast under a flurry of shaved Gruyère and Gouda, shot through with a punchy horseradish sour cream. The toast itself is a mixture of Gruyère with tapioca, left to bubble away overnight with the result being a light and tacky almost cracker. A baby cuttlefish skewer lays it bare, drenched in inky chermoula, a heady North African spice blend that works beautifully with the mollusc’s fresh mineral quality. Give the gleaming peppers a go, too. Slick with oil, edges pleasingly charred, they’re packed with yoghurt and tangy yuzu kosho, a salty and sour hit in one bite.

While there are a few cultural influences in the mix, the preference for Japanese flavours steals the limelight. The drinks list runs through sake, umeshu and yuzushu, while the seemingly ubiquitous nasu dengaku – miso eggplant – takes to the floor, too. This twist sees it decorated with discs of pickled daikon and a whipped white sesame sauce with a nutty heft that contrasts with the treacle-like glaze. Shiitake dashi underpins grilled king oyster mushroom in an intriguing dish where fried enoki threads and nuggets of wood ear combine to create a hearty, umami-laden fungi pick‘n’mix.

The ambition is loftier than it’s ever been here, and sees this Hartsyard venturing into the more casual frontier of fine-dining territory. There’s no mistaking the focus on flavour and texture with unabashed grilled slabs of smoked pork jowl balanced with a zingy tomato vinegar, dollops of black garlic paste and fermented cucumber. And just when the construction of the dishes begins to feel a little formulaic, out comes a dessert of near-translucent plum slices concealing a panna cotta-like cream with a fragrant lemon thyme oil tying it all together for a refreshingly tart end.

Walsh and Lee, along with chef Daniel Schembri, are putting their own stamp on this dining room. It may not bustle as it once did, but it takes time for change to sink in. They’re still finding their feet, but are unafraid to try new things and refine the old, keen to break out of the mould. This eager enthusiasm’s echoed by the friendly waitstaff, too. Continuing to commit to this vision will ensure the name’s renown remains. So pay it a visit with fresh eyes – it seems that the third time may well be the charm.