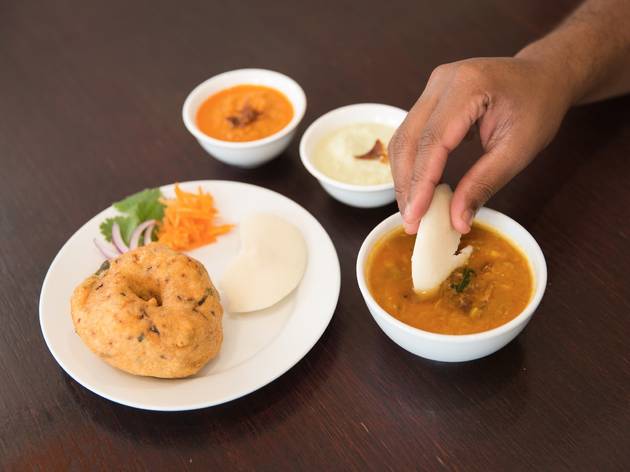 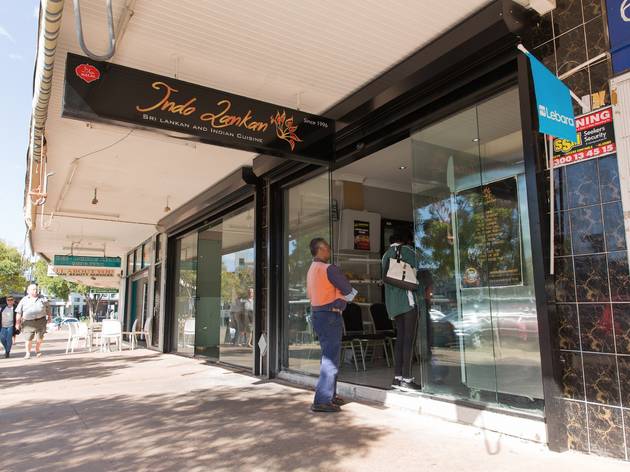 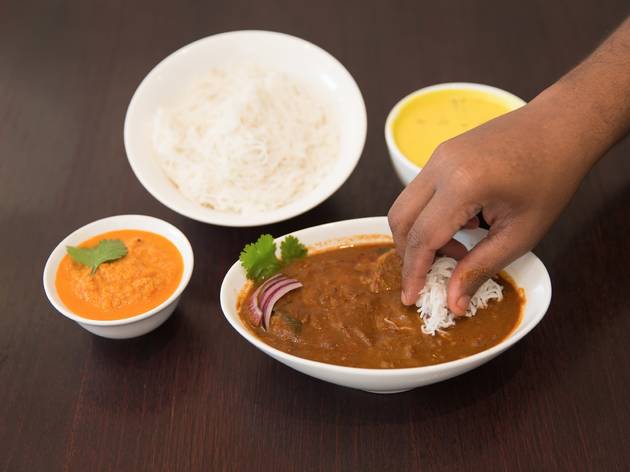 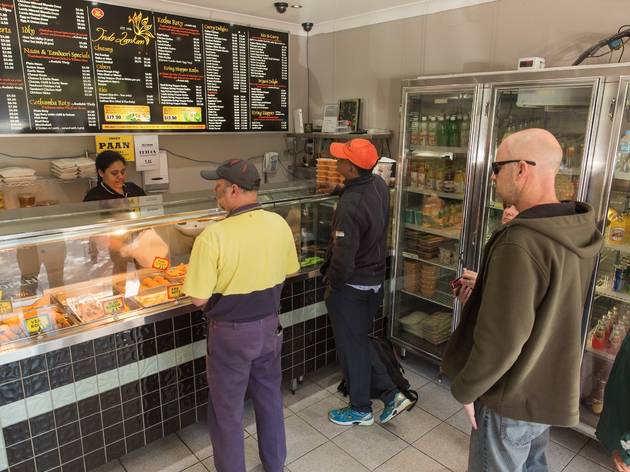 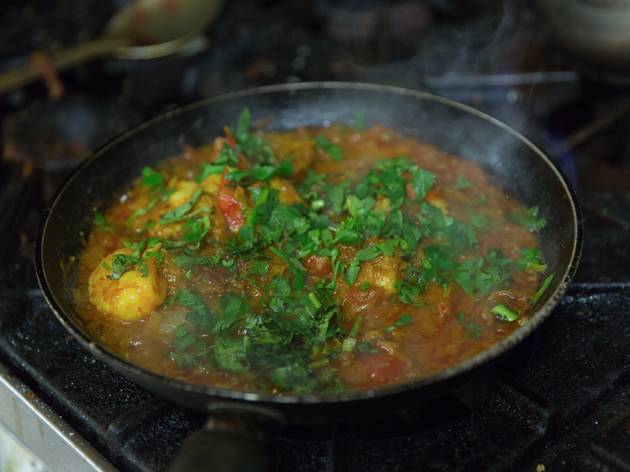 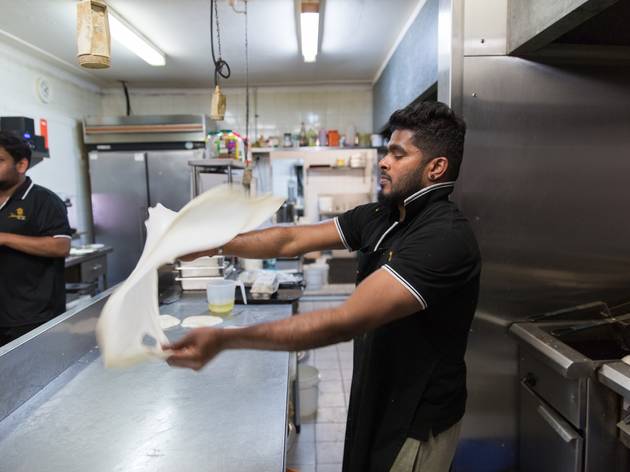 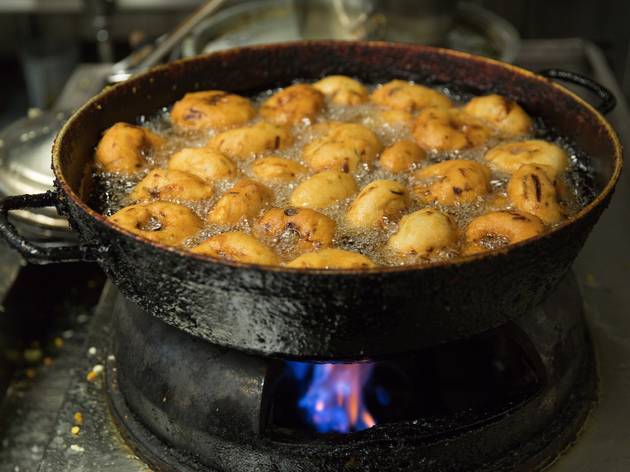 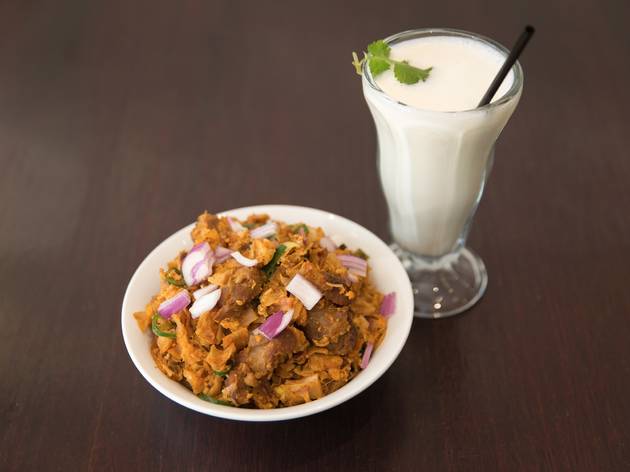 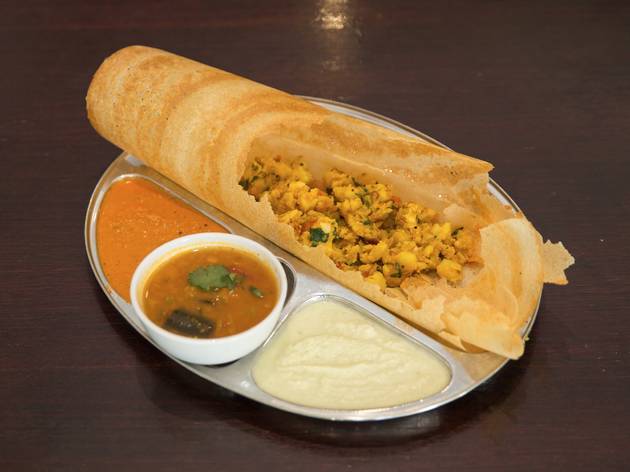 Sri Lankan food is having a bit of a moment right now. And it’s all about one dish in particular: hoppers. A thin, crisp, yeasted rice crepe, hoppers are served as a traditional brekky in Tamil Nadu and Sri Lanka. A riff on tradition are string hoppers: imagine a jangle of vermicelli noodles, woven together into a loosely shaped disc. They’ve been served out West in Sydney for decades, but with word on the street saying that ex-Berta chef O Tama Carey is due to open a hopper restaurant this year, they’re gaining a hip-factor like never before.

Indo Lankan Food Bar is an old faithful for string hoppers. Situated right beside Seven Hills train station, this Indian-Sri Lankan restaurant-cum-takeaway feels a bit tired and worn, boasting that aggressive neon lighting so familiar from India. Although it’s quiet when we walk in at 8pm; by 9pm there’s a far more bustling crowd.

The string hoppers come all different ways – tossed with spices, egg and onion aka ‘kothu’; or served steamed with a side of curry. We try them alongside a Spanish mackerel curry where the oily, pungent fish is absolutely the prima donna. Use the neutrally flavoured hoppers as dippers to lighten the load. It's served with a light and bright coconut chutney which further balances out the strong fish taste.

Vada are like savoury Indian doughnuts. Here they are studded with fragrant fennel seeds, with a dense, rather than soft, texture. They will fill you fast. Order them alongside some bouncy, steamed rice cakes known as idli as a mixed starter and dip them alternatively in spicy, salty, tamarind-rich sambar and more of that curry leaf-flecked coconut chutney.

Try the masala dosa for a true taste of Tamil Nadu. A huge, folded (rather than rolled) fermented lentil pancake comes encasing curry leaf spiced potatoes, with sambal and two types of coconut chutney on the side. Feeling a bit rough from the night before? Imagine kothi roty as the Sri Lankan equivalent of Malaysia’s char kway teow, the flat rice noodles replaced by torn up pieces of stir-fried roti. You can get it served eight different ways, but we go for goat served on the bone, which is cinnamon-toned, rich and deeply comforting.

If you fancy something sweet, wattalappam is a coconut milk and jaggery (unrefined Indian sugar) custard from Sri Lanka. It can be smooth and silky, or spongy and eggy, and here it’s the latter. Served in chunks rather than in a pot, and doused in caramel-like jaggery syrup, its slightly curdled texture might offend some. For a less intense taste,  go a sweet or salty lassi instead (the mango lassi is more sweet juice than cooling yoghurt).

Service is a bit all over the place here, but given there is only one waitress for the entire restaurant, that’s not surprising. The food is not quite at Janani level in the delicacy stakes, but it’s good. Plus on Sundays they do feasts laid out on banana leaves. And if we lived in Seven Hills, we’d probably be here for that kothi roty more than we’d care to admit.