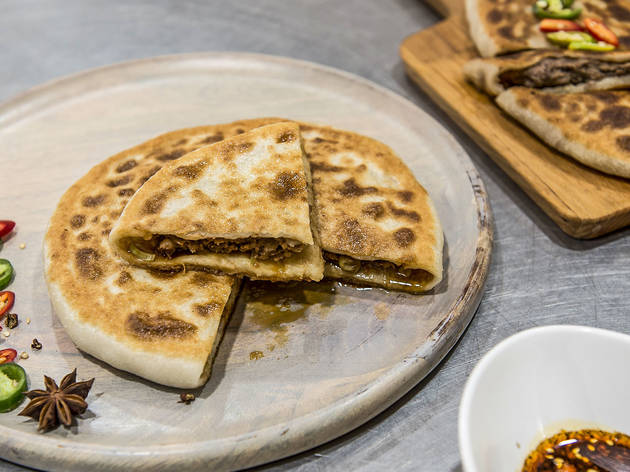 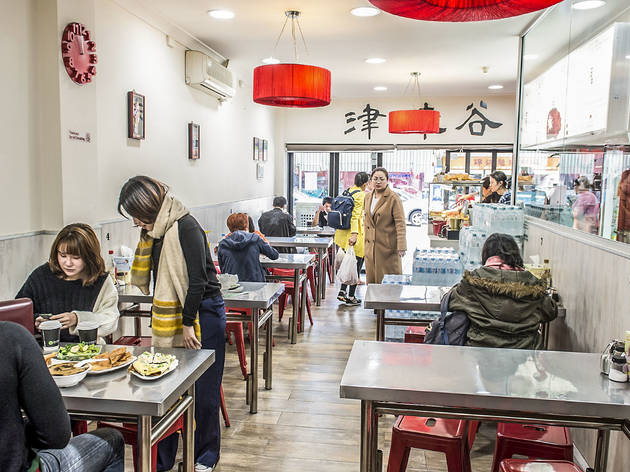 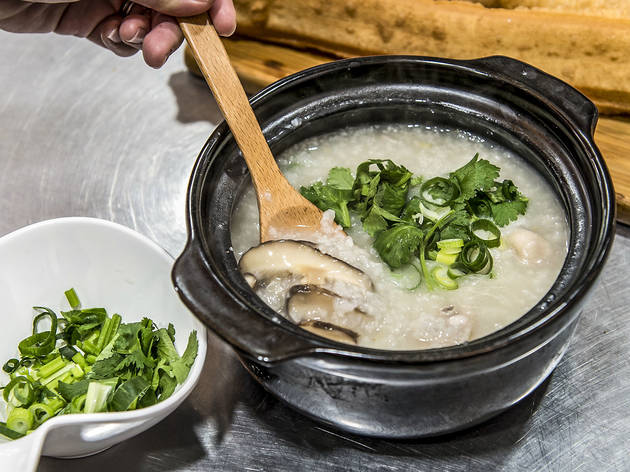 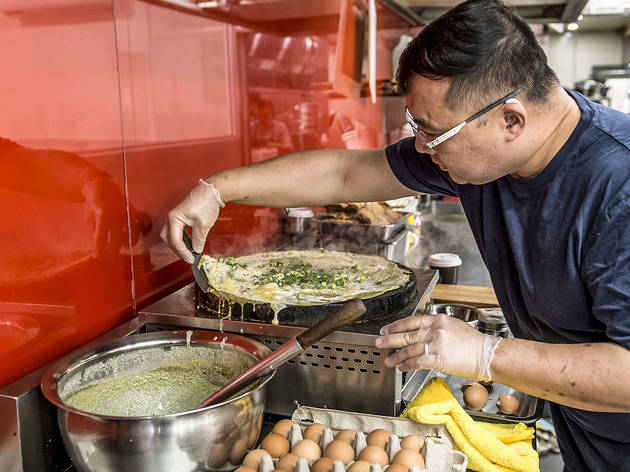 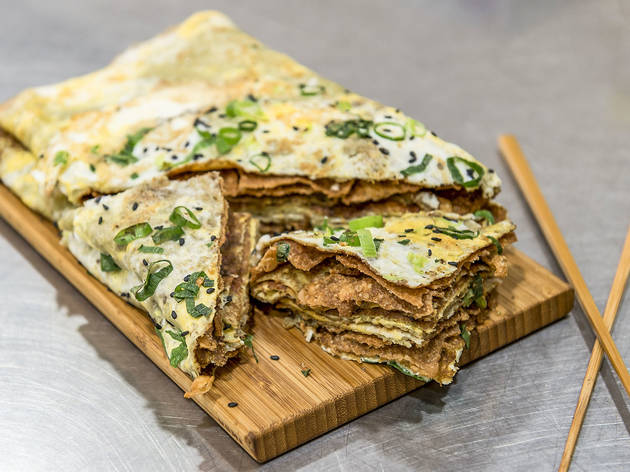 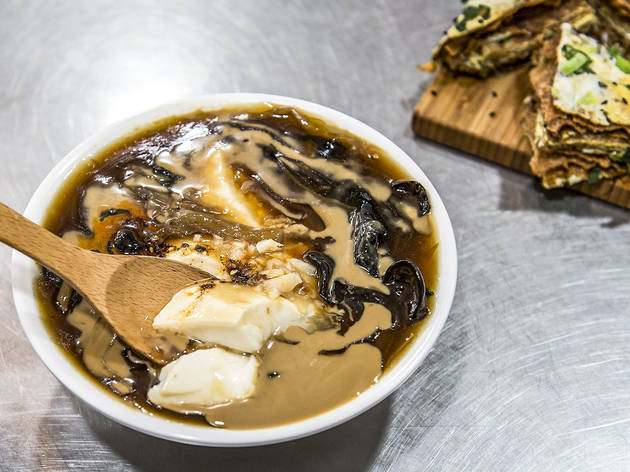 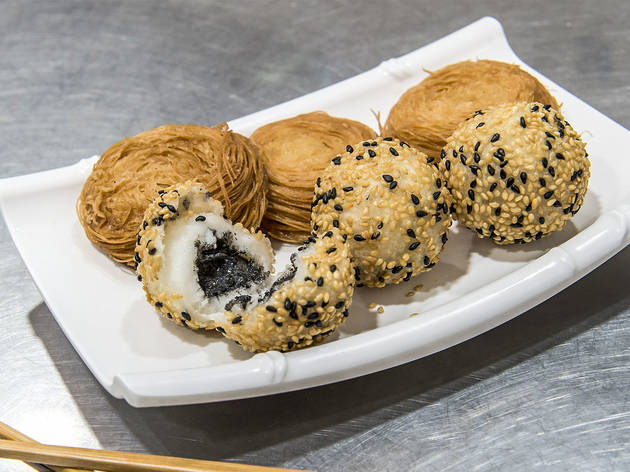 For Sydney folk, breakfast is a matter of pride. We might not have late nights anymore, but no one can take from us our right to a Saturday morning coastal walk and $22 ricotta hotcake. However, what if we told you there’s something even more thrilling than smoothie bowls by the sea or shakshukas after a 40 minute wait on a Crown St footpath?

That challenge takes us to Jin Weigu in Campsie where they’re doing powerhouse breakfasts, Northern Chinese-style. Here, as in Beijing or Tianjin, the only way to start the day is with a meal that’s hot, hearty, thick, and filling – the kind of food that’s sustained populations through thousands of years of bitter winters and a hardy history. No-one was off battling the Mongolians on juices and bliss balls.

The menu board and heat-lamped display offer an overwhelming variety of AM staples from the mainland, comprising everything from crunchy crullers (deep-fried cakes) dipped into freshly ground soy milk and paper-plain millet porridge, to robust lamb bone stews, and buns filled with sweet red bean. Mostly however, you’ll find endless bready delights – turned, twisted and folded into enough shapes to make a Play School presenter sweat, then steamed, grilled and fried to every shade from snow white to blistered brown.

Your dollar stretches light years further here than in the Inner East, with most items cheaper than a single cup of cold brew. Order with abandon and get deep bowls of wobbly tofu layered under a thick soy and five spice sauce, swirled with sesame paste – smooth, lush, and nutty, think of it as a savoury breakfast custard. Stone pots of silky chicken congee warm hungry travellers to the core, a soothing base livened with bits of ginger, shiitake and coriander that surface with every spoonful. Back it up with a steamy hot handpie, in which thin, stretchy flatbread encases a bounty of verdant green chives mottled with egg and chopped vermicelli.

Whatever delicious carby journey you choose to tread, make space for jianbing, China’s king of breakfast street foods. While cooking over a flat griddle, this supple mung bean flour crepe is finished with a wash of egg, then an umami-rich fermented bean sauce, but we’re not done yet. In goes deep fried wonton crackers, fresh shallots and black sesame before it’s folded up into a hot, crunchy savoury wrap that’ll take you all the way to lunch. In China, it’s a morning ritual for millions to line up for fast-flipped jianbing to eat with hot soy milk or chrysanthemum tea, arriving for class or work ruddy cheeked and full.

Monday to Saturday Jin Weigu swings open its doors at the tradie-friendly hour of 5am, releasing the aroma of steamy buns, sizzling pancakes and bubbling soy milk into the pre-dawn air. It’s as tiny as it is popular, so don’t think twice about pulling up a chair next to new friends, united in the common joy of a breakfast that nourishes and warms so deeply that you’ll either be raring to go for the rest of the day or shunted straight into a Saturday arvo nap.