Restaurants The Rocks
Recommended
4 out of 5 stars 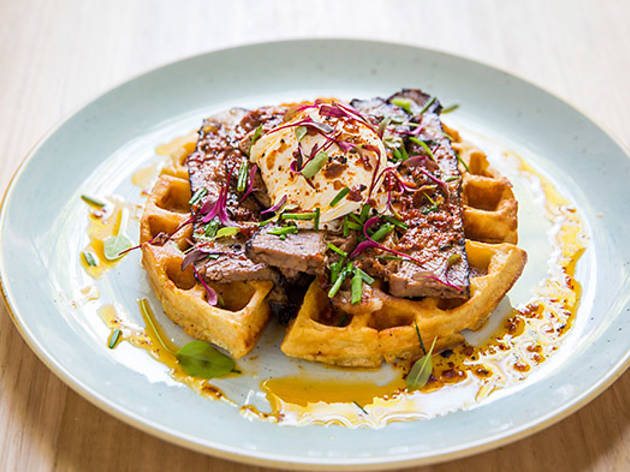 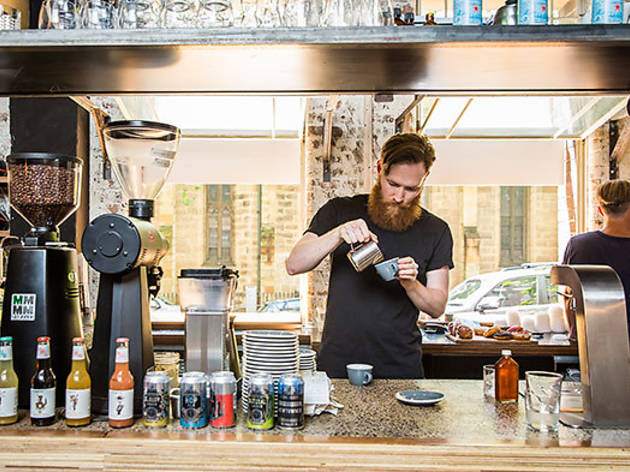 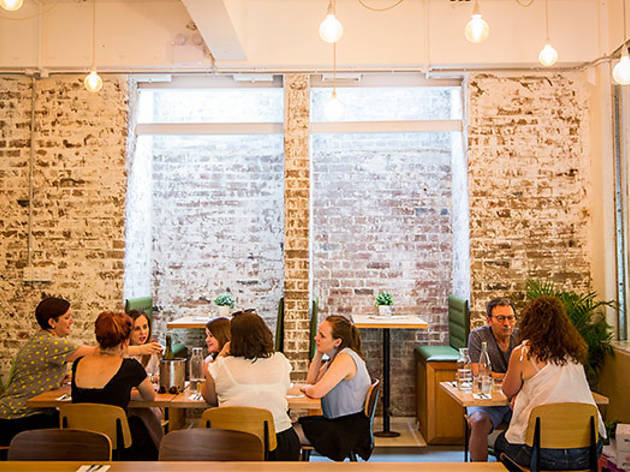 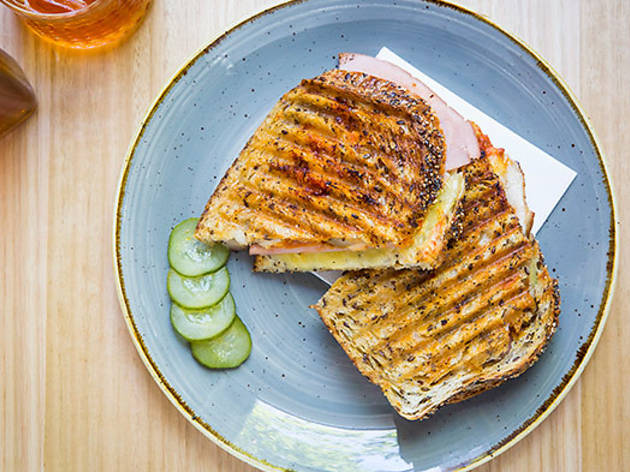 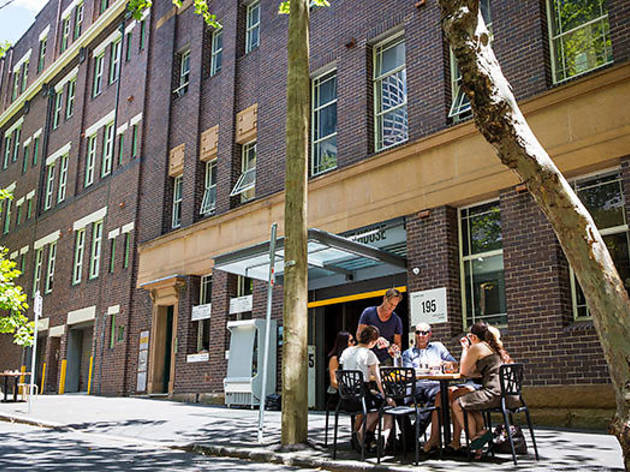 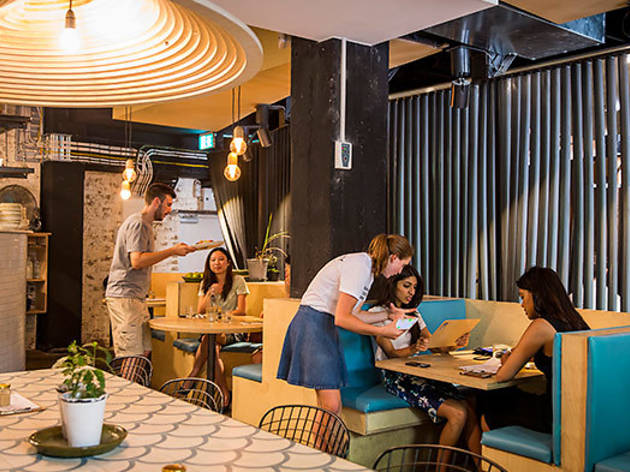 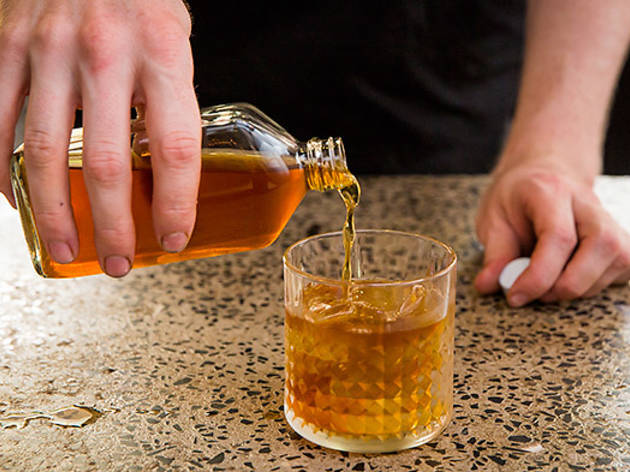 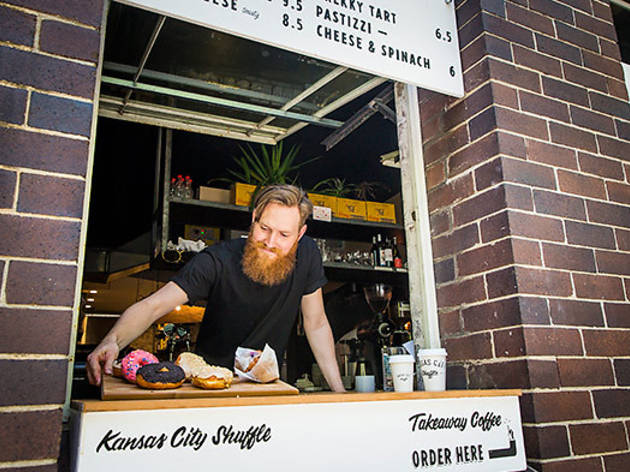 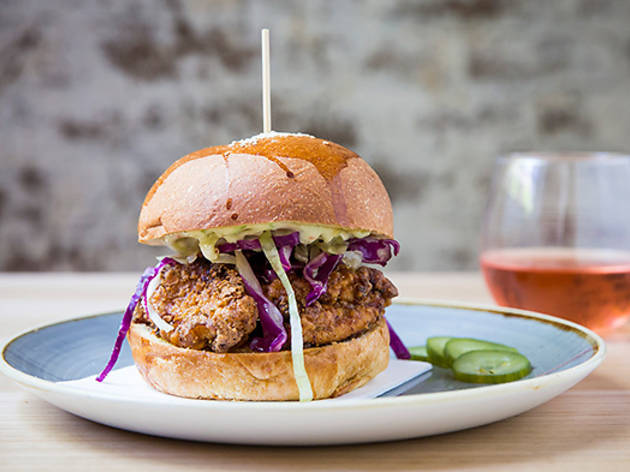 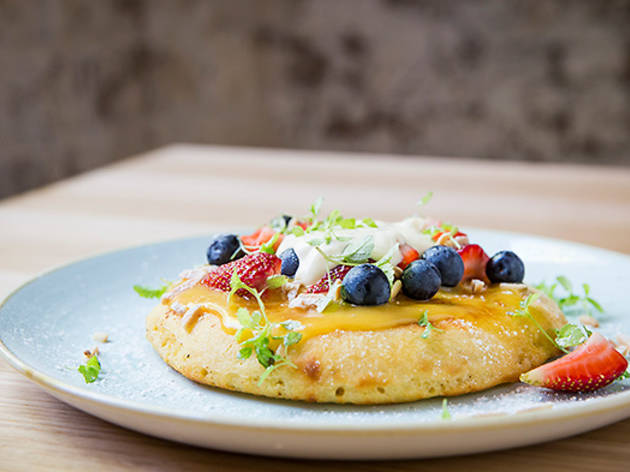 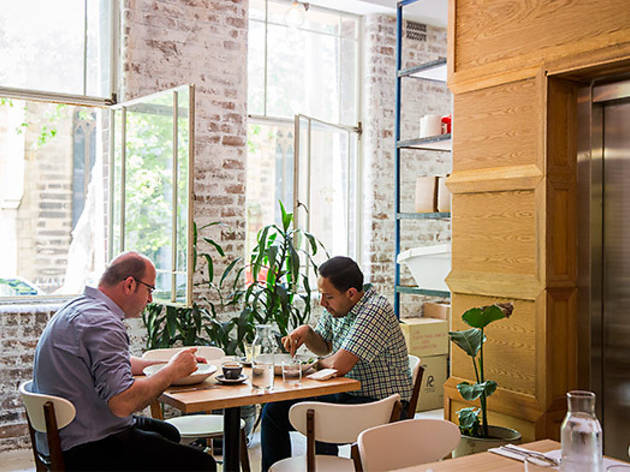 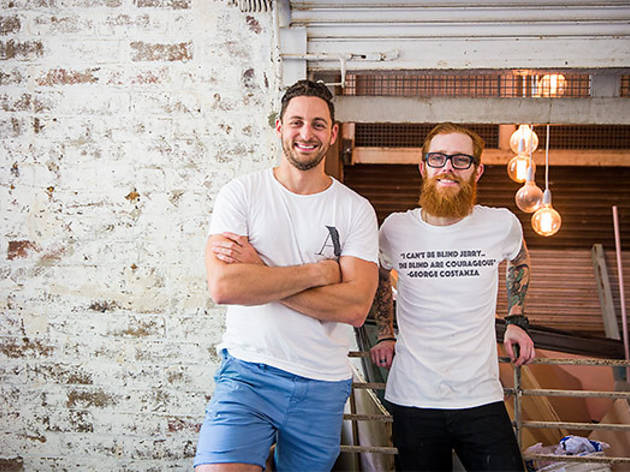 All other cafes in the Rocks, please exit here – there's a new café in town

It's amazing how a bit of funk, jazz and old school rock and roll can create such a ludicrously fun vibe in venues. And so it is at Kansas City Shuffle, the new café from the fella behind Melbourne's beloved Proud Mary and Dr Morse cafés, Kayne Mordini, and Sydney's own Ben Sweeten of Surry Hills' Joe Black. We're in here at the end of the lunch hour, Amy Winehouse is on the stereo, and although the place is pretty dead (which is perfectly acceptable at 2.30pm on a Monday), the tunes make the place seem full, and actually really welcoming.

The coffee, as you might expect from such coffee enthusiasts as these, is solid. They're using Single Origin Roasters beans and our flat white is a light roast with a nice hint of fire at the end. After something stronger? They've got Aperol Spritzes, Espresso Martinis, a range of beers and a list of wines on offer too for upwards of $8.

Order the pancakes, or should we say 'pancake'. Nine inches wide and an inch thick (it's fried then baked to retain that height) the beautiful beast is fluffy, light and almost like a moist sponge cake. It’s served drenched in tart lemon curd and topped with slivers of toasty, crunchy almonds, fresh strawberries and blueberries. There is a massive quenelle of cheesecake cream bedecking the top and - genius of geniuses - little sprigs of lemon myrtle that add spice and perfume. It's like Uncle Buck’s pancakes and lemon cheesecake are having a party and you're invited. If you're a sweet tooth at brekky, don't think. Just order it.

Want something else from a movie? Try the Cubano sandwich (if you've seen the film Chef, you'll know what we're talking about). At KCS, seeded quinoa bread is pressed to within an inch of its life, filled with tender swathes of pork belly, smoky leg ham, crunchy pickles, tangy mustard and an indecent amount of stringy, melted cheese. As a hangover cure, it is perfection, but frankly we wouldn't knock this sandwich out of bed at any hour.

We’re also despo to try the waffles with brisket, poached egg and smoked chilli butter while we’re here, but they’ve sold out for the day – a strong sign that they are probably as amazing as we imagine them to be.

The interior is on point too, set inside an old industrial space in the Rocks (dangerously close to Wynyard - see pancakes, above), the two spaces that make up the café – upon entering turn left for service, right for seats­ – have concrete flooring, pale wood in abundance and so much Edison bulb lighting you might need to shield your eyes from this much cool.

Service is super warm albeit a bit haphazard (we don't get cutlery with our food until we ask and no one is able to tell us what blend of coffee they’re using). But overall we really like this joint. And not just as a decent place for a quick lunch or brekky in the city – although this is clearly your best bet in the Rocks – KCS is a destination eatery. Now that they're opening on Sundays (starting on Sunday June 5), we'll be training it into Circular Quay on the weekends to spend some time lingering over that pancake. And we suggest you do the same.