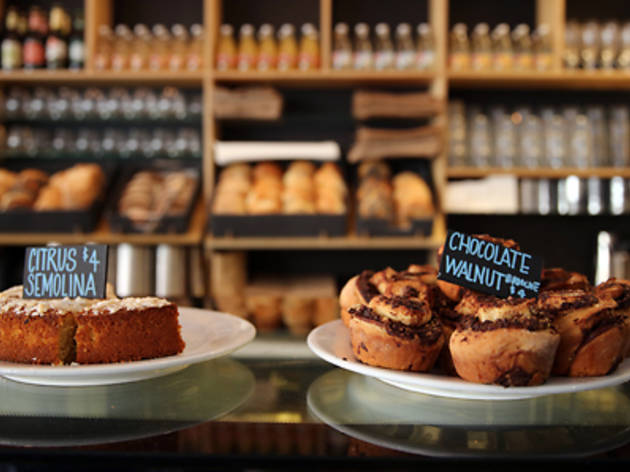 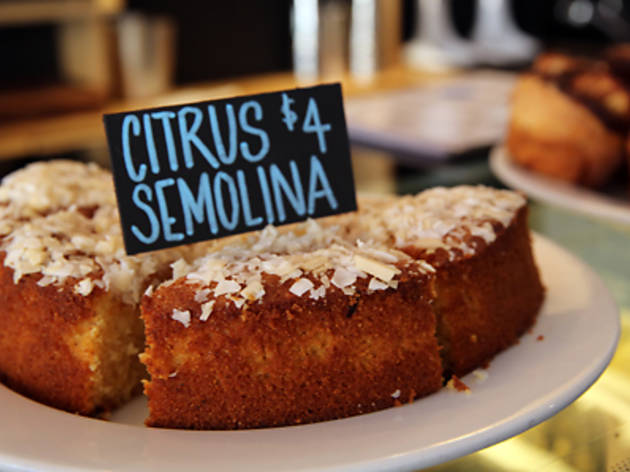 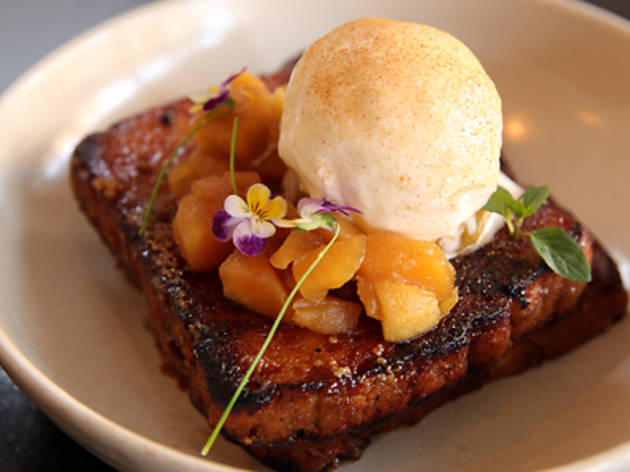 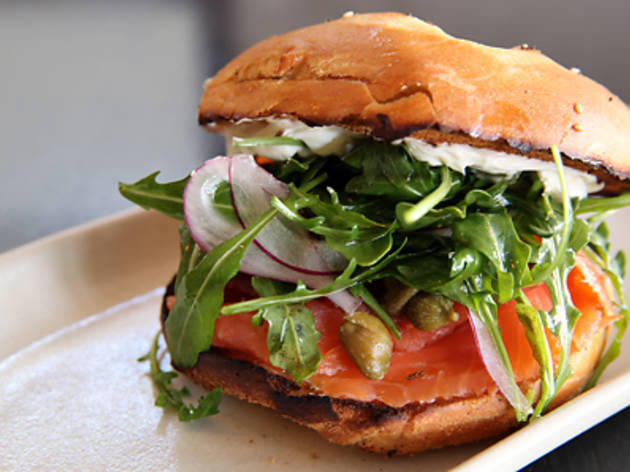 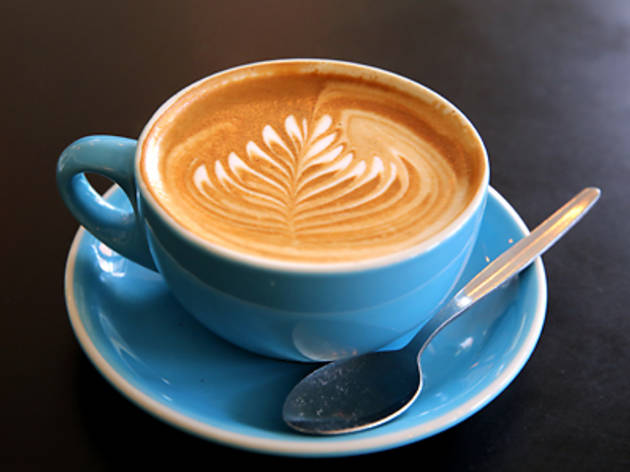 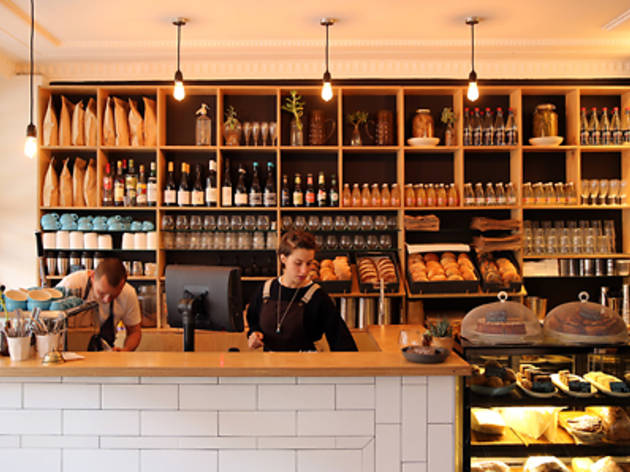 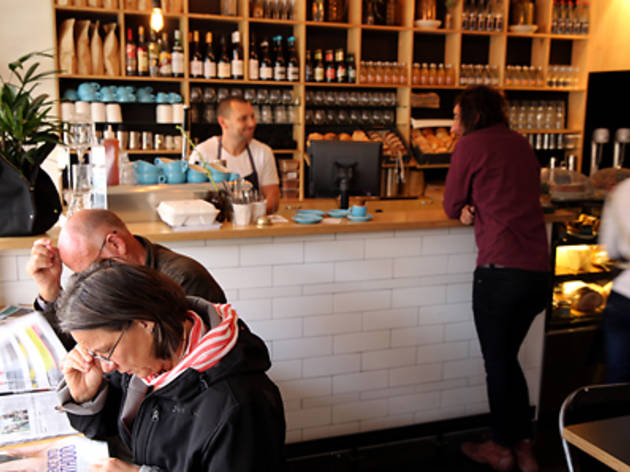 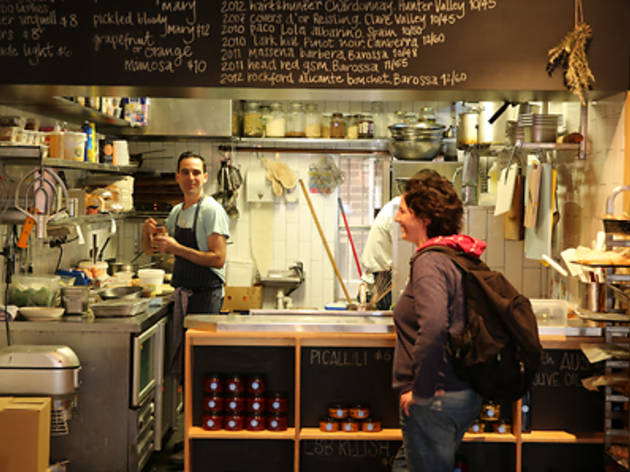 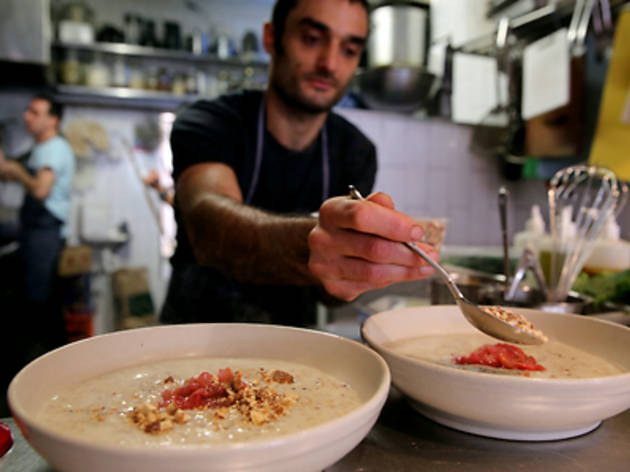 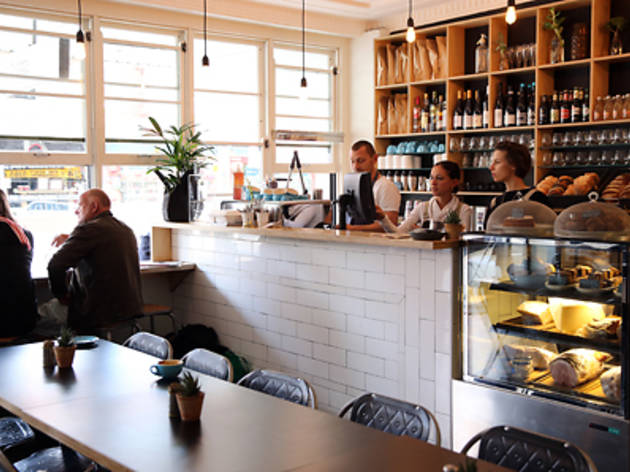 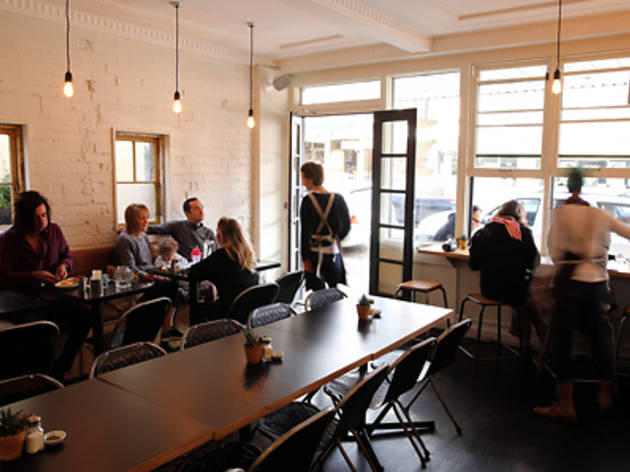 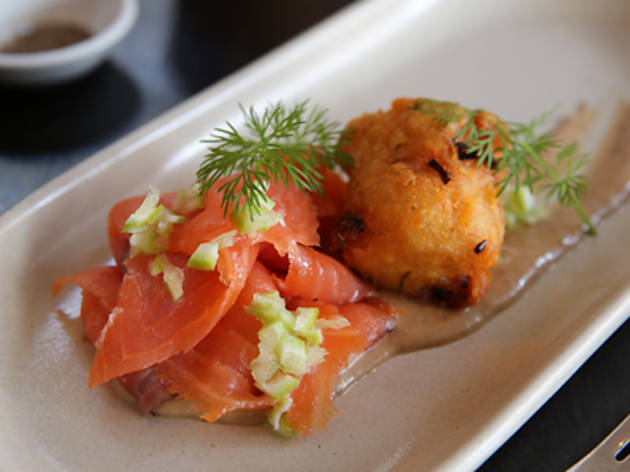 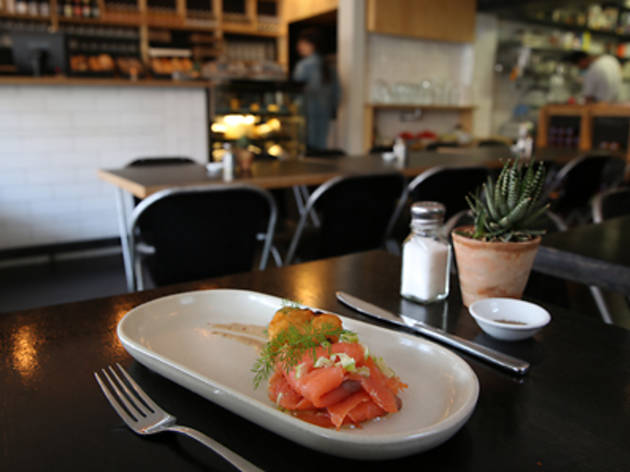 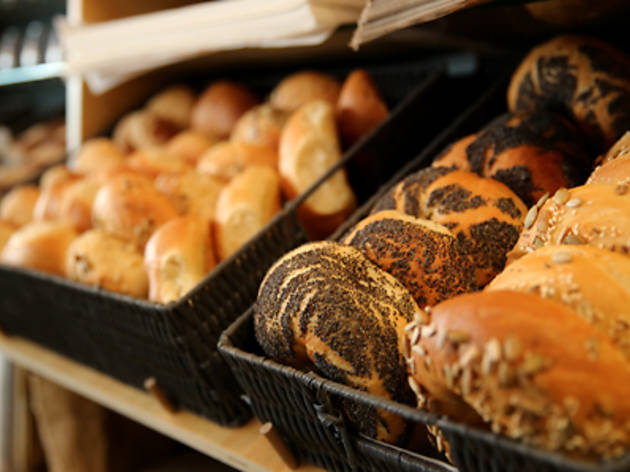 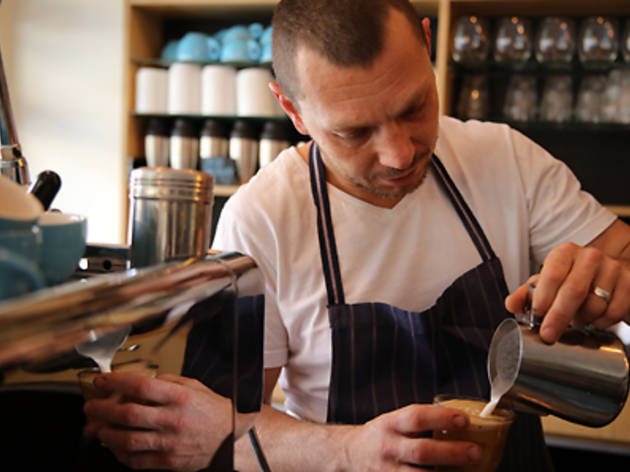 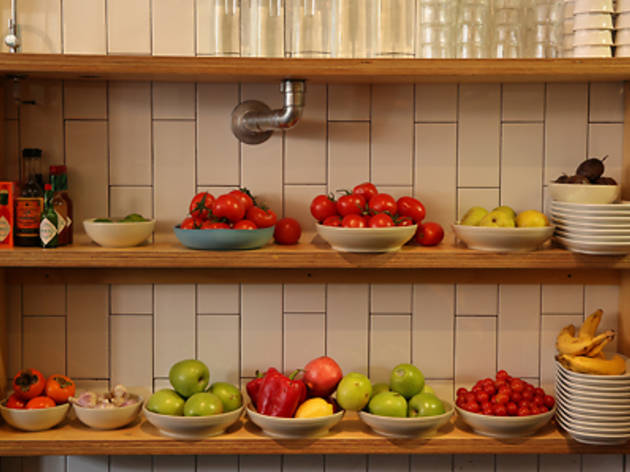 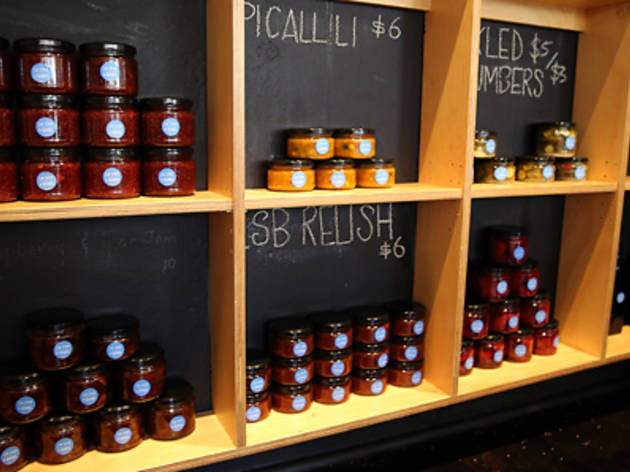 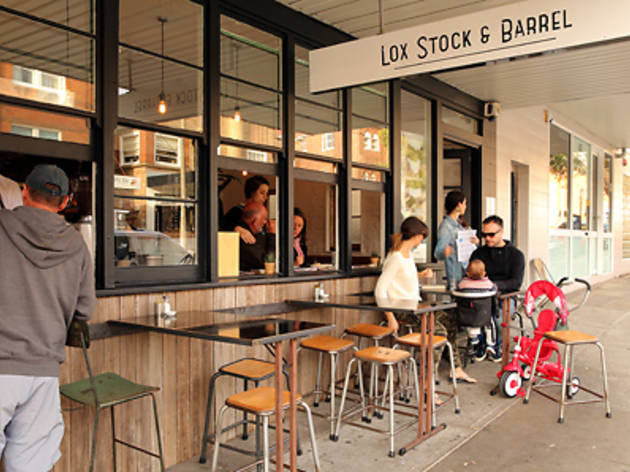 It’s all about bagels, brioche and brisket at this New York deli-inspired bakery café in Bondi

This shiny new Bondi café is the little brother of popular brekky spot Brown Sugar, just around the corner on Curlewis Street. But unlike Brown Sugar’s fairly straight, surf-style café fare, Lox, Stock and Barrel are offering something a little left field. We’re talking bagels, and lots of them.

The beauty of a bagel lies in its density. The slightly sweet, chewy dough that has been boiled and then baked is usually as solid as a brick and would do similar damage to a windowpane, all things told.
This is where a little tweaking by the people at Lox, Stock and Barrel comes in. Their bagels still retain a touch of sweetness and require strong jaws to eat them with, but somehow they’ve made them lighter and almost fluffy. Purists may scoff but it’s this give in the dough that makes them ripe for the filling.
With a name like this you’d be a fool not order the lox. Get it on an onion bagel decorated with a smattering of sweet, fried onion pieces. They aren’t holding out on you here. Both sides of the bagel are generously spread with cream cheese, which cements the smoked salmon (lox), rocket, red onion and juicy capers.

Can’t quite muster the space for boiled bread? The lock’n’load is just what the doctor of moderation ordered. A crisp-shelled hash brown the size of a child’s fist comes with a loop of smoked salmon bejewelled with diced lime and a citrusy, dill crème fraiche dressing. If you’re here for a breakfast blowout, turn your attention to the brioche French toast. Two slices of brioche have soaked up the creamy, vanilla and egg mixture so that the outside is fried golden brown.
Lox, Stock and Barrel is decked out like a schmick Euro canteen with black-top tables, a white-tiled counter and a massive, open kitchen along the back wall – not a speck of ocean blue paint or a surfboard to be seen. Service is friendly and attentive but word has spread already and the pace never really dips below brisk. If you’re planning a trip at café peak hour, be prepared to wait.
Share Tweet