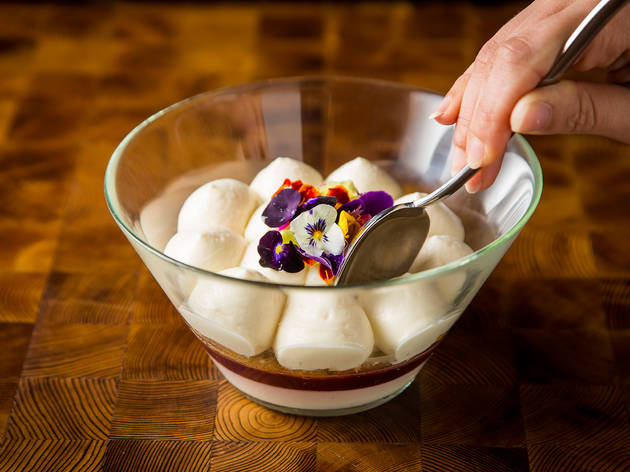 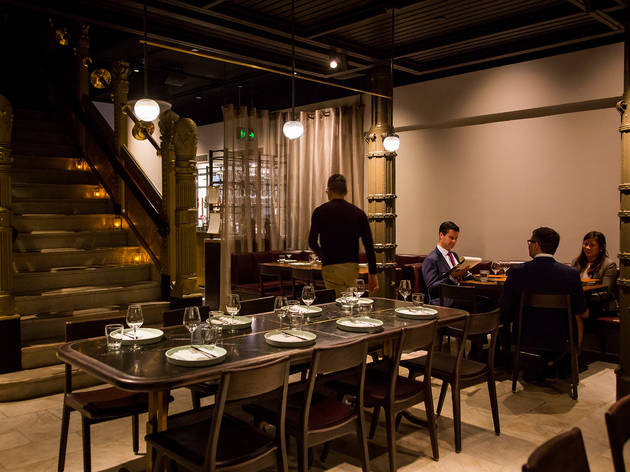 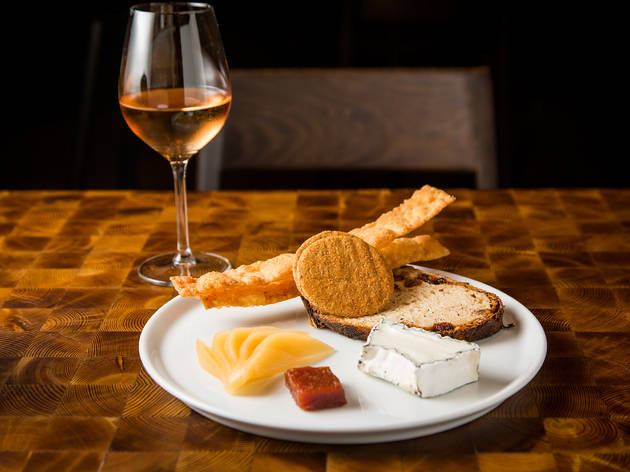 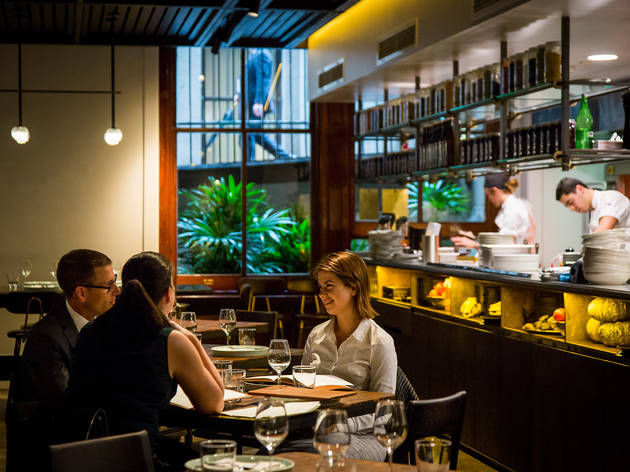 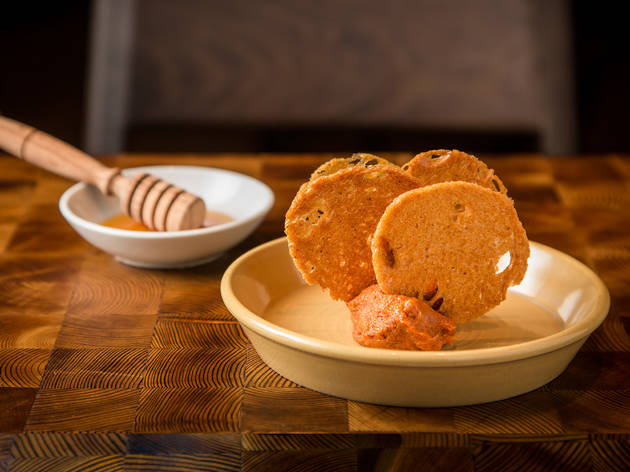 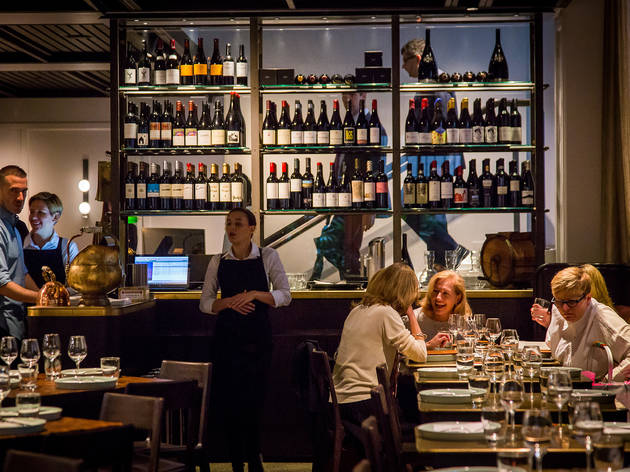 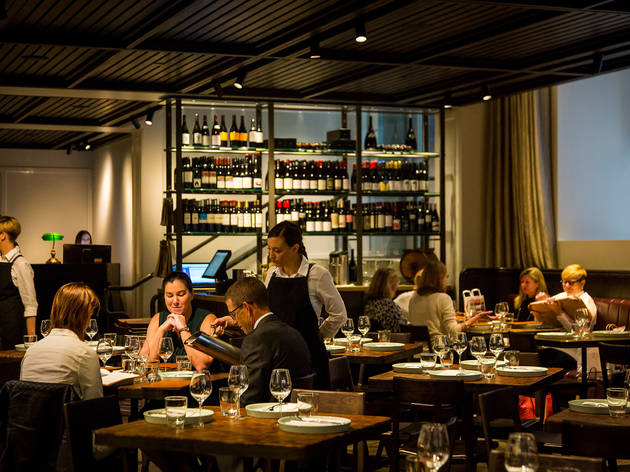 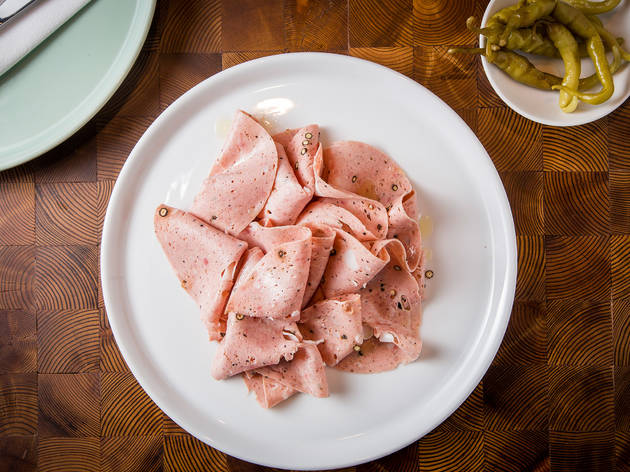 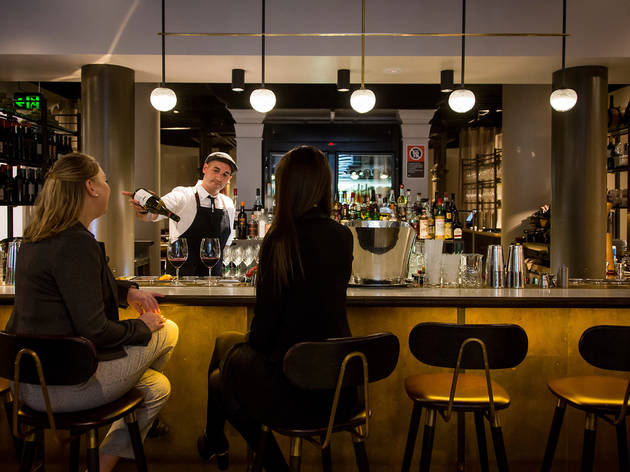 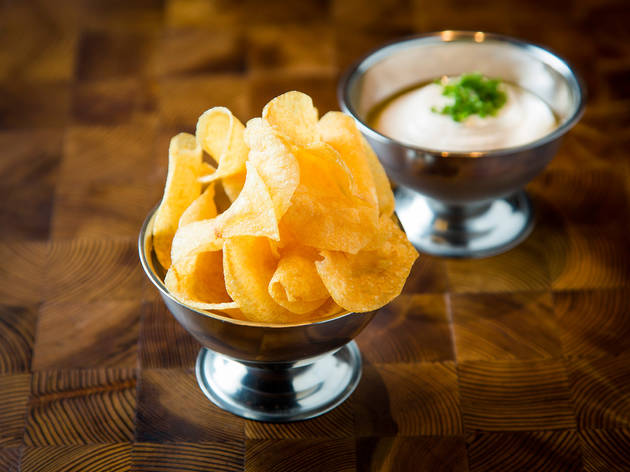 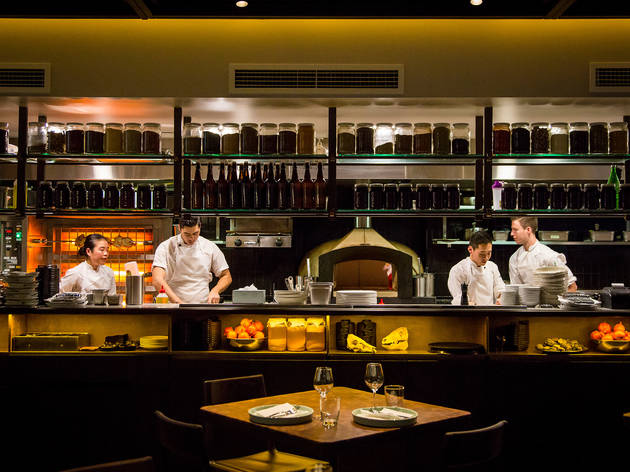 It’s one of this year’s hottest openings. But is it good?

Some chefs are good at cooking meat, others are better at desserts or making a humble vegetable shine. For diners, that often means the way to get the most from your visit is by knowing what to order before you go in – and Mercado is one of those restaurants. It’s the new Mediterranean restaurant by the group behind China Lane and China Diner, with former Nomad executive chef Nathan Sasi at the helm, and the night we visit there are joyous hits and spasmodic misses.

The space itself is beautiful, but nothing new – white walls, brass tables, concrete features and lots of noise. It’s set below street level on Ash Street in the CBD, slap bang between Indu and Ash St Cellar. Mercado’s calling card is that they’re making much of the menu from scratch, and that includes the charcuterie and cheeses. This, dear reader, is where to throw your coin. Take the Mallorcan salami paste, which is basically Italian n’duja, but Spanified. It’s thick, rich and deeply umami, served with four little flat croutons for scooping and a dish of wild thyme honey for drizzling (ask for a teaspoon to replace the ludicrously useless wooden honey dipper).

Another highlight is the ‘fish n chips’ – a bowl of creamy, almost fluffy, taramasalata with (slightly-too-fragile) crisps. Both are good-sized serves for $12 a pop that go nicely with a glass of light, clean rosé from Côtes de Provence in France (our cocktails are saccharine – give them a miss).

We’d skip the spit roast pork, which is, on certain cuts, challengingly chewy, and makes us feel like puppies working away at a leather slipper. ‘Dripping potatoes’ on the side see crisp roast potatoes imbued with the alpine flavour of rosemary and served with a roasted garlic crème fraîche, but they don’t do much to save the pork dish.

Instead of the heavier feeds, we’ll be heading for the cheese plate. They’re making two of their cheeses in house, and although it’s rare for a house-made aged cheese to be any good, Mercado is the exception to the rule. Their Valençay is smooth, silky and pungent with the gorgeously brash acidity of goat’s milk. It’s served with plenty of bread and crackers, plus poached pear and quince paste. It’s practically a meal.

The rosewater and pistachio trifle is also a joy. It’s served in a glass bowl (our inner nanna expects nothing less) with layers of rosewater jelly, yoghurt blancmange, pistachio sponge, crisp pastry and moussey, whipped mascarpone piled up on top of each other to deliciously textured effect. It’s also massive, so be sure to share it between at least two.

We have weird service – our waiter is macho and doesn’t give much away when we ask him questions, which is odd when that’s pretty much his job.

Although some dishes are memorable, nothing here feels particularly new. In fact, the best things on the menu are those that are aged – the salamis and the cheeses. If you stick with those, you’ll be set.