Freshwater is fast becoming a culinary destination... thanks to Mrs Jones

Well this is a rather lovely opening for Freshie. Sure, there’s Pilu down the road for a fancy dinner, but with rather a sad state of affairs bakery-wise, locals have been hanging for a decent place to buy their bread. And now they've got it – along with a vast array of cakes and gelatos thrown in for good measure. Hello, Mrs Jones.

The joint comes to you from husband and wife team, Lucy and Barry Jones. Here’s the 101: Lucy has worked as a pastry chef around the world, including at Harrods in London as well as Café Sydney and the Bathers Pavilion here at home. Barry has worked in Michelin-starred restaurants throughout Europe as pastry chef. He made Sly Stallone’s wedding cake (!) and used to be on call to the Sultan of Brunei 24/7 for what we can only imagine were cake emergencies. These guys sure know how to bake, and here they are in little old Freshwater.

The café is a long, thin space, with whitewashed bricks, Edison bulb lighting, concrete floors and a glass-walled kitchen up the back. There are a few seats lining the wall but why sit inside when the beach is but a five minute wander? It’s the window display of cakes that will stop you in your tracks – meringues dusted with cocoa; lush cakes and brownies; flaky croissants and chocolate-studded bickies. That's not to mention the breads piled up high behind the counter.

The flourless chocolate cake is undoubtedly one of the best in Sydney: rich and deeply chocolatey, it’s been double-baked with two lots of batter so that the top stays slightly undercooked and sinks into moussey tenderness on the fork. The signature ‘Freshwater thong’ sees a thin layer of crisp, cinnamon-toned biscuit topped with light chocolate mousse and the thinnest slick of glossy chocolate ganache – all made to look like an actual thong. This is Black Star Pastry quality in terms of flavour and execution, and that is a big call. The ‘World Cup Cake' won third best chocolate cake in the world at the 2013 World Pastry Cup in Lyon, France, and we can see why. It’s layers of chocolate mousse, raspberry coulis, lime crema, chocolate madeleine sponge and walnut and macadamia streusel (like a crumble). It’s so balanced, so delicate, that we’re a little beguiled by it.

Lucy and Barry are both English, and so there are lots of old-school British classics on offer. The Victoria sponge is filled classically with house-made strawberry jam and whipped cream, the sponge firm if not light as a feather (we’d prefer it if they cut this cake to order, aka Flour and Stone, to stop it from drying out). But the Norfolk shortbread is a revelation. Unlike the traditional version, which is often one piece of pastry dotted with currants, here the pastry is layered up like a mille-feuille, so that each piece of rich, flaky shortcrust breaks off into buttery shreds in the mouth, bringing with it bitter hits of caramelised currants. Eccles cakes are a bit of a thing right now, being served at Nel and Silvereye (two Northern English head chefs will do that to Sydney). Here at Mrs Jones the pastry is filled like a pie with Christmas-spiced sultanas, grated apple and citrus. After something more savoury? Try a hot steak pie or sausage roll, the pastry of which must have been made by butter-loving angels.

All the breads, made daily in house, are organic, and the white sourdough is the best bread you’ll find in this part of the beaches. It’s not Iggy’s standard (then again whose is?) but it’s got a nice sour taste, crisp shell and bouncy, aerated interior. Or why not go rogue with the seeded buttermilk and treacle bread? It’s faintly sweet, very moist and nutty in flavour. This with a side of jam at brekky will do us nicely thanks.

The coffee is very good. They're using Colombian beans from La Hacienda Caffe and the flat white is smooth and silky, with only the faintest hint of fire. It's not perfect; on one visit the milk's rather frothy and a bit too hot, but somehow the beans hold up to it.

At the back of the store there is a range of fresh gelatos, made on the premises. They are not doing takeaway boxes yet (but it won’t be long, they say); for now it’s just waffle cones and paper cups. The flavours change with the seasons but our pick is the cookies and cream, made from vanilla gelato tossed with their crushed triple-choc cookies. Throw out your Connoisseur version immediately and just eat this: the cookies are crunchy, the ice cream creamy and smooth. Why a beach suburb like Freshwater has taken this long to get a gelataria, we’ll never know.

Finally, Freshwater has the bakery it deserves. It’s already got a couple of decent small bars, JB’s and Stow, but will it become the Bronte of the North, now that it’s got a Mrs Jones to their Iggy’s? Who knows? But we're loving the way things are going. Watch this space, Sydney. 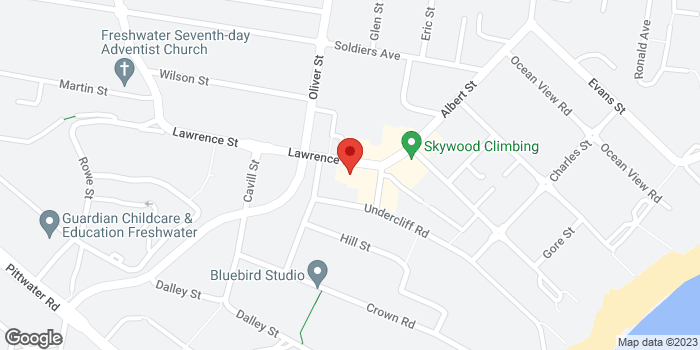