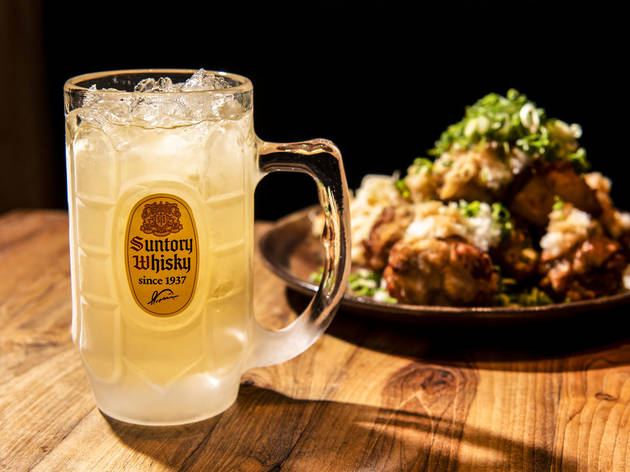 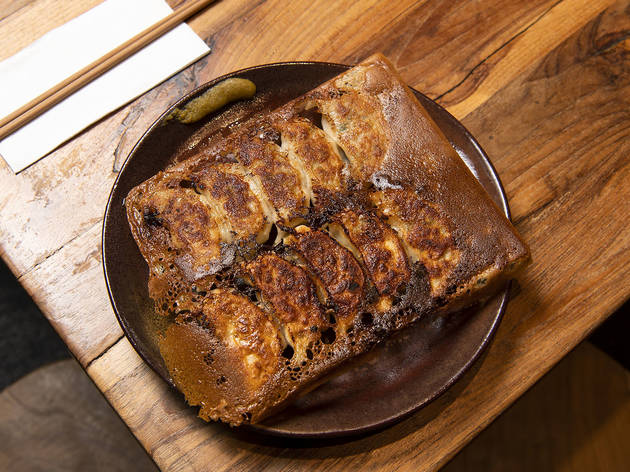 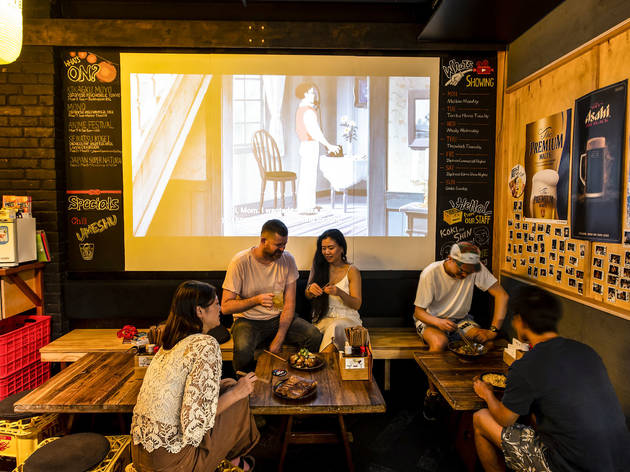 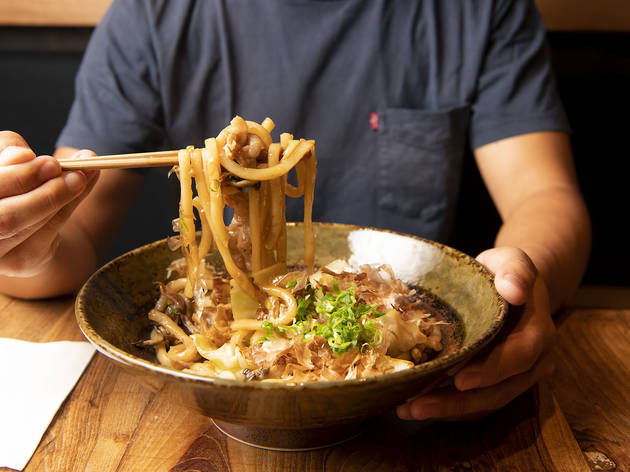 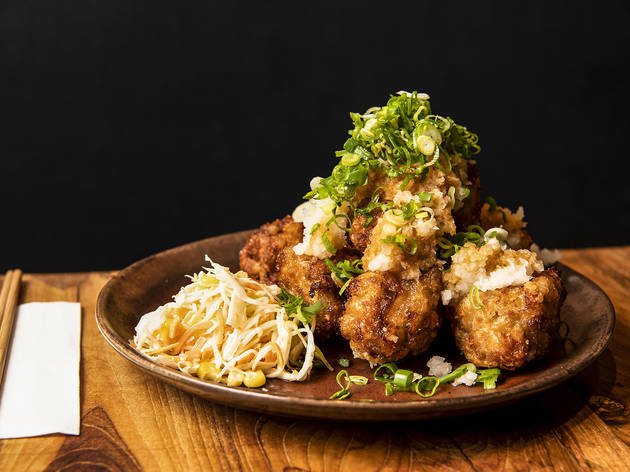 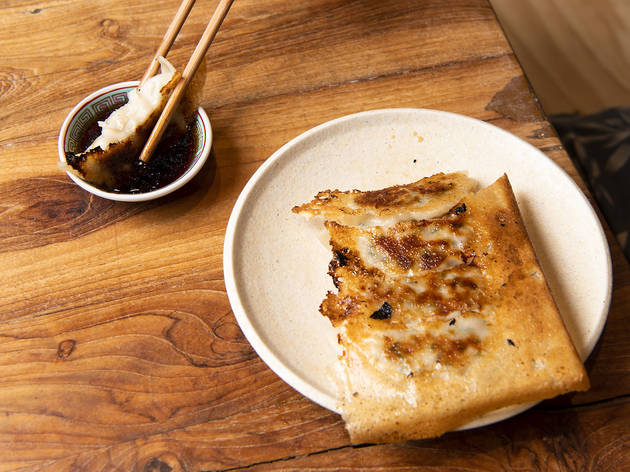 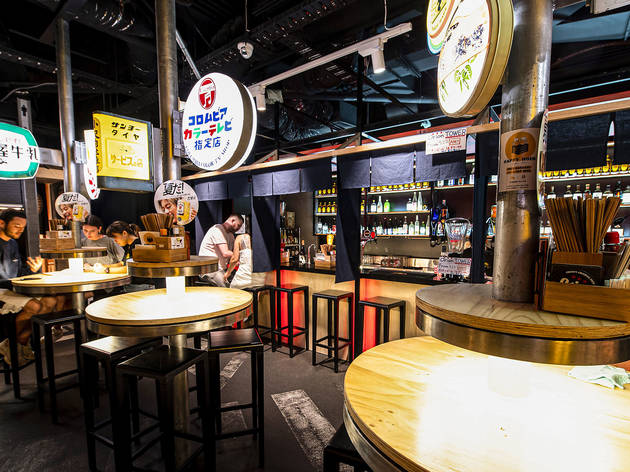 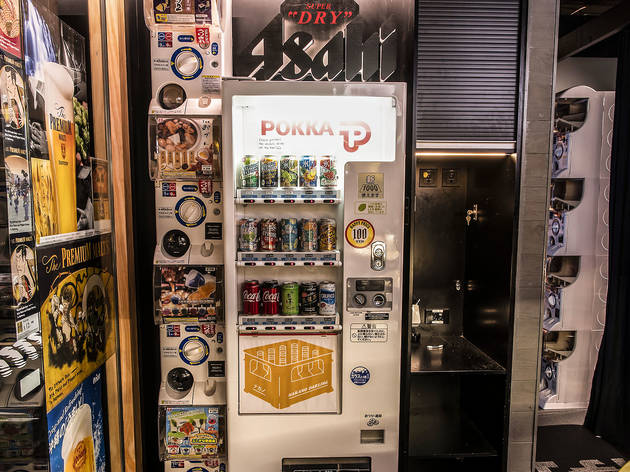 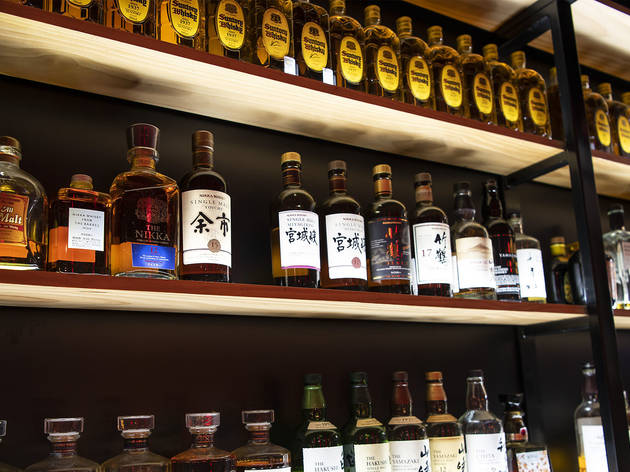 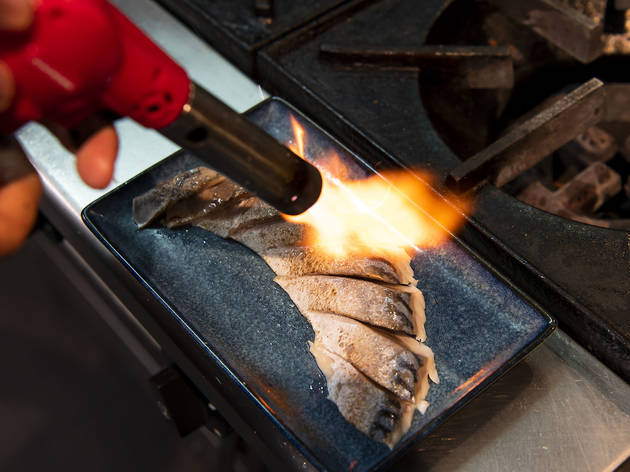 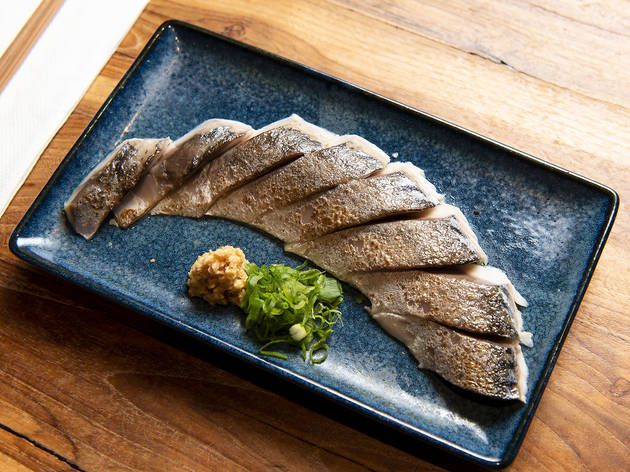 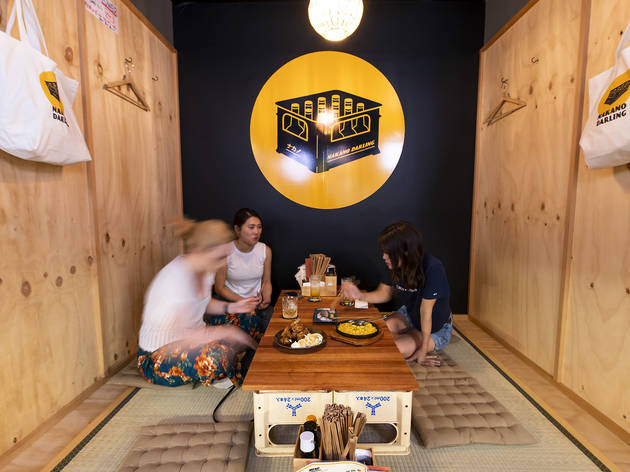 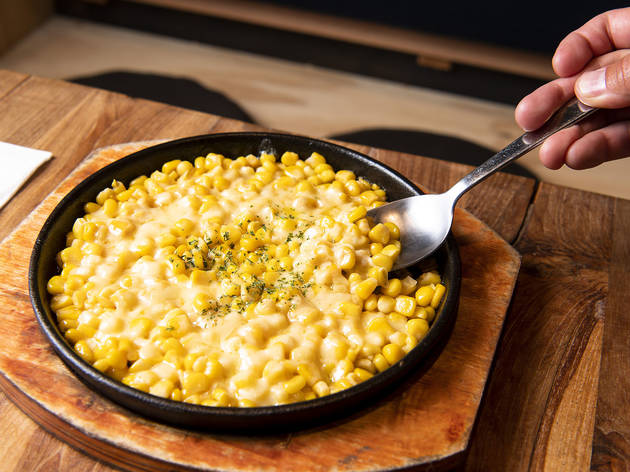 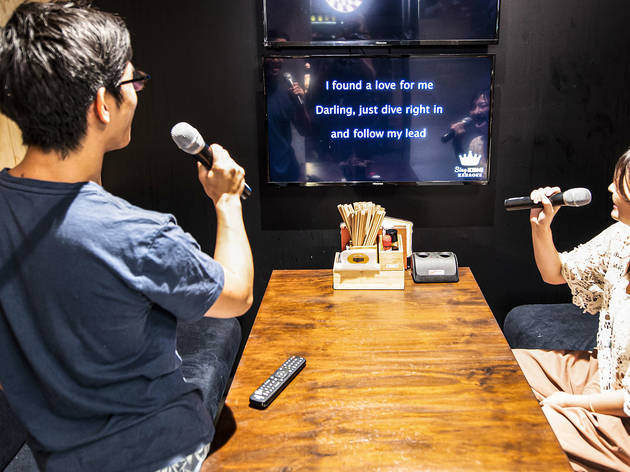 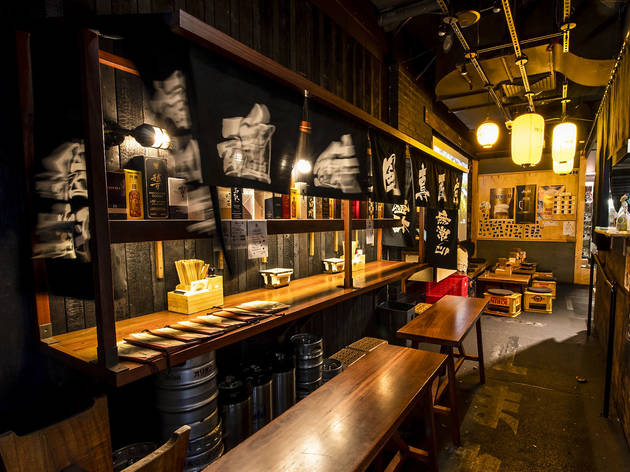 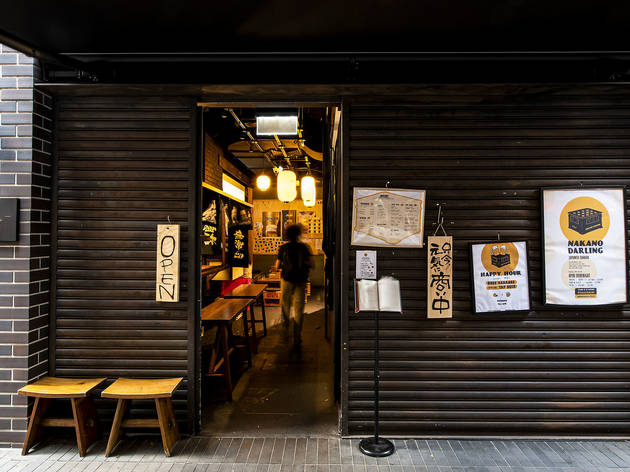 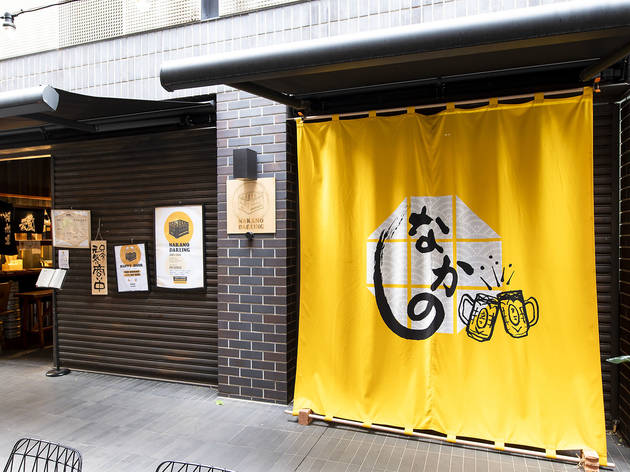 Japan’s best izakayas are the ones you lose yourself in. The places where your first visit ends hours later, when you stumble out after a long night of highballs and grilled offal feeling like a regular. The team behind two of North Sydney’s cosiest Japanese small bars, Yakitori Yurippi and Tachinomi YP, have nailed that feeling so well at their third project, Nakano Darling, that time and place become vague; the little details transportive enough to make you wonder if you’re still in Darling Square.

Beyond the grubby garage door façade, flanked by a wooden bench and a giant, eye-popping yellow flag, is not so much a bar as a Japanophile’s dream. It’s brought to life by unmistakably yellow Kirin beer crates, an abundance of raw oak, and a bar with an impressive line-up of backlit, now ultra-rare bottles of Suntory Kakubin blend whiskey perched above the usual suspects from the Yamazaki, Chita and Hakushu distilleries. That’s in addition to pages of beer, shochu, umeshu and sake imported straight from the source.

There’s a projector casting famously offbeat Japanese advertisements onto the back wall as diners bask beneath. Shed a tear of Nippon nostalgia as MOS Burger, the ubiquitous Japanese fast-food chain, flashes across the screen and fires your synapses. You can butcher the classics in the karaoke booth or pile into one of two tatami rooms for a traditional sit-down. That soft-drink vending machine in the back, the sort you’d find on every Tokyo corner, has probably come a very long way to be here. English is barely heard, save for when the staff talk you through the menu of fresh and fried Japanese drinking food you surely know, and some that you might not.

The karaage chicken is tender, familiar and comes four ways. The staff recommend option two – a little mountain of deep-fried thigh brushed with tart ponzu, capped with peppery snow-white radish and a spicy heap of sliced green onions. The other speciality is gyoza, presented as a crackling brick of golden pork dumplings fused together by the searing heat of a pan. There are five pieces in a single-serve of each, but why stop there when you’ve got double and triple portions on offer?

As you scrape up sizzling spoonfuls of corn and melty cheese from a hot buttery skillet, or nibble on cold cuts of raw octopus from a bowl spun with fragrant fresh wasabi, the kitchen’s knack for minimalism becomes more and more clear. Still not convinced? The house sashimi is a side of mackerel kissed with mellow rice vinegar, and is just as impressive as any of the fried fare this place specialises in.

In the unlikely event that you aren’t having any fun (and especially if you are), flip the menu over. You’ll find a row of Japanese characters at the foot of the page, which denote the secret ‘ura’ menu (meaning “other side, hidden from view”). Here, you’ll find heftier rice items such as donburi and onigiri, plus more snacks including chewy strips of skate wing. It’s stingray jerky, served with a glistening orb of mentaiko mayo for dipping. Feeling unsteady from the third round of drinks? If so, order a bowl of fat, chewy yaki udon to level you out. These much-needed noodles are stir-fried with charred chunks of white cabbage, and you can add pork for protein.

The izakaya spirit at Nakano Darling is most potent during the weekday happy hour at 5pm. If you and some work mates are in it for the long haul, it’s best to lean in with some sake – a cold bottle of fruity Yuki No Sousha, perhaps. Pour for them once they've poured for you, and drink to good health. You’ll need it in the morning.