If you think Middle Eastern cuisine is all hummus, falafel and kebab, you’re going to need a lie-down and a cool compress by the time Nour is done with you

There’s a fantastical, cinematic element to Nour which starts charming you the moment you step off Crown Street and into the ballroom of pastel pink, soft-toned wood, splashes of light and a grand mirror that plays out a dramatic scene of open flames and acrobatic frypans from the kitchen opposite. Waiters confidently glide across the floor in a tempo that feels like it pulses throughout the whole room, all the way down to the movements of the chefs. This place is just as much professional theatre as it is a place to dine.

Here’s a fun challenge for you: try popping in to Nour for a quick meze without stumbling out three hours later, full to the eyeballs, having yielded to the menu’s seductive advances. The first hurdle you may hit is the eleven-strong cocktail list. Sceptics of arak, the popular anise-flavoured Levantine spirit, should order a fragrant-but-deadly Pommun, which skilfully knits the powerful aromas of lemon verbena, absinthe and apple together to showcase the firewater in a fresh light. Meanwhile, an Alfilfil enhances the Margarita framework with fennel, fresh chilli and a downright delicious spiced salt rim that’ll have you unashamedly licking the glass.

You may think that starting things off with a few innocuous-sounding fried cabbage skewers isn’t a big deal, but it is. Perfectly formed blocks of charred and juicy cabbage layers arrive impaled on what appears to be a sultan’s letter opener, dressed to the nines in a harissa emulsion and rose petals. If all cabbage were this rich and tender, the world would be meat-free by next week.

Nour’s been kicking goals since 2016, but it had a shake-up in May of 2019 when Ben Williamson (of Brisbane’s beloved Gerard’s Bistro) jumped into the kitchen and brought some of his sought-after dishes with him. Laham nayyeh, Gerard’s signature riff on lamb tartare, benefits from the deep savour of fermented mushrooms and the sparkle of preserved lime, while the spice from a dusting of roasted chilli fully awakens the taste buds. The dish isn’t overly large, but it’s so potent that you can leave it on the table for a while and return to it intermittently, scooping up the meat with a shard of golden fried flatbread for bursts of complex flavour.

Waiters know the menu through and through, what should follow what, and when. They suggest sharing six dishes between two people, which seems bang-on. Ensure one of those six things is the sujuk shish barak, or lamb and beef sausage dumplings. They’re swimming in a lavish and slightly sour fermented chilli butter with yoghurt, plus nuts and chickpeas for texture, all of it working together to temper the intensity of the spiced meat within. These are heavy-hitting flavours that leave you slightly delirious and already reaching for more. Thirsty? An extensive wine list features some rare and modern drops from across the globe, like an orange from Andrea Occhipinti that’s all saline and crisp apricot, perfect to splash against the char that lingers on your palate.

Familiar tastes – tahini and yoghurt, pomegranate and saffron, chilli and charcoal – act as recurring motifs throughout dishes, anchoring the more surprising elements and details. Chargrilled octopus is tidily chopped and arranged, topped with muhammara and fried potato, but then whipped roe boosts the ocean-factor. Samke harra is a baby snapper, boned and ready to tear through tahini, but then beachside succulents interrupt with a salty and bitter slap. The attention to detail in every element is breathtaking.

Nour is intense. It’s a giant space filled with sensory wonders at every turn, but the real magic is this restaurant’s ability to funnel an overwhelming, fully-loaded offering into something so refined, personal, and ultimately, comfortable. 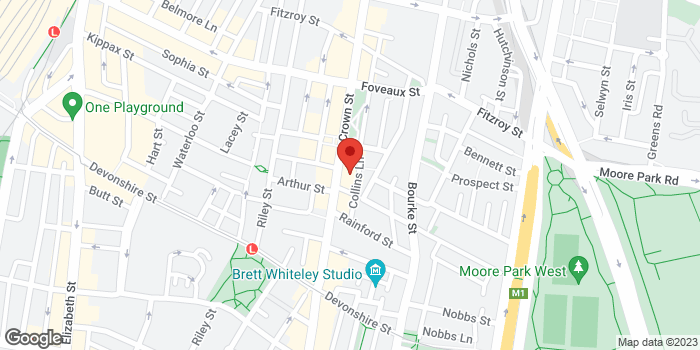