You might assume the long-running vegan menu at Otto was inspired by some righteous celebrity. After all, this glitzy Woolloomooloo institution is known for being a wharfside runway for stars, and there are many A-listers who are pin-ups for the plant-based diet. Turns out a regular – a vegan diner who has been visiting fortnightly for a decade – was the one who sparked executive chef Richard Ptacnik’s experiments with animal-free dining. And so the question becomes: how does a menu without egg, meat and cheese rate in a restaurant known for stylish updates on Italian food?

Well, it turns out you can drop the pork ragù and squid ink and still eat incredibly well at Otto. In tandem with the vegan menu, Ptacnik offers a dedicated vegetarian menu, too – and they echo each other in perfect harmony.

The stunning ravioli – made from beetroot that’s pickled in spices and red-wine vinegar until it’s a perfect Pantone shade of burgundy red – is filled with a hommus-like cashew cheese (produced locally by Sprout & Kernel) as a vegan option. The vegetarian alternative hides a salty hit of Woodside goat’s curd. Both are served with crinkly golden beetroot chips that have the snap and flavour of ultra-savoury, addictive crisps; a little dose of pistachio and horseradish sharpens the effect, and each version is an excellent opener for the meat-free tasting menus.

Next is an artichoke salad, which is more like a light intermission than a headlining dish. Heavier-hitters are the fried zucchini flowers, stuffed with herb-infused cashew cheese (for vegans) or a punchy mix of pecorino and ricotta (for vegetarians) and served with a zingy Italian salsa. Both takes are precision strikes of cream, salt and vinegary sweetness – as good as any model version of a stuffed zucchini starter.

Risotto is usually the clichéd meat-free alternative that inspires every vego and vegan to run in the other direction. Otto’s version reminds you that risotto can be great, instead of a soggy B-side dish. Spinach puree bolsters the aged Acquerello rice, and far from being watery thin, it’s bright green and lavish, thanks to a booster shot of cavolo nero pesto and the crackle of garlic chips on top. A pepper-infused cashew cream adds luxury for vegans, while vegetarians get a cloud of vannella stracciatella instead. There’s a full-spectrum of flavours here – bold and strong on contrasts and surprises - this is no homogenous 2D dish. Don’t miss Otto’s take on eggplant parmigiana, made with grilled and smoked halves of the nightshade that are topped with two types of tomatoes and Sprout & Kernel vegan cheese (or parmesan chips and buffalo mozzarella if you’re vego). It’s a richly flavoured weapon as your final savoury.

Ptacnik’s vegan pavlova is cleverly presented inside a sculptural ‘tube’ made with sugar, almond and coconut. Use your cutlery as a wrecking ball and you’ll smash through to coconut cream and refreshing layers of lemon and lychee marmalade and lychee sorbet. It’s light and bracing – something you’re grateful for after the heavyweight carbs and (vegan) cheese. And on the pro-dairy side of the table, the vegetarian platter of mini desserts includes a showstopper of a balsamic semifreddo.

To match the vegan-friendly dishes, there is a solid selection of unfined and unfiltered wines (including an elegant Quantico Etna Rosso). They don’t do things by halves.

With its postcard-worthy location and crowded tables, Otto isn’t short on buzz – but sometimes the kitchen outpaces the waitstaff, so someone might hurriedly (and comically) send duck or calamari to the wrong (vego-guests-only) table. The restaurant’s wide-ranging attractions are obvious, though – and proof that modern Italian food can still be certifiably good, even when skipping over staple ingredients. In fact, the menu at this high-end institution is so strong, you won’t even miss them. 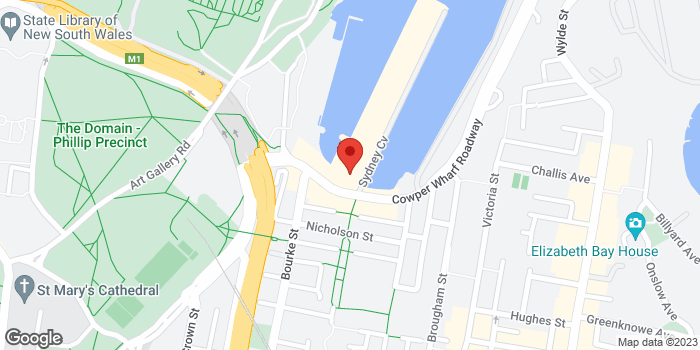