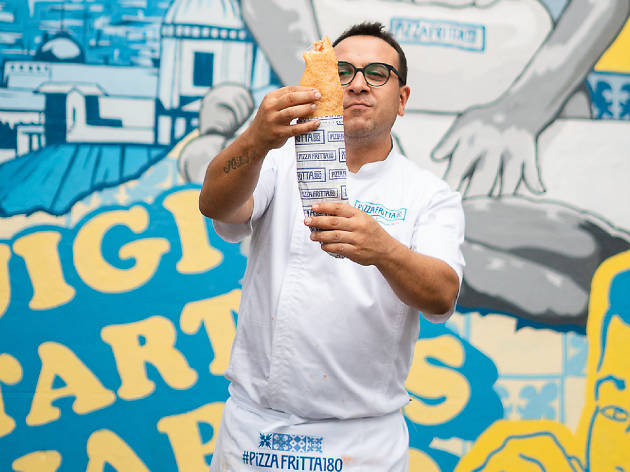 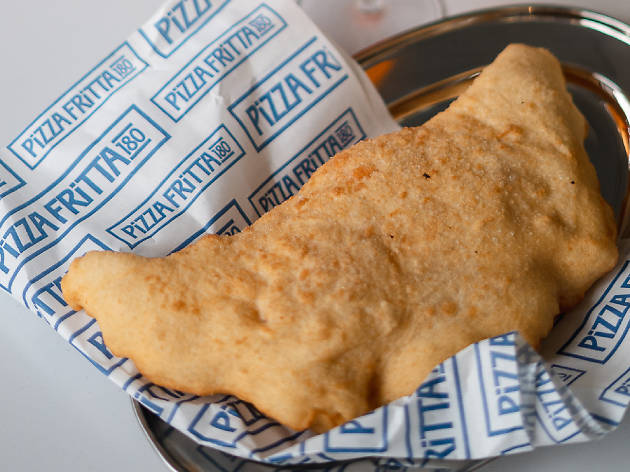 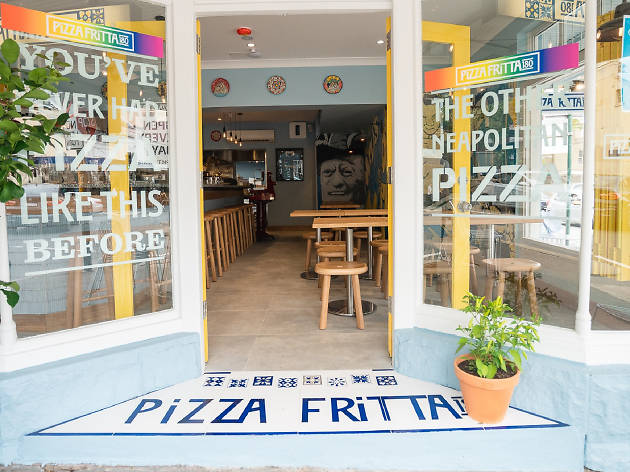 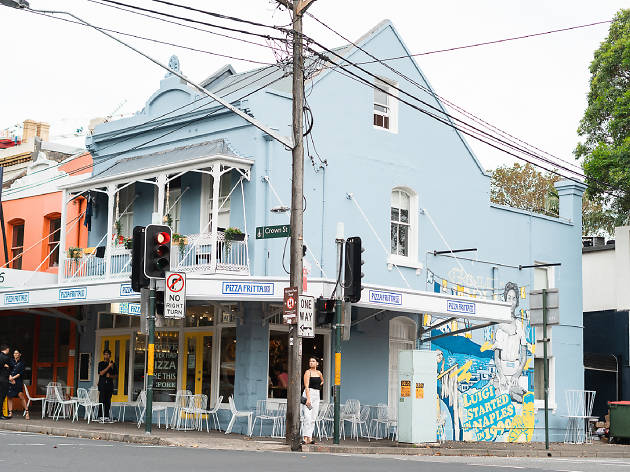 International street food is so damn popular in Sydney, it’s hard to believe there’s a variety that isn’t already widely available across the city. Even more surprising is discovering something new hailing from a cuisine as ubiquitous as Italian. But as the large letters blazed across the frontage of Surry Hills’ Pizza Fritta proudly claim: "You’ve never had pizza like this before."

And that’s probably true unless you've visited Naples, where flash-fried pizza is one of the city’s most popular street treats. There’s a lot that’s familiar about these crisp, golden morsels. The flavour combinations you know and love are there: the sweet-salty tang of herby passata, the luxuriant mouthfeel of molten mozzarella; toppings like prosciutto, olives and mushrooms. The sleight of hand comes just a minute before serving, when the pizza is folded into a hasty calzone and plunged into boiling oil for just 60 seconds.

This brief dip seals the fritta; the surface dough becomes a crisp, flaky shell, while the inside remains deliciously gooey, transforming an otherwise cumbersome pizza into an on-the-go, one-handed snack.

If there are any pizza purists wincing at the thought, it’s worth noting that the team at Pizza Fritta has a seriously impressive pedigree. The eatery is the brainchild of Luigi Esposito, the man behind one of Sydney’s most revered pizza institutions, Via Napoli. As a child, Esposito helped his grandparents sell pizza fritta on the streets of Naples, and capturing the authenticity of that experience has clearly underpinned the development of this new casual diner. From the grab-and-go vibe of the establishment to the temperature of the oil – 180 degrees, as per the restaurant's name – Esposito is honouring a culinary tradition dating back to the early 1900s. He even uses his nonna's recipes. So, even the most discerning of gastronomes can tuck into one of these fried delights with their culinary credibility intact.

Beyond its hero dish, there are other curiosities worth a taste, such as montonare, a type of fried dough ball with a savoury topping, or for those with a sweet tooth, graffe Napoletane, a type of traditional cinnamon doughnut. Those with heartier appetites can round out their meal with a decadent calzone filled with that ever-faithful mainstay of the street dessert, Nutella, or a bombolone filled with strawberries and cream.