Restaurants Darlinghurst
Recommended
5 out of 5 stars 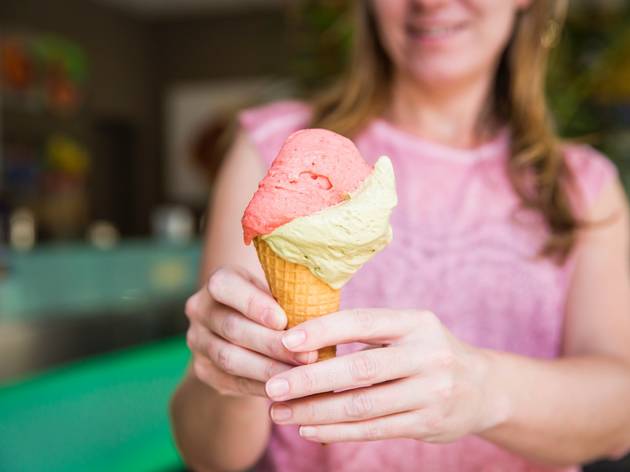 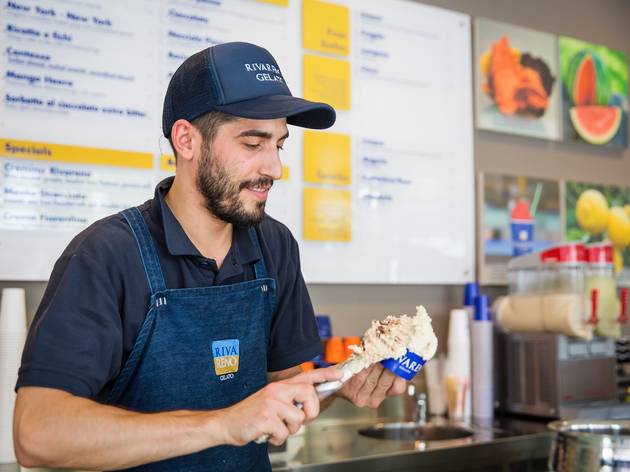 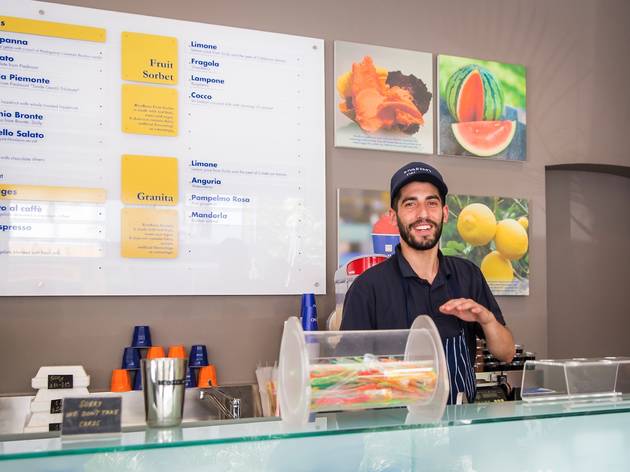 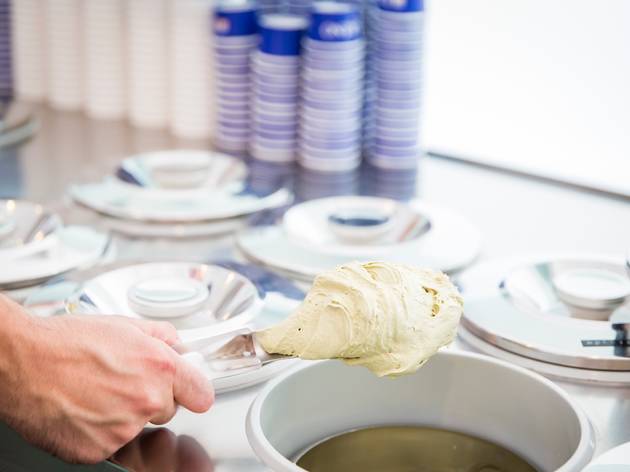 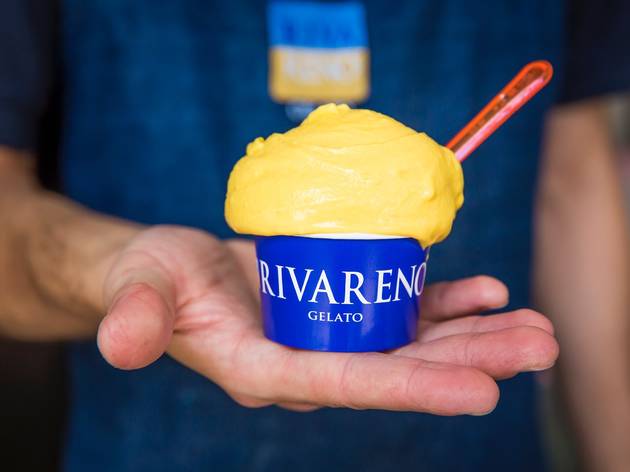 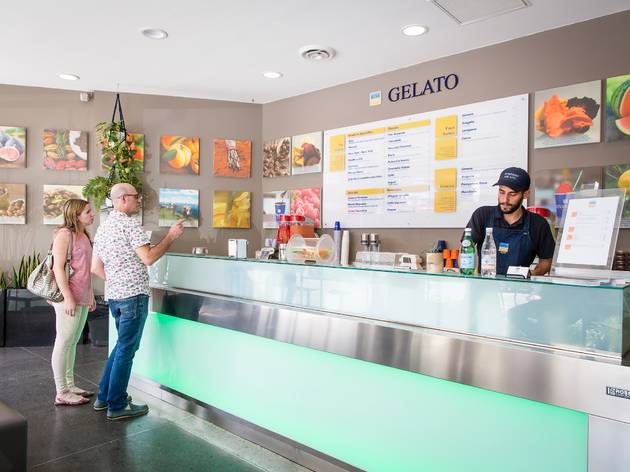 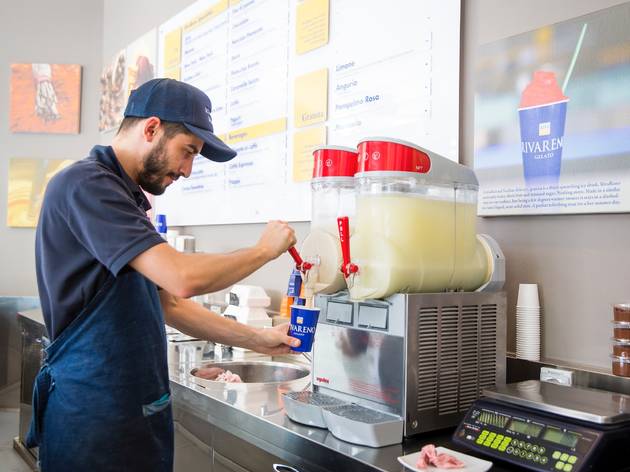 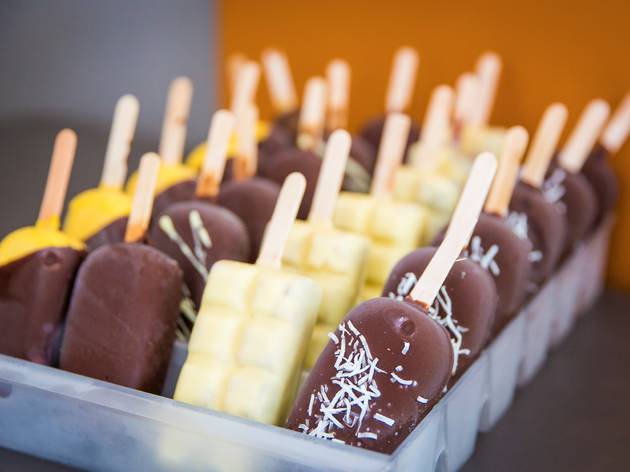 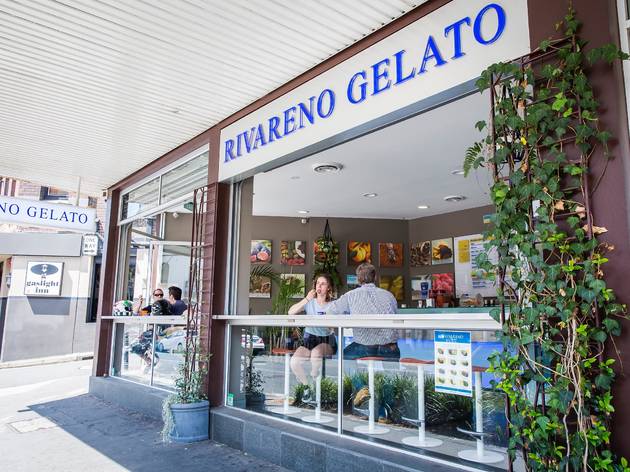 It may not look like much, but this Darlinghurst gelato joint is serving the best gelato in town

You’ve probably walked down this place a million times. On your way down to Messina maybe, with two stores a short walk in either direction. Or maybe before/after Gaslight and/or the Colombian, which are practically next door. But the thing about RivaReno is that they don’t need your applause damn it, they’re making the best darn gelato in town right now and feel no need to shout or scream about it.

This is evidenced most acutely in the way they serve their gelato. Here at RivaReno, they do gelato the Sicilian way, even making sure to store the gelato in ‘pozzetti’ (covered, stainless steel containers). Because the pozzetti are lidded, it means you don't get that sense of the spectacular as you walk in (as per Messina) but for RivaReno – and for Sicilians, for that matter – they believe it keeps the gelato at exactly the right temperature, keeping it silky and luscious, and the ingredients at their freshest.

And we’re not about to disagree with them: this is ridiculously smooth ice cream, but it's smooth in a way that many other gelatos in Sydney are not. Rather than feeling gummy in the mouth (often the result of a gum, such as guar, being added to the mix to give it that almost elastic-like texture) it feels soft and velvety, drifting about the palate in cooling, refreshing tempos. It's also, unlike many other gelatos around, not too sweet (upping the sugar content keeps the texture of gelato soft, but a real gelato master knows how to keep it soft without over-sweetening).

The flavours aren’t the sorts you’re used to at Sydney gelaterias. Here, there are no cakes smashed into the mix, or lashings of salted caramel drizzled over the top. Tradition reigns supreme – but that’s not to say the flavours aren’t fun, because traditional for Sicilians is all sorts of weird and wonderful for us. The ‘Leonardo’ flavour sees pine nut cream make up the base with toasted pine nuts offering texture. Sheep’s milk ricotta has been mixed with caramelised figs to from the ‘Ricotta e fichi’ flavour. And a heady blend of mascarpone, Marsala wine, Arabica coffee and dark chocolate shards make up the rich, mocha-like ‘Mascarpone Moka’.

Order an ‘Alice’ and you’ll get mascarpone flavoured gelato in a cone, with liquid gianduja (chocolate and hazelnut) sauce poured generously into the cone and on top of the cream – if you like Nutella, then this is for you, but even if you don’t, how can you resist? The ‘sorbetto al cioccolato extra bitter’ is chocolate sorbet but deeper in flavour than most, and pleasingly bitter – almost smoky – in flavour.

The fit out is humble, to say the least. Frankly it’s rather daggy, and actually reminds us a bit of Italy, where cafés are often shiny and colourful but not what you’d call chic. Regardless, it’s the gelato you’re here for, and it’s the gelato you’ll be coming back for.

And the best thing? So far… no queues.

Like this? You need to check out Ciccone and Sons, Gelato Franco and Cow and the Moon.