Restaurants, Italian Ultimo
3 out of 5 stars 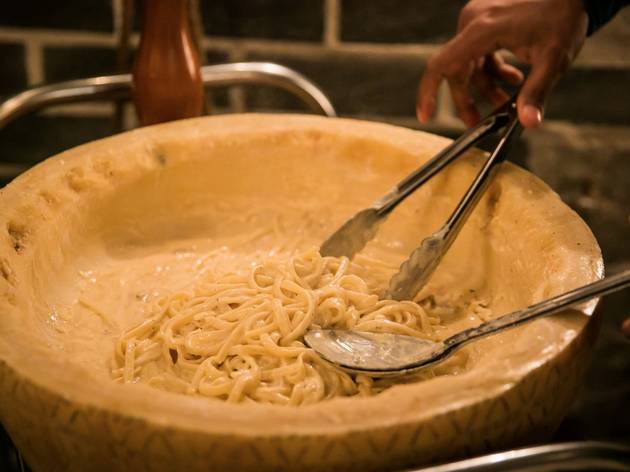 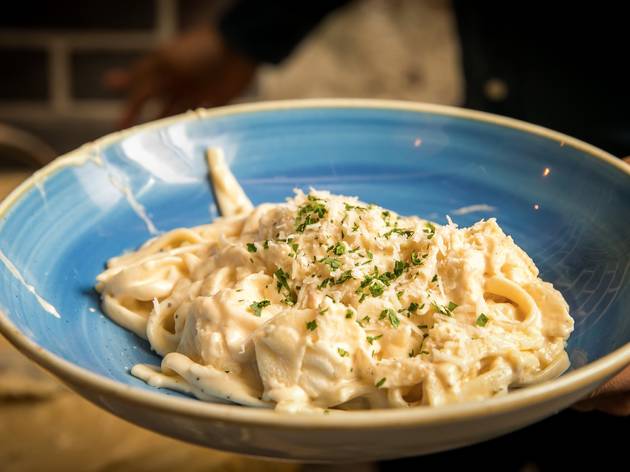 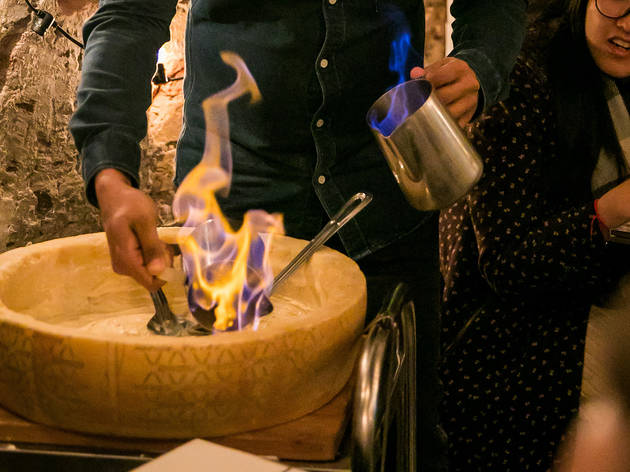 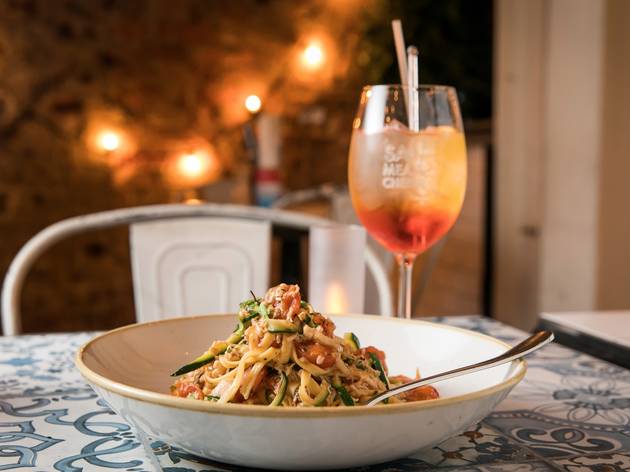 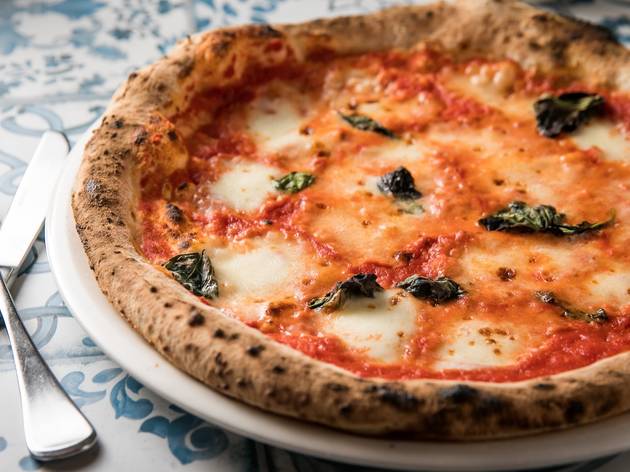 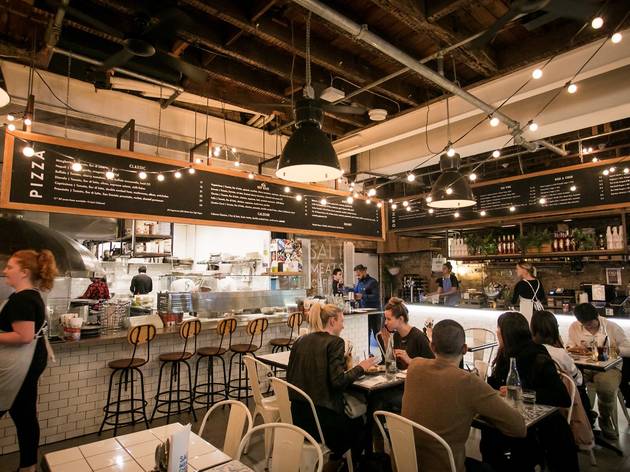 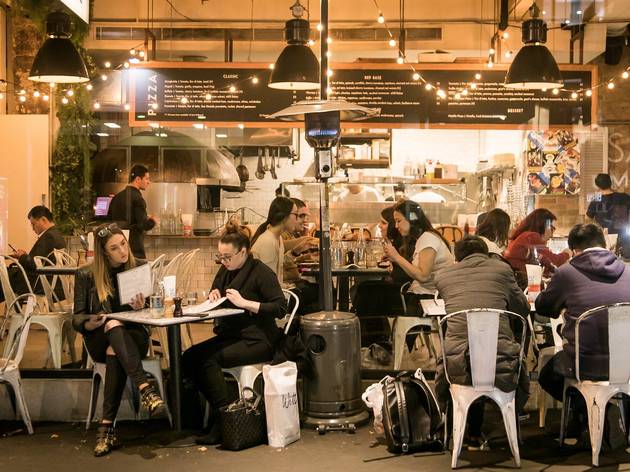 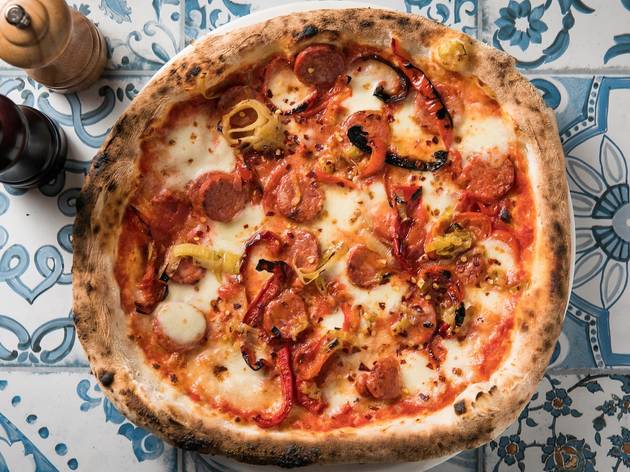 The Broadway iteration of this delicatessen chain is quite different to the OG Alexandria warehouse (vale). The Ultimo edition of Salt, Meats, Cheese is a restaurant and café, not a small goods emporium. Inside you’ll find every interior trend from early-2010s – festoon lights, bare brick walls, hanging ropes, fake greenery and an unused set of DJ decks – which makes for a crowded and confusing design brief. However what’s coming out of the kitchen is much simpler, and very good.

Pizzas – divided into classic, red base and white base – are done Napoli style, with charred puffed out edges and fior de latte on each. Go for the chorizo number topped with fennel, charred onions and capsicum for a spicy, tasty slice. Our only request would be a little more cheese.

But what you really need to come here for is the most dramatic plate of pasta this side of the city – the flaming cheese wheel. Taking from the tradition of cacio e pepe (literally meaning cheese and pepper pasta), it’s like the Pimp My Ride version of mac and cheese. A huge wheel of pecorino rolls around on a trolley with its enthusiastic master putting on a show for every paying customer. Nobody likes to go to a show solo so note that if you do order a single serve it’s made up in the kitchen, so bring a fromage-loving friend.

The spectacle itself is fun – brandy is set alight and blue flames lick up half a metre while being poured between two stainless steel jugs. It’s a little bit Harry Potter meets your Christmas pudding tradition. The fire is poured into the wheel, melting the cheese as the side are scraped up, ready to dance with your pasta. Once the flames are extinguished the spaghetti is thrown in, transforming the lot into a creamy, steamy, carby party. The pasta already is coated in Gorgonzola before it hits the molten pool, and the blue cheese overpowers the taste of the lingering brandy. It’s finished with the P-trinity of seasonings – parsley, pepper and parmesan.

if you’re looking for some flamin’ mid-week fun, head in and try this ultra rich, creamy treat – those hibernating reserves aren’t going to eat themselves.