Restaurants Coogee
Recommended
4 out of 5 stars 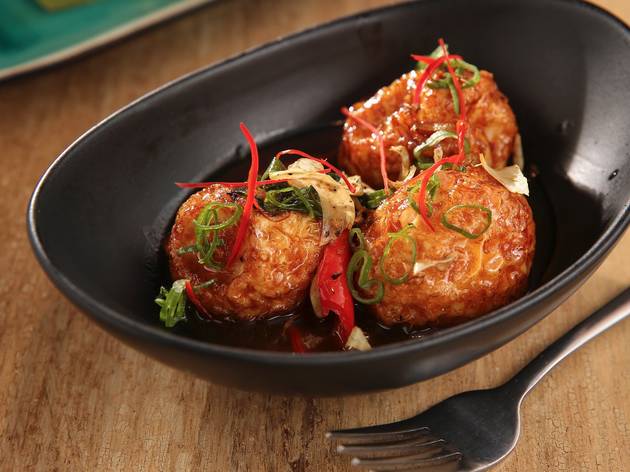 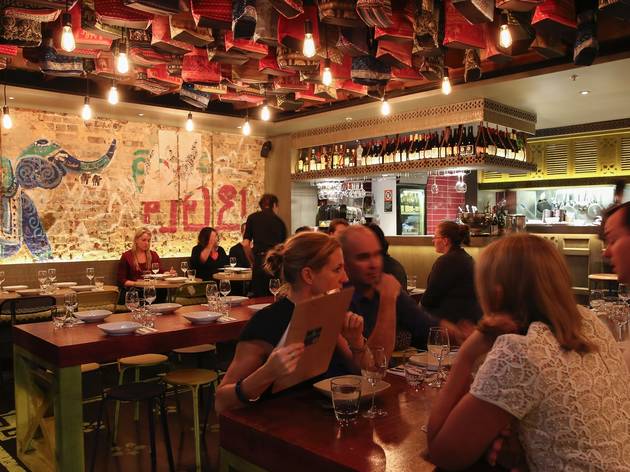 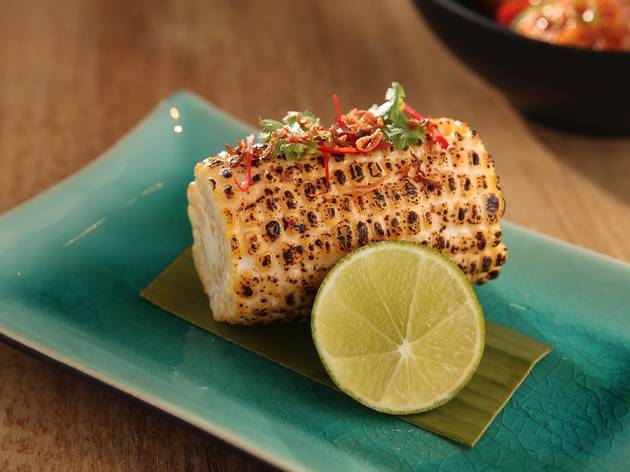 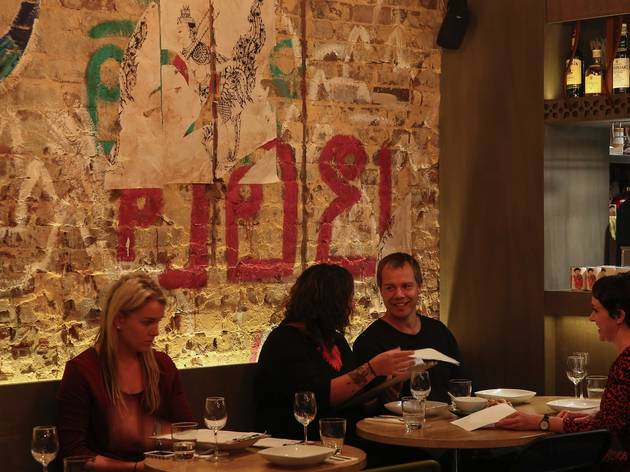 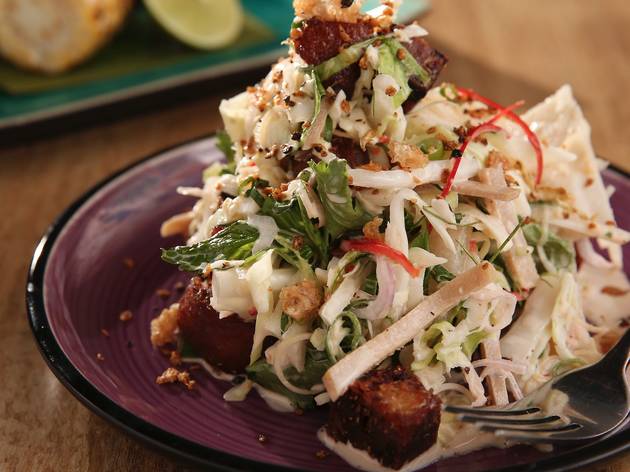 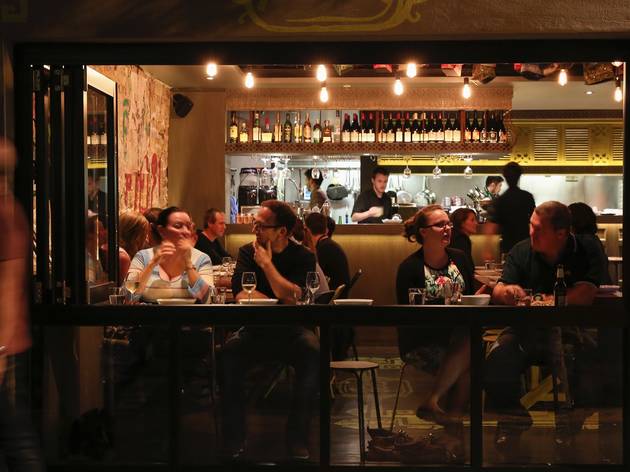 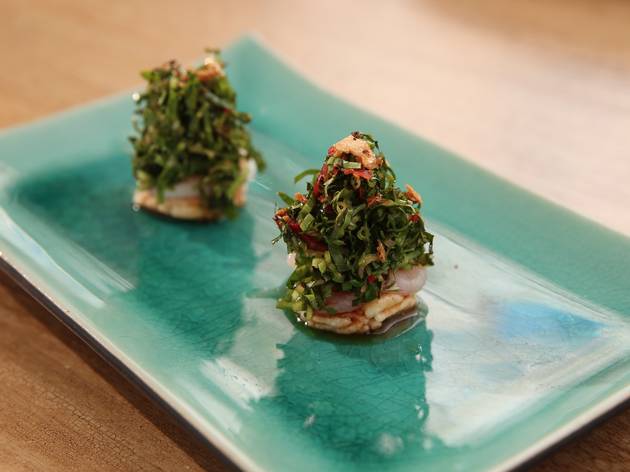 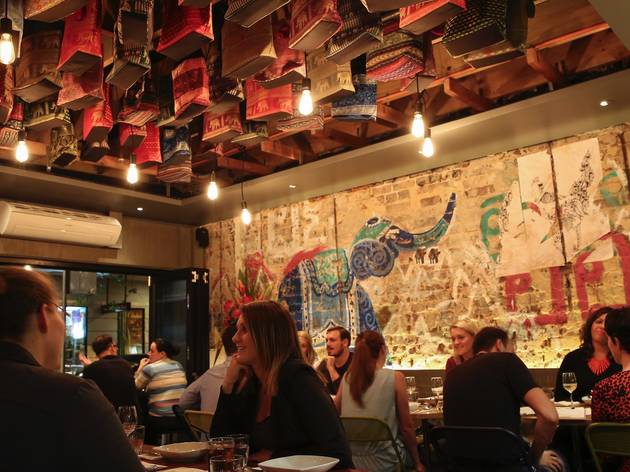 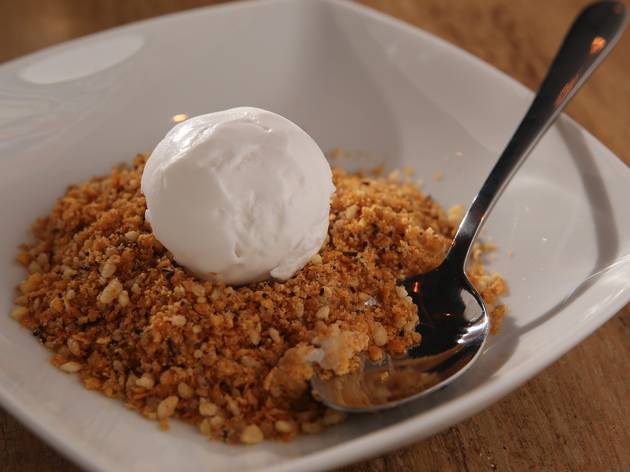 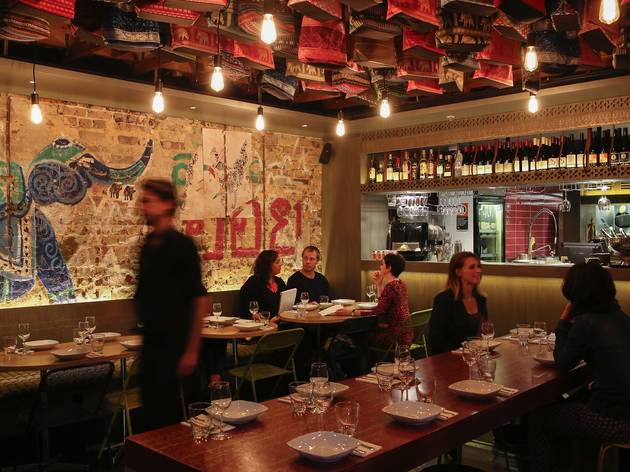 Note: Sugar Cane has moved from its Surry Hill location to new digs in Coogee. The following review is for its former location.

We want to let you all in on a little secret: we really, really like pad Thai. Noodles, actually, in general. Flat and fatty, thin and fermented, coated in fish curry sauce, medium, chewy and laced with tamarind – we’ll eat them any way we can get them. At the newly spruced Sugarcane, chef Milan Strbac is serving his pad Thai with a difference: hunks of deep-fried chicken, chopped up and tossed through the slender rice noodles with toasted peanuts, firm tofu, fresh crunchy bean sprouts and a very generous amount of chilli powder.

The restaurant, which for years was a kind of lighter shade of Longrain, has really developed its own personality. The recent renovation has brightened up the space with colourful silk bags hanging from the ceiling and a big Thai elephant mural painted over distressed brickwork. It’s not just the décor and the food that have changed, but also staff. Sommelier Ged Higgins may just prove to be the smartest hire they’ve ever made.

But let’s backtrack a minute and talk about cashews. It’s unusual to order a bowl of nuts in Sydney in a bar or restaurant and not have them come out rancid. It’s just a thing. Maybe it’s the humid weather. But not so at Sugarcane. Here, they’re serving crunchy, dry-spiced cashews fragrant with cinnamon, chilli, lime rind and green onion. High five, kitchen team.

Now back to Higgins. You might remember him from Paddington’s 10 William Street where he was slinging juice alongside Daniel Pepperell’s Italian snack menu. Making the jump to Thai food has got to be a challenge, but he’s working it. He might start you off with a glass of manzanilla or you might go straight to a glass of sparkling riesling from Waipara winery-of-the-moment Pyramid Valley. “It smells like waxy apple skins,” he says, while pouring a glass at the table, “but it finishes dry." Sold, with a citrus and coconut-doused cob of corn.

We’d go so far as to say the wine list makes this restaurant. Higgins serves a glass of Anjou chenin blanc with a crisp, short tostada covered in matchsticks of apple and radish topped with a spoon of crab shreds, and a big-bodied-but-mild-mannered Trousseau with the rich, melt-in-your-mouth wagyu tri-tip rendang. Deep-fried whole eggs sweetened with caramel and black vinegar are yolky little flavour bombs. The only dish that doesn’t really do it for us is the football-sized prawn and pork dumplings – they fall a little flat on the flavour front and the skins are a little thick.

If anything, the Sugarcane kitchen could potentially afford to take a few more risks – the skill is definitely there. And the fact they’ve diversified the menu to include Malaysian and Chinese dishes is really cool. There’s a certain evenness to it that will appeal to a lot of people but if you spend a lot of time eating around Thai town, you may miss the jagged heat and funk that Sydney Thai can provide.

But hey, that’s a drop in the ocean when you look at the overall package, which to our minds is pretty damn sweet.