Restaurants Hurstville
Recommended
4 out of 5 stars 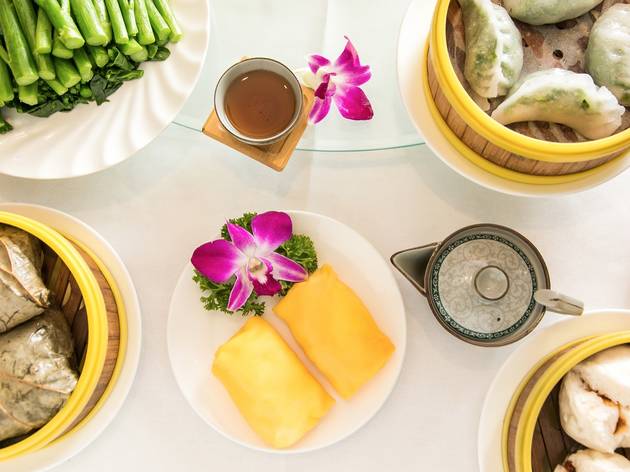 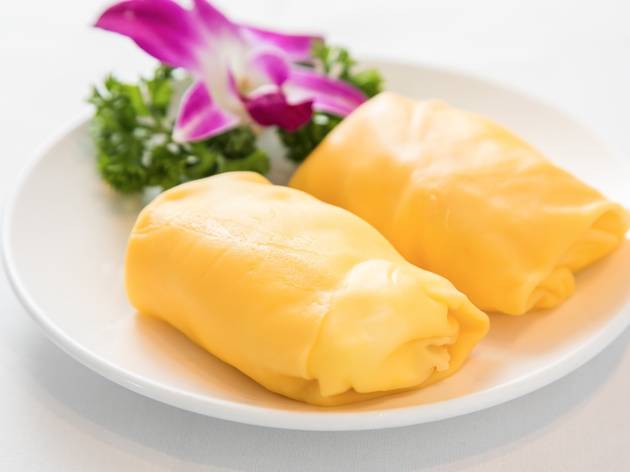 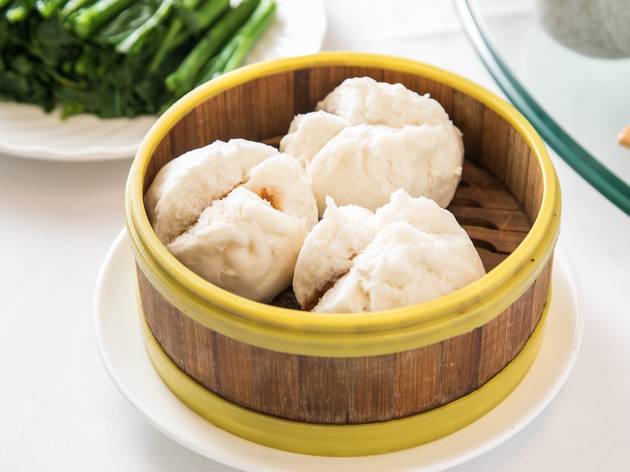 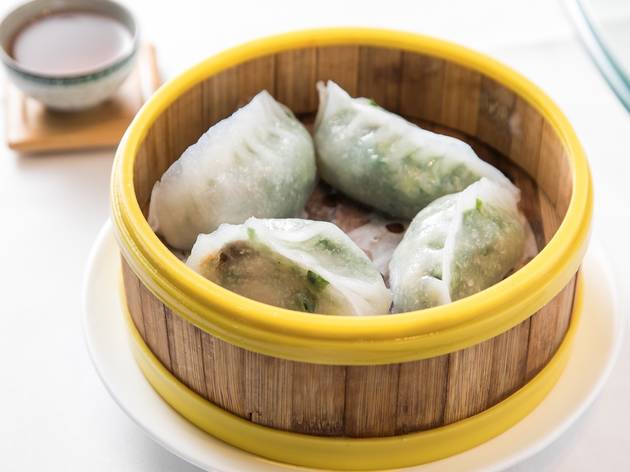 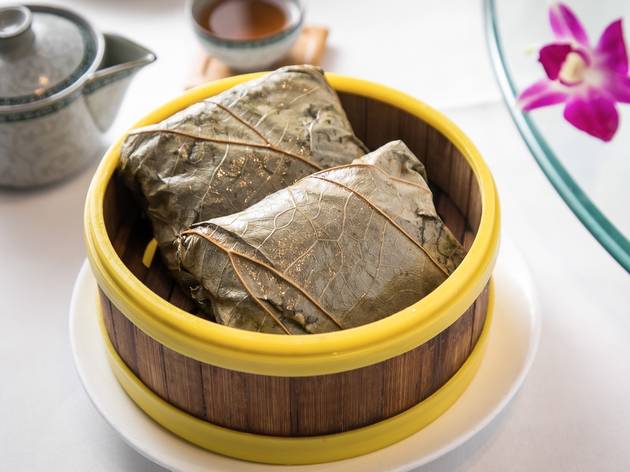 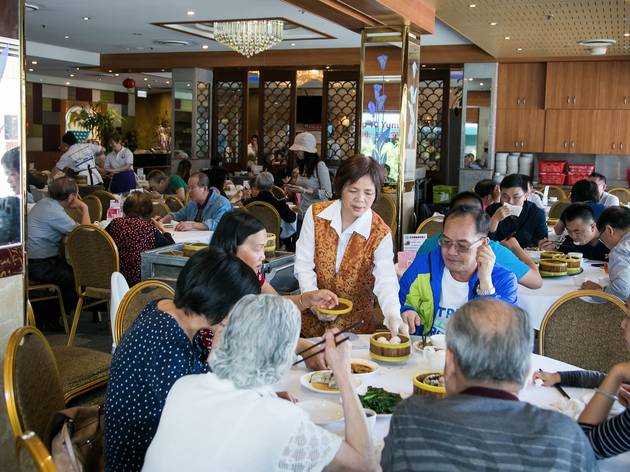 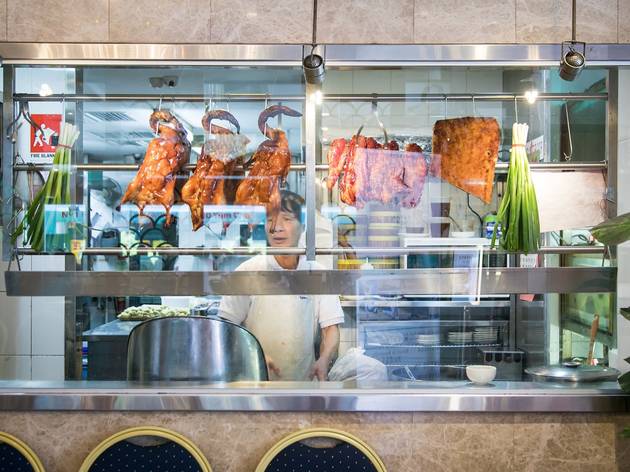 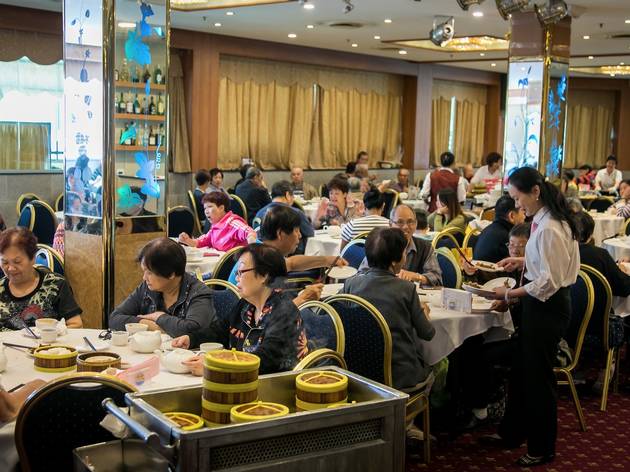 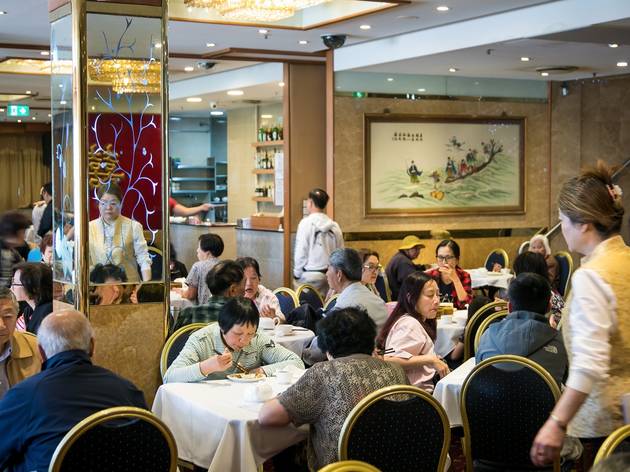 It’s the IMAX of yum cha – massive (three levels), loud and everyone gets taken there as a kid

Sydney’s Chinese migrant enclaves are spread across the city, from Haymarket and Ashfield to Burwood and Eastwood. But Hurstville is still the biggest, which means there’s hot competition for dumpling supremacy in the 2220. And while newer, shinier chains like Chefs Gallery and Taste of Shanghai might catch the attention of younger folk, it’s still the old dames like Sunny Harbour that reign supreme.

On weekends, loitering in the foyer as you wait for your number be yelled out deli-style is a given. Even for an early midweek lunch we’re ushered onto the second floor, the main dining room already packed with retirees gossiping about their grandchildren’s love lives over chrysanthemum tea and chicken feet.

The relentless busyness of Sunny Harbour means their dimsums are always fresh, with popular items barely ever making more than a single lap of the room. Prawn and spinach crystal dumplings are piping hot and generously stuffed, with skins just sticky enough to hold their weight. Fluffy barbecue pork buns reveal satisfying chunks of meat within, far from the over-sweet gloop that appears in all-too-common inferior versions.

Branch outside the usual yum cha hit list with the sticky rice in lotus leaf, a lunchtime gift unwrapping that reveals a fragrant bundle of joy dotted with chicken, slivers of shiitake mushroom and egg yolk. Take it one step further with stewed beef tendon, unrelentingly gelatinous lengths that deeply soak up their sweet soy, garlic and radish marinade. If all the gnarly bits get a bit much, make like the hungry caterpillar and recalibrate with a plate of crunchy blanched Chinese broccoli dressed liberally in oyster sauce before finishing with the must-order mango pancake – Sunny Harbor’s is is one of the best renditions in the city.

If you’re not a native Cantonese speaker, just point and nod, because the trolley ladies can and will make fun of your mangled pronunciation of cheong fun (steamed rice noodles) and ham sui gok (fried pork dumplings). If you ever wanted to be laughed at by a middle aged Chinese woman wearing a gold brocade vest and a serious perm, here’s your chance.

Sunny Harbour is by no means the most refined yum cha in Sydney, but it’s enduringly popular for two reasons: the food is inexpensive and good, and there’s legacy here.  It’s probably the place you, your parents, and your grandparents went to eat from primary school to adulthood. For Hurstville locals Sunny Harbour’s always been the traditional spot for Sunday yum cha, and with all storeys heaving and no signs of slowing down, it could still become your tradition too.