Sometimes we forget that pastry-making is an art in itself, rather than just another side of cooking. Learning how to properly temper chocolate can take months, even years, to get right, and don’t even get us started on puff pastry. Textbook Boulangerie-Patisserie, newly opened in Alexandria, is all about the French craft of bread and pastry.

This means that not only does everything look stunning (think Adriano Zumbo but without it all being flavoured with kalamata olives and copyrighted with his name) but also, just like real French patisserie, the flavours are pared-back and elegant, not slap-you-in-the-face exhilarating.

Take the white chocolate, mango, kaffir lime and coconut cake. It’s a glossy little white cylinder of a thing, decorated with macarons and a wisp of a white chocolate curl. Within its perfectly slick walls is a base of chewy coconut dacquoise biscuit, a layer each of barely spiced kaffir custard and mango jelly, all encased in a white chocolate mousse that tastes of purest milk. It’s a very chaste, very beautiful dessert but the flavour police aren’t going to kick down the doors anytime soon.

The apple crumble is a similar affair. The shape and the coating of pastel-green glaze make it look sort of like one of those posh soaps from Crabtree & Evelyn, but soap it is not. Inside, within a thick coat of gently flavoured apple custard mousse, is a layer of almond cake, white chocolate mousse and cinnamon-scented apple compote. It sits on a bed of nubbly crumble made from Holland’s favourite spiced biscuit, speculoos. The flavours are gentle, more scents than anything robust. For our palate, they could do with being amped up. But then again, that’s not what these guys are all about.

Textbook is a partnership between veteran pastry chefs John Ralley and Steven Anderson. Ralley is the pâtissier, and has worked as a pastry chef for Wildfire in Sydney (now closed) and Michelin-starred La Trompette in London. Anderson, whose background lies in supplying bakeries, is the bread guy. And the bread is good: the white sourdough boasts a chewy, nicely caramelised crust and fluffy, sour-noted interior. The seeded loaf is similar, but with added texture, studded with linseeds, sesame and other seeds.

So who makes the pies? Either way they’re delicious. They’d already sold out of the beef pie the day we visit, but we’re pleased to sample the chicken, mushroom and truffle option (made with real truffle, not oil, yippee!). It’s an all-butter pastry, which is rarer than you might think, and boasts thin, crisp outer layers and squidgy inner ones. The filling is rich and thick, and tastes strongly of the truffles used to infuse it.

The coffee by the Little Marionette is toasty and creamy, but it overpowers the flavours of the delicate cakes. If you need a hit, order a chocolate éclair to go with it instead – the chocolate crème pâtissière is deep in cocoa flavour, and is more than a match for all that a cup of joe can throw at you. As is often the case with choux pastry, though, it has dried out a little from being left out.

That is not to say that these are not beautiful cakes. They are subtle and fine; the kind that you actually find in France. Sitting in the relaxed atmosphere of the café – all concrete, white and wood – with the doors wide open to the outside, feels pretty lovely. And the fact that the chefs are right there in front of you in the open kitchen, shaping bread and carefully decorating the cakes, is a real point of difference to other bakeries around. And did we say they make beautiful cakes? 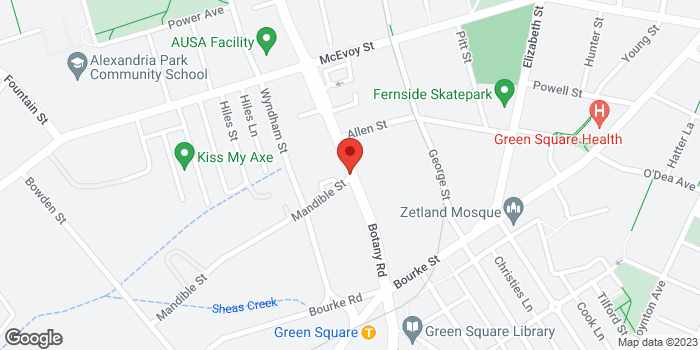