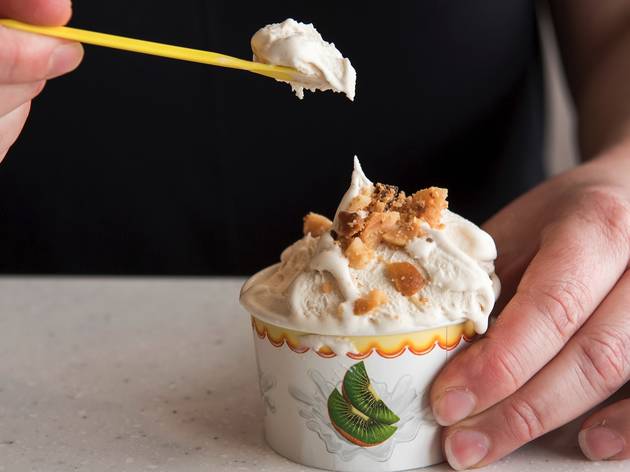 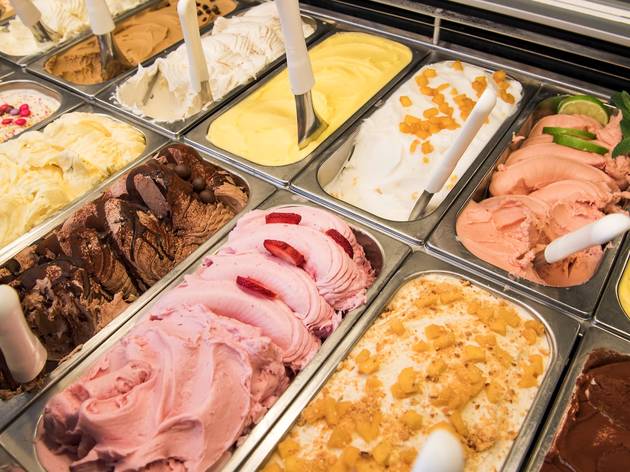 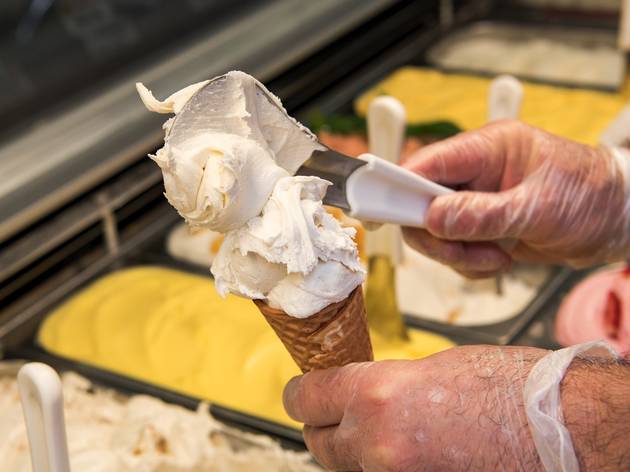 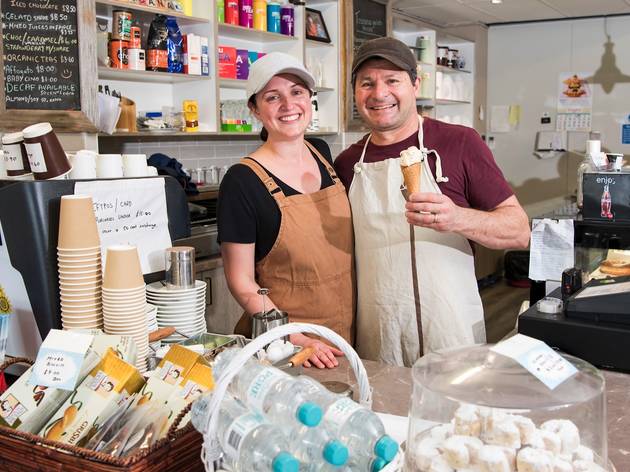 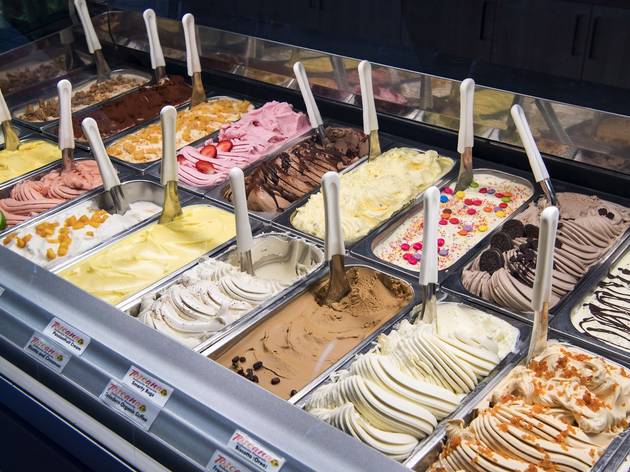 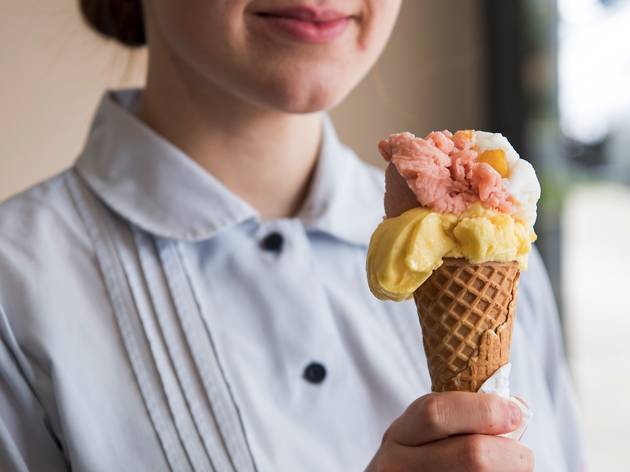 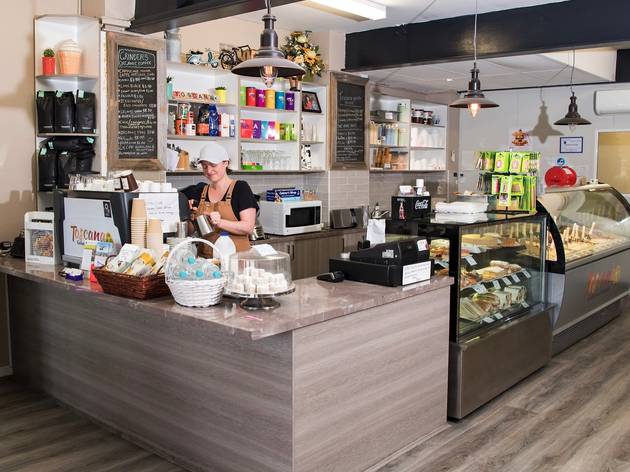 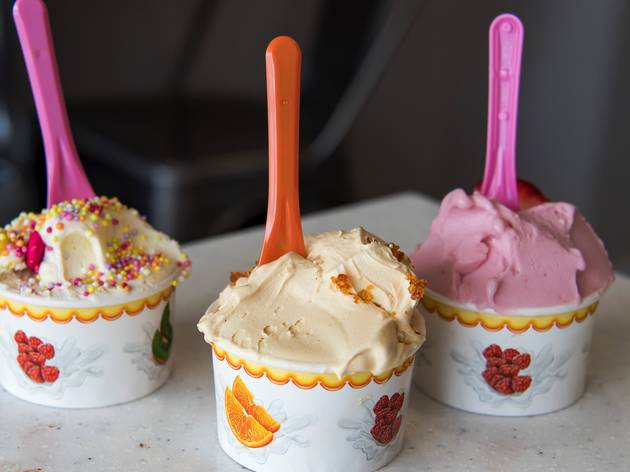 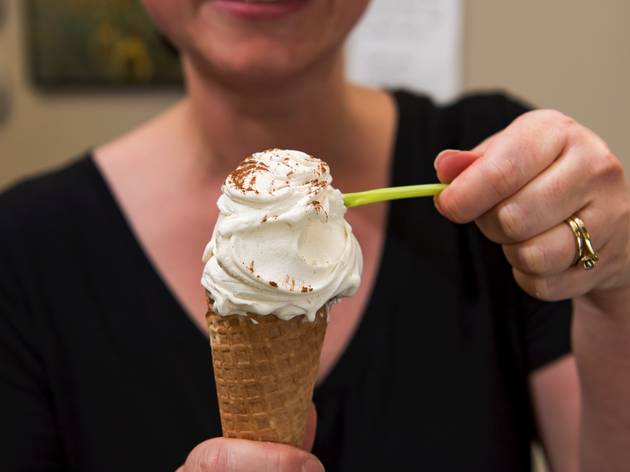 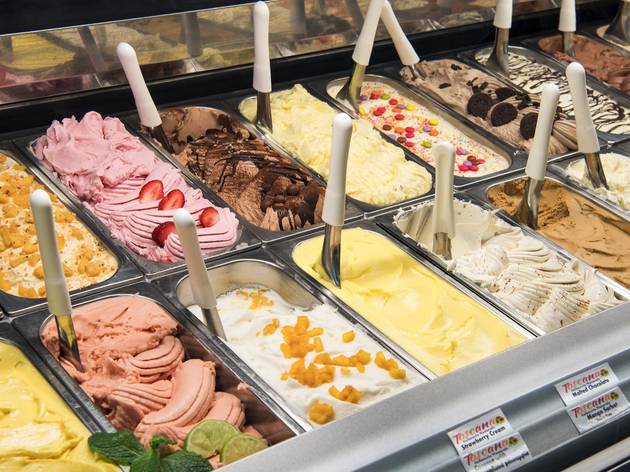 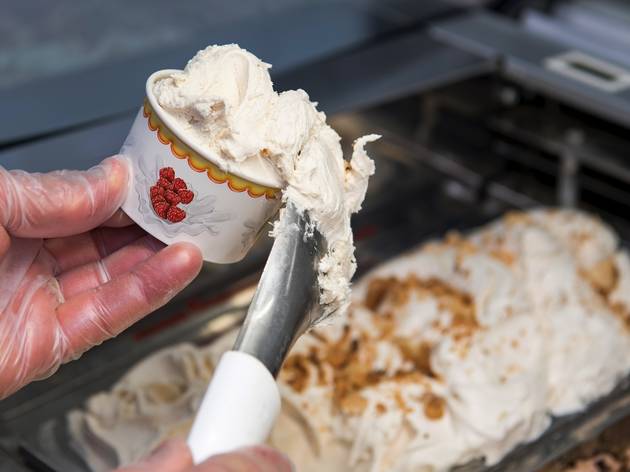 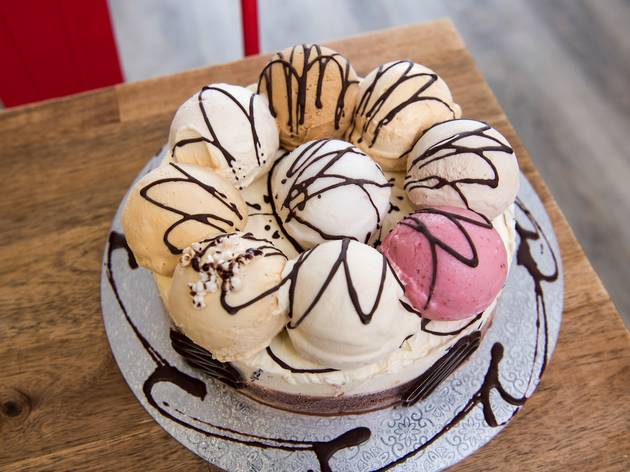 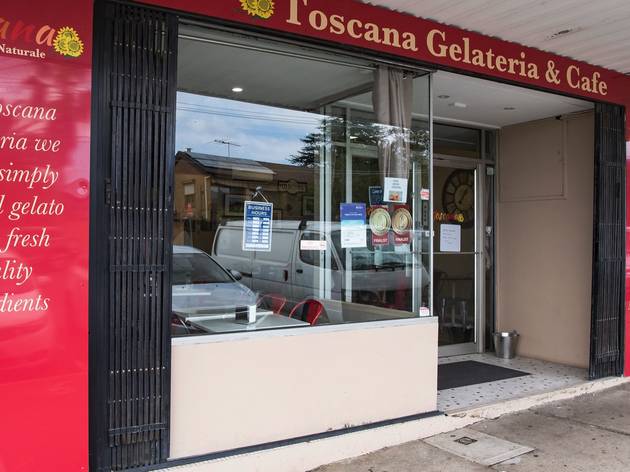 Toscana Gelateria Naturale looks every bit like your average local ice-cream shop. But Tuscan co-owner Ferdinando (“Nando”) is more qualified than your everyday churner: he’s been making gelato for 17 years. He moved to Australia 14 years ago, where he met his wife Lisa, and ten years later the pair settled in Georges Hall and opened their first shop.

There’s not much to the quiet street, aside from a Chinese restaurant and a greengrocer, and there’s not much to the shop either, other than the gelato cabinet, an assortment of silver chairs and tables, and an espresso machine. If first impressions are anything to go by, you wouldn’t necessarily guess they’re scooping up some of the best gelato in town.

Macadamia is a crowd favourite, with good reason. Nando transforms fresh macadamias into a thick paste, which he slowly blends with organic milk and cream before adding chunks of soft, buttery nuts to the mix. The result is a beautifully creamy scoop that holds its shape in the cone, but melts in the mouth as soon as it touches your tongue.

Flavours change regularly (lots are requests from customers, so BYO ideas), but the ricotta and cinnamon is a must if it’s available and you like your desserts on the savoury side. Rich in flavour, but light in texture, it’s perfectly balanced thanks to a tiny bit of heat that kicks in from the spice. There are a range of sorbets on offer (most of them vegan – try the tangy lemon with fresh, fragrant basil), and the pair sell custom gelato cakes and take-home tubs alongside cups and cones. Traditional Italian delicacies, like fresh arancini, ricotta cake and cannoli are rotating specials and often available from the glass cabinet, too.

This place is clearly loved by locals. Probably because in addition to the killer cold stuff, the owners are fantastic. If Lisa’s in, she’ll let you try all the flavours you like, and Nando will give you a wave through the window that looks into the kitchen from the shop while he’s churning the day’s flavours. Ask a question and you’ll get a conversation, not a spiel – and that’s exactly why you’ll keep finding every excuse to return.