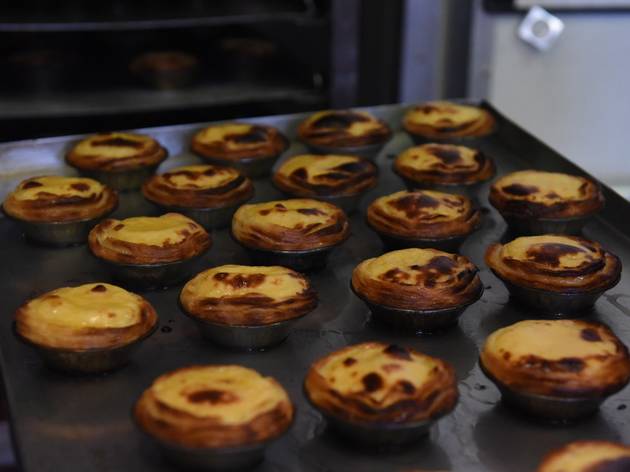 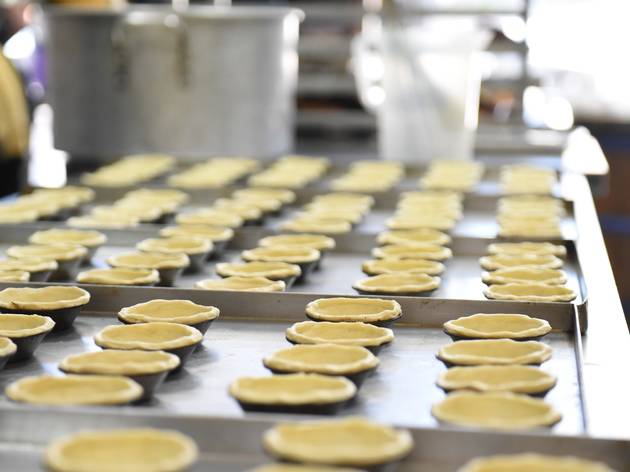 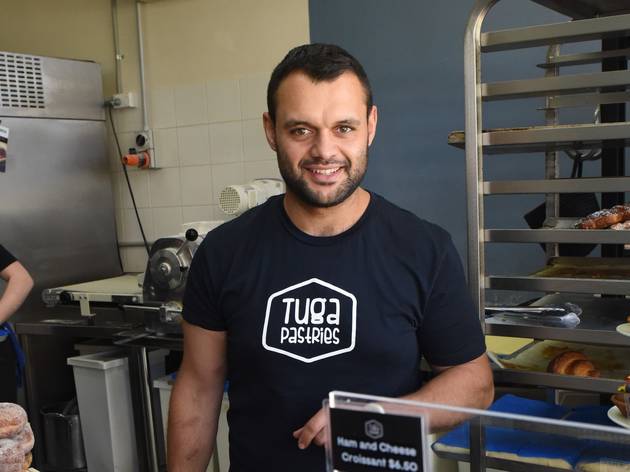 A mother and son duo behind a tiny joint on Clovelly Road are serving up flaky, liquid gold-filled Portuguese tarts

If you didn't know exactly what you were looking for, you might walk straight past the narrow façade of Clovelly Road's Tuga Pastries – that is, if the smell of just-baked pastries and scattered cinnamon didn't lure you in of a weekend morning.

Though it's only open for wholesale most of the week, the little bakery has made a name for itself in the beachside 'burb, owing mostly to the cult following that its crisp-shelled pastel de nata, or Portugese tarts, have attracted.

Piped with a sweet, liquid-like egg custard and fashioned out of buttery, layered pastry, the tarts are best eaten hot out of the oven on Friday, Saturday and Sunday mornings, when the tiny kitchen shapeshifts into a counter-only bakery.

Part of the tarts' success might be because Tuga Pastries' owner, Diogo Ferreira, has nata in his blood. Diogo's parents, Lucia and Agostinho, moved to Sydney from Portugal, where his father was also a baker. In 1994, Agostinho opened his first Portuguese cake shop on Bondi's Curlewis Street, and was soon making thousands of handmade tarts a day.

Five years ago, when Diogo first decided to recreate his father's tarts in the back of his kitchen at nearby café Village on Cloey, he wasn't prepared for how long it would take to nail down a recipe. He had actually never learned one from his father. "It was a good six months of heartache," he says. "It took a lot of trial and error, and a little muscle memory." Now, his mother Lucia helps him in the pastry kitchen – her speciality is rolling, kneading and pressing the tart dough into tins to create a flaky, multi-layered pastry shell.

While tarts are Tuga Pastries' specialty, Diogo and Lucia aren't stopping there. Fat, marzipan-filled almond croissants line the shelves in front of the window, and you can also stop by for treats like pao de deus (a sweet coconut-topped bun, literally meaning 'bread of God'), pies, fruit-topped cakes, brioche loaves, and other seasonal specialities.