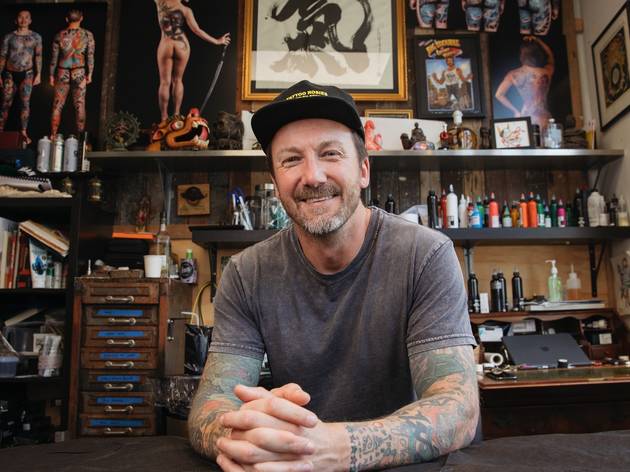 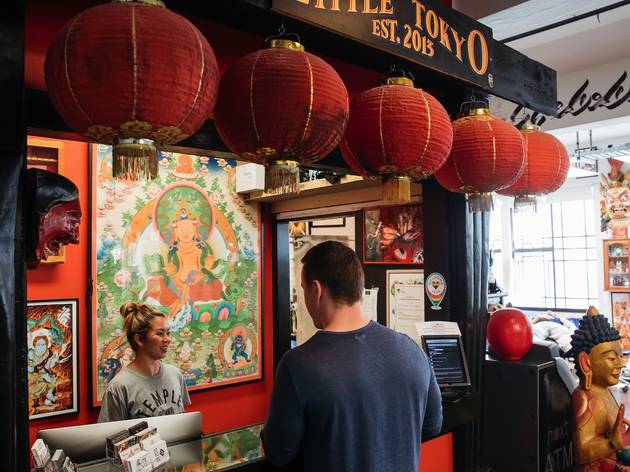 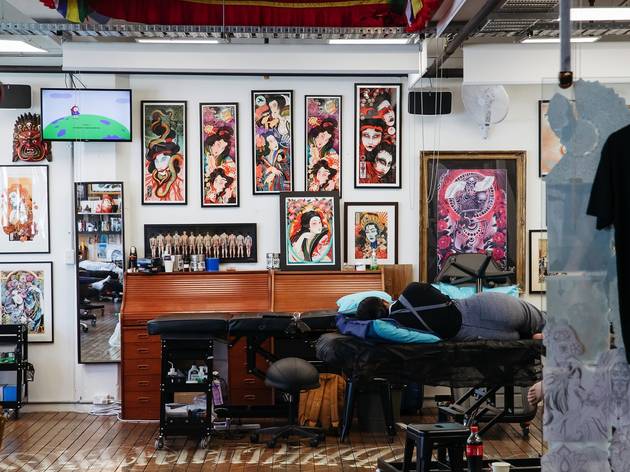 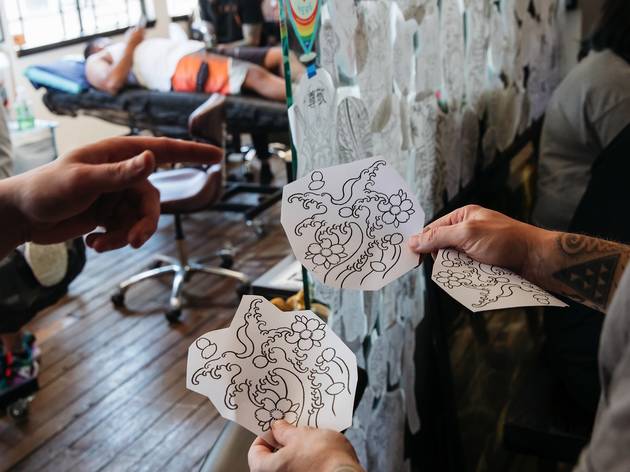 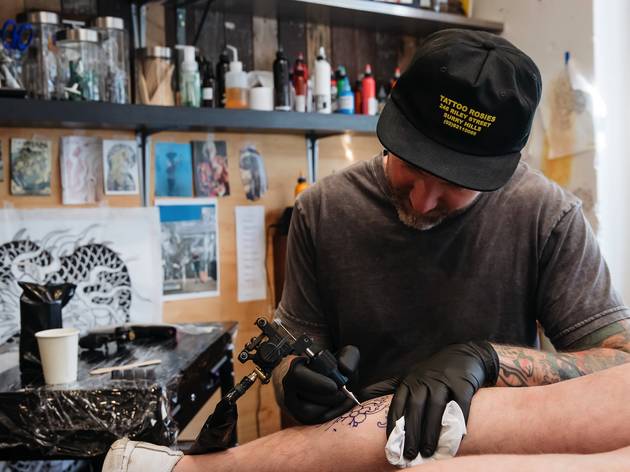 As you enter Hibernian House, the Elizabeth Street building where Little Tokyo is currently housed, you might well question if you’re in the right place. Climbing the stairwell of a seemingly derelict block – graffiti scrawled on every surface, broken glass occasionally crunching underfoot – the likelihood of finding one of the city’s most upmarket tattoo studios seems slim at best. But then you hear it, somewhere in the distance: the unmistakable whirr of tattoo guns.

Following that telltale sound will bring you to the “Temple of Art” – an apt nickname for this celebrated Surry Hills establishment. The questionable first impression of that shabby stairwell is soon forgotten as you enter a bright, open-plan space dotted with tattoo beds, jazz music softly mingling with the buzz of needles.

Little Tokyo is one of Sydney’s busiest and best-known tattoo factories, with a team of 15 full-time artists turning out fresh ink, seven days a week. Trade is always brisk here, so anywhere up to 20 local and international guest artists bolster Little Tokyo’s talented ranks every year. Walk-ins are welcome, but most of Little Tokyo’s clients come seeking custom designs by specific artists, along with bragging rights for owning an original piece of their body art. Smaller designs (roughly palm-sized) will set you back between $300 - $500, with negotiable hourly rates for more ambitious undertakings. But the sky’s the limit when it comes to pricing a major piece by Little Tokyo’s owner (and all-around tattoo legend), Rhys Gordon.

The walls of his studio groan under the weight of countless pictures and trinkets, photos and vintage flash designs, kabuki masks and Japanese woodcuts. Barely an inch of the space (including the highly decorated floor) is left uncovered by some form of artistic expression. However, it’s one of this collection’s least assuming items that could be considered its most significant.

In a corner near Gordon’s station hangs a black-and-white photograph featuring a line-up of heavily tattooed men. Each has a full Japanese ‘bodysuit’: a traditional covering of tattoos from ankle to neck, both front and back, the result of hundreds of hours at the needle and countless more devising and perfecting the design. For a tattoo artist, inking a bodysuit is akin to writing a great novel: it is the pinnacle of the art form, the most virtuosic statement of mastery there is. Many tattooists will never come close to completing an entire suit over the course of their career. To date, Rhys Gordon has completed 12, with ten more currently underway.

It’s accomplishments like this that have made the 29-year veteran of Australia’s tattoo industry so in demand, particularly within his area of expertise: Japanese designs. Between Gordon’s personal kudos and the sky-high calibre of artist he’s recruited, Little Tokyo has become a magnet for A-listers; celebrity clients include the likes of Justin Beiber and Ruby Rose. Not that you need any degree of fame to be inked here. Tattoo seekers of all kinds, from first-timers to seasoned collectors, of every gender, race and identity, pass through its doors every day.

Such a diverse clientele has become the new normal at many Australian tattoo studios. In recent years, as tattoo art has evolved from a shady subculture into a mainstream must-have, Little Tokyo has kept pace by adapting in kind. However, it’s done so without losing touch with its history. The atmosphere here is friendly and relaxed but underpinned by just enough of the rebellious cool that tattooing has always had. It’s a careful balance, but an incredibly successful one, with a nervous tattoo noob being gently advised by one artist, while another works on a hardened ink addict just metres away.

With the recent completion of renovations to an adjacent property, Gordon has expanded his already ample premises to include private rooms, laser removal services (a major growth industry in Australia), and even an exhibition space for his Australian Tattoo History collection – an archive chronicling the ascent of Australia’s tattoo culture.

A range of styles are available at Little Tokyo, from traditional Japanese and Sailor Jerry classics to neo-trad, illustrative, geometric and abstract designs. An extensive library of images showcasing the work of its artists can be found on Little Tokyo’s website, so clients can decide which artist’s approach is the best fit for them before arranging a consultation. And regardless of whether you're just after a quick coin-sized flash or are looking to invest in bespoke all-over covering, the Little Tokyo team applies the same level of focus and creativity to each and every commission.