Swing by this Surry Hills wine cellar for workshops, in-house tastings and small-batch wines in a sleek set-up

At first glance, Native Drops looks more like a high-end skincare boutique than a wine store. You know, the kind that handles tiny vials of gold-flecked serum and ethically made creams with the reverence you’d expect in the business of precious gems. It's all polished concrete, neat suspended shelves and striking native floral arrangements drooping down.

But in actual fact, Native Drops is part-bottleshop, part-creative space, part-educational hub – and its ethos is not as precious as its décor might have you assume. “I just try and stock wine that’s not made by shit people,” says Ella Stening, wine whisperer and the store’s manager. “That’s the goal, really.”

Along the walls of the prime Crown Street location, gold lighting rims shelves stocked with Australian and imported wines, all in bottles stuck with either ultra-minimalist or psychedically colourful labels. Most of Native Drops' offerings are small-batch makes from local and interstate suppliers, who consider biodynamic winemaking and minimal intervention processes a core part of their work. The brand began in Bondi in 2018, when Daniel Ferster and Daniel Berman decided that minimal-intervention wines needed an Eastern Suburbs outpost. Surry Hills is Native Drops' second store.

At the back of the store is a moody cellar space that stocks more of the Native Drops offerings, each of which is handpicked by Stening and her team. A still life of blue hydrangeas, organic cacao chocolate and a magnum of chardonnay sits on a central table, posed just so. But just don't call them 'nattys'.

“I don't like talking about 'natty wine' just because it can confuse what we're trying to do," says Stening. "Unfortunately, 'natural' has become a marketing term in wine, that has come to mean... well, weird wine. Funky wine. And that’s not really what it is.”

Many wines stocked by Native Drops have a classic mouthfeel, won't carry 'floaties' and don't necessarily have an earthy taste, but they're still made with a hands-off approach in both farming and production. Stening says that is the real meaning of the term.

“It's about the ethos around not only growing, but also vinification. It’s about farming sustainably, with whatever works for your region, without using chemical and mechanical interventions… but it doesn’t mean your wine is going to have that fermented taste [that natural wine] is very commonly associated with.”

“It's just about a hands-off approach. It doesn't really reflect style. It's more about the growth and the method.”

Education has always been a big part of Native Drops – and it seems, a growing part of any wine outfits that sell anything other than only mass-produced, sulfite-laden heavyweights. Natural-focused wine boutiques like P&V and online platform DRNKS also thread education through their work, and Native Drops itself has run workshops and seminars at its Bondi store since it opened in 2018.

“There’s still a level of newness about natural wines," says Stening. "But sharing a glass of wine, sharing conversation over a table, shouldn’t be intimidating… That’s why I’ve always tried to associate myself with the part of the industry that tries to dispel that.”

But at Native Drops, you won’t just be learning to pick a chablis from a savvy B. Classes range from sessions on the terrior and geography of wines to general introductory sessions on skin contacts, but they also go deeper into more specific social and cultural conversations.

One of those cultural shifts Stening is finding herself at the centre of is the recognition and mutual support of women winemakers and producers in the industry. She organised a lunch in January for women in the industry to continue conversations about the male-centric nature of the sphere – and how it can often be unsupportive and unsafe for women working in it – and the Women in Wine group grew from there.

“You know when you put when you cross over booze and testosterone, you find yourself in a lot of tough situations… So I just thought, you know, I'm just going to put a bunch of cool chicks together. Let’s see where this can go.”

Stening plans to run regular Women in Wine events, with different members of the group hosting each month. Each host will also nominate a fundraiser for the group to donate to (the first event donated to Wirringa Baiya, the Aboriginal women's legal service based in Marrickville).

With its focuses on education, empowerment and demystifying the 'natty', Native Drops is certainly more than just its sleek veneer. 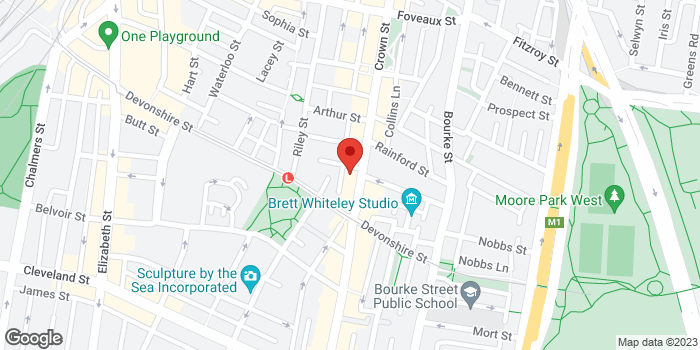