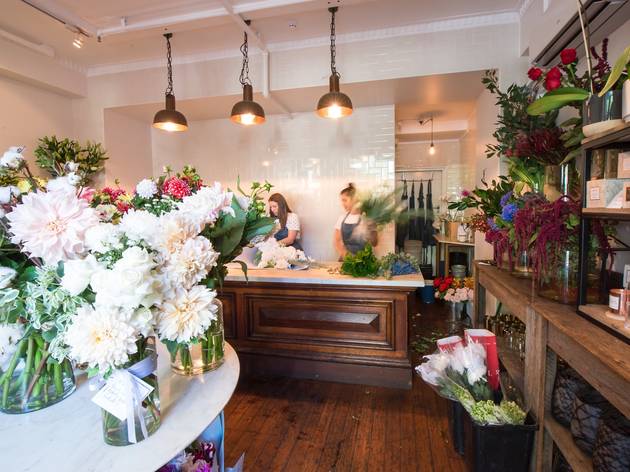 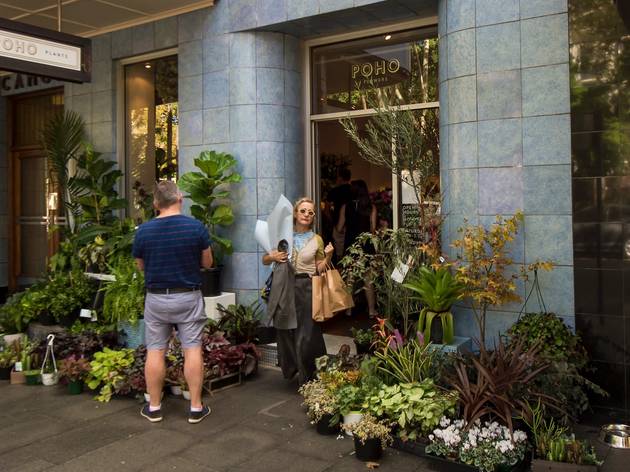 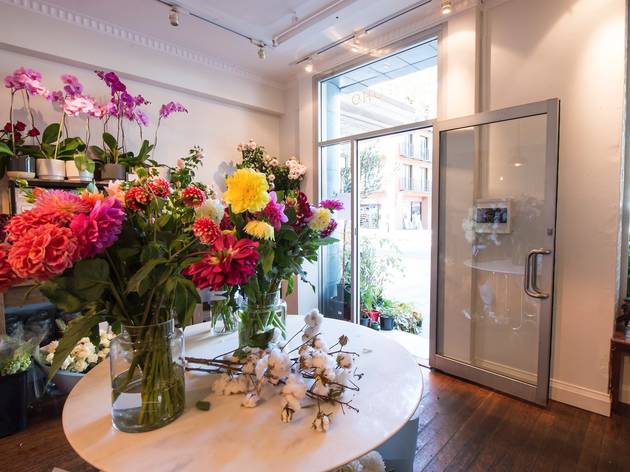 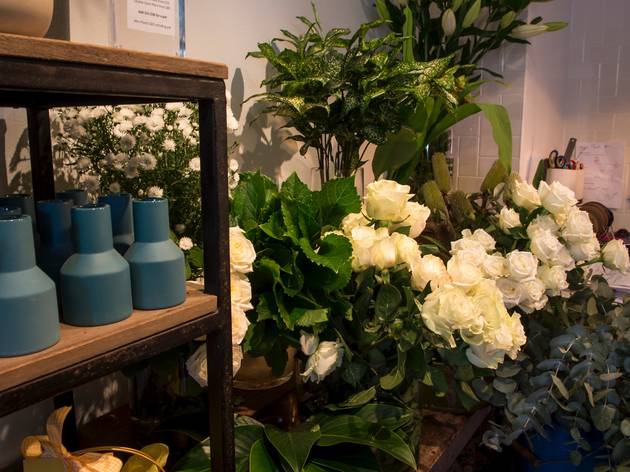 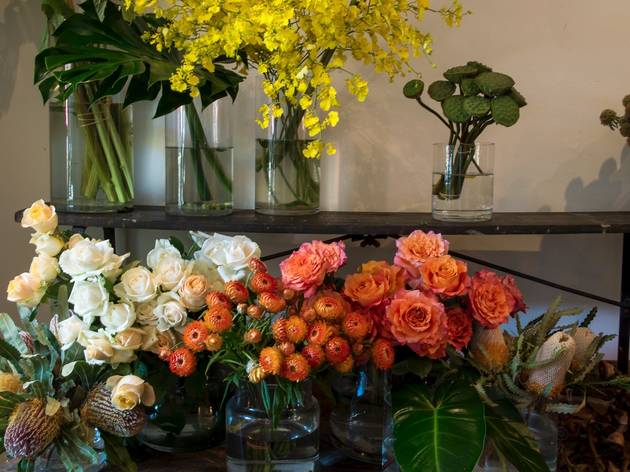 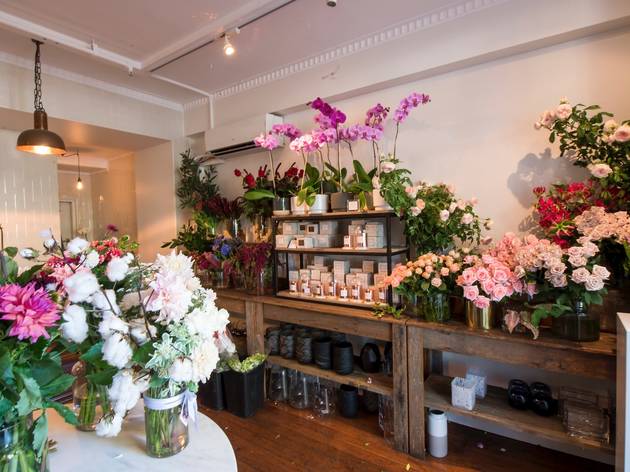 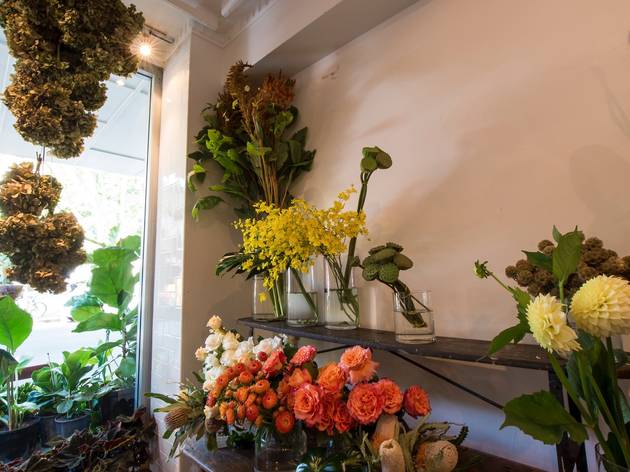 There’s something about the Art Deco, blue-tiled exterior of this florist that makes it seem like it’s always existed on Macleay Street in Potts Point. Director Ed West bought the business in 2015 with former co-owner Dan Scala. Before Poho he’d worked at another Sydney institution, Hermetica (now in Woolloomooloo), and he ran a concierge business – something he keeps going for special clients.

“It was serendipitous,” says West. “I’d lived locally and I guess it’s one of those businesses that in reality hasn’t been here that long, but feels like it has. It has that institution vibe. I think our style has evolved, but we haven’t strayed too far from our brand.”

On our visit, there are potted fiddle leaf figs standing next to tubs of white roses, lilac tulips and blush orchids. There’s a heady scent of fresh flowers, and the shelves are peppered with locally made candles from Cocolux Australia and gift cards from $2.

“Typically we wouldn’t use more than three or four elements in a bouquet. Maybe we’d add something extra, like a pop of something metallic, or a beautiful leaf. You can always tell a Poho bouquet, as we make ours front facing. And the thing that’s most recognisable is the blue paper.”

In fact, Poho’s customers were crestfallen when the store once used white wrapping instead of blue. They are, generally speaking, a discerning bunch: “Our regulars will ask for flowers from particular growers – people will ask for Bob’s roses, for example – and that side of it is amazing to me.”

West personally visits the markets at least once a week – a highlight of his job. “When you’re selling a product and you get to meet the person who’s grown it, harvested it, processed it, and talk to them about what’s happening seasonally – that part I particularly enjoy.”

Poho’s team of florists buy what’s seasonally best, whether that’s grown locally (around 70 per cent of what they sell) or imported from Asia, Africa or Europe. Six stems of red roses will cost you from $60, whereas a small sculptural bouquet is $110 and a large wrapped bouquet of native flowers, $160. They also sell potted plants from $80.

“We still get people wanting a bunch of something – ten stems of roses or a bunch of lilies, or a stem of an orchid – but I think more and more people want what they’ve seen on social media. The other thing people want is knowledge and information about flowers – where they’ve come from, and how to look after them.”

They can’t buy enough hydrangea and peonies to keep up with demand, but West says it’s a good thing that the average customer is more informed and engaged with what they’re buying. “It’s a luxury product, it’s not a necessity. We’re a florist staffed by florists who’ll make you something amazing, as opposed to going to your local supermarket.”