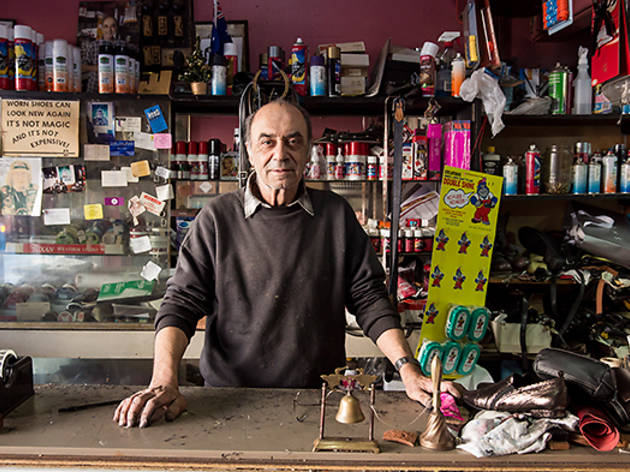 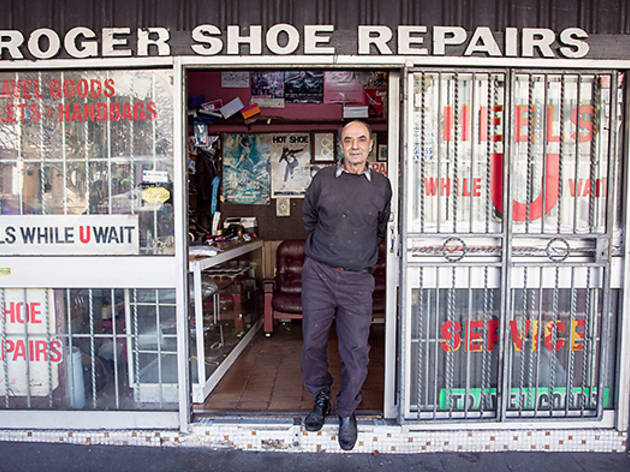 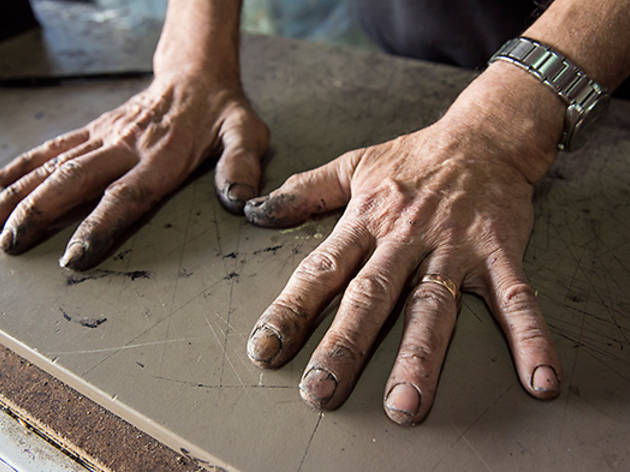 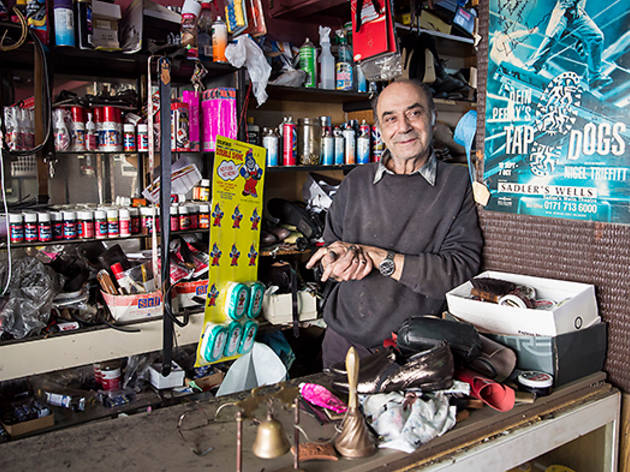 Roger’s longstanding store is a local treasure, and frequented by some surprising customers

“If the Shoe Fits, Repair it,” says the sign at Roger Metry’s shoe repairs store on Redfern Street. Roger has manned the counter in Redfern for more than 50 years, and he’s seen a  lot of changes to the area. “All changes are for the better,”  he says. “When we came out to Redfern in 1964 there was a chemist, a dry-cleaning shop, a paper shop and me. But when the industries have gone, something else has come instead.”

Roger, who was born in Lebanon, travels to work every day from Coogee. “I live here and I sleep there,” he jokes. “Prices are going sky-high in Redfern, but I’m not a man who believes in wealth – I believe in life. We don’t live beyond our means.” Roger’s store has that familiar scent of shoe polish; Redfern Street rattles the tins of wax; and Roger’s son is busy manning the machinery in the shop out back. During Time Out’s visit, people queue to pick up or drop off boots for repair, and more customers wait on the mahogany sofa by the counter. Everyone asks Roger how he’s doing.

“I went to the university of the street,” he tells us later. “I can understand people and I can feel people.” He points to the old theatre posters on his walls. “I do all the shows,” says Roger, whose clients have included Belvoir, Opera Australia and, more recently, Baz Luhrmann’s The Great Gatsby. “And James Packer is one of my best clients.” Roger admits that a half-century of work has taken its toll on his right hand, and he’s slower than he used to be. “Can I take this place to my grave? I’ll keep working for as long as I can.”