Time Out Talks: Is the nanny state taking the taste from our restaurants? 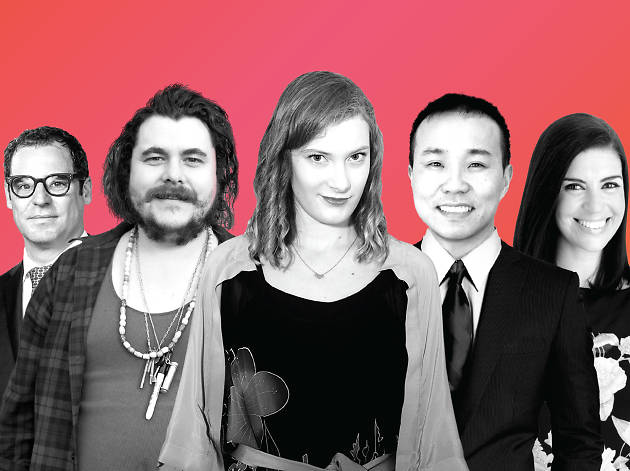 Is the nanny state taking the taste from our restaurants?

The first in our series of live panel discussions happened on Monday August 15. 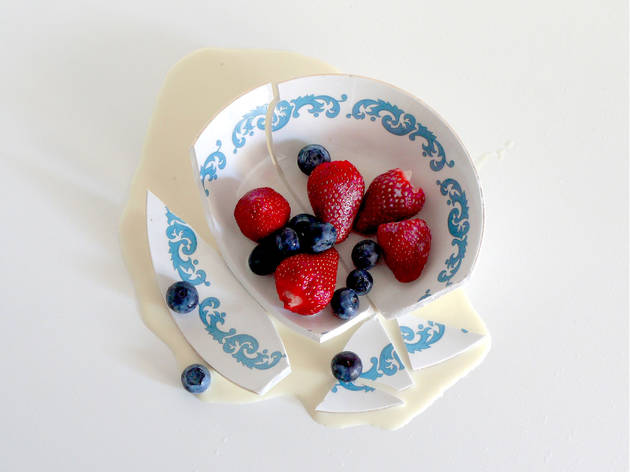 This is the first piece in our series on the ins and outs of food and regulation. For more, check out our first ever Time Out Talk. If you’ve ever noticed a crack in your crockery at a restaurant and just kept on eating, we’ve got some bad news for you. It may look clean, but actually that crack could harbour thousands of germs, and they are absolutely banned by Sydney’s health inspectors. To talk about these sorts of issues, we chatted to one of them. But not just any health inspector, the health inspector: Peter Harding, City of Sydney’s health and business manager; aka the man who is in charge of the 40 health inspectors covering the central suburbs of Sydney (as far west as Glebe, as far east as Moore Park, as far north as The Rocks and as far south as Rosebery). After starting as an inspector himself 27 years ago, he is now responsible for the hygiene of over 3000 food businesses, “which is probably the largest in Australia,” he tells us. What this man doesn’t know about health inspection isn’t worth knowing. So, what are the things that crop up the most for health inspectors in Sydney? “Generally one of the biggest issues of safety is cross contamination,” says Harding, “like blood dripping from raw food into cooked foods.” Well, that’s an image. “Or it could be the handler themselves – they’re suffering from an illness and exposed to food, and they’re coughing and sneezing on the food. So the other thing we are looking for is protection of the food. Often you see 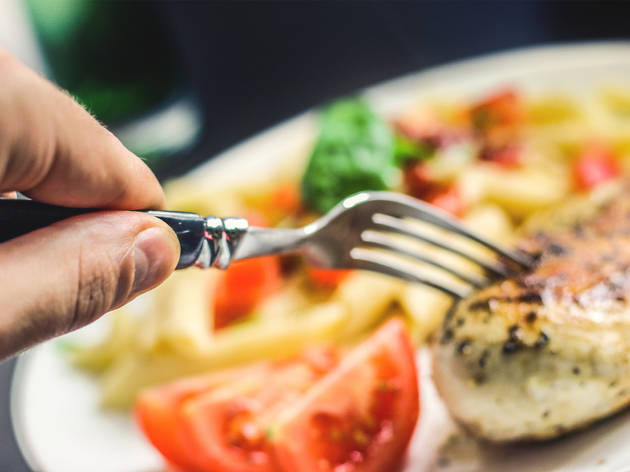 How to tell if a restaurant gave you food poisoning

This is the second feature in our series on food regulation, in the lead up to our first ever Time Out Talk. Dr Vincent Ho, who was interviewed for this piece, will be speaking on our panel. If you like what you're reading, you can find out more here. We’ve all been there, and none of us have enjoyed it. It starts with a shudder. A little ‘something is not right’-ness. And then, three minutes later you’re shaking and sweating, your body is revolting, literally and physically, and the cool ceramic surface of the toilet is your only friend. Food poisoning and gastroenteritis aren’t quite as common in Australia as they are in say, Bali, but symptoms still affect 4.1 million Australians a year. If you do find yourself stricken with something nasty, it might be tempting to put a big, black mark against the last restaurant you ate in. But, according to Dr Vincent Ho, clinical gastroenterologist and lecturer in medicine at the University of Western Sydney, eating out isn't always to blame. “It’s more common to get food poisoning with home meals, and that’s because people eat at home more often than they go out," he tells Time Out. "Generally speaking, in Australia, and other developed countries where we have good sanitation, the vast majority of the time when we go out, there isn't any food poisoning or gastroenteritis.” If you do have an upset stomach, it could well be impossible to pinpoint why. “Especially since many people have food intolerances,” says Dr Ho. Mild cases of di 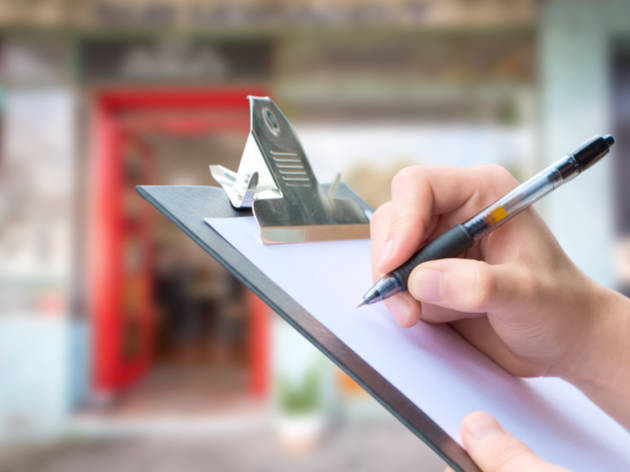 Over the past few weeks we’ve been investigating the ins and outs of restaurant health inspection as part of our upcoming program, Time Out Talks. The first TOT will deal with these very issues (find out more here if you’re into it). For our first story we talked to the City of Sydney’s top health inspector to get an idea of health inspection from their perspective. Then we spoke to a clinical gastroenterologist in order to tell you how to know if you’ve got food poisoning from a restaurant. And now we’ve talked directly to five Sydney restaurant/café owners to find out some of the craziest things they’ve been asked to change from health inspectors. One restaurateur told us he was asked “to replace the entire ceiling of a kitchen.” But the ceiling wasn’t actually broken. “This ceiling was constructed to code when built, but was no longer compliant.” So that must have been annoying. Health inspectors also came to a very large pop-up event he was holding and asked him to install “sneeze guards… with each stall provided with very basic facilities.” We spoke to a restaurant in Sydney’s north, who were asked to move a bin that jutted out slightly from below a sink. The health inspector wanted them to move it into the middle of their tiny kitchen. That made it more of a trip hazard than it was originally. Around the same time, the council told them that they had to move all of their recycling bins out from the back lane and into the middle of the kitchen too. Meaning they'd be le

Time Out Talks: The Politics of Bushfood Now 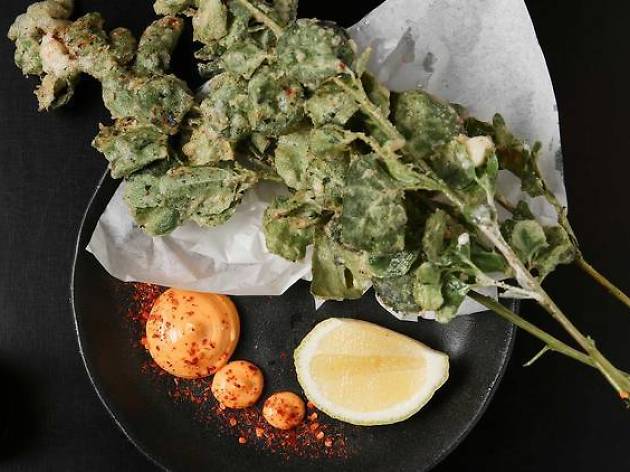 The Politics of Bushfood Now 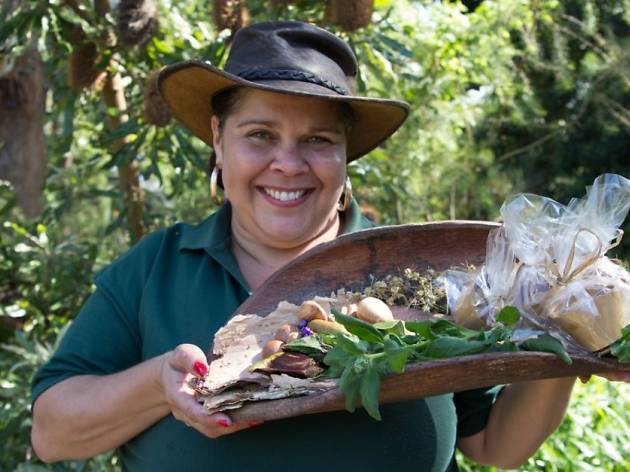 Native ingredients you can find growing wild in Sydney

This week we took a remarkable Aboriginal Heritage Tour at the Royal Botanic Gardens. And, wow, did we find out a lot about our native bushland. Education co-ordinator for Aboriginal programs and Ularai/Barkandji woman, Jody Orcher was our guide, and what an intelligent, generous and engaging guide she was. She'll also be speaking at our upcoming Time Out Talk. From blossoming macadamia trees to tiny, rose-scented berries, it made us totally rethink our image of the city – we were blown away by how many incredible foods are readily available and growing in Sydney right now. “Native foods to me are home,” Orcher tells Time Out, “It’s about cooking the way we prepared it, it’s about eating with family, it’s about going and getting it, catching it, gathering it, killing it, whatever it may be, and everyone pitching in. And then the way that we make use of different things in the animal or the plant – I think I value those things because they are things that I learnt from my family, so it reconnects me back to my identity.” Learning and eating bush food has larger implications too. As Orcher tells us, it’s also about “having the integrity to understand how to recognise and to respect those traditional owners or where those foods come from, it’s as easy as recognising them as who they are.”Here are some of our favourite finds on the day – some you’ll know, some you won’t, but trust us, you should be seeking out them all (go on one of Orcher’s tours to find out more).Lemon myrtleWh 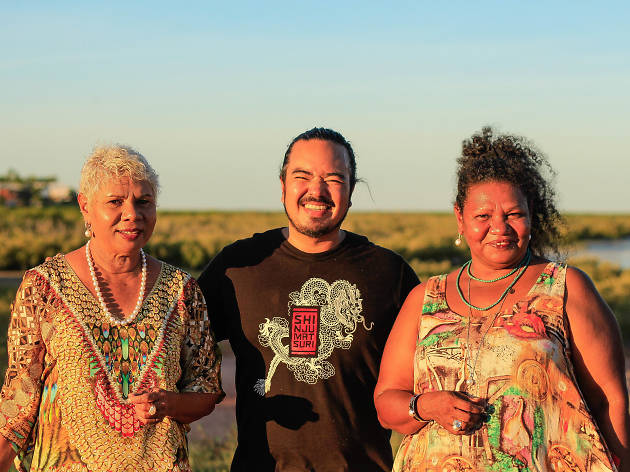 This piece was written by Tanya Orman, Channel Manager at NITV and chair of our upcoming Time Out Talk: The Politics of Bushfood Now.  Book your tickets here. Whether it’s your morning coffee brewing ritual or nightly meal with your family, what and how we consume food and drink often bears more significance than simply fuelling our bodies and satisfying cravings. For Aboriginal and Torres Strait Islanders, that’s no different. The collecting and preparing of food is intertwined with our story-lines and is a crucial part of our identities. Growing up in Central Queensland, I remember the stories my family would share as we prepared meals around the kitchen table – from my Grandfather’s smoked echidna to Nan’s fried scones with syrup butter. Just the smell from a campfire takes me straight back to childhood – to the laughter, love and life lessons given to me through the act of food gathering and preparation. The recent trend which has seen Indigenous foods like bush plums, finger limes and crocodile become increasingly visible on Australian fine-dining restaurant menus is really the first time Indigenous Australians have been recognised for the food we’ve been cooking and eating for thousands of years, in a fine dining context. And while I see this as a really positive way of acknowledging the rich culture and extensive knowledge of Indigenous Australians, it’s equally important to consider the history and story of how that bush food has ended up on our plates and in our sup