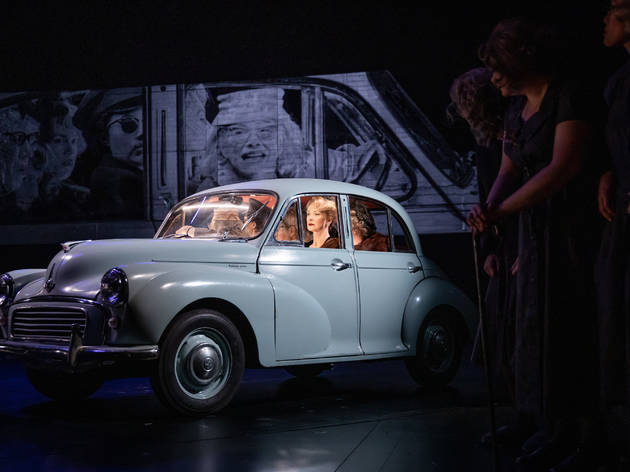 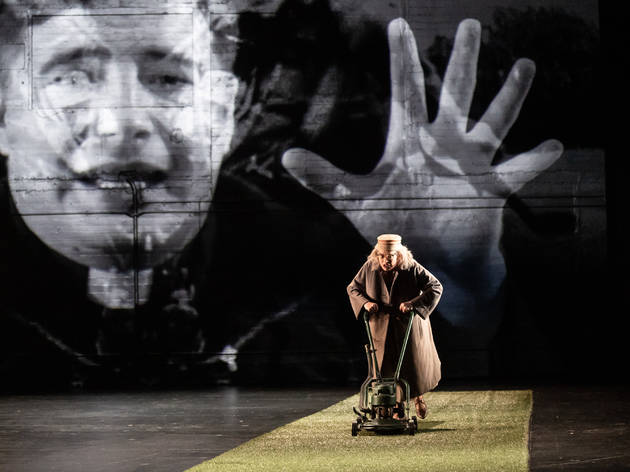 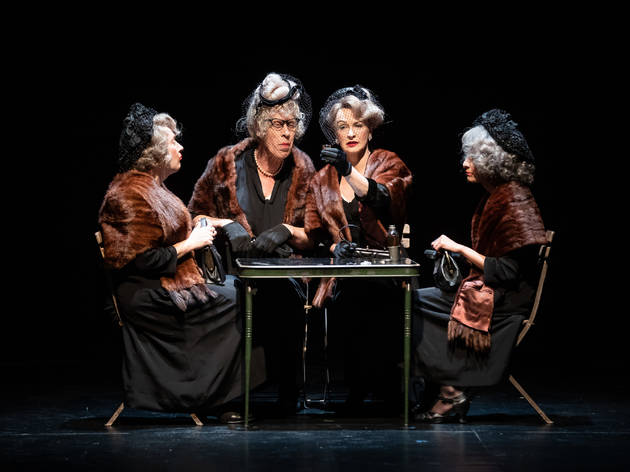 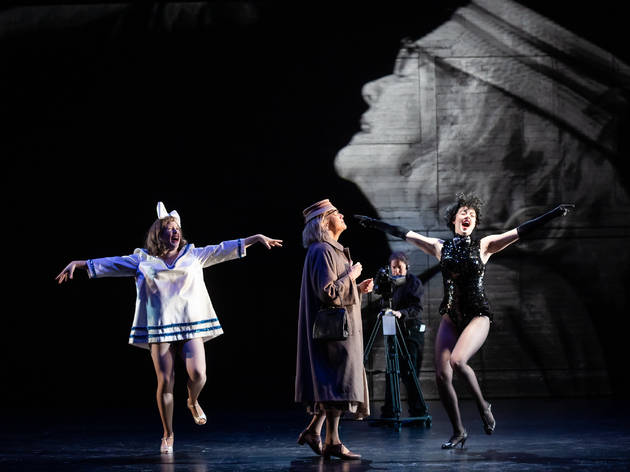 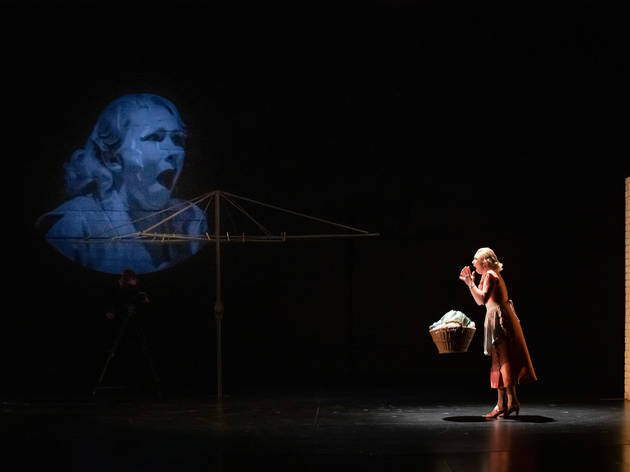 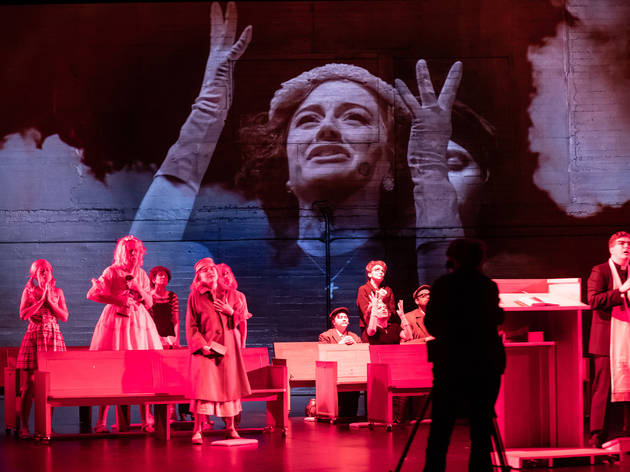 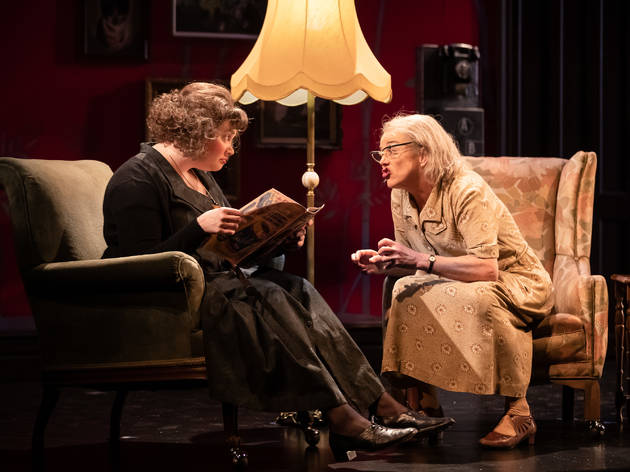 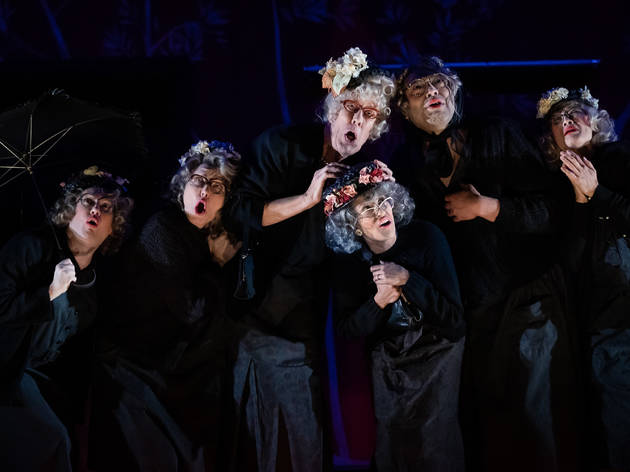 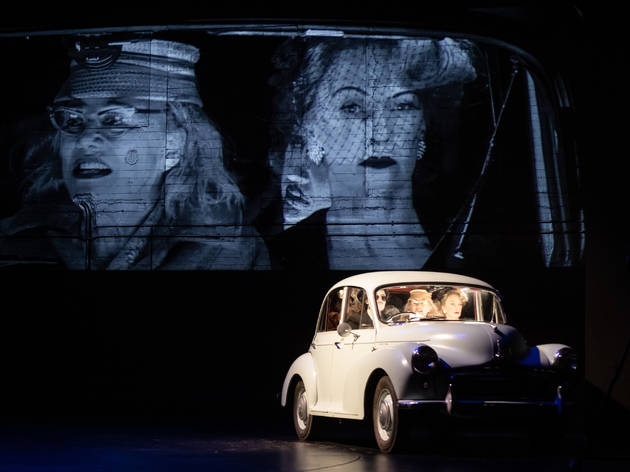 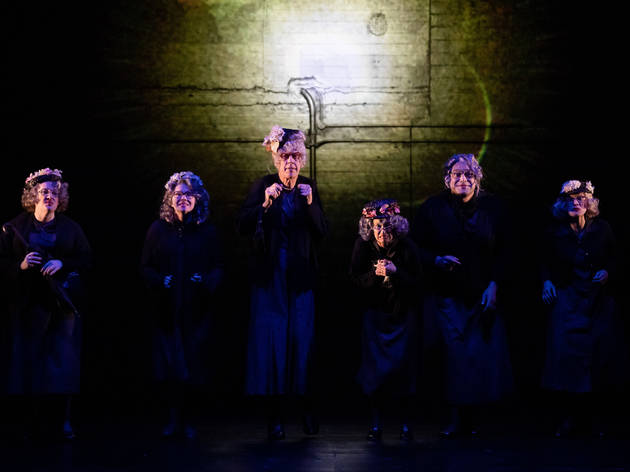 Patrick White saw through all of our empty social kindness decades ago. His 1963 play A Cheery Soul, set in a fictional 1950s Sydney suburb that’s all repression and politeness, blows up all the myths we might have then possessed – and still possess even now – about the ways we treat each other.

Miss Docker (Sarah Peirse) shuffles around Sarsaparilla with her sticky beak and overbearing opinions, always the first to put her hand up to help. In the play, the phrase “she’s such a cheery soul” has the razorblade shape backhand of a “bless your heart”: Miss Docker is suffocating her fellow residents with her helpfulness, smothering them with her suggestions, and has a habit of leaving a trail of distressed people in her wake.

But she seems to mean well, from a distance, and it’s obvious that she’s lonely, and this is suburban Australia in the decades before we collectively decided we could studiously ignore our neighbours. So when Miss Docker loses her home, the proper, yearning Mrs Custance (Anita Hegh) thinks that she and her husband (Anthony Taufa) should offer their spare room to her. What follows tests the couple’s social conscience and, after some over-pruned tomato plants, a damaged roast and a range of disruptive habits that kills the Custance’s intimate life, Miss Docker is shuffled off to a retirement village.

And that’s when things get gloriously weird.

The ensemble of 11 play, with the exception of Peirse, shifting and varied roles – but most of them play the chorus of elderly women in this segregated home, and it’s a delight. This means Taufa, Bruce Spence and Jay James-Moody are dressed in wigs and housedresses just like everyone else, but their women are realised with heart and fine detail; there are plenty of laughs here, but none of them are cheap. Spence is austere and posture-perfect, and James-Moody is given, thankfully, plenty of time to show off his comic chops in keenly-observed comic bits. Shari Sebbens also shines in this women’s chorus as the formidable Mrs Hibble.

But it’s when we meet Mrs Lillie (Tara Morice), who has had a past relationship and subsequent falling out with Miss Docker, that the play reaches new, complex heights. In an extended sequence that plays out like a memory on a slow, continuous revolve, we see the pathos and loneliness behind Miss Docker’s bluster, as well as the pain and frustration that leads Mrs Lillie to finally, publicly, reject Miss Docker’s help.

As she reels from this rejection, Miss Docker falls into a breathtaking fantasy sequence with Nikki Shiels and James-Moody playing unexpected cameos, and as Docker takes the hands of imaginary friends and wills herself forward, it’s deeply and surprisingly moving.

This is a self-assured, gorgeous production of an uneasy Australian classic, one that seems to, under Kip Williams’ direction, accept the play for all its surrealism, theatricality, and honesty, rather than resist. The ensemble is excellent – Brandon McClelland delivers some of his best work as an anxious, tortured reverend, and Nikki Shiels is a standout in a variety of roles – and with Peirse in a knockout leading performance, bent and shuffling with restless hands, unflagging energy and an eagerness for ugliness, it’s easy to be swept away in the moment.

With video elements exaggerating – and re-crafting – our view of the action, a splendid score by Clemence Williams that melds melodrama with tongue-in-cheek irony, and keen use of sudden, unexpected space, this production feels like the apotheosis of the Kip Willams style – a director finding the perfect project to channel his pet style signatures and make deeper meaning.

It blends high camp and retro cinema pastiche with grounded emotional truth, and that’s a heady, near irresistible combination: this production is packed with luxurious visuals, generous performances and uncomfortable truths about difficult people and difficult conversations.

Can I give this 0 stars? The tomato plants on stage were better than the actors. This play has no plot, bizarre outdated references and very little dialogue that isn't super cringe. Save your coin and don't go. It is honestly the worst play I have ever seen in my life.

Once it was over (finally!), the full house only had a smattering of confused applause. Surely we have more talented voices and stories to tell than a play from 1963 that was universally panned when it was first shown, and will undoubtedly be panned now?