Anatomy of a Suicide review 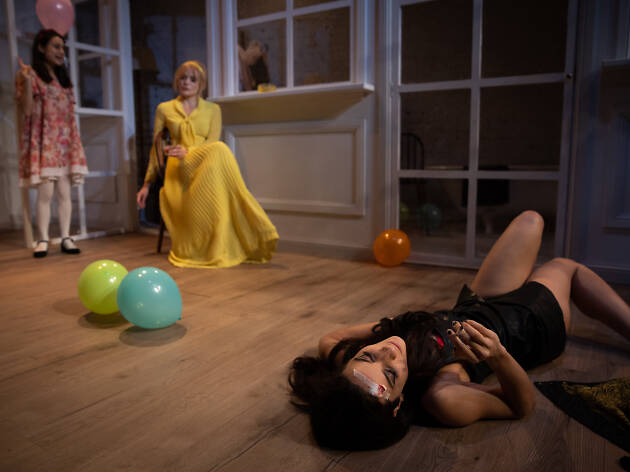 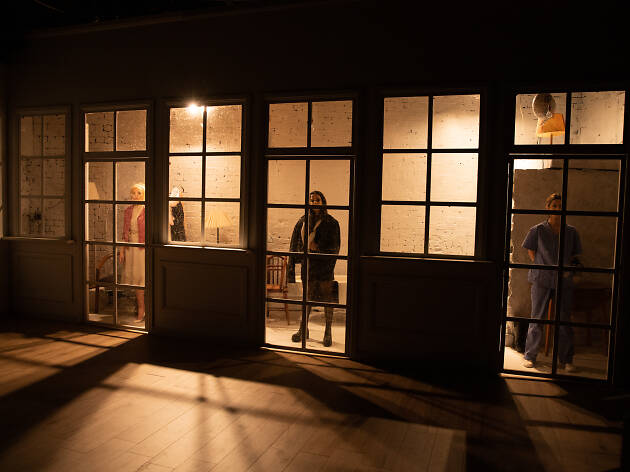 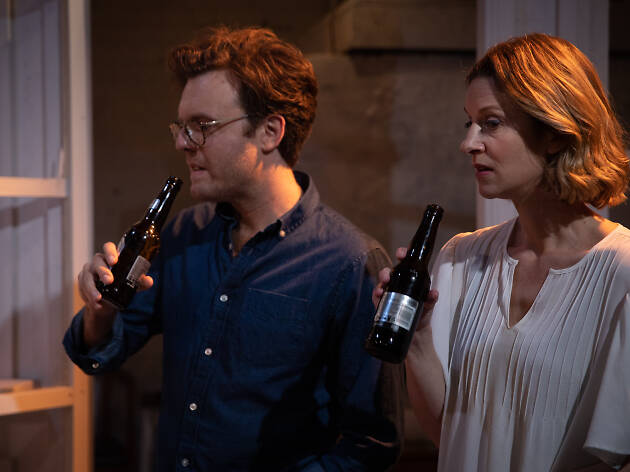 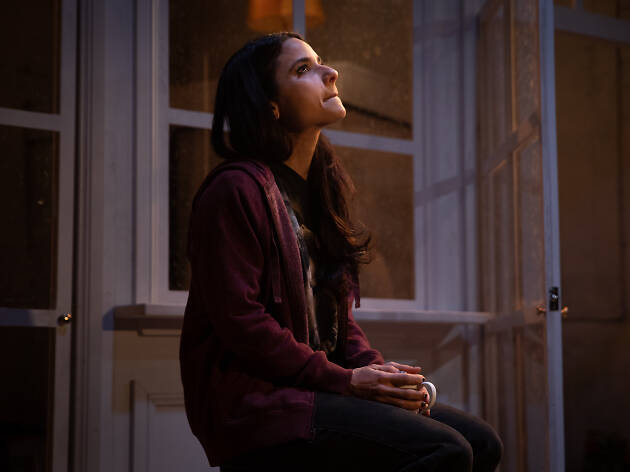 Three generations of women struggle with pain, addiction and mental illness in this new British play

Halfway through Anatomy of a Suicide, commune dweller and heroin addict Anna snaps, “I am not your misery project”. This statement could also be a manifesto for Alice Birch’s interwoven tale of three women in one family: a mother, her daughter and her daughter’s daughter. You’d be forgiven for imagining that a play with a title like this one would be heavy on the melodrama. But you’d be mistaken. Anatomy of a Suicide, under Shane Anthony’s direction at the Old Fitz Theatre, is haunting and immersive, yet subtle in its manoeuvring of the complexities of motherhood and female pain.

Carol, Anna and Bonnie are the three women at the heart of the action. Spanning decades and three generations, the play charts pivotal moments in each of their lives, which are often also some of the most mundane. There are births and deaths and revelations – but the beauty of the play is in the quiet moments: the planting of plum trees, a cigarette shared in confidence at a child’s birthday party, the single word “radiant” repeated.

The play follows the form of a theatrical triptych, where three different scenes play out alongside each other at once. The stories weave and duck around each other, sometimes overlapping in dialogue or pause. The women live their own lives, but beside one another. If this sounds confusing, it’s because it sometimes is. For the most part, however, Anthony directs his skilful actors into a tight rhythm around each other, so their conversation flows and dialogue intersects at just the right moments.

We see Kate Skinner’s Bonnie open the door to a lover bearing a fish, and roundly reject her (quite sweet) proposal of dinner. Skinner does a stellar job of playing Bonnie’s wary, guarded way of being, of the walls she erects around her which are as tangible and enduring as the walls of the childhood home she struggles to suddenly find herself living in. But the stuttering, awkward comedy of the fish-date scene is made all the more magic by the interruptions from the other scenes going on around them.

While this happens, charming, damaged Anna, played with nuance by Andrea Demitriades, is in a heroin-fuelled daze and can’t feel her many broken bones. Anna Samson’s frenzied, dreamy Carol, meanwhile, is on the far end of the stage, grappling with the aftermath of the birth of her baby and tearfully convincing her husband that she’s “just fine”.

Carol later looks around at her home and considers her legacy. The ancestral family home is as much of an idea within the play as it is the set on which the bulk of the action takes place. Gus Murray and Shane Anthony’s set design makes the French doors and white-washed walls come to life, making tangible the pain passed down between the women.

There were times I felt my head turning this way and that across the Old Fitz’s stage in order to keep eyes on all corners of the action. But despite the occasional clamour, the simultaneous storytelling works. The concurrence of the disparate time frames gives a distinct sense of the way these women bleed into each other’s lives, of the ever-present impact they have on each other – even Bonnie and Carol, who never existed in the same time and place.

Though the play is dark by most standards, it doesn’t veer into the melodramatic. Before the play begins, the director himself addresses the crowd with a content warning. Signs displaying information and contact numbers for Lifeline and Beyond Blue feature prominently at the entrance to the Old Fitz. There is a genuine commitment to the audience’s well-being, which aligns with the directorial decision to not be gratuitous with the presentation of trauma on stage. Mostly, complex ideas are handled subtly, graciously, and at best, with a judicious level of humour. “Did you really try to do yourself in?” asks a precocious young girl, played by the incredibly versatile Danielle Catanzariti.

Anatomy of a Suicide finds a way to tenderly, evocatively explore female pain and intergenerational trauma – without the frills.