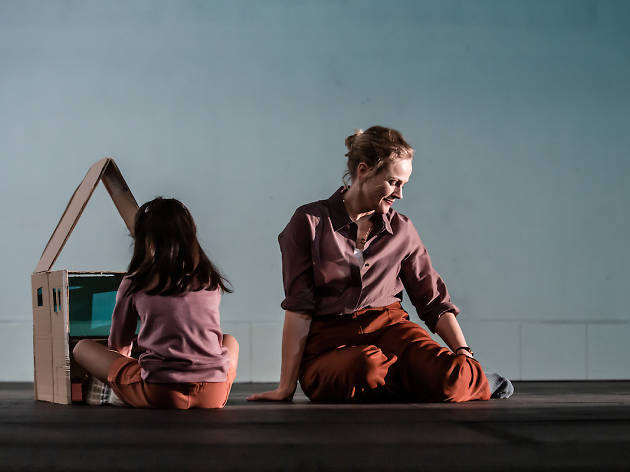 1/3
Photograph: The Other Richard 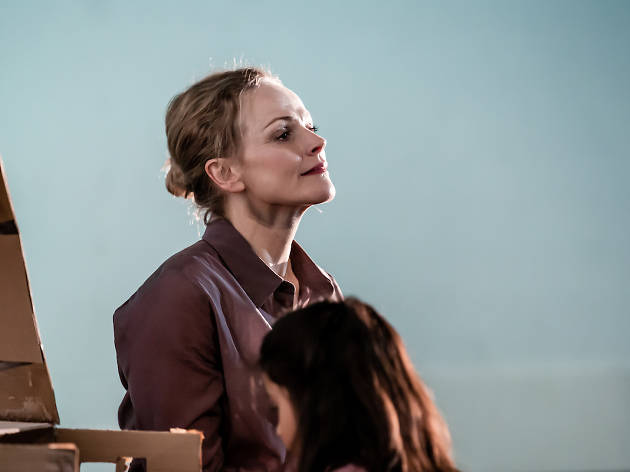 2/3
Photograph: The Other Richard 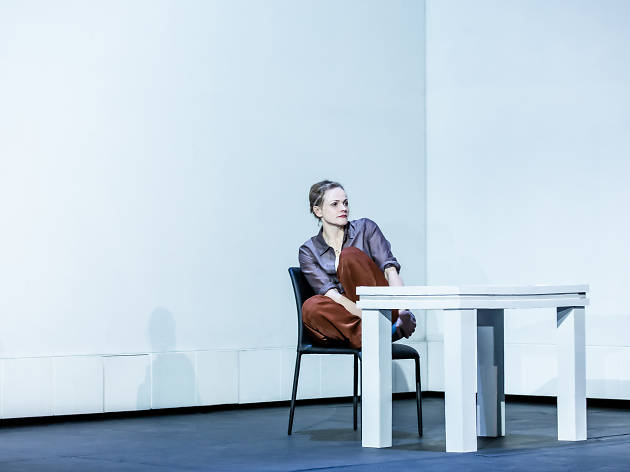 3/3
Photograph: The Other Richard
Buy tickets

The Woman stands alone onstage. She’s comfortable – wearing a great, fuzzy pair of socks and no shoes, so you know she’s approachable. She’s going to tell us her story. It’s about love, family and motherhood. It’s also about the absence of those things.

Avalanche, a play by Julia Leigh based on her own memoir, is a solo story about this unnamed Woman’s journey with IVF. Played here by British actor Maxine Peake – this is a Sydney Theatre co-production with London’s Barbican Theatre – the Woman is great company. She tells us about Paul, an old lover who becomes her husband nearly two decades after their first fling. Something about this relationship, unclear to us but obviously world-shifting to her, changes her stance on having children. Suddenly she’s consumed by thoughts of her and Paul’s potential ‘childling’.

Even when the marriage breaks up, the Woman isn’t ready to abandon the childling, and she’s prepared to have a child as a single mother. She’s nearing 40, and she turns to the highly fraught world of IVF: first by trying to convince Paul to sign on as a donor, and then by exploring other, separate avenues.

IVF is a hard road. It’s staggeringly expensive and a woman’s odds at falling pregnant is often obstructed or difficult to puzzle out from the marketing-speak of private clinics with walls covered in pictures of hard-won babies. It’s a world more accessible to some women than others – those with deep pockets will receive all kinds of treatment those who are poor, queer, non-white or with disabilities might not be able to access – and for this Woman, IVF becomes the great project of her life.

Directed with gentle, steady care by Anne-Louise Sarks, this is a thoughtful and personal story, but its insistence on existing in a vacuum is both its strength and its weakness. This is such a solo story that it’s easy to fall under the spell of Peake’s technically detailed, aesthetically effortless performance. But it’s also such a solo story that it feels divorced from time and place and, frequently, its audience.

This narrow focus on IVF seems borne from and constrained by typical behaviours of the white middle-class. It’s a play about great financial and logistical privilege that doesn’t examine that privilege, or even its central question: why does the Woman want to have a child? And why does she want to have a child via IVF only, and not explore other options like foster care or adoption simultaneously? In a throwaway line the Woman explains that adoption is difficult, but so is IVF – the Woman frequently acknowledges, but doesn’t fully explore, the intense mental and physical strain her body is under as she goes through the process. The piece is unwilling to interrogate its central character and her world. This makes sense for a piece based on memoir – it’s a whole world unto itself – but it’s hard to not be hungry for something that reaches out to us a little more.

But Avalanche isn’t interested in being about anything than one woman’s experience with IVF, (and certainly men for centuries have made plays about a narrow slice of their life experience, so a personal study of a moment in time is nothing new or more egregious than countless plays in our old theatre canon). So how does it stack up in its vacuum?

It’s mixed. Leigh’s script is warmly written and contains pleasing momentum – you want to know more about the Woman – but the reason you can’t help but hunger for the world to have been brought into the play is that the script is crying out for more. Its emotional and dramatic structure is internal and more direct than it is nuanced, often based on assumptions that we’ll understand where the Woman is coming from (and if you’re not straight, or not someone who wants children, or are someone who has historically been discouraged from having children, you might not understand where she’s coming from). Marg Horwell’s strikingly lovely, movable set marks emotional beats and does much of the dramatic heavy lifting here – a sudden breakage or change onstage says more than the script ever does about the Woman’s emotional state.

And if this is a love story about a lost kind of love, it’s a shame that the play ends abruptly, without reflection or examination on how the Woman grapples with her loss.

But Avalanche isn’t a play about that kind of reflection, and it isn’t a play that can bear to let in the world. The wounds, perhaps, are too fresh. Much like the Woman’s world shrinks to her quest to become a mother, this play stays squarely in one place and invites us to engage on the Woman’s terms. It cannot bear to look away from her. If you see yourself in her – if you’re struggling with the industry of IVF, with the hardships of parenting or of becoming a parent, then you’ll find her world a rich and sympathetic one. If you’ve never had the option of building a ‘traditional’ family, and had to find your own family and social bonds outside the generally accepted? This could leave you cold.