Theatre, Musicals
Recommended
3 out of 5 stars 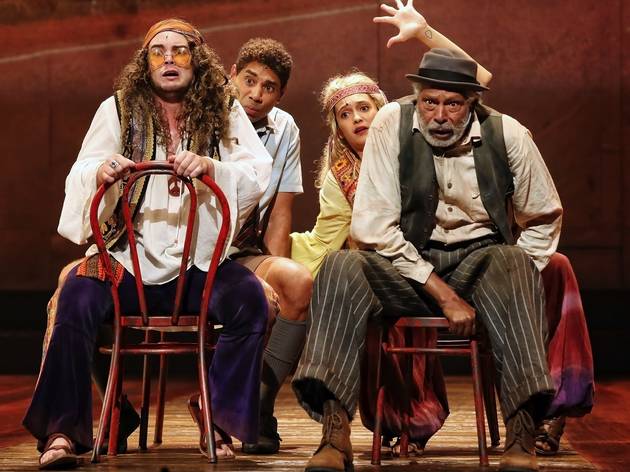 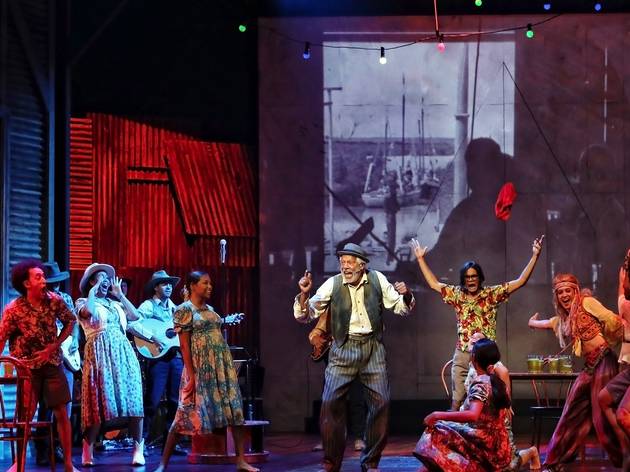 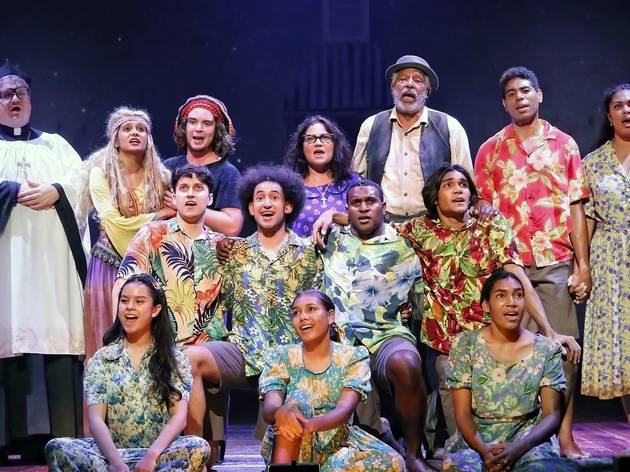 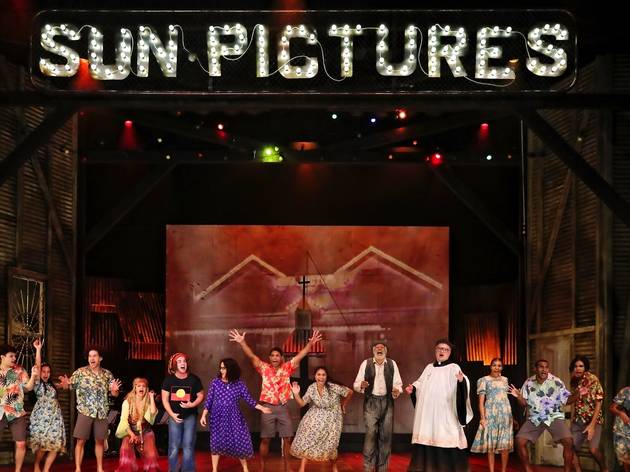 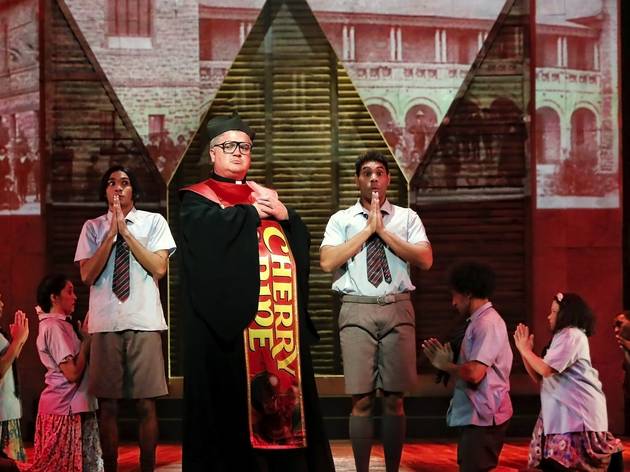 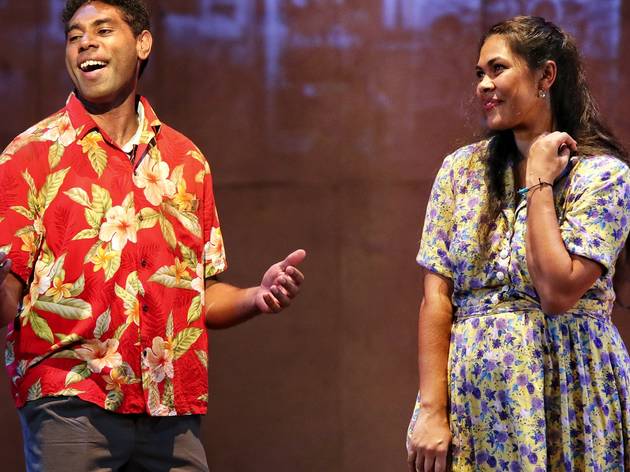 The classic Australian musical is returning for a 30th anniversary tour

There’s no resisting the score of Bran Nue Dae.

Created by Jimmy Chi and his band Kuckles, the music is a generous meld of country and early rock and roll. It’s an ebullient, clever, moving body of work that threads together optimism (the title track ‘Bran Nue Dae’), rebellion (‘Nothing I Would Rather Be’), cheek (‘Seeds You Might Sow’) and poignance (‘Listen To The News’). It’s an unforgettable lifeblood of song and an influential part of Australian musical theatre history.

The plot, characters and book that hang around and between the score? Well, they’re more shaky. But it’s an open-hearted story of family, home and love; an examination of both the promise of reconciliation and its present failures; and it ends with a reunion of Shakespearean proportions. Even when the plot feels its thinnest, keep an ear out for the lyrics – they’re sharp, laced with celebration of pleasure and scathing critique of white supremacy in Australia. And at least, in the book’s weaker moments, it provides a vehicle for the kind of music that can spin you around, shake your core and lift you up.

Bran Nue Dae, the first Australian Aboriginal musical, premiered in 1990 and it was reworked and expanded in the charming as all get out 2009 film directed by Rachel Perkins (who wrote the script along with Reg Cribb). The story: Willie (Marcus Corowa) is kicked out of his Catholic boarding mission school in Perth, but that’s fine – he doesn’t want to be a priest. He wants to get back to Broome with his family and friends. Plus, Broome has got Rosie (Teresa Moore), the girl he loves. Luckily, Willie crosses paths with Uncle Tadpole (Ernie Dingo), an ex-drover who’s just about ready to return home to Broome, too.

Before you know it, Willie and Tadpole are in a Kombi van shared by a couple of hippies – German tourister Slippery (Callan Purcell) and Marijuana Annie (usually played by Tuuli Narkle, but understudy Danielle Sibosado at this performance), and they’re all barreling together towards new truths. It’s not a straightforward trip, because is any journey ever straightforward, and it reaches a sickening obstacle when the foursome is imprisoned. Willie, quite rightly, is terrified of what can and often does happen to Indigenous people who are incarcerated in Australia – he’s not sure they’ll make it out alive.

But Bran Nue Dae is more sunshine than rain, and they’re back on the road before we know it, hurtling back to Broome. And Willie’s mother Theresa (Ngaire Pigram) is in for the shock of her life.

Set at a Sun Pictures outdoor movie theatre, all corrugated iron, movable seating, and backdrop projections (set by Mark Thompson), Bran Nue Dae is a swift-moving river under director Andrew Ross, and it’s bursting with Broome. Much of the cast and creatives are from the area, have worked on the show before, or have been long inspired by it. That love is palpable and and contributes to the like-breathing approach of this production; this is a story told by people whose lives have been shaped by it.

And that music! The band (led by Michael Mavromatis and Patrick Bin Amat) is on fire, and when the ensemble sings together, it’s joyful: one of the most powerful musical theatre experiences is an ensemble that makes magic as one, and that happens here. Choreographer Tara Gower has built the show’s movement language on dance traditions from the Kimberley, and it’s a pleasure to watch.

If you’ve ever seen the film and found it light on narrative and on character, especially outside the two leading male roles, it should be pointed out that the film is a rich study compared to the stage version; there’s half a heartbeat missing here, and we don’t truly get to know Rosie or Theresa. It seems a shame that this new production hasn’t incorporated changes made for the film – including structural and song-placement changes – or found new solutions of its own to bring Rosie and Theresa forward, and to give the story more depth. Yes, Moore sings like an absolute angel as Rosie – she’s so captivating you’ll wish she was in every musical – but the story is narrowly focused on Willie and Tadpole, and cares the most about them.

It’s lucky, then, that Corowa moves with the assurance of a leading man and that Dingo is all hundred-watt charisma. You want to spend time with these men, you want to go on the journey, and the cast are all on fire. Don’t be surprised if you end up on your feet.