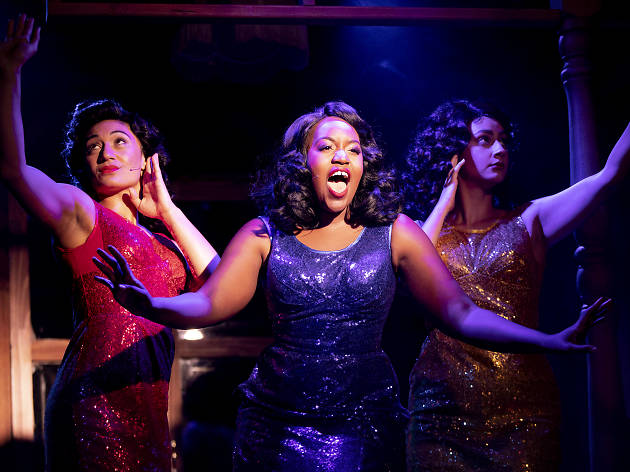 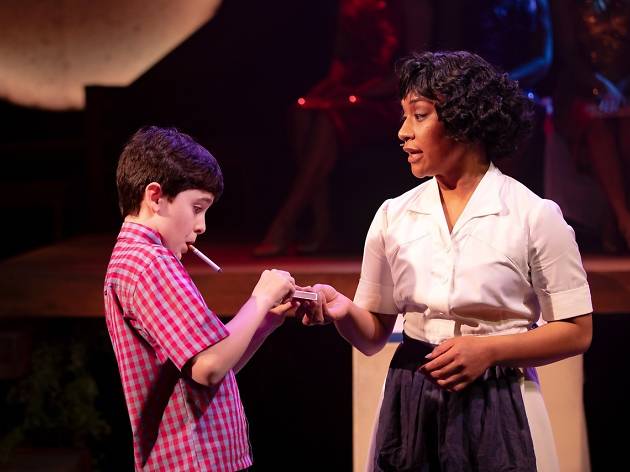 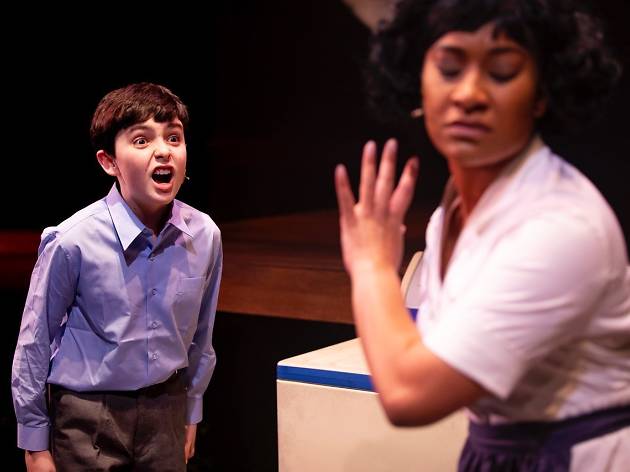 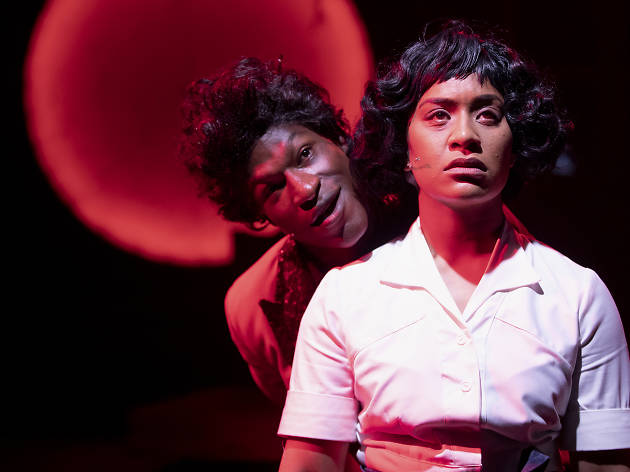 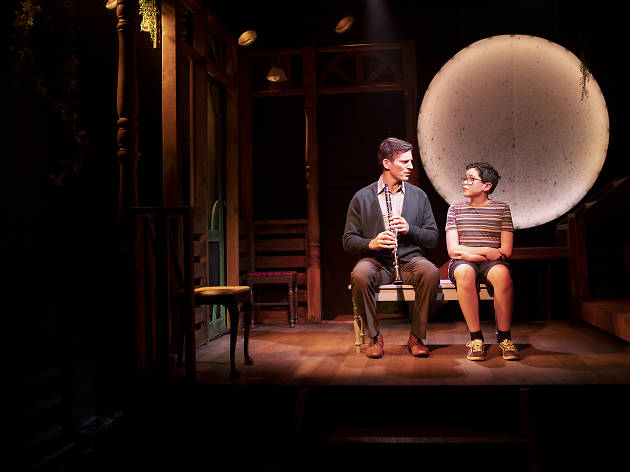 When you think of musicals, your first thoughts are probably of kick lines or massive chandeliers crashing down on audiences – glitz and scale. But of course, that’s only one side of the story. Sometimes a musical is just people inside a hot Louisiana home, where a washing machine and dryer sing while a woman works. Sometimes a musical is a story of a handful of people trying to live in a world where making a change feels like breaking your own heart.

Sometimes a small musical tells stories as big as the world.

This is the case with Caroline or Change. Written by Tony ‘Angels in America’ Kushner and Jeanine ‘Fun Home’ Tesori, this is a musical about Caroline Thibodeaux (Elenoa Rokobaro), an African-American woman in a small town in the American South. It’s 1963, and she works as a maid for a Jewish family in the area. It’s hot in their basement, ironing next to a rumbling dryer in a house built on the edge of a swamp. She’s a single mother of four, and her $30 paycheque (About $220 USD today) isn’t enough to live on. But it’s work, and she needs the work.

Caroline’s been in survival mode for a long time. But what if she could do more than merely survive? There’s a hint of change in the air. Someone decapitated a statue of a Confederate soldier right here in their small town, and more and more activists are speaking out about civil rights and social justice, and all the ways these ideals might be achieved. The women around Caroline are dreaming, and acting, on the momentum: her friend Dotty (Emily Havea), also a maid, is going to night school. And her daughter Emmie (Nkechi Anele) is determined to demand more, as a young black woman, from a world that dismisses her. She’ll tell anyone this – even the visiting Gellman patriarch (Tony Llewlyn-Jones).

Things are changing in the Gellman household too. After the death of his wife, sad clarinettist Stuart (Andrew Cutcliffe) has just married Rose (Amy Hack) – his late wife’s best friend – for family stability more than for love, and his son Noah (Ryan Yeates on opening night, who shares the role with Daniel Harris) is troubled and grieving. He doesn’t have much time for Rose, but he thinks the world of Caroline, who in his eyes is the king and queen, the president, and stronger than his father.

The tension of Caroline or Change is built on, well, change: to teach Noah a lesson of financial responsibility, Rose tells him any money he leaves in his pockets will belong to Caroline. Noah starts leaving change in his pockets for Caroline, and it’s a temptation and a catalyst. Caroline doesn’t want to take money from a baby, but Noah’s loose change could mean new clothes for her children...

The musical, directed here by Mitchell Butel, is both glorious and thoughtful: the personal writ political, burning with complicated questions about social and economic justice, about how we take our sorrow and suffering and move towards the light. We’re watched over by the moon (played, fittingly, by the luminous Ruva Ngwenya) as these enormous ideas play out here in intimate, utterly human ways.

And it all lives or dies on the shoulders of the actor playing Caroline, so thank the musical theatre gods for Elenoa Rokobaro, who plays the part with astonishing grace. She is grounded and achingly earthy. Her voice is a dream – rich and nuanced – and her performance is finely, thoughtfully built. It’s rare, heart-stopping work.

Butel’s production rightfully centres on Rokobaro, but his whole company are giving detailed, compassionate performances. Hack is sharply funny and sympathetic, even when she is wounded by Caroline – her employee – not acting as her friend; Cutcliffe is pure-toned and stoic; Havea is both light and strength, irresistible as Caroline’s opposite. Yeates is solemn and sincere; Anele is on fire.

On Simon Greer’s attractive, tiered set, you can all but feel the humidity, and musical director Lucy Bermigham’s band is appealingly bold, tackling gospel, blues and folk with empathy and gusto in equal measures. Alexander Berlage’s lights are signposts of feeling, and they revolve, as the whole musical does, around Caroline and her experience.

While Caroline or Change can be raucous, when appliances come to life, or Caroline’s children are at play, its drama is quiet and personal. Clarity is critical, then, and while Butel’s production feels lovingly made, it blows past some of the quiet moments that contain the most potency – the ones that shift the whole piece with a word or a conversation. You can’t help but want the show to slow down, focus, and ensure we’re getting that the world has just changed in those moments, and sometimes, we almost miss it.

This isn’t helped by problems with the sound design – in the first act, especially, a lot of lines are lost or hard to hear. These issues could be addressed and fixed over the course of the run, but just in case, you might want to look over a synopsis or have a quick listen to the show’s music before you go: this is a show in which feeling every beat is essential.

And you’ll want to feel it; you might shed some tears over Rokobaro’s performance, about how far we still need to go to create meaningful, fair change for everyone. Feel all the lost hopes and reach for newfound ones, and remember that change always comes. It’s an extraordinary experience.