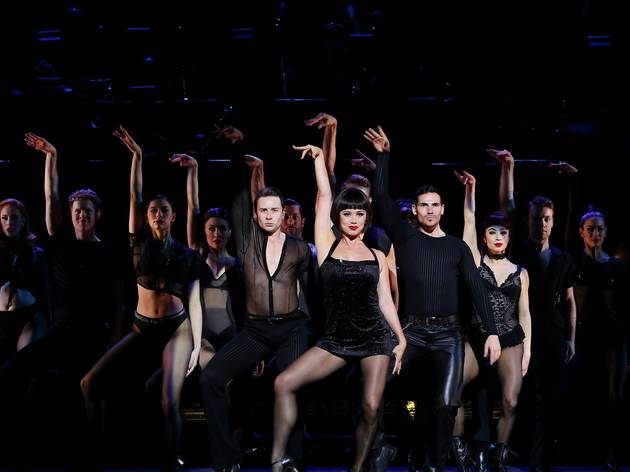 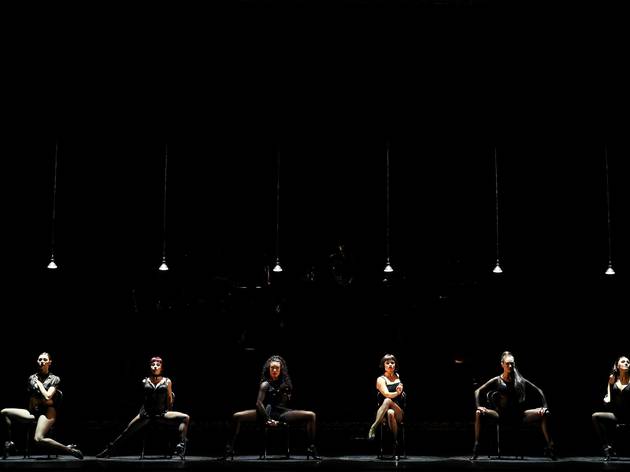 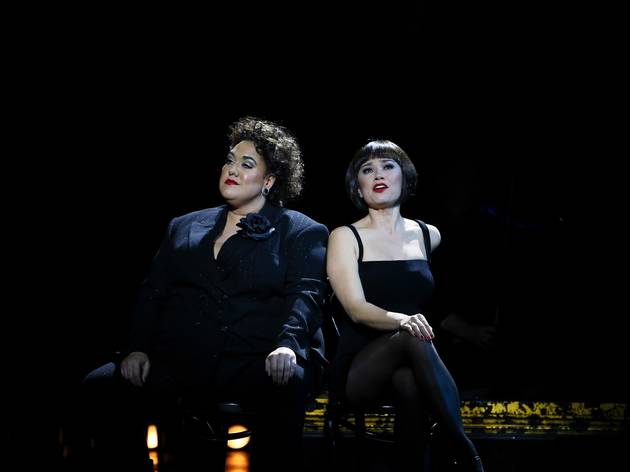 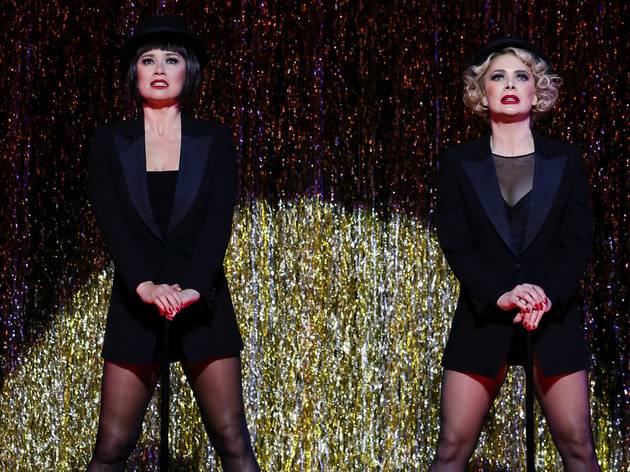 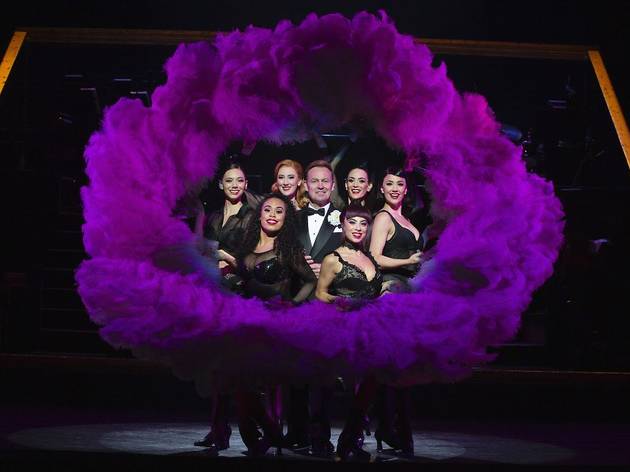 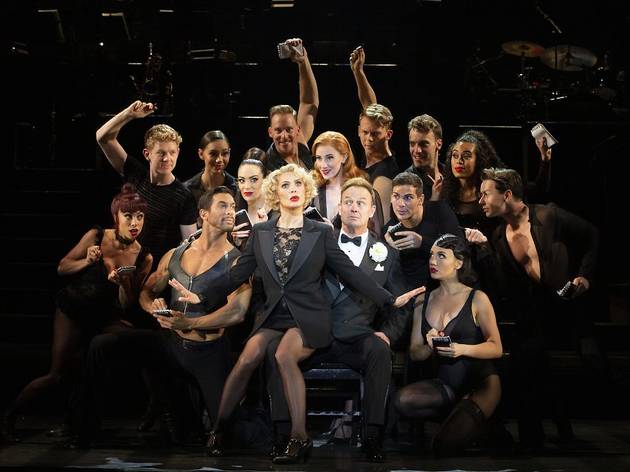 Most of us think John Kander and Fred Ebb’s Chicago has always been a mega-hit, but that’s not exactly true. When it premiered on Broadway in 1975, it was overshadowed in just about every respect by A Chorus Line, and although it played a respectable two years (thanks largely to stars Gwen Verdon and Chita Rivera, and a short run by Liza Minnelli), it was never a sure thing that it’d become one of the pillars of musical theatre. With its pointed satire of celebrity culture, it’s still an unlikely favourite for an art form known best for its emotional sweep and escapism.

But come 1996 (the year following the OJ Simpson murder trial), the world was ready for a musical about celebrity killers and their manipulation of the media. Walter Bobbie’s stripped-back and sexed-up revival picked up six Tony Awards and is still running, making it the longest-running American musical on Broadway. That’s the production currently on its third tour of Australia, and this iteration should cement its reputation as a masterpiece of musical theatre. It’s a show that knows how to razzle dazzle better than almost any other – even if it shows its age a little – by moving any extraneous fluff out of its cast’s way and pushing them front and centre.

While the Academy Award-winning 2002 film filled in the world of 1930s Chicago with extraordinary visual detail, John Lee Beatty’s set (nothing but a bandstand fashioned into a jury box) and William Ivey Long’s costumes (all black mesh and bare flesh) invite the audience to fill in the gaps and dive into the story of Roxie (Natalie Bassingthwaighte) and Velma (Alinta Chidzey): two murderesses competing for publicity as much as their own freedom.

Bobbie’s direction is extraordinarily slick and smart, and Ann Reinking’s choreography – inspired by her long collaboration with Bob Fosse – is some of the best dance ever created for a musical. While Reinking uses tight, stylised Fosse gestures, the way she dials the volume of the dance from a gentle whisper to a full-throated roar proves her own genius. It’s danced gorgeously by this ensemble, who execute every hip-roll and high-kick with more precision than you’re likely to see on Broadway. (And while we wouldn’t normally pull out individual ensemble members for attention, Andrew Cook, Rachael Ward, Hayley Martin and Travis Khan are all assets in key dramatic moments.)

The cast aren’t always well-served by the sound design, but the orchestra (under musical director Daniel Edmonds) sounds appropriately raunchy and riotous.

As the two lead murderesses, Natalie Bassingthwaighte and Alinta Chidzey are well-matched and keep up with the dancers; Bassingthwaighte plays Roxie as a peroxided and slightly deranged Betty Boop, while Chidzey leans into Velma’s more sultry side. There’s nothing safe about Bassingthwaighte’s performance – and it’s easy to imagine the few bumps in her characterisation will smooth out over the run – but Chidzey could do with a lot more danger and a tougher edge.

There’s brilliant support from Casey Donovan as Matron Mama Morton, who clearly understands the vaudevillian bent of the material, playing up every double entendre to the audience in ‘When You’re Good to Mama’ and putting her stadium-sized voice to great use. Tom Burlinson’s ‘Razzle Dazzle’ is a highlight after a slightly tentative start as Billy Flynn, while Rodney Dobson’s Amos is a scene-stealer with a very straightforward but hugely effective take on ‘Mr Cellophane’, complete with white gloves and jazz hands.

Kander and Ebb’s exposé of celebrity and the media might not have the same bite that it did in 1975 – or even 1996 – and history (particularly recent history) suggests men are far more likely to engage in exploitative and criminal behaviour and still rise to fame and enormous power.

There’s not much in Chicago that can shock us in 2019, but it still gets its point across, particularly in its final moments. Hearing two people who lied and murdered their way to the top claiming they’re living proof that America is a wonderful country – all to rapturous applause – remains pretty chilling.