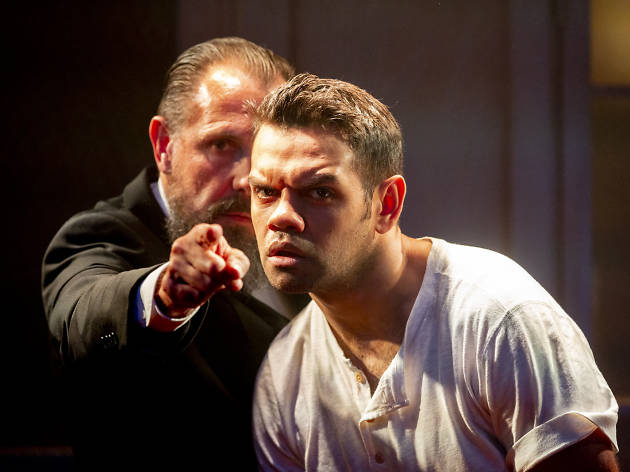 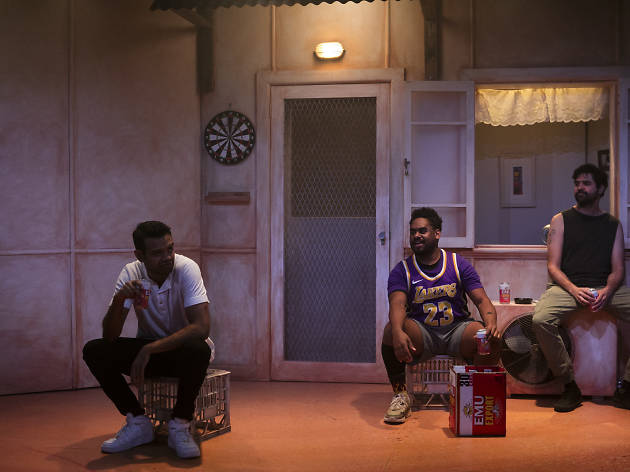 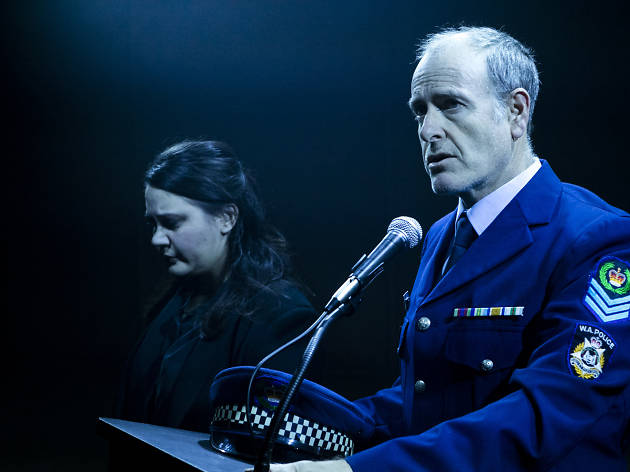 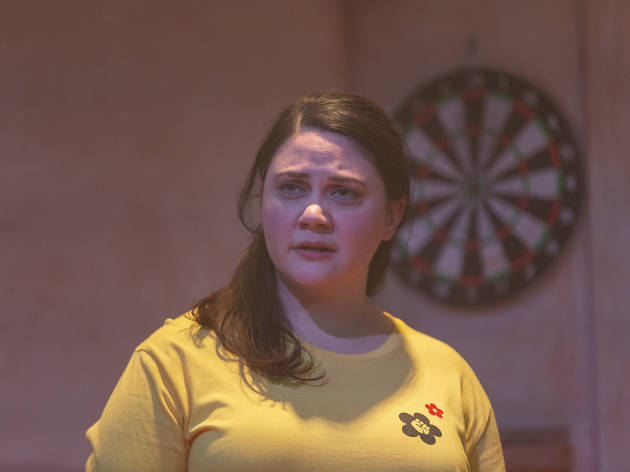 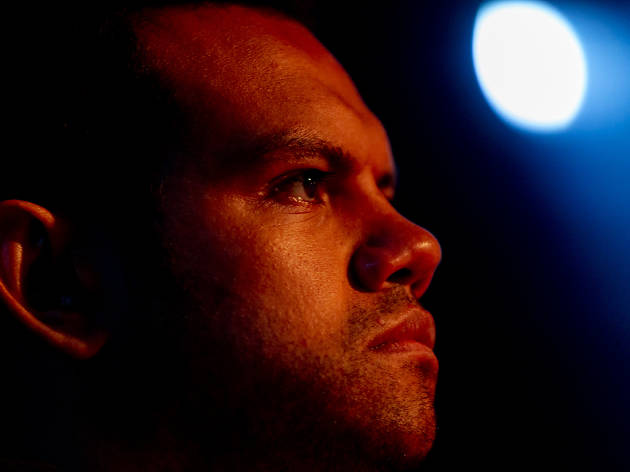 Breythe (Wyatt) is an actor about to walk off the set of an Australia Day lamb commercial. The ad, for all its message of unity, is plainly white-centred and racist, and just as Breythe is telling his white co-worker in full Captain Cook garb that he should speak up about it too, he gets a sign in the form of a willie wagtail and a phone call from home. His father (Maitland Schnaars) has died.

So Breythe leaves Sydney and heads back to Kalgoorlie, where his family – sister Carina (Shari Sebbens), brother Mateo (Mathew Cooper) and cousin Cliffhanger (Jeremy Ambrum) are trying in their own ways to hold themselves together. But in a town where peaceful protests by the Indigenous community leads to police attacks in riot gear and white residents both threatening and enacting racial violence (which really could be any community in Australia), just being able to grieve – and pursue a wrongful death case for your father – while also being black is a terrible risk.

Wyatt’s script is a coiled snake: beautiful and ready to strike. It reserves its venom for rightful targets – there’s a monologue in the top of the second act that’s heart-stopping in its rage and grief – but City of Gold is also extraordinarily loving. There’s plenty of laughter here too, as Wyatt paints a portrait of a family struggling to hold onto country, community and each other – even as white Australia, in all its systems and structures, threatens to tear them down. The family relationships, central to the play’s success, are finely observed and lovingly drawn, with dialogue that rings true on the ear, coupled with intimate performances delivered with ease by Ambrum, Cooper and Sebbens. Sebbens’ Carina, especially, could steal your heart.

Director Isaac Drandic turns the small space of the SBW Stables theatre into a whole world: a TV set, a family yard, Kalgoorlie itself. It’s natural as breathing as the play slips from realism to magical realism to explore spirituality – a key storytelling aspect of First Nations theatre – and the story feels rich and unrushed. Jason Glenwright’s lights and Tony Brumpton’s sound get the blood pumping with warning signs and carefully curated atmosphere.

This is a play full of hard truths and easily-felt emotions. It ends brutally; it commands your attention. City of Gold takes ideas some might find uncomfortable, feelings some might shy away from feeling, and links those thoughts, feelings, and ideas directly to you and your humanity. We are not separate from our actions; we are not separate from our community; we are not separate from our history. City of Gold is a story of a family in the middle of pain and anger, but it’s also a story of a country who has never quite processed its own pain and anger, and never taken responsibility for the havoc it has caused its first people. It goes for the throat. It goes for the heart. It’s breathtaking.

Read our interview with Meyne Wyatt about crafting his first play.