Girl in the Machine review 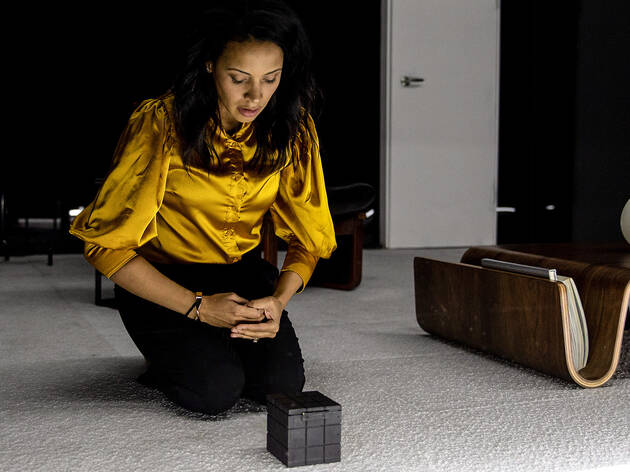 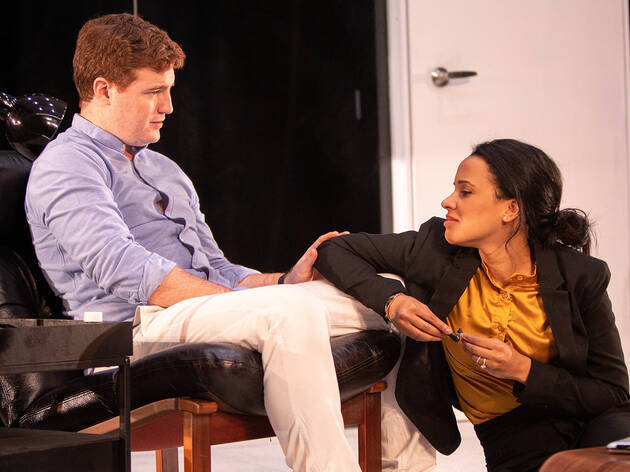 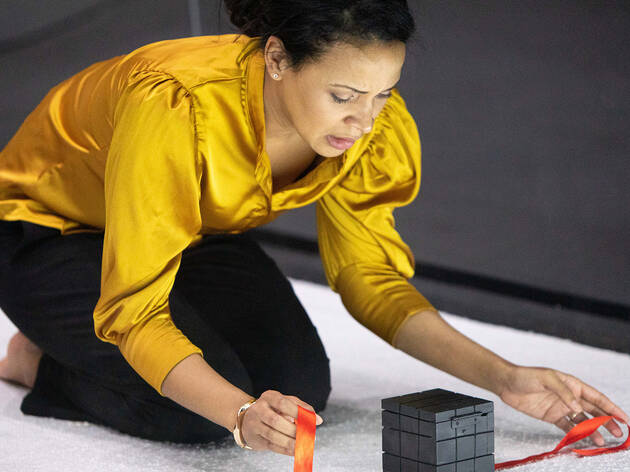 Maybe escapism isn’t the wildest coping method in the new, scary world presented in Girl in the Machine

In the near-future of Girl in the Machine, a cautionary tale of sorts about tech addiction and our creeping loss of privacy in a digital world, things don’t look good for us humans. Written by Scottish playwright Stef Smith (whose play Swallow was the inaugural production for this company, the National Theatre of Parramatta), this is a blunt 50 minute work that really wants you to take a break from your phone.

Polly (Chantelle Jamieson) is a busy and anxious lawyer. Her phone constantly pings with work, work, and more work. She’s stressed, and her husband Owen (Brandon McClelland), a nurse with a big heart, brings her a new piece of tech called ‘black box’ that’s supposed to evoke feelings of calm.

If you’ve ever seen a Very Special Episode of a TV show, you can imagine what happens next: Polly immediately becomes addicted to the feeling the box gives her, using it more and more often. She withdraws from Owen and from work. She ignores his pleas for her to quit, even when news reports begin to suggest that use of the box can lead to dark and dangerous ends.

The world outside is getting scarier, too: Polly and Owen are issued with ‘citizen chips’ under their skin that track their data and movements, and later, it seems like something awful is going on outside their front door – some kind of uprising? We never know what it is – Polly and Owen are encased in a glass box of a living room (set designed by Ella Butler), but it’s clear that as Polly tunes in and drops out, things are getting worse and worse, and maybe escapism isn’t the wildest coping method. Owen misses his wife, but will he be able to save her from the sweet nothingness of the black box when reality feels harder than ever?

It all looks and feels the way you would expect: Benjamin Brockman’s lighting design follows a recognisable plot for danger – when things get worse, the stage is flooded with red – and Benjamin Pierpoint’s sound design creates a droning, building tension. You might know how it’s going to end before we get there. And that’s a problem.

Girl in the Machine is compared in its marketing materials to Netflix’s techno-horror anthology Black Mirror, but it’s so heavy handed, dutifully checking every item from the ‘addiction storyline’ list, that it comes across more like a Black Mirror meme created by writer Daniel Mallory Ortberg: ‘what if phones, but too much’?

Director Claudia Barrie hones in on the relationship between Polly and Owen to give the play a heartfelt core, and, with strong performances from Jamieson and McClelland, the old and well-known narrative twists and turns land with some genuine emotional resonance; even though the walled-in set keeps us at arms’ length from Owen and Polly, McClelland and Jamieson still seem to reach out to us.

If you’re particularly sensitive to privacy and tech concerns, Girl in the Machine is preaching to your choir. But then, if this is your wheelhouse, you’ve probably seen this story before. If you’re looking for a new take, this isn’t it. Still, it’s a short, punchy play with strong performances, and it’s asking audiences to be thoughtful about their consumption, their gadgets, and their choices. It’s not a bad message to hear all over again.