How to Rule the World review 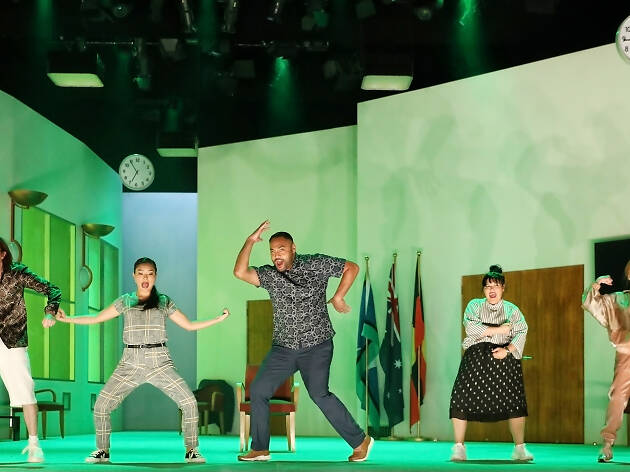 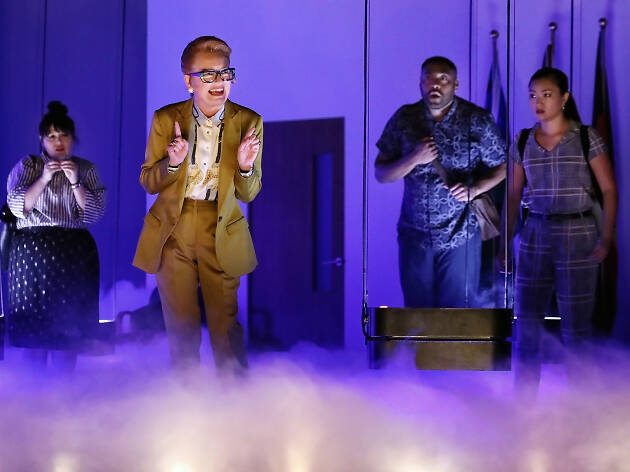 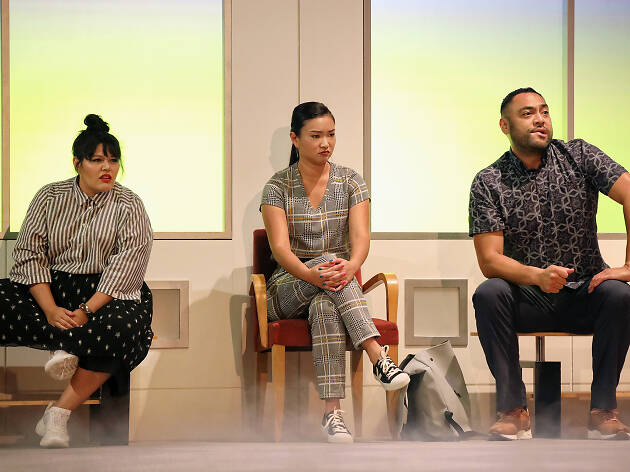 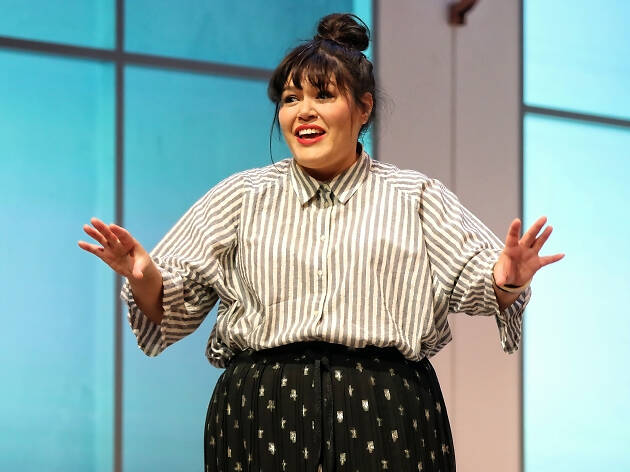 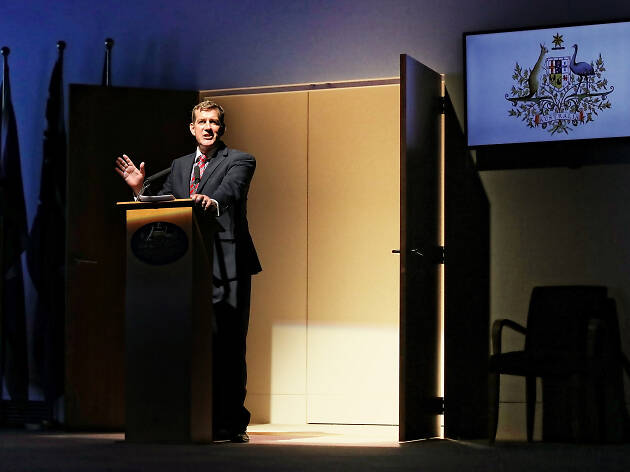 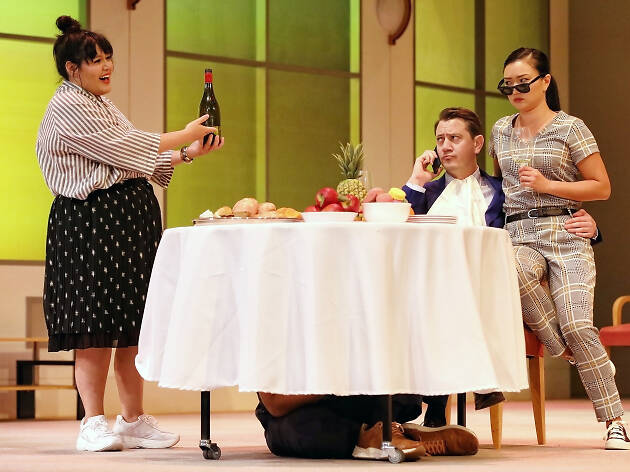 Three Canberra insiders – Vic (played by Lui herself), Zaza (Michelle Lim Davidson) and Chris (Anthony Taufa) – are frustrated that despite their immense skills and education none has the political clout they need to change the country for the better. The reason for their struggle is simple: Vic is Aboriginal, Zaza is Korean and Chris is Tongan.

They have to stand by watching mediocre white man after mediocre white man rise to positions of power. And now the Sovereign Territory Bill – a dangerous political tool designed to placate the far right and entrench white supremacy through talk of Australian “values” – is before parliament.

One night at a Canberra nightclub, fuelled by an effective amount of cocaine, they hatch a plan to beat those mediocre white men at their own game. They find their own mediocre white man, turn him into a political puppet, and direct him all the way the senate.

The laughs come thick and fast for all of the first act, particularly when the trio are transforming their puppet (played to absolute comedic perfection in jelly sandals by Hamish Michael) into the perfect white man. Seeing this group of young people of colour construct an image of whiteness from their own perspective is very funny, and a subversive act in and of itself. There’s even a musical number (thanks to Paul Mac and Steve Francis) that turns into a makeover montage.

Parliament is a place where two things are crafted: laws and accepted truths. By sitting outside of that political system, in the make-believe world of theatre, Lui dismantles those truths at every step. She's got an ear for empty and dangerous political rhetoric, and has written some brilliant, uncomfortably familiar, deliberately vague and heartstring-tugging speeches for the pollies.

It’s a shame that, given the delightful set-up in the first act, the second doesn’t quite live up to the expectations you might have returning from interval. It isn’t disastrous, and it’s still got a decent amount of laughs as our trio of unlikely heroes have to deal with the consequences of their actions, and the conversations around race, colonisation and the difficulties inherent in progressive politics become more complex. It’s just a little bit muddled with threads struggling to come together and a few inconsistencies in character arcs. It’s unclear as to why different members of the key trio change their minds on certain political points and abandon a core principle so easily. An ongoing joke about rich white men and poo-joggers doesn’t quite land because one of the character’s objectives, and fascination with the poo-jogging legend, is a little bit fuzzy.

But Paige Rattray’s production is a technical marvel – designer Marg Horwell and lighting designer Emma Valente theatrically transform a Parliament House hallway into all sorts of locations – and blessed with wonderful performances across the board. Lui, Davidson and Taufa are all compelling in their own right, drawing sharply funny characters, but there’s a real sense of companionship between the trio. You genuinely believe that they have history as a group of friends. Gareth Davies and Vanessa Downing both prove themselves to be perfect chameleons as the various players in Canberra’s political circles, while Rhys Muldoon is totally believable as the hyper-masculine, ultra-competitive prime minister.

We’ve said it before: Lui is the most important Australian theatrical voice of her generation. All of her work is hugely ambitious; she’s always trying to smash open conversations, break down silences and challenge our accepted beliefs, whatever medium or genre she’s using. And it’s not just that she uses those mediums or genres – she actively stretches and tests their limits and questions their whiteness, as she did with fluffy family Christmas movies and rom-coms in Black is the New White and superhero narratives in Blackie Blackie Brown.

In this instance, an ambitious political satire doesn’t quite land with the full force you’d hope. Yes, Lui has laser-like precision in hitting her satirical targets, allowing her to score political point after political point. But if she, and the rest of the creative team, had an extra week of previews to iron out some narrative kinks and edit that second act, it’s easy to imagine the play would be an unqualified triumph. It’s so tantalisingly, frustratingly close.