I'm With Her review

Theatre
2 out of 5 stars 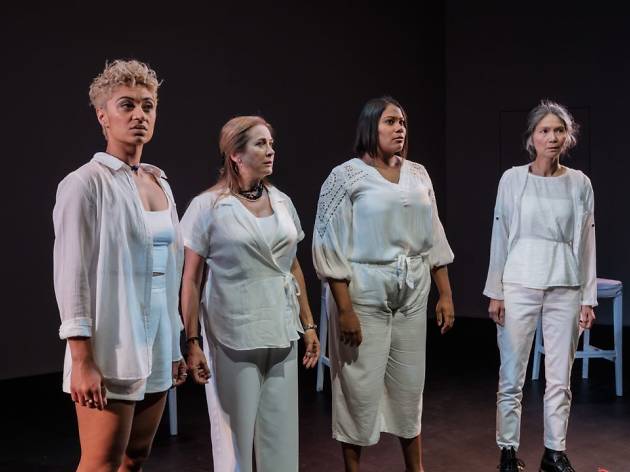 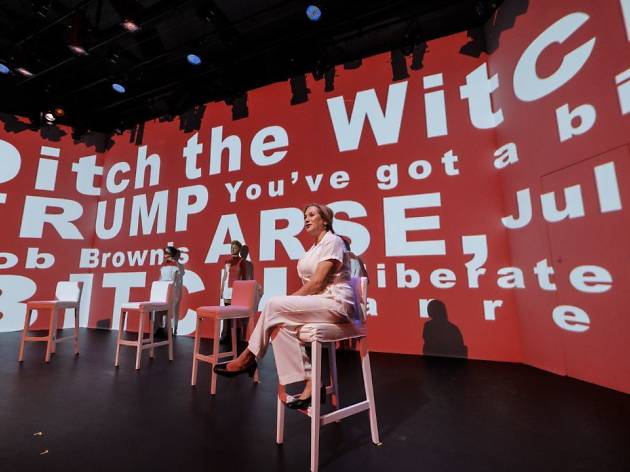 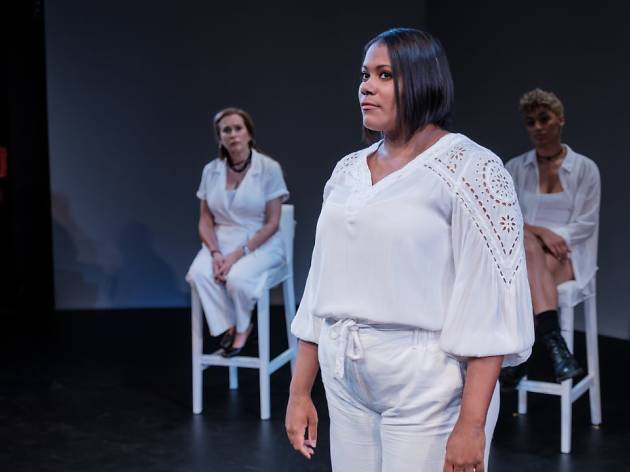 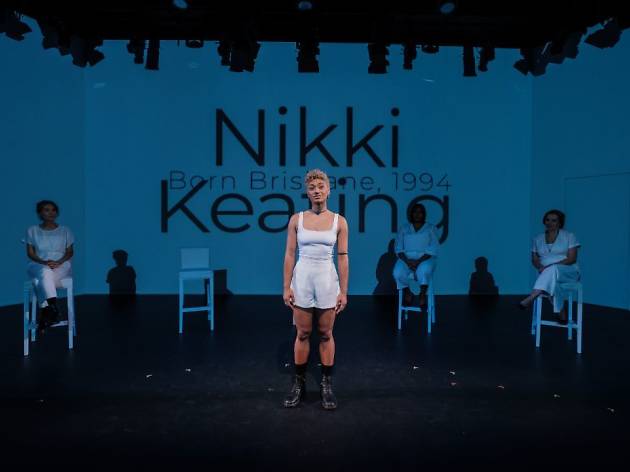 If you were trying to make a play that appealed to the current moment – if you took feminist issues of the mid-2010s, chucked them in a blender and optimised the results for better SEO – you’d probably end up with I’m With Her, Darlinghurst Theatre Co’s first commissioned play by Victoria Midwinter Pitt.

If you’re thinking the title sounds familiar, you’d be right – it was a campaign slogan for Hilary Clinton’s 2016 bid for the US presidency. But this play isn’t about Hilary or 2016. It is, however, the kind of play that would proudly call itself a #MeToo work, in honour of Tarana Burke’s movement which was popularised (or you could say co-opted) in 2017, when allegations of sexual assault were made against Harvey Weinstein. I’m With Her isn’t about those stories, but it’s about a certain type of women’s anger, survival and resistance.

The work consists of a series of verbatim monologues drawn from Australian women who have some kind of fame and recognition, often for pushing women forward; you could consider them all to sit at the top of their fields. Their stories are occasionally funny and sometimes moving. There’s bartender and anti-sexual violence activist Nikki Keating and champion athlete Erin Phillips (Emily Havea), sex worker rights activist Julie Bates and environmental scientist Marion Blackwell (Lynette Curran), Catholic nun Patricia Madigan (Gabrielle Chan), world champion surfer Pam Burridge and foundation chair of Australian Indigenous Studies Marcia Langton (Shakira Clanton), and former prime minister Julia Gillard and Labor member Anne Aly (Deborah Galanos). It must be made clear that these individual stories, shared with generosity by the subjects, warrant respect, empathy and admiration. These are extraordinary women who have achieved extraordinary things.

But as a piece of theatre, I’m With Her is messy and ineffectual. It’s poorly structured and constructed; the monologues, when stacked up, don’t build to compelling or consistent narrative. The play can’t seem to decide if the women exist onstage in a shared universe or community – some of the actors appear to witness and respond to the others onstage, while others do not – and the transitional scenes, which are largely comic but often only funny because you’ve heard it all before, hang awkwardly between the real meat of the work. This a faithful retelling of testimony, which treats the women who provided the stories well, but there’s little defined conflict and little reflection.

Pitt’s direction focuses, for the most part, on the women’s stories. That’s a good instinct, but it seems to accept these stories in a relative vacuum. There’s no interplay between the women, whose different experiences could illustrate the intersectionality they speak to as being important – instead, they only interject to remind us of themes they brought up in their own monologues.

There’s little space left for voices not heard onstage, and much of the comedy interstitials rely on a certain biological essentialism to soar (if you’re a woman who doesn’t menstruate or have breasts, you may not get the same catharsis as other women in the audience, which feels like a misstep).

Listening to women’s experiences is important for us to grow as a society, but women’s stories aren’t a monolith, and many of these follow a similar template. And the production is full of sameness, down to the awkward silences between scenes and the projections that jar you out of the moment.

The second act kicks off with the play’s only genuinely funny comic interstitial. Chan plays a theatre critic who is resentful of seeing another carousel of women’s trauma onstage; she’s talking on the phone to her friend, who had staunchly refused to attend a play that was seemingly only preaching to the already-converted – to white, middle-aged women in pussy hats. Chan’s critic agrees with the scathing assessment, but says she’s still going to give the play five stars, because it’s really important.

I will not. I’m With Her would be more important if it were more robust: if it held up to close narrative inspection, if it created new meaning from the sum of its parts, if it understood its own momentum, or if it considered the limits of pussy hats, hashtags, slogans and personal success in making social change. Despite its clear, invigorated best of intentions – and despite the vulnerable, vital contributions from famous women and the actors onstage, who are all excellent – I’m With Her feels more like a marketing exercise, or a series of TED Talks, than a play about feminist politics.