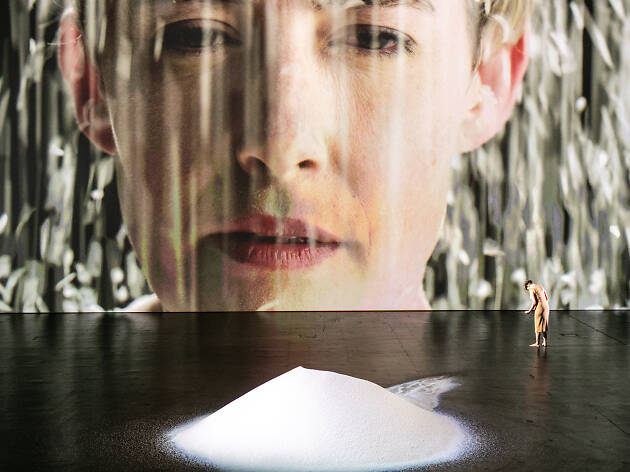 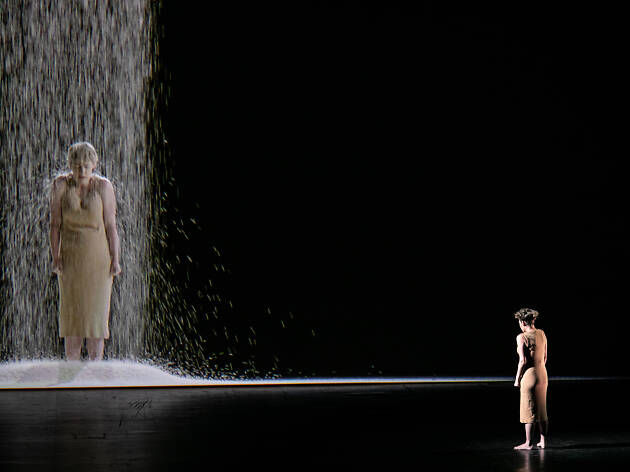 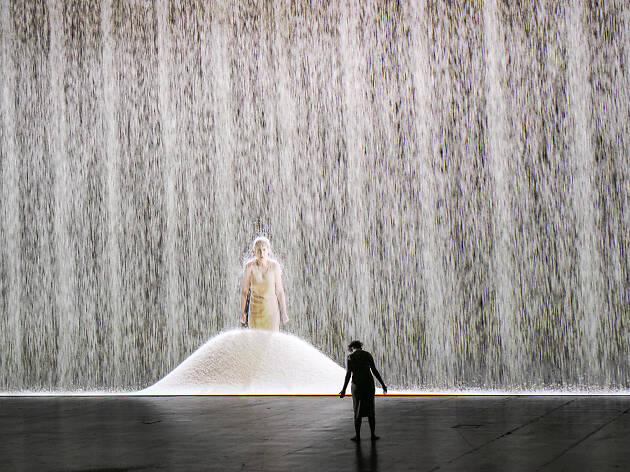 French philosopher, activist and trade unionist Simone Weil was hardcore. She contracted tuberculosis at the age of 34, due in part to the punishing work she was undertaking. But instead of taking her doctor’s advice to eat well and rest, Weil, living in England at the time, refused to eat any more than her fellow French living under Nazi rule. This show of solidarity led to her starvation and cost Weil her life in August 1943. It wasn’t until after her death that her writing became widely known and celebrated.

Hers might seem an unlikely story for dramatisation, which is why Finnish composer Kaija Saariaho’s 2006 musical response to Weil’s life and work is considered an oratorio rather than an opera. It’s a passion play, of sorts, dividing itself into 15 “stations”. This Australian premiere is by Sydney Chamber Opera – a champion for the cutting edge in contemporary opera – as part of Sydney Festival.

Their staging, directed by Imara Savage, doesn’t draw its inspiration from opera or traditional concerts. Instead, it could be best described as an art installation, which you watch slowly evolve as the score plays.

A giant screen fills the back of the stage and for the first half of the 75-minute work shows a continuous shot of soprano Jane Sheldon standing underneath a torrential downpour of rice. Slowly, a mound of the rice starts to build up and take shape around her, as she is forced to endure the constant battering. It’s a thrilling, mesmerising image – and the potential metaphors are pretty clear.

Onstage, Sheldon stands to the side, back to the audience, watching herself on screen. From this position, rooted to the ground, she delivers her entire performance, singing as Weil, as a narrator and as Weil’s fictional sister. She’s occasionally supported by four singers, but this is largely a solo work. Even though we can’t see her face as she sings (although we get a decent sense of the character’s trauma from her onscreen expressions) her body and voice convey the necessary depth of emotion and suffering, particular as Weil reaches the end of her life. It's an extraordinary vocal performance, in terms of both storytelling and technique – she has a bright and full-bodied upper register that she uses generously over the course of the piece.

Saariaho’s score could be as challenging for some audience members as it is for the musicians. But it’s extraordinarily rich and rewarding; sensual, strident and stinging. While the text, by Amin Maalouf, has been criticised for its lack of dramatic drive, the same can’t be said of the music, and it’s handled beautifully by 19 musicians under conductor Jack Symonds. They draw an emotional throughline so clear that every unexpected melodic or dynamic turn feels comfortable and logical.

That’s not to say that this is a work that will be for most operagoers – it requires a thirst for musical adventure and a patience with the slowly evolving imagery. Some might find it a bit of a trial, but it’s nothing compared to what Weil went through.