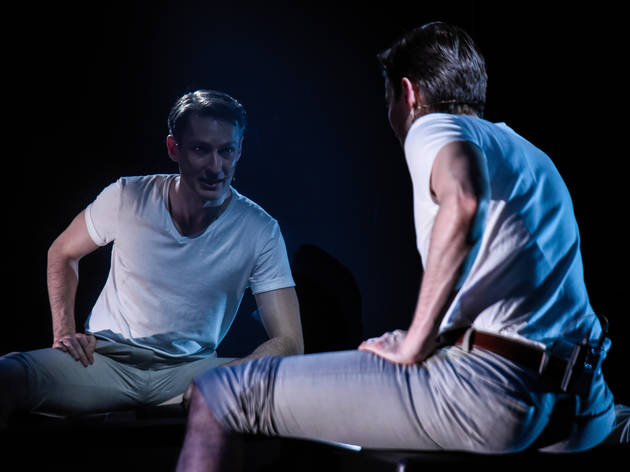 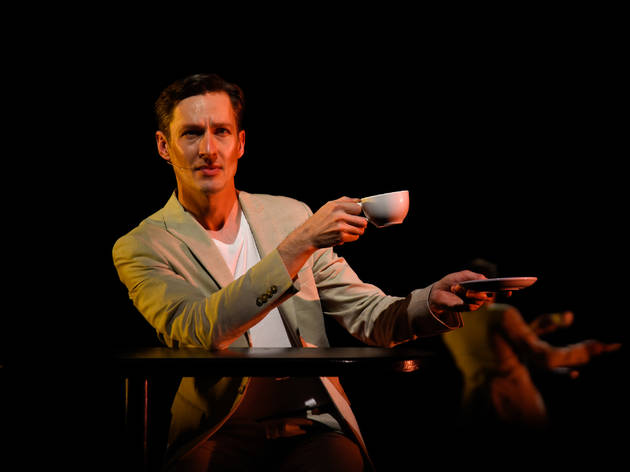 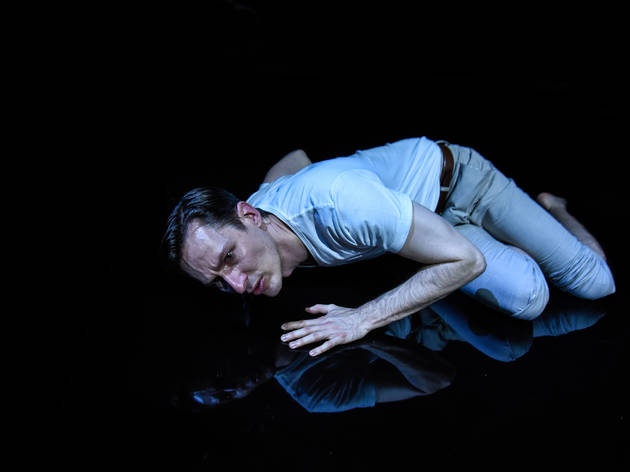 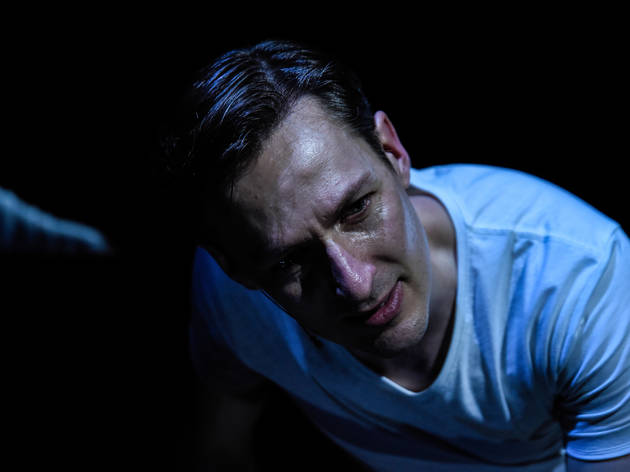 A man stands alone on stage, his arms raised (Christ-like). He starts talking to us, in a tone that’s confessional – but more: conspiratorial. He’s filming a scene in a lake, for a low-budget independent feature – he’s standing in the water. He’s a body double for the film’s star, Kane.

The film looks like it will be Kane’s “cross-over” role, our narrator tells us – his “potential McConaughey moment” – and therefore also his crossover role as a body double. No longer just the star/body-double of action films Suitcase Bomb, Taxidermist, Path of the Willing et al, they will be arthouse-certified. “Awards material.”

The film, called ‘Lake Disappointment’, is about a man who arrives in a town on a lake, but can’t find the lake. At the climax he finally finds it and, seeing his reflection in its surface, discovers his real self.

Co-written by playwright Lachlan Philpott (M Rock; Silent Disco) and actor/writer/director Luke Mullins (The Glass Menagerie), Lake Disappointment (the play) is an elaborate assemblage of reflections and surfaces that constantly asks you to think about the construction of narrative and identity and ‘art’.

Physically, Kane and his body double (our narrator through this one-man play, but never given a name) are almost mirror images, and their careers have been tied together – rising as one, in parallel universes of fame (there are body-double conferences and awards, he tells us). The structure of the play and the film are in key ways reflections. Within the play, incidents mirror the film. And there are actual mirrors on stage.

But there’s more to Lake Disappointment than merely an aesthetic, or an examination of artifice. Mullins takes us inside mind of a person who has created himself by collage; he is a simulacra of Kane, created in bit pieces: abs, arms, hands, hair… It’s a necessary part of a job in which he is required to only perform once piece of Kane at a time: an aerial shot from above; a close-up shot of hands; a bridging shot from behind.

What does it do to a person to live this way: a career, a life and an identity tied to another person – who at the end of the day, is neither a lover nor a friend? What happens if that actor dies? What happens if you experience a disfigurement, or are otherwise unable to achieve parity with their physicality? All this is raised in the play.

But Lake Disappointment seems to be about something deeper still: our protagonist – as performed by Mullins, and as written in the text of his character’s adoring and homoerotic tributes to Kane – seems to be a queer man in a straight-man’s world, forced to perform heteronormativity ad nauseum. On one level, this is a play about (to borrow a phrase from one of this week’s most moving pieces of writing) the structural violence experienced by non-straight-white-men/women in the film and theatre industries – and beyond.

“I used to make celebrity collages,” says our protagonist. “Mix up the body parts. Start with John Stamos’ head and give him Christian Slater’s ears, and Rob Lowe’s chest with Corey Haim’s legs. I was always really good with scissors.”

As with much of the play, this is hilariously funny – until it’s absolutely tragic.

Mullins (who is somewhat rare among actors for being publicly ‘out’) performs with precision and a level of detail that is amplified by high beam lighting and a pared-back set-design that draws focus straight to his expressive face. It’s hard to imagine anyone else performing this role – and it’s really his show, as he draws us into this dark, twisted Lynchian universe. Kane is a character we laugh at – his vanity, his self-delusion. He’s also a character many will identify with, striving for inclusion in a world that’s not built to include him. Our laughter makes his tragedy the greater.

But Lake Disappointment is not just a performance or a character – it’s a seriously smart, rigorously planned piece of writing and theatre, top to bottom.