Lord of the Flies review 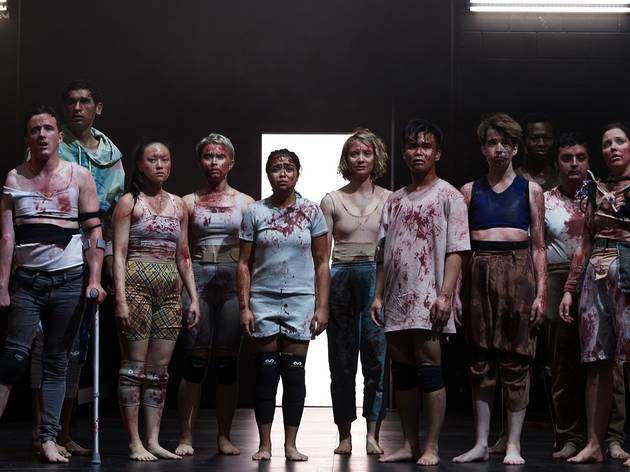 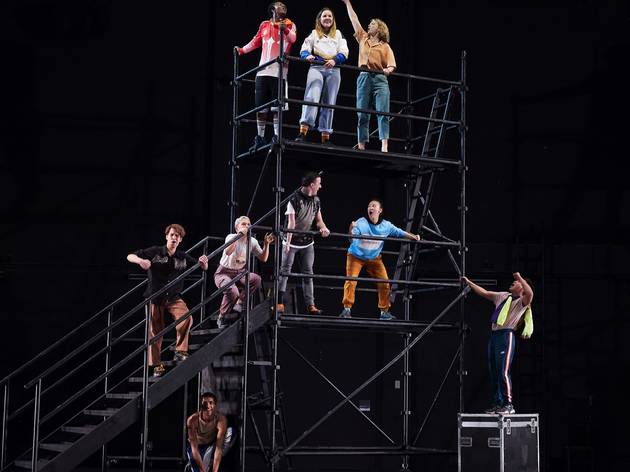 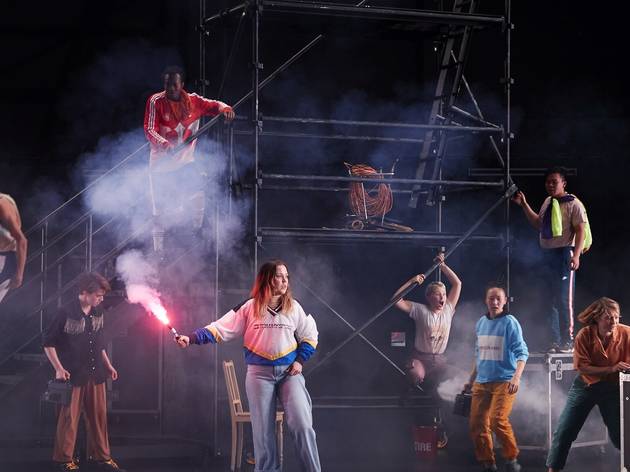 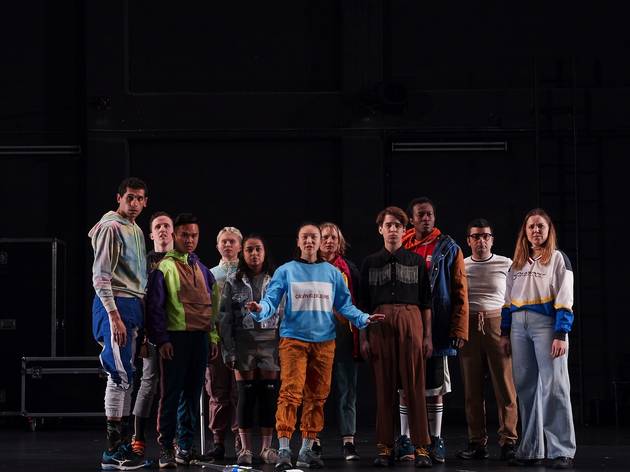 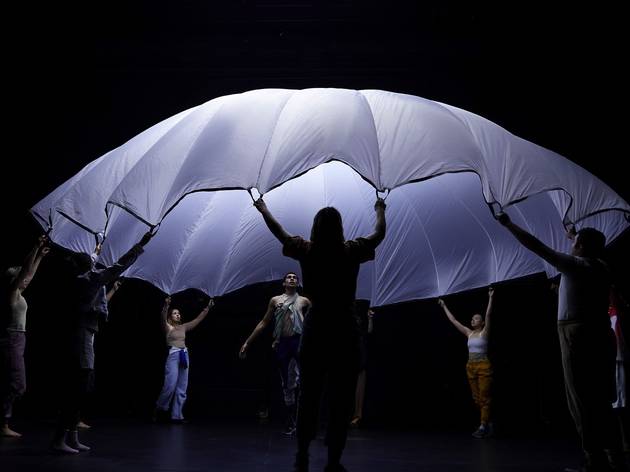 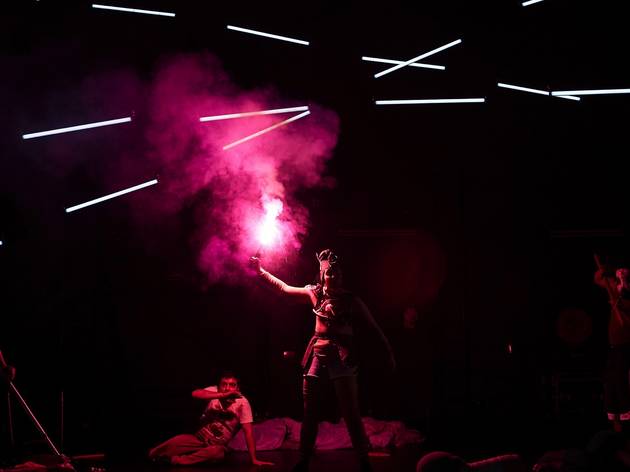 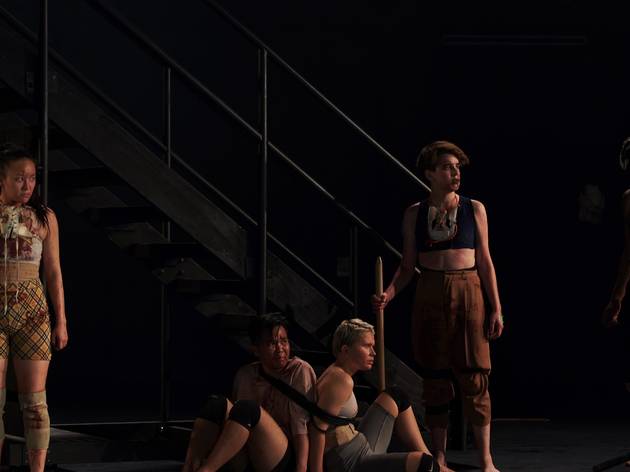 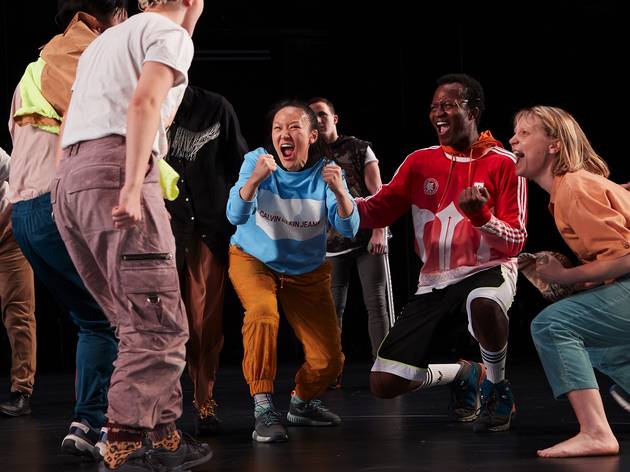 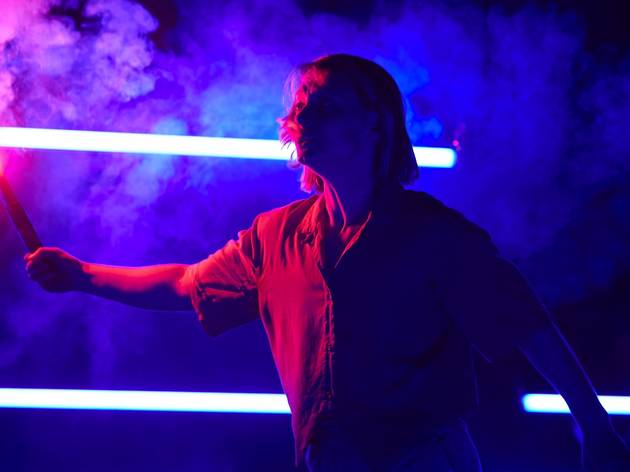 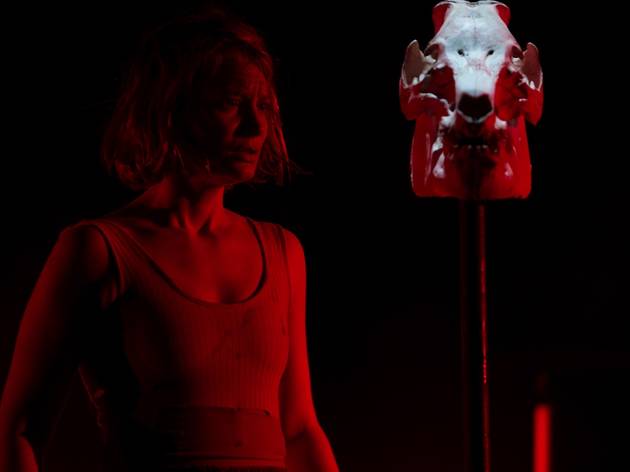 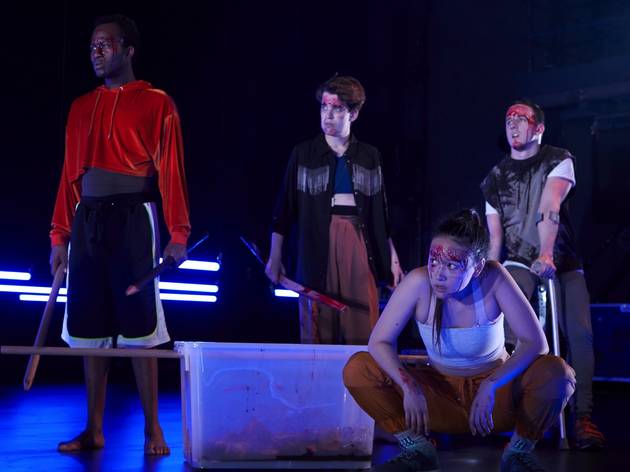 You might know this one: during an undefined wartime, a plane carrying evacuated schoolboys crashes onto an island. There are no adults left standing. The surviving children, mostly boisterous and bold, set about forming their own society. Unchecked, that society quickly devolves into something brutal. The quieter, gentler boys should beware.

The story, of course, is Lord of the Flies. It began life as William Golding’s 1954 novel, on school reading lists near constantly; it was adapted into the 1963 Peter Brook film; and it was parodied, of course, in an episode of The Simpsons called ‘Das Bus’. Even if you don’t know the book, you’re probably familiar with the ideas it represents: the tension between human civilisation and animal instinct. Adapted for the stage by Nigel Williams in 1996, that script is now being directed by Sydney Theatre Company artistic director Kip Williams. It’s a blunt instrument of a play that could set your heart racing.

The biggest, brightest light in Williams’ production is the cast. It’s been assembled in a way that all shows should be: it’s openly diverse across intersections of gender, race and ability. There are no white, cisgender, able-bodied men in sight and that’s intentional. It’s exciting to see a show at the Roslyn Packer Theatre that’s bursting with young actors making their Sydney Theatre Company debut, and the company is packed with some of our best emerging artists: Joseph Althouse, Justin Amankwah, Nyx Calder, Yerin Ha, Daniel Monks, Mark Paguio, Rahel Romahn, Eliza Scanlan, Contessa Treffone and Nikita Waldron. Despite the star power of Mia Wasikowska (Alice in Wonderland, Judy and Punch, In Treatment) rounding out the cast, this doesn’t feel like a stunty local-hero-made-good vehicle; there’s a rigorous element of theatre-making at the heart of the show, the love of the art.

Williams and set designer Elizabeth Gadsby construct the world of the play through a bare stage; STC-branded storage trunks and unadorned scaffolding stand in for various set pieces. This is a world of imagination for the stranded boys, so we’re asked to use our own to construct the island around them. The lighting bank becomes an integral part of the stage design (the lighting design is by Alexander Berlage), and works alongside James Brown’s composition and sound to build essential warning signs of increased tension.

Despite all of this, though, there are aspects of the production that ring hollow. Williams, in his director’s notes, explains that he sees this production as a vehicle to explore toxic masculinity; that by casting across gender lines (the two strongest willed boys, Ralph and Jack, are played by Wasikowska and Contessa Treffone respectively) the intent is to double down on the idea of performing gender – the notion that boys ape violent behaviours they have learned from the world. But it still feels a bit straightforward and safe. That’s likely because of the script: Nigel Williams’ adaptation is over 20 years old and mostly interested in bringing the page to the stage. It doesn’t leave much room for emotional exploration, or much time for new ideas to be uncovered. The end result is less an examination of gender than a straightforward rendering of the well-known story by a refreshing new generation. The company of actors is a fine one, and they barrel toward the bloody end with commitment and gusto.

Plus, when this production finds its grace notes, it sticks the landing: Alex Berlage’s lights are creepy and beautiful – sometimes at the same time – and give us a bone-deep sense of foreboding; slowly, they overtake the stage as we move beyond safe beginnings and into something previously unimaginable. It heightens the play into something arresting. Wasikowska and the irresistible Treffone butt heads fearlessly as warring leaders of the assembled boys, While the play might feel safe, the company aren’t giving safe performances: they are a roar and a wail, tireless and compelling.