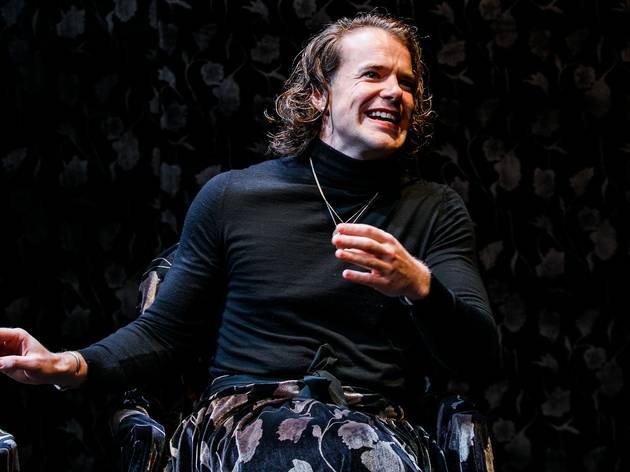 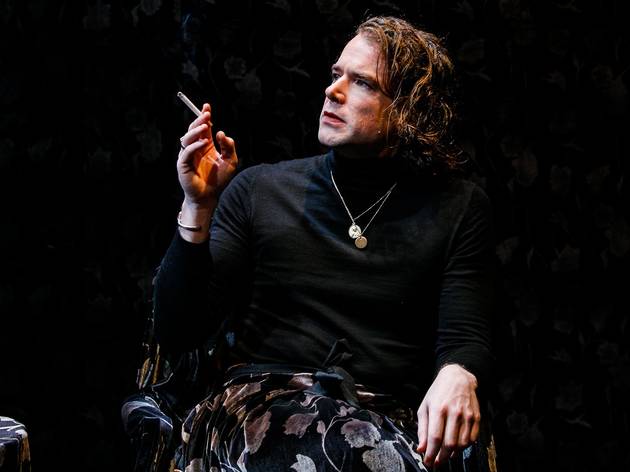 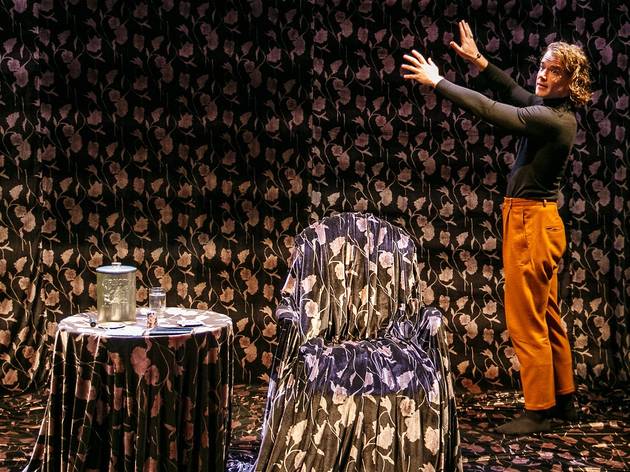 A intimate celebration of matriarchal power, this is one swan-song you won't want to miss

“Age cannot wither her, nor custom stale her infinite variety,” goes the Shakespeare line about Cleopatra, and it’s a timely reminder that ageism and putting older women into narrow boxes is not on. Ever.

With that in mind, performer Jonny Hawkins delivers Maureen: Harbinger of Death, co-conceived and directed by Nell Ranney. In this minimalistic one-person show, Hawkins transforms into the titular Maureen, a self-described ‘working class glamour queen’ inspired by the performer’s late friend, with a cobbled web of tidbits borrowed from other influential and ferocious women.

A simple set hung with a luxe draping of velvet (designed by Isabel Hudson) stands in for Maureen’s dusty Kings Cross apartment, where she smokes cigarettes, taunts her stagehand and shares tales from her life and her little black book of the dearly departed. The lighting and sound design, by Nick Schlieper and Steve Toulmin respectively, provides gentle transitions and tone that separates Maureen’s waking life from a torrid dream world.

Hawkins is utterly bewitching as Maureen. Anyone partial to a boogie amongst Sydney’s queer party scene may recognise Hawkins as one half of DJ duo the Dollar Bin Darlings, but here the outlandishness is pared back for a contemplative performance of a woman in her eighties. The portrayal is clearly loving, and doesn’t hold back where you’d bet Maureen wouldn’t either. The character is imbued with that delightfully wicked ‘no fucks given’ attitude that one often finds in people who’ve reached a certain vintage. But above all, she believes in kindness over politeness – and you’ll leave with this message close to your chest, along with a trinket trove of one-liners and excellent advice from a gal who has seen and done everything.

The play gets some small updates for Sydney Festival 2021, delivered with a wink. Maureen exclaims at the number of visitors (audience goers) who have shown up to “her apartment”, remarking that she hopes no one will call the cops.

I left excited by the prospect of maturing into an eccentric old lady, and holding the memory of my grandmother a little more tenderly. This is a moving tribute to a remarkable person, a true matriarch of the Cross, and to the older women who are often made invisible (especially those who have not married or had children), to those who refuse to not be seen. Maureen says that when you don’t like the way a story is told, you should “root around and find another way to tell it”. She also notes that while she is an honest person, she is not necessarily factual. It seems that this show that she inspired was made with a couple of her best attributes, and it's absolutely fitting.

Maureen: Harbinger of Death runs at the Seymour Centre until January 23.

Love it? Here's our guide to the best of the rest of this year's Sydney Festival.