Meet the women staging the future of Sydney's theatre scene

As we slowly emerge into a new world, these creative sparks are relighting our stages

It is a time of great upheaval for theatres across the nation, with stages gone dark and limitations on audience size in place as curtains are poised to rise once more. But a flourish of inspired appointments across Sydney’s theatrical institutions in recent weeks has sparked the city’s cultural conversation.

We spoke to four women preparing some of the city's most exciting stages for the new world ahead.

This article is supported by the Judith Neilson Institute for Journalism and Ideas.

The creators chancing to dream big in a brave new world 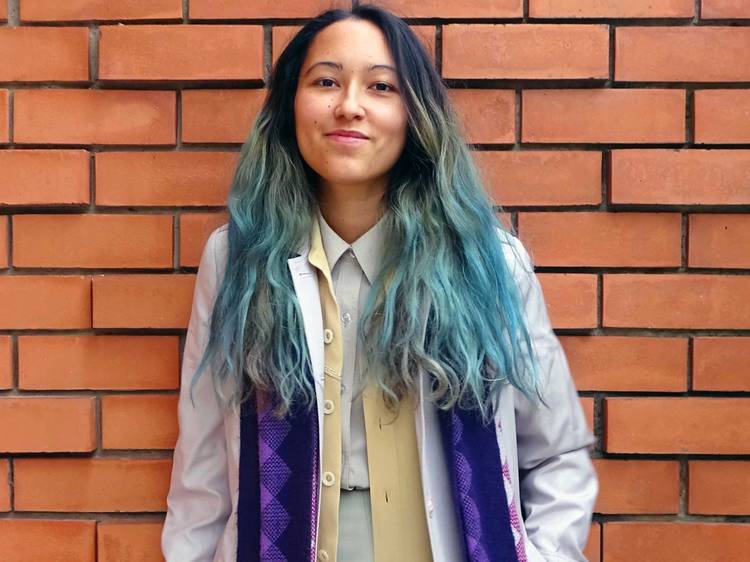 Announcing the appointment, STC’s artistic director Kip Williams noted: “In this time of uncertainty, it is so important to look to the future of our art form and support the next generation of theatre makers.”

King agrees. “The fact they are still awarding the fellowship this year, and that I was chosen, is incredibly humbling and feels all the more invaluable to me,” she says. “I know so many people in our industry right now who are experiencing just an incredible amount of uncertainty and instability. So to get this, it’s actually a real, creative lifeline for me.”

Given the vagaries of the creative industries in general, on top of the current instability, the ability to focus squarely on playwrighting is remarkable. “With the financial buffer of the fellowship, I don’t have to worry as much about taking piecemeal work in order to just subsist. I can focus on getting back to playwriting, which is something that I’ve been doing less and less of in this weird moment.”

The support of institutions like STC has huge ramifications for the industry as a whole, King argues. “It’s not only responsible for producing some of the most astonishing productions of the past decade, but is also a pipeline, and that pipeline allows the theatre industry to keep subsisting and circulating. If that pipeline suddenly stops, the industry stops, and they have the foresight to know that they have to keep their development programmes running.”

It’s not just about producing shows, she says. It’s also about developing artists who go on to produce those shows. And crisis can be the mother of invention.

“For a long time, as an industry we were quite defensive about digitisation and the possibility of doing things remotely. Because it seemed like our artform was so contingent on live and being in a space together, that if you take that element away, it seems to somehow threaten or pollute it. But actually, I think out of necessity theatre companies have started to realise that it can be a really useful tool for audience outreach and engagement, and it actually will get people through the door.”

Digital forays have brought the global theatre community closer together, she suggests. “Theatre industries all around the world are going through the same issue right now, which means that they can collaborate and share resources about how to do things online, which has been heartening to see. I hope that that sense of global community, that we can be far apart but find ways to stay connected, continues after this.”

King’s priority, as the new fellow, is to amplify writers of colour. “I’ve been given this immense privilege in a time of immense insecurity for a lot of people. So I’m using it to get new voices through the door and develop younger writers developing stories that are under-told or historically erased, so that we come out of this with a more inclusive, equitable and diverse Australian theatre landscape. Now’s the time to do it, because we have so much time to develop and discover new work while we’re not staging it.” 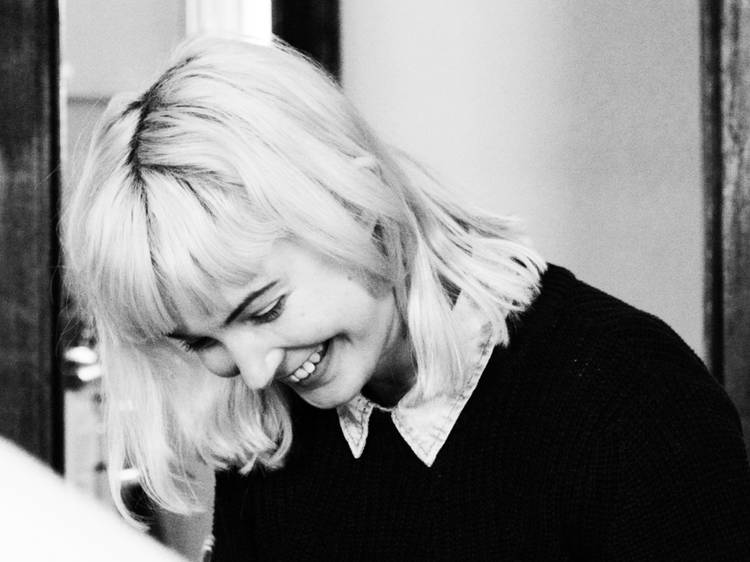 Like King, she says the invaluable support of STC is a lifeline in trying times. “It’s hard to tell, when you’re writing, whether your interests will be engaging to others, so this is great validation,” she says. “The money is really important, too. Everything I was working on was cancelled or postponed, so this means I can relax a little and feel reassured about the importance of continuing creative work.”

It buys her time to ride out this storm. “I’m full of admiration for those who have been able to create during this stressful and uncertain time, but I am not one of them," Warner says. “When I do start writing again, I think it will be different. I mostly write about the future, so the spectre of pandemic will definitely feed into what my vision of the future becomes.”

She hopes that future is a good deal brighter for the sector. “The government has stripped arts funding to all but a bare minimum and has devalued the arts to the point of removing the word from its portfolios.

“If this industry could subsist on talent and resilience we could do anything, but sadly that’s not how it works. Companies like STC and philanthropic organisations do amazing things for artists, but it will not be enough without significant and sustained investment from government.” 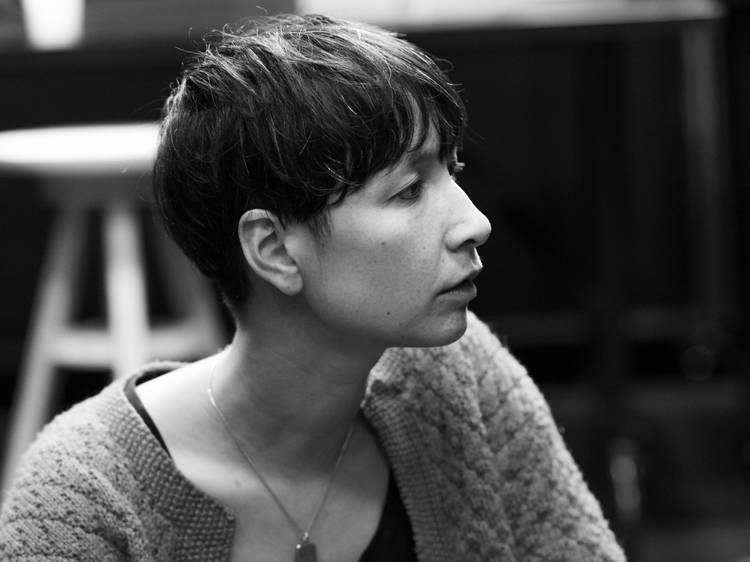 It’s one thing that the titan of Sydney’s theatre scene has flexed its considerable artistic muscle supporting rising stars. But at the other end of the scale, the tiny Griffin Theatre Company has always punched well above its weight.

The theatre company has added to this month’s round of good news, announcing the appointment of independent theatre-maker Tessa Leong as associate artistic director, joining Declan Greene.

Leong’s honoured to be the inaugural recipient of the new three-year position, supported by the philanthropic Griffin Women’s Initiative. “It’s been funded by a group of amazing women who have seen a shortfall of senior women artistic directors across the country, and they’ve been working to make this happen.”

She has grand ambitions. “I’ve always been someone who loves to think about what is possible and how it is that the structures of how we got to do what we’re doing could be changed, or how they were put in place. So now feels like a really wonderful time to join the company, because everything is being questioned and that's really inspiring, as an artist, while acknowledging that there’s a huge amount of people who are suffering and struggling, and that we’re in the midst of a global trauma.”

It’s really inspiring, as an artist, to live in a time where people are questioning

Noting that years of relentless funding cuts have left the arts industries in a precarious position, Leong says it can feel like a “crisis within a crisis”. However, she hopes that the sense of “connectivity and collectivity that has grown across this time, out of desperation and desire, continues in a positive way”.

Leong’s time as a Griffin studio artist in 2013 was a game-changer. “I’d done a whole lot of DIY stuff before, but hadn’t seen how people who are actually trained professionally run a company.”

It’s an inspiring place to be. “Griffin’s office, tiny stage and dressing room and the gorgeous foyer feel really connected to where it is, and to its audiences. Its dedication to Australian work is necessary.”

Sending the lift back down is important to Leong. “The careers I admire the most are the ones who provide opportunities for others. Continuing what Griffin are already doing, inviting in new artists and reconnecting with mid-career artists, creating fertile ground for new work and for engaged artists that feel empowered and supported to do what they do best.” 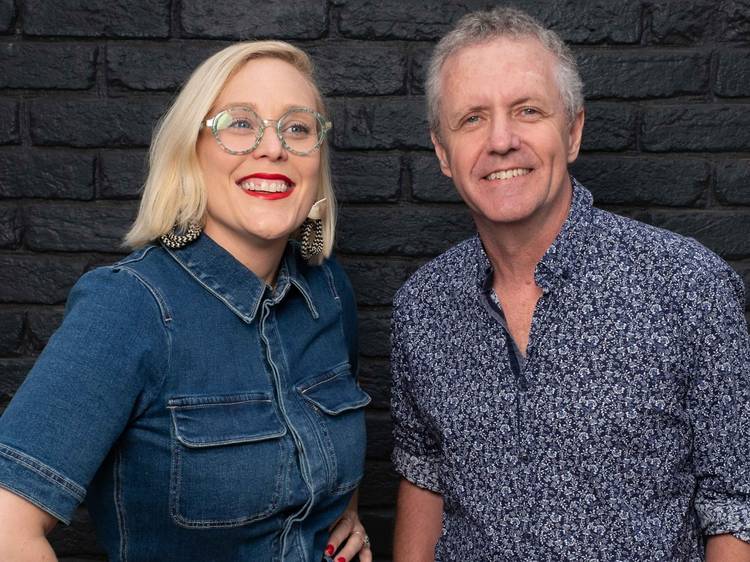 Round the corner at Darlinghurst Theatre, Amylia Harris was elevated to the role of co-artistic director alongside Glenn Terry. An internal move, it was to be announced in March. Temporary closure waylaid that. Terry praised his co-director as a “wonderful collaborator and leader,” and she has been lauded for helping expand the vision of the company.

“Performance and art is only limited by our imagination,” she says. “Theatre, to me, doesn’t have to just be a play. I’m really interested in multidisciplinary work, sharing a story through different mediums.”

The current climate positively encourages doing things differently. “We spend our entire time in theatre being underfunded. We don’t have enough staff, not enough resources. We’re never afforded the time to plan, and planning is such a gift. So really, this is an opportunity. Rather than having a lot of razzmatazz ideas, rolling them out and seeing how they go, this way I can think about them properly, plan them out and select the ones that are really going to work.”

Harris will welcome different faces to Darlinghurst. “There are so many exciting people who exist on the fringe who never quite get to come to a main stage. I want to assist those people to step forward. The Sydney theatre scene is cliquey. It takes a long time to break through, but it doesn’t have to. I’m hoping we can shake things up a little bit.”

One of those shake-ups is on the cusp of happening. Darlinghurst plans to kick-start the re-opening process by hosting intimate, ten-patron Red Carpet Cabaret events in its restaurant. “We know exactly how we can have those ten patrons safely,” Harris says. “Those rules have already been set. I can work with that. And it’s so exciting because I can give Sydney’s exceptional cabaret performers an actual paying job, doing what they love with an audience.”

Change is good, but more so than ever before, Harris believes in the communal nature of theatre. “My perspective, previously, was that storytelling is our primary focus. But I’m shifting gears, because I’m reading a lot of books and watching films on Netflix, but there’s something completely different you don’t get from not from hearing that story in the gathered space.

“So many people are shifting into the digital realm. And don’t get me wrong, it’s fantastic, and it’s going to be our future. But there’s a reason that theatre has existed for thousands of years and will continue to. It’s that real, deep human connection you feel by coming together.”

And in other arts news 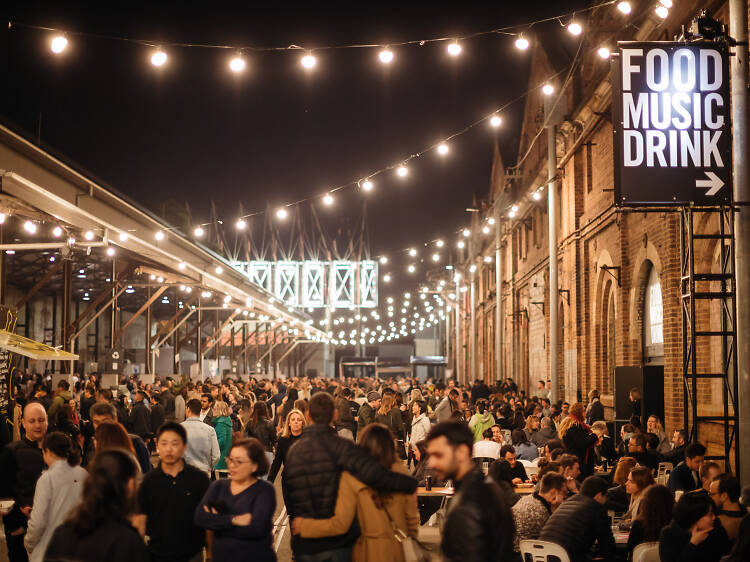 And in other arts news

We asked Carriageworks' tenants what the future holds for them. Here's what they gold us.