Murder on the Wireless review 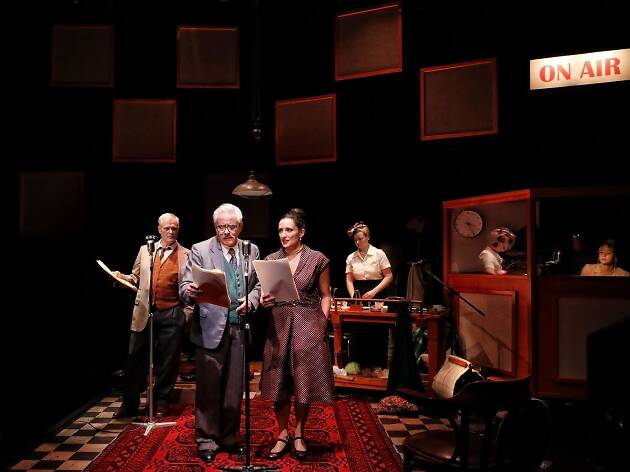 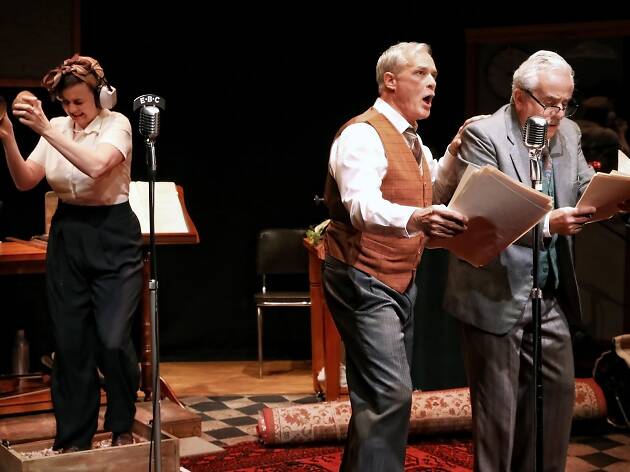 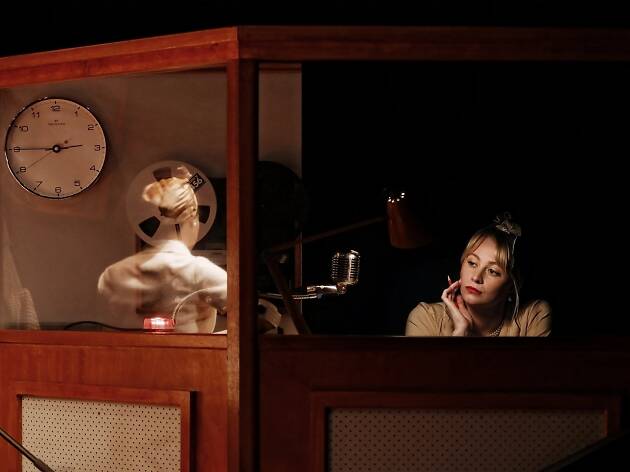 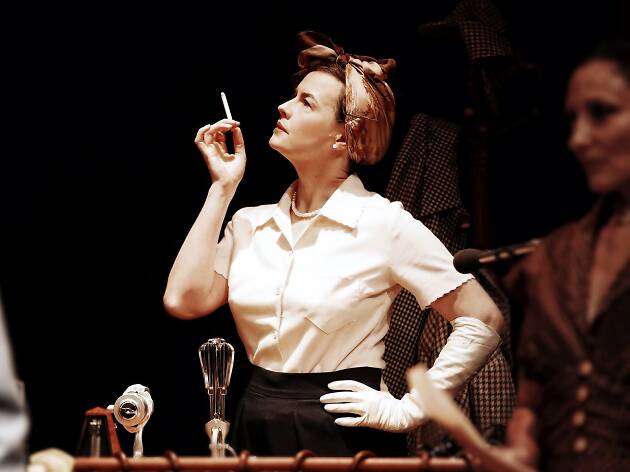 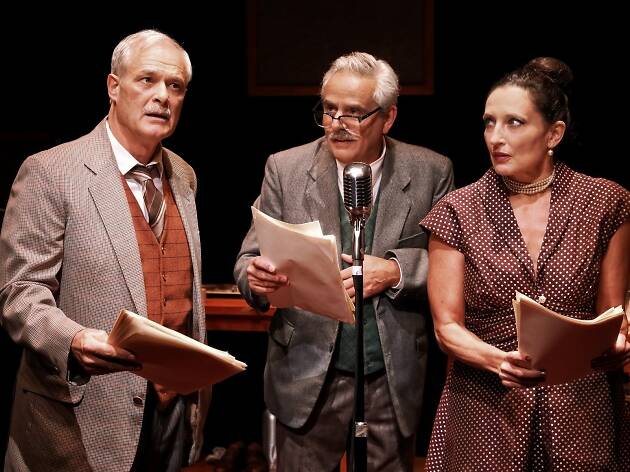 If you’ve ever been on a studio tour, signed up for a backstage experience, or miss the days when the Entertainment Quarter was home to the interactive Fox Studios theme park, then Murder on the Wireless is for you.

The play, now at Ensemble Theatre, is a trip back in time and behind the scenes. It’s 1959 and we are the rare studio audience for the taping of two radio plays live-to-air: The Solitary Cyclist, adapted from an Arthur Conan Doyle Sherlock Holmes joint, and The Dead(ly) Wives Club, an original by Ensemble artistic director Mark Kilmurry, written in period style.

When we begin, the small cast of players (one dropping slugs of vodka from a flask into his water glass) are preparing their vocal instruments for the upcoming broadcast. Kilmurry is one of them (he also directs), Ensemble veteran Daniel Mitchell another (the one with the vodka), and double-Gold Logie winner Georgie Parker completes the trio. Behind them, a foley artist (Katie Fitchett) readies her station.

Foley is the art of ambient sound effects: think rattling thin metal sheets to create thunder, clapping coconuts together to conjure horse hoofs, crinkling cellophane to mimic crackling flames. And it’s the jewel in the crown of Murder on the Wireless. The plays are short and charming and they’re performed with vigour and verve, but it’s near impossible to tear your eyes away from Fitchett’s foley artist. She’s slamming miniature doors, churning whisks to suggest bike wheels, stomping intentionally in a gravelled box for Holmes and Watson while they stand genially and still in front of microphones, and it’s just plain fun.

It’s an impressive effort to juggle and execute each foley trick, which Fitchett does with the ease and aplomb of an expert, but Fitchett is also delivering a rich acting performance from her stations. Watching her pivot from providing the high-pitched affect of a little girl for a scene and then slip back into her guise as a droll, chain-smoking radio wizard is worth the price of admission alone.

She’s backed by, and an integral part of, Daryl Wallis’s sound design, implemented by period-dressed stage manager Stephanie Lindwall, who sits in the recording studio’s control booth on stage, running the show. It’s a smooth operation, and Kilmurry’s no-frills, no-bullshit direction is well-suited to the presentational style of performing radio plays. Genevieve Graham’s costumes are appealingly of the time, and they pop against the radio-studio set (realised by Simon Greer and constructed by Simon Boyd).

The plays themselves are straightforward amusements, the light dramatic fare that requires no real mental heavy lifting from its audience. The Sherlock Holmes murder mystery is clever and knowing in the Ensemble’s for-radio-on-stage adaptation, also by Kilmurry. That these characters and stories have been kept alive in pop culture and are well known in broad strokes mean they’re warmly familiar here, and it’s an enjoyable mystery jaunt.

Kilmurry’s original The Dead(ly) Wives Club leaps off from a fun premise – divorced detectives tackle spy shenanigans – and is appealingly written in the spirit of radio plays, but is a less elegant, suspenseful piece of storytelling. Plus, this is the second play in the night’s double bill, and the surprise and delight of the foley tricks, some of which are repeated, of course, across the two plays, has to carry the plot in its weaker, more convoluted moments, and starts to have diminishing returns.

However, the foley gimmick is still the best and brightest part of the production, and it turns golden age radio and movie magic into a coup de theatre: there’s a genuine, childlike joy in seeing a pair of gloves summon forth the image of a flock of birds, or watching the sound of a scuffle come from, of all things, a head of lettuce. It’s rich, lo-fi entertainment. A pleasure to watch.