Theatre, Circuses
Recommended
3 out of 5 stars 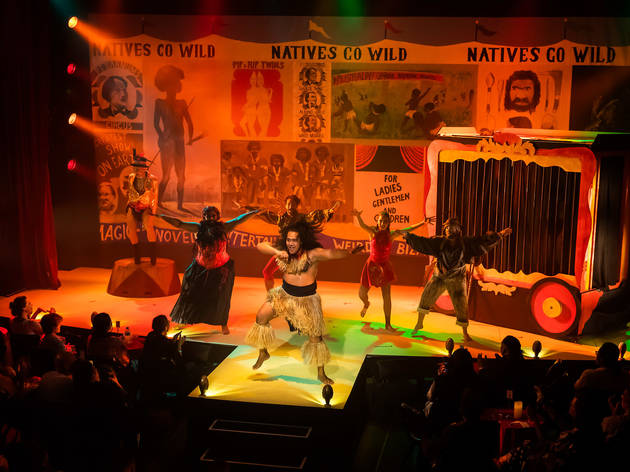 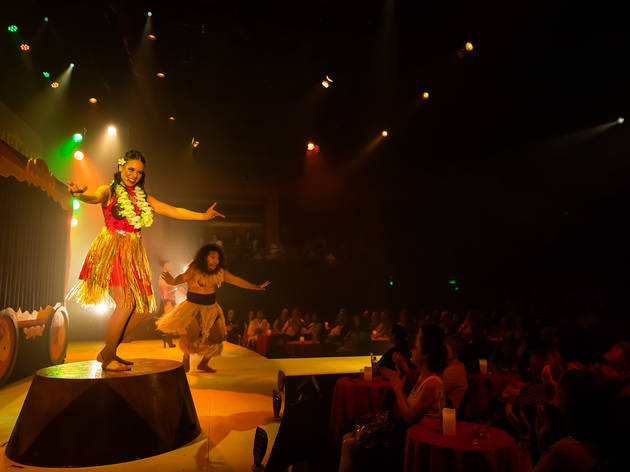 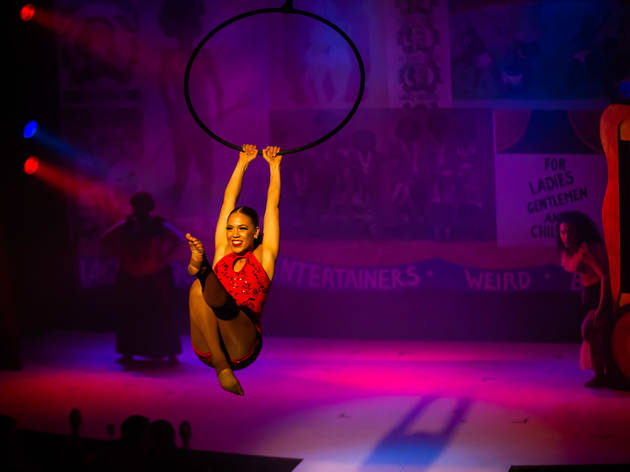 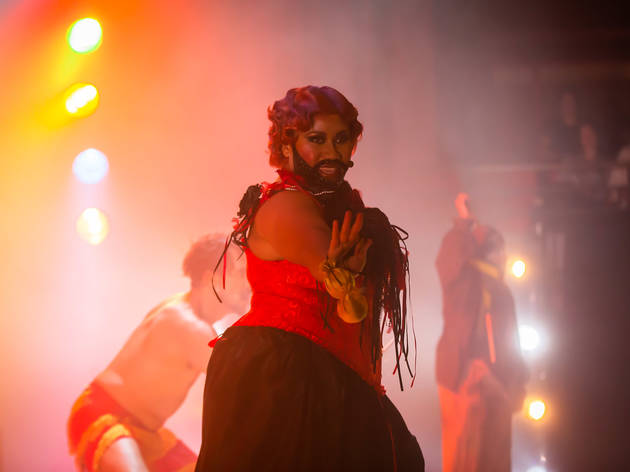 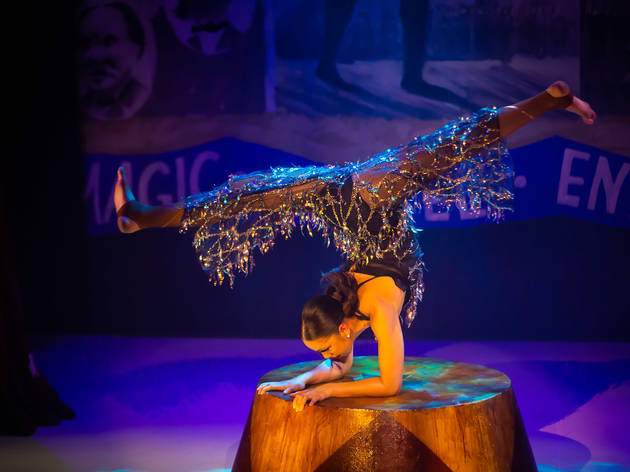 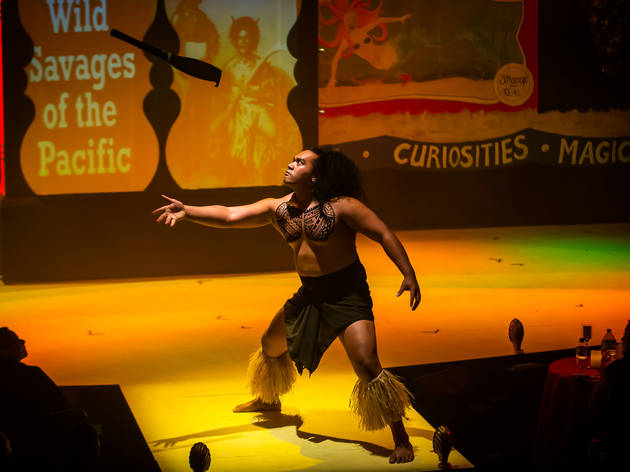 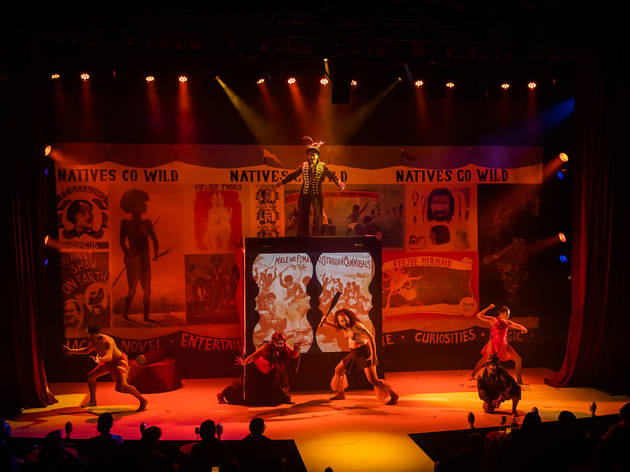 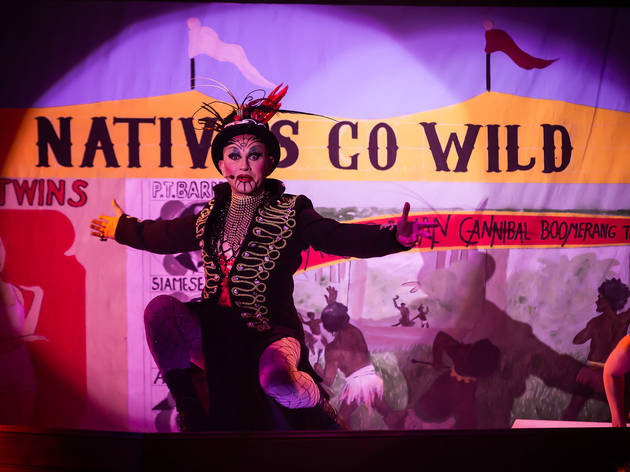 Few people had as big an impact on the evolution of modern circus – or indeed on any form of entertainment – as PT Barnum. The showman and shyster pioneered a kind of spectacle that’s still popular, and he’s been celebrated in pop culture since his death in 1891, most famously in the Broadway musical Barnum and the Hugh Jackman-led movie The Greatest Showman.

But what most accounts of Barnum barely touch on is the dehumanising exploitation at the centre of his business model. The Greatest Showman paints him as a troubled hero of the downtrodden, but Barnum was actually reaping the rewards of colonisation by kidnapping First Nations people from their lands (including Aboriginal people in Australia) and putting them on display in his sideshows, frequently warping their culture and turning them into carnival freaks. Many taken from their homelands became sick while on the road with Barnum and died, and some had their corpses embalmed and displayed as curiosities.

It’s not the sort of history you’d usually hear told in its own sparkly and vibrant cabaret (if you’re to hear it told at all) but this show created by Sydney Opera House’s head of First Nations programming, Rhoda Roberts, is as much a defiant act of truth-telling as it is a raucous night at the circus. Performed by First Nations artists and written by Roberts, a Widjubal woman, Natives Go Wild is a reclamation of Indigenous narratives, a reclamation of the space to tell those stories, and a celebration of those First Nations performers who offered much to their audiences for no real reward.

The performance we reviewed was the show’s first in front of an audience, and there’s certainly room for improvement. The pacing of the first half has to settle, and as good as Damian Robinson’s score is, some of the fade-outs and transitions between acts are a little awkward. But once it hits its stride in the second half, Natives Go Wild becomes totally intoxicating, successfully marrying its politics with an appropriate degree of razzle dazzle and humour. The show owes much of its success to its hilariously acerbic ringmaster, Maori artist Mika Haka, who is a commanding (and surprisingly comforting) presence in make-up that’s part Vegas showgirl, part traditional Maori face tattoo. You really haven’t lived until you’ve seen a man in fishnets, heels and a sequinned corset perform the haka.

Also bringing the laughs is circus veteran Beau James, whose clowning keeps becoming more and more ridiculous (there’s one bit of audience participation involving a rose and a whip that’s legitimately brilliant). Former Bangarra dancer Waangenga Blanco offers both showmanship and a physical expression of the way these performers were trapped by colonisation, while Josephine Mailisi brings plenty of circus spectacle with her contortion and aerial acts. Seini Taumoepeau is the show’s songwoman, providing a perfect musical backdrop and telling the story of the “Wizard of the Wire”, Con Colleano, and the bizarre Fiji Mermaid. And finally Rotuman performer Samuela Taujave is just about the most lovable cannibal you’ll ever meet, as well as a stunning knife juggler and dancer.

Every artist has their moment to shine, but director Chelsea McGuffin still has a few kinks to iron out before this show is a totally satisfying ride. As it stands, it’s tantalisingly close to brilliance. It should be there by the end of this premiere Sydney run, and hopefully it will get another season beyond this one.