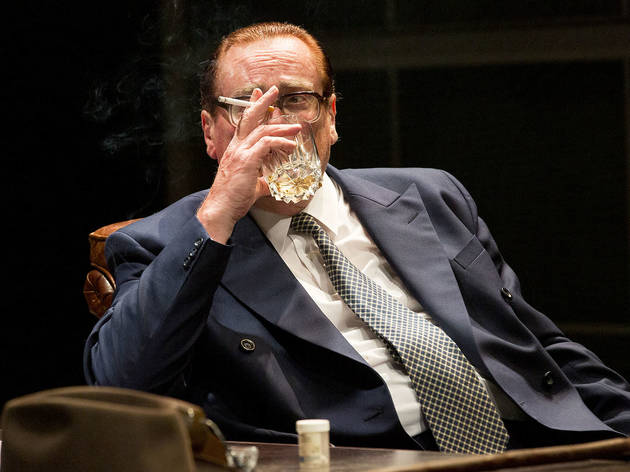 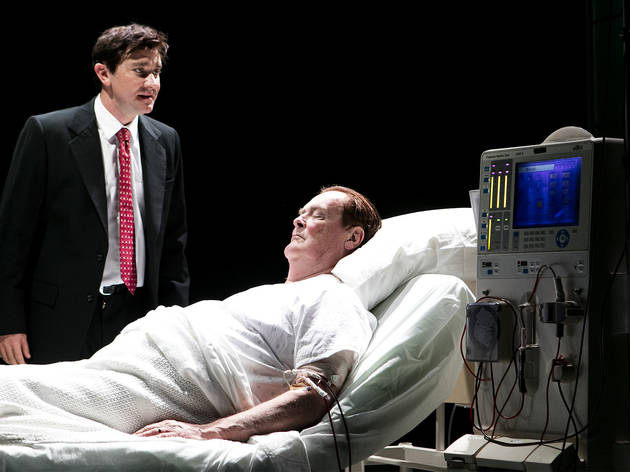 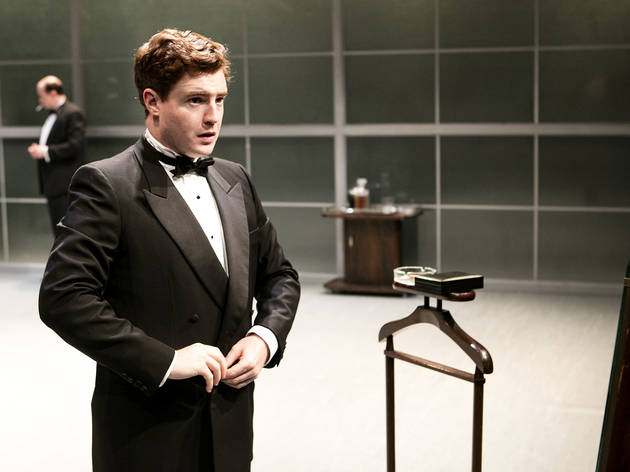 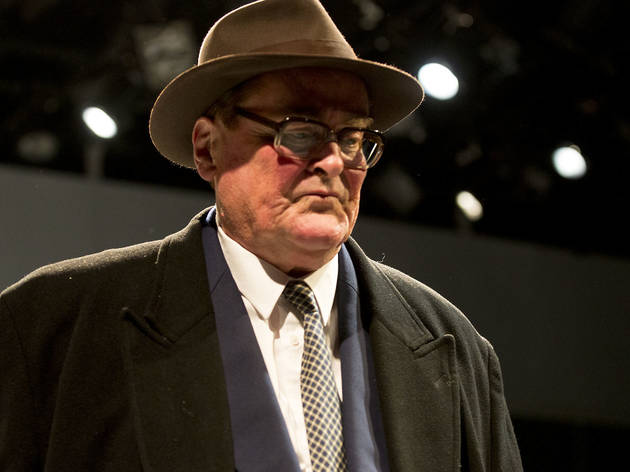 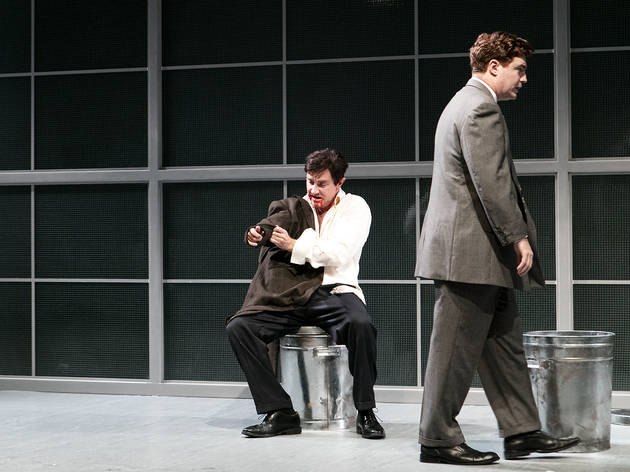 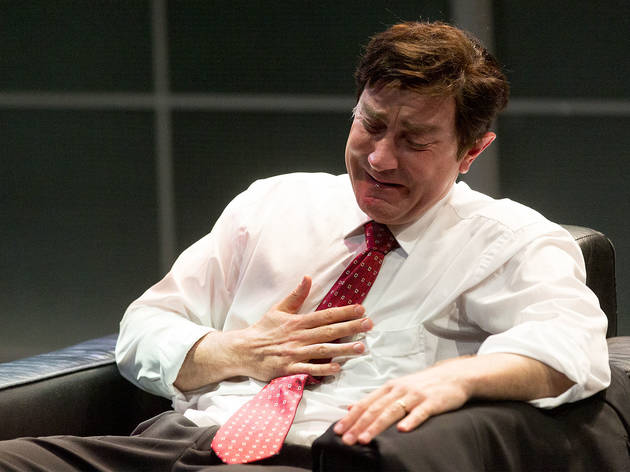 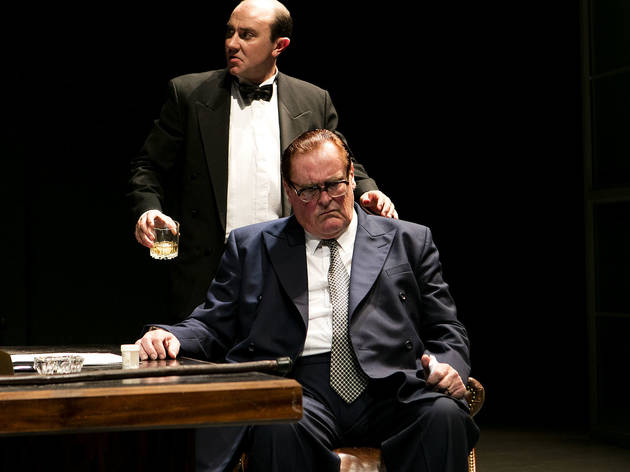 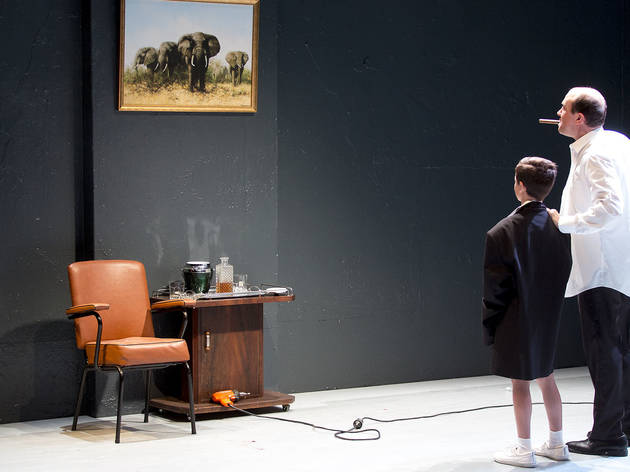 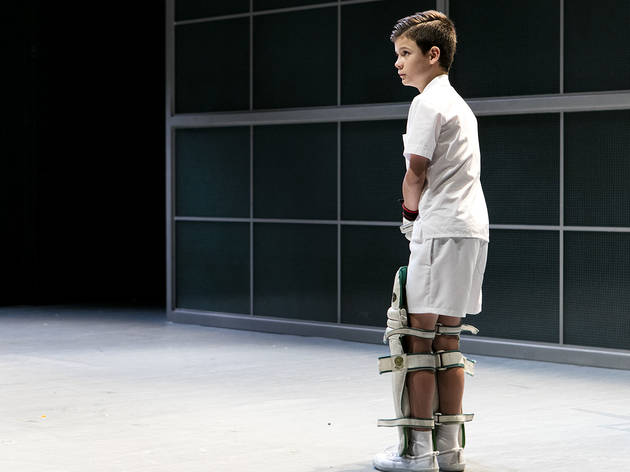 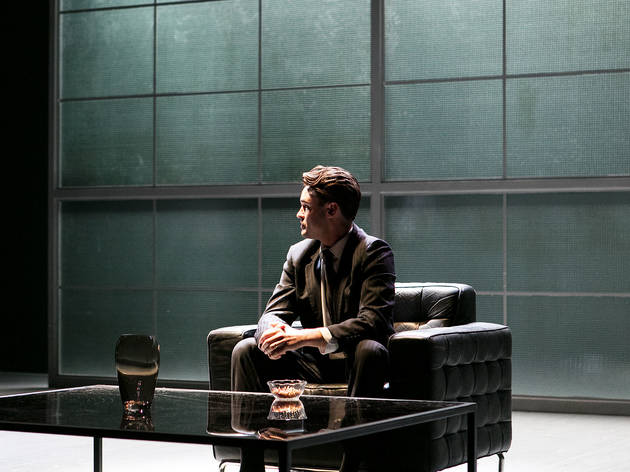 Sydney's rich and powerful are under the microscope at Belvoir

Due to overwhelming demand, Belvoir's production of Packer & Sons has now extended to January 5, 2020.

At one time or another either Frank, Kerry or James Packer has held Australia in the palms of their hands. Frank set up the family’s media conglomerate; Kerry, once the richest man in Australia, cemented a stranglehold on the press. James (currently ninth richest) is responsible for an empire of casinos.

The Packers are products of Sydney, or at this point Sydney is part product of the Packers, so it’s the right town in which to debut Packer & Sons, Tommy Murphy’s sharp new play about the patrilineage that has dictated, nearly single-handedly, how countless Australians view the world.

We watch Sir Frank (John Howard) berate young sons Kerry (Josh McConville) and Clyde (Brandon McClelland) largely because he can. Young Kerry is a mess – a drunk, a gambler, a brawler – but Clyde, the Carlton to Kerry’s Fresh Prince, plays the dutiful game. He cleans up his brother’s messes and follows his father’s every order, and the first time he pushes back, his claim to the Packer dynasty is killed by the stroke of his father’s pen. Kerry, the ‘dumb-dumb’ of the family, has cleaned himself up and gotten ruthless. (Clyde dons a caftan and moves to America; lucky Clyde. But then, the Good Son might have been a drug trafficker in California; goodness is relative).

Young Kerry turns into Old Kerry (Howard, again – the moment in which this change occurs is a genuinely magical bit of theatre business), and now, with son James (McConville again), he of course repeats the cycle. James is shouted at and demeaned by Kerry, but it’s a different generation, and this pair seems to actually love each other. (We don’t know if Kerry was the same with daughter Gretel – she, like all the women in the family, have been excised from the plot).

James is the Packer that struggles most with his power; his businesses collapse and so does he. We see it onstage (a baffled Lachlan Murdoch, played by Nick Bartlett, makes faint attempts to comfort him when he breaks down), and it’s a strain of humanity that, for a moment, almost seems to redeem the family line.

But in the world of Packer & Sons, wealth and power win every time.

Director Eamon Flack keeps a steady hand at the tiller; under him, performances are neatly calibrated and most actors don’t give in to easy, cheap shows of bluster (Howard’s older Packers are a bit too loud and a bit too flat, all at once, to feel terrifying or lived-in). Remarkably, despite all the actor doubling and sameness of expensive suits and spare sets (design by Romanie Harper), we always know exactly where we are in time or space – even when the timeline jumps around. With a glance, we know a Kerry from a James.

And it’s due to strong performances too that we stay in step with the world of the play. McConville is a force as Kerry and James, boorish then puppyish – he cuts through all the stultifying masculinity with much-needed humour (Anthony Harkin brings us the rest as OneTel co-founder Jodee Rich). McClelland is beautifully mannered as Clyde, and in several smaller roles; he brings in an edge of humanity from the real world, or as close as we ever get to it. Bartlett is silkily self-possessed as young Rupert and Lachlan Murdoch (John Gaden plays elder Rupert as a snake).

It’s difficult for a play focused as narrowly as this to deeply critique the world it inhabits, and we’re in a particular time when there’s a collective roar for critique. There are few outsiders, or events, in the play that offer us a lens through which to see the damage wrought by the family and their deals, and there’s nowhere to look but at the Packers.

Still, Murphy resists glamorising these men. He’s largely interested in examining that power through the sins of the father and how it shapes the sons; there is a young boy (the part is shared by Nate Sammut and Byron Wolfe) who moves silently through scenes, learning terrible behaviour through observation. Murphy is surprisingly firm – he doesn’t valorise the rampant abuse, misogyny and bias onstage – but all those men exemplifying the worst behaviours of a capitalist, patriarchal society is a tough slog in 2019 Sydney. The world outside can’t be entirely shut out.

But a tough slog is better than a celebratory take.

Still: what does it mean to sit and watch these men dominate this city and this country? To some, it could be a glimpse behind the boardroom door, a peek inside the superyacht. To others, it’s probably schadenfreude. To yet others, it’s probably a bit of a nightmare to watch a stage full of white men upset that their billions might become mere millions. Ultimately, it’s a very good play about behaviours that cause the world to burn. It offers insight without relief. It never promised relief.