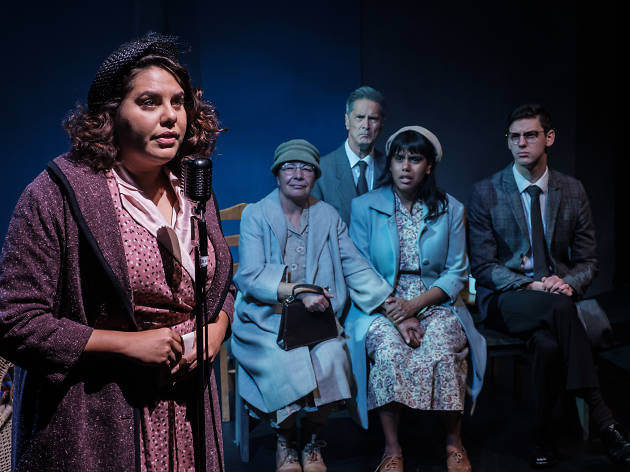 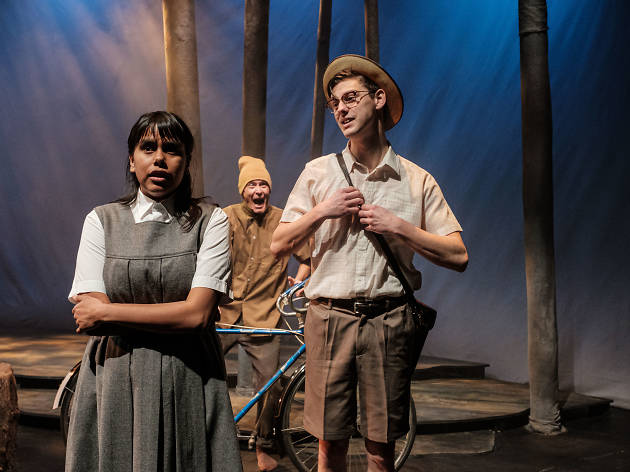 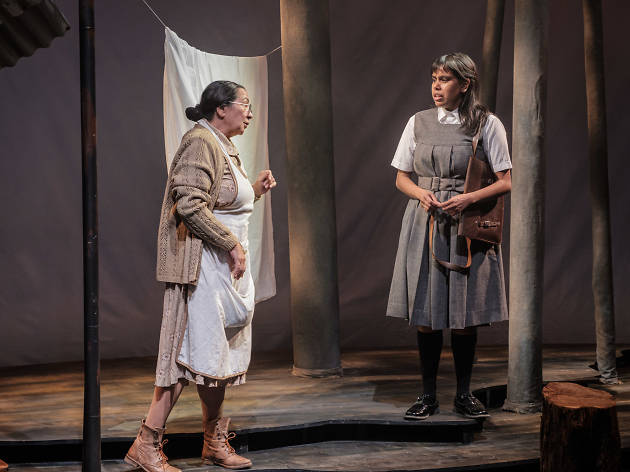 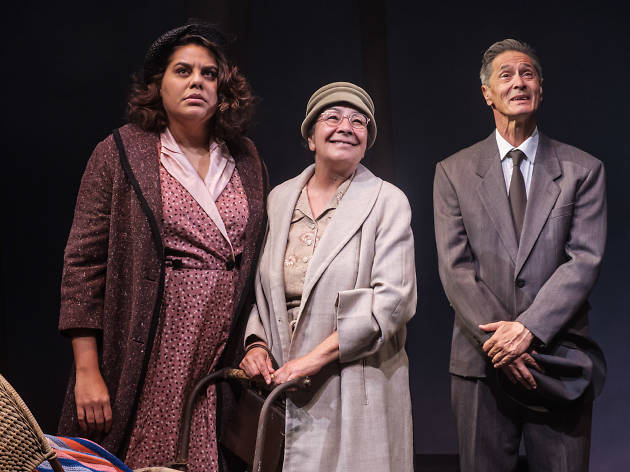 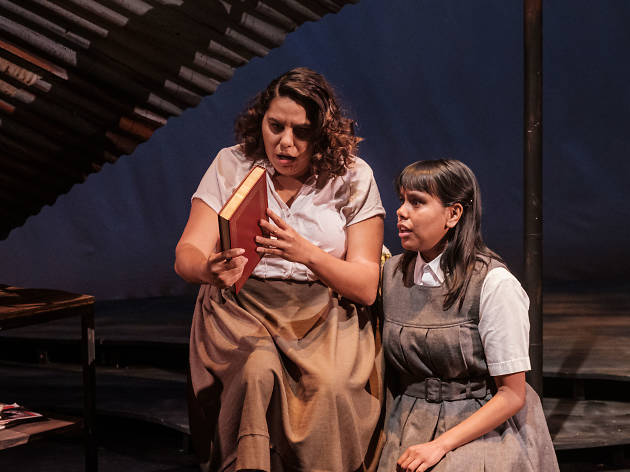 Three generations of women – grandma Nan, daughter Gladys and granddaughter Dolly – are living together in a humpy in Northern Victoria. It’s the 1950s and Queen Elizabeth is touring the country. Gladys, a bit of a royals tragic, just wants to get a glimpse of her. But of course, council has blocked the Queen from view with reams of hessian – hiding the poor housing constructed along the river for Indigenous families.

Rainbow’s End is about this housing inequality, but it’s also about resilience in the face of white supremacy. These three women each have different views of the world – Nan (Lily Shearer) is suspicious, Gladys (Dalara Williams) optimistic, Dolly (Phoebe Grainer) a heady, adolescent marriage of the two that craves everything in the world despite the world’s limitations for her, as a First Nations teenager in an Australia that, even though she’s on the cusp of 18, denies her the right to vote. The play crackles and sparks when the women are together.

On a set by Melanie Liertz that places a humpy against a backdrop of cork trees and the threat of a rising river, there are  multiple laborious entrances and exits that break the tension of the play. The production, directed by Liza-Mare Syron, occasionally feels clunky as these comings and goings stall transitions between scenes; the dramatic arc sputters in starts and stops. Still, when we’re focused on the women and their world, it shines. When Gladys and Dolly have a catalytic meeting with an encyclopaedia salesman (Lincoln Vickery), when Nan and Dolly commiserate about a shared experience, when Gladys starts to take on an active role in the fight for equal housing, you can’t help but be invested – especially when Shearer, Williams and Grainer bring such warmth and naked conviction to the stage. The women of this play are the smouldering fuel of this production; if you hold onto their performances and their stories, they’ll take you, emotionally speaking, where you need to go.

And even the staging, which often feels restrictive, has a moment to shine: on a terrible night for Dolly, as floodwaters rise and threats are unavoidable, Karen Norris’s lights transform the theatre in a thunderstorm; brilliant lightning strikes and the rain (sound design by Phil Downing) feels like it’s falling all around us.

Rainbow’s End, under Syron’s eye, has been staged for clarity. It’s frequently an assigned text in Australian high schools, and this production feels like essential viewing for those students – it’s made to be heard and plainly understood. There isn’t a single line tossed away; the words are carefully weighted and presented to us; the play is deliberately staged to ensure Jane Harrison’s script, and the points it wishes to make, cannot be missed. This means that, while the production can veer towards feeling a little formal and presentational, we’re never lost.

At the end of the play, when Gladys makes a speech demanding more from her country and the white systems of power who control this country, the production finally catches alight. It’s a rousing call to arms delivered beautifully by Williams that lands all the harder because we still have so far to go to create an equal nation. Onstage, for those final moments, Williams is a fire. It’s a hell of a note on which to end.